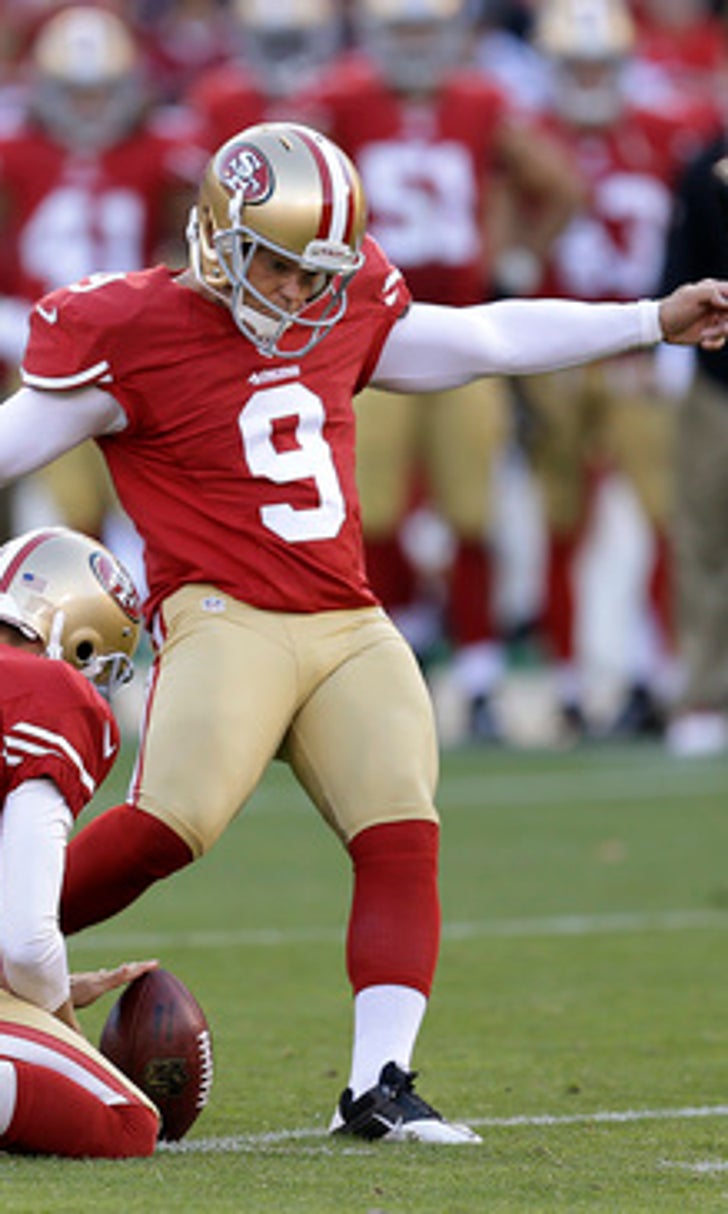 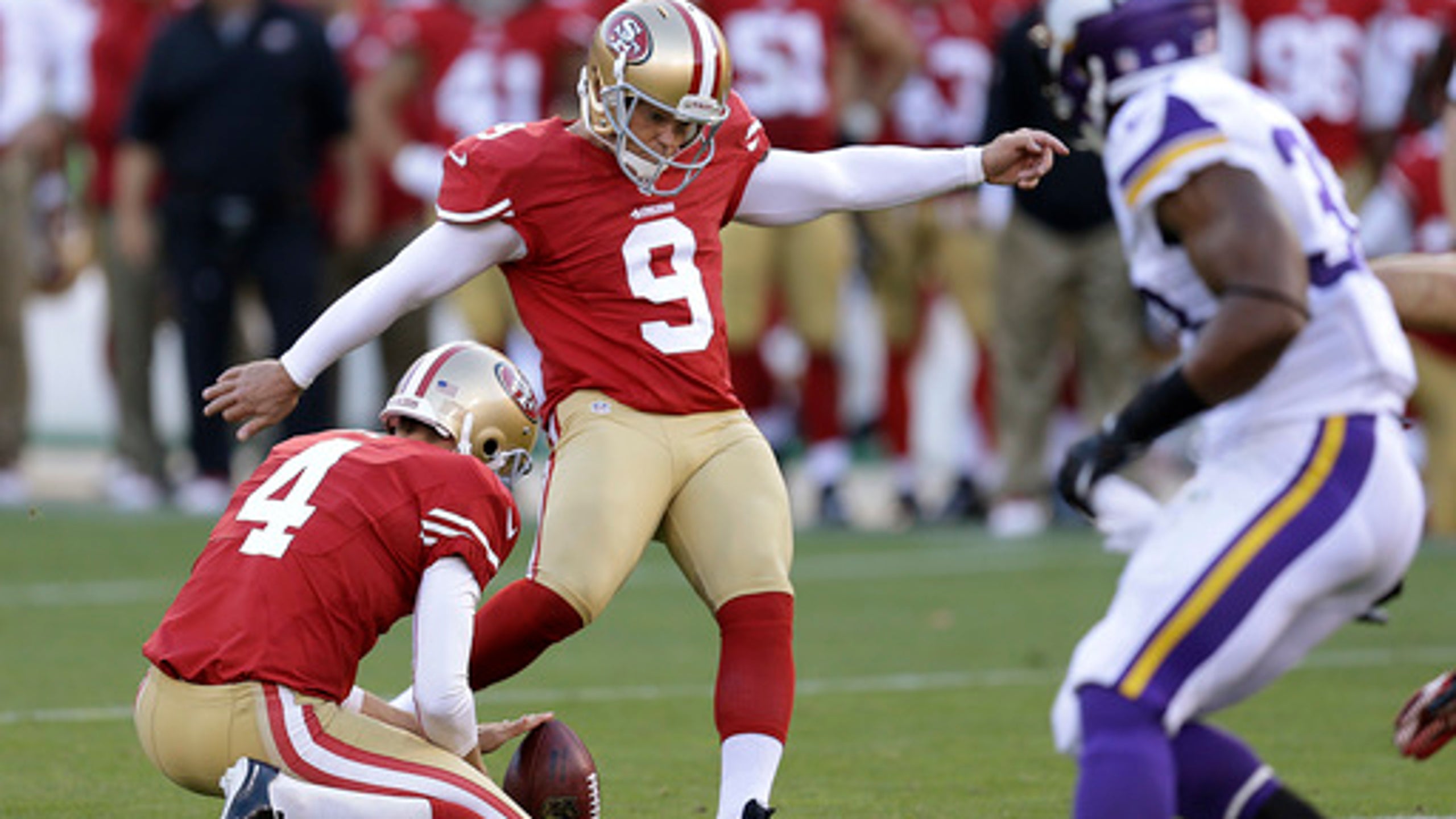 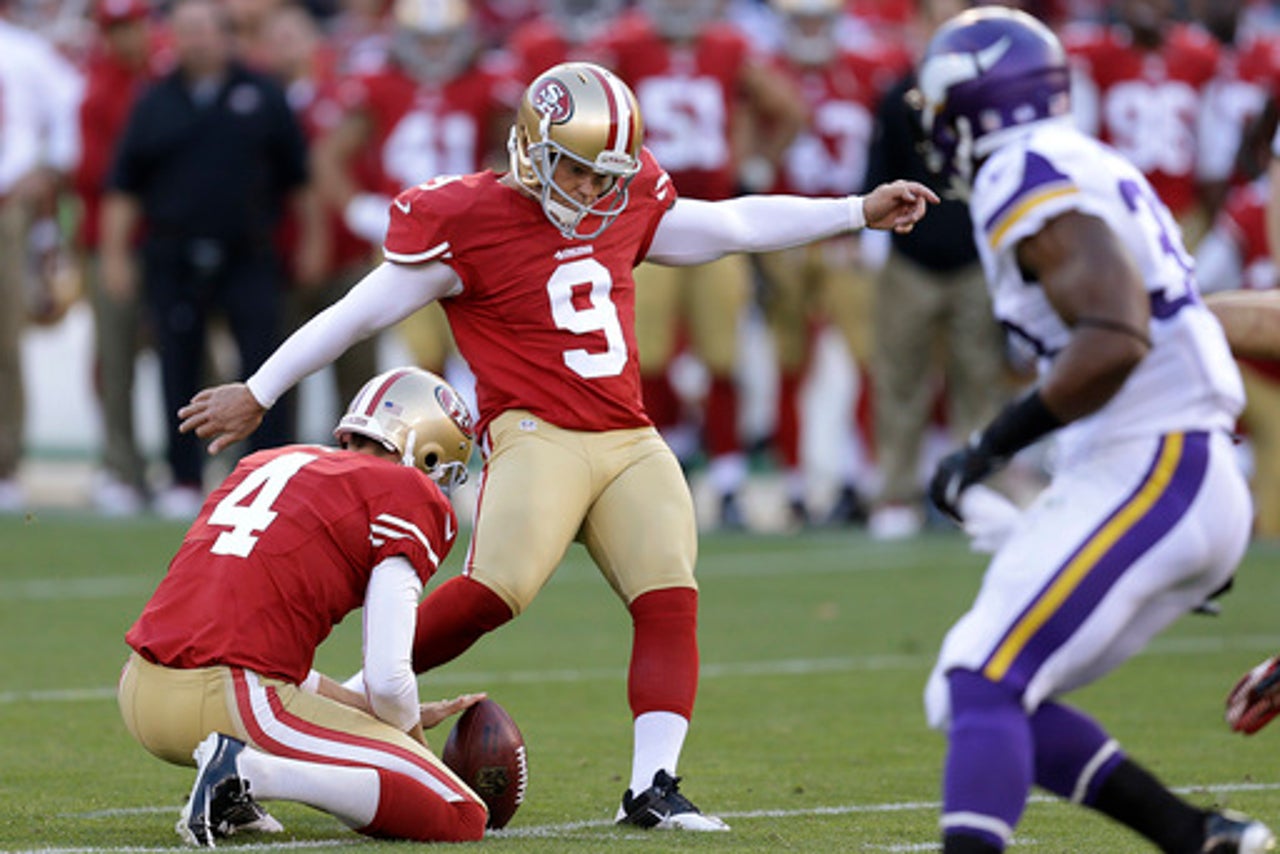 SANTA CLARA, Calif. (AP) Veteran kicker Phil Dawson reached agreement on a one-year contract to keep one of the San Francisco 49ers' most consistent players with the team for the 2016 season, two people with direct knowledge of the deal said Friday night.

The people spoke on condition of anonymity to The Associated Press because a formal announcement of his signing hadn't been made. That will happen once his contract is signed and returned to Santa Clara team headquarters given logistics with Dawson spending the offseason in Texas.

Along with being one of the most steady kickers in the league, Dawson also has been a valuable influence and example in a locker room that has dealt with its share of turmoil and change in recent years. The 49ers went 5-11 last season and fired first-year coach Jim Tomsula and replaced him with Chip Kelly. Now-Michigan coach Jim Harbaugh and the team parted ways at the end of the 2014 season after missing the playoffs following three straight trips to the NFC championship game and a runner-up finish in the Super Bowl after 2012.

Dawson, who turned 41 in January, had said he wanted to play at least another season and expressed his desire to remain with the Niners despite no longer handling kickoff duties he so loves. Dawson has said he considers it a ''win-win'' because he has been able to concentrate all of his efforts on field goals and PATs and feels much better physically over the grind of a long NFL season. He also enjoyed being a mentor to rookie punter Bradley Pinion last season.

''Very few people get a John Elway-type send-off,'' Dawson said late in the season of Elway going out a Super Bowl winner after the 1998 season. ''At the end of the day, you're a grown man coming to work, and if your team wins that's a super valuable added bonus. If you feel you can come contribute to your team and help your organization, you need to take satisfaction in that. I still want to do that.''

Dawson, who will enter his 18th NFL season and fourth with San Francisco after spending his first 14 years with the Browns, made 24 of 27 field goals last season including a long of 54 yards.

In January 2014 after 15 years, Dawson earned his first playoff victory - and 11 years after his lone previous trip after 2002 with Cleveland.

That came after he delivered on 32 of 36 field goals and made a franchise-record 27 in a row during his first season with the 49ers before that streak ended Dec. 29, 2013, at Arizona.

Who Is Nick Sirianni?
The Eagles have their new head coach. But who is the man tasked with solving Carson Wentz and Philly's long list of issues?
7 hours ago

Terri gets her Truck
Terri from Maryland scored Terry's brand-new truck last week, and you can be the big winner this week by downloading Super 6!
14 hours ago