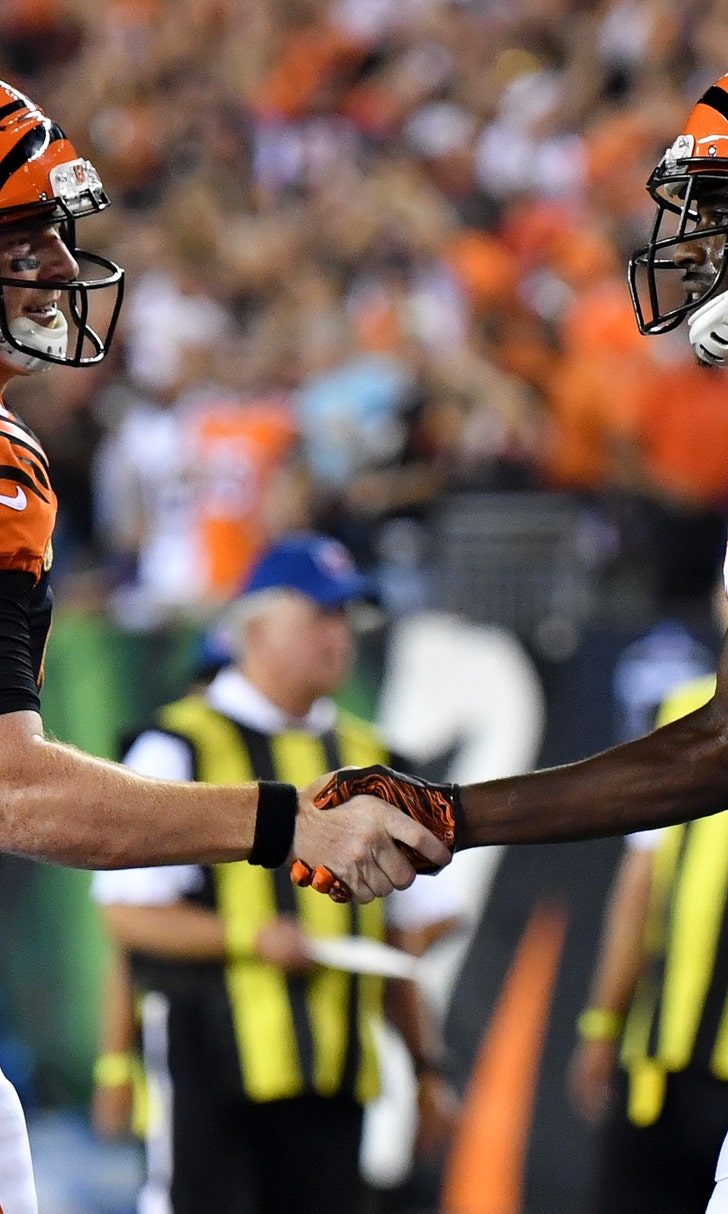 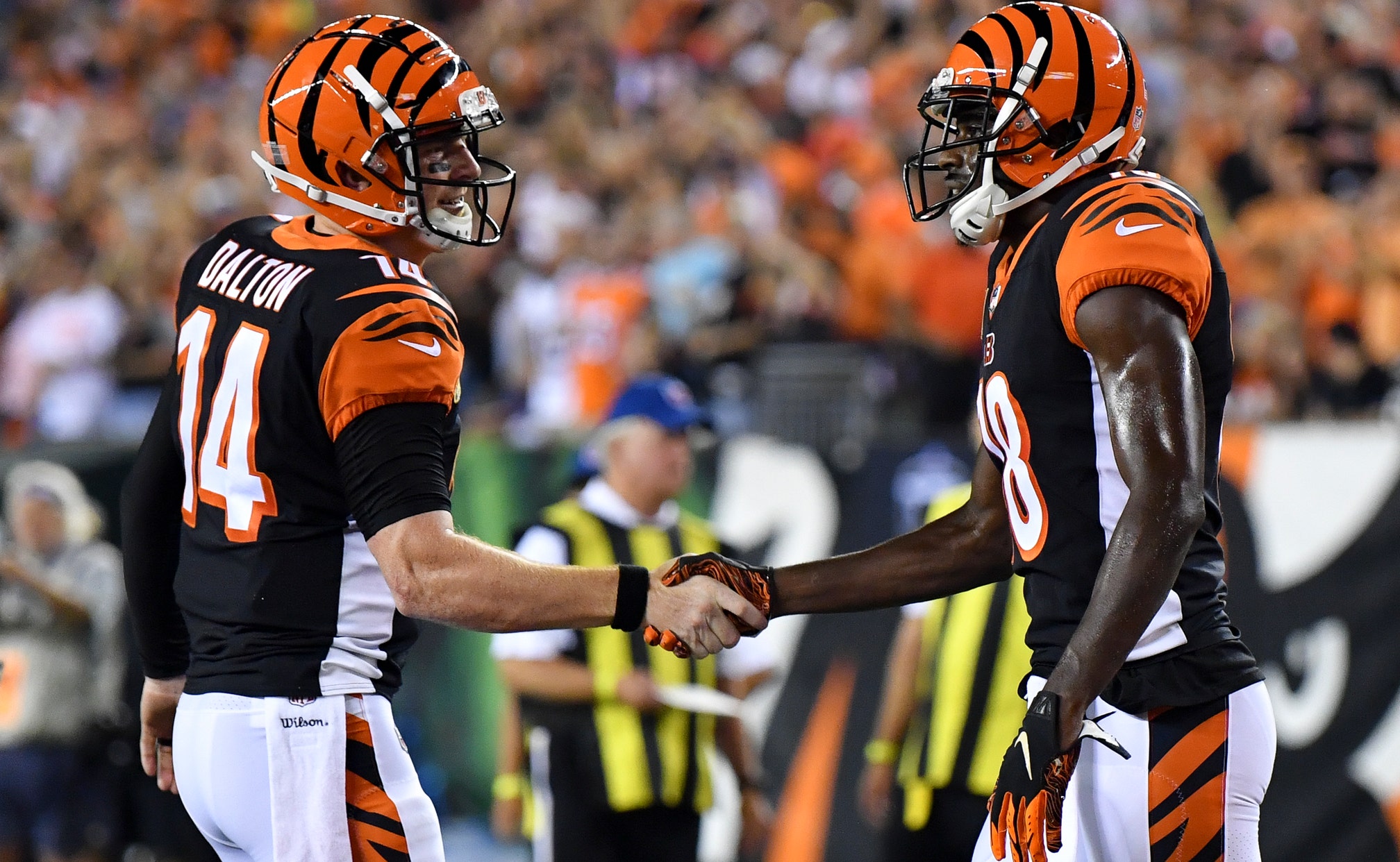 CINCINNATI (AP) — Andy Dalton kept the Ravens out of the playoffs last year by throwing a long touchdown pass. He sent them to another loss on Thursday night by throwing four more, getting the best of a defense that has bedeviled him for much of his career.

Dalton threw four touchdown passes in the first half — three to A.J. Green — and the Cincinnati Bengals held on for a 34-23 victory over Baltimore that made them the early leaders in the AFC North.

Dalton knocked the Ravens (1-1) out of postseason contention last season by throwing a 49-yard touchdown pass to Tyler Boyd in the closing seconds of the final game in Baltimore. On Thursday, he carved up a defense that has more often gotten the upper hand in their rivalry, leading Cincinnati (2-0) to an early 21-point lead .

"We came out hot," Dalton said. "That's exactly how we wanted to start the game. That's a big one — puts us 2-0 to start the year and gives us a leg up in the division."

Heading into the game, Dalton had thrown more interceptions (17) than touchdowns (15) against the Ravens, including a four-interception game at Paul Brown Stadium last season. Dalton finished 24 of 42 for 265 yards, throwing four touchdown passes for the fifth time in his career.

Green set the tone with touchdown catches of 4, 28 and 7 yards on consecutive possessions, a career high . Upset that he fumbled twice during a 34-23 win at Indianapolis on Sunday, he caught everything near him during the Bengals' early surge. Green finished with five catches for 69 yards.

"It just happened to fall that way," Green said. "We were clicking on all cylinders. We were in a groove."

The Ravens switched up their coverage on Green but couldn't stop him in the opening half.

"We did all that and he still made some great plays," coach John Harbaugh said.

Dalton's 14-yard touchdown throw to Boyd made it 28-7 late in the first half.

Joe Flacco was sharp in an opening 47-3 win over the Bills, but couldn't do anything against Cincinnati until the Bengals led by three touchdowns. Flacco threw a pair of touchdown passes , including a 21-yarder to John Brown that cut it to 28-23 with 9:35 left.

"You better bounce back quick on a Thursday night and we didn't do it quick enough tonight," Flacco said.

Flacco fumbled with 2:42 to go — Shawn Williams stripped the ball from behind — setting up a field goal by Randy Bullock that closed it out. Flacco finished 32 of 55 for 376 yards with two touchdowns, two interceptions and four sacks.

"We were coming in waves all night," rookie defensive end Sam Hubbard said. "Whoever was fresh was going out and making plays."

The Bengals honored their 1988 Super Bowl team at halftime, their last team to go deep into the playoffs. They haven't won a playoff game since the 1990 season, the sixth-longest drought in NFL history.

The Ravens had their streak of five straight Thursday night wins snapped. The Bengals are 6-14 in prime-time games since Dalton's rookie season of 2011 — 0-5 on Sunday night, 2-5 on Monday night, 4-3 on Thursday night and 0-1 on Saturday night.

The Bengals are 2-0 for the first time since 2015, when they won the division, and for only the fifth time during coach Marvin Lewis' 16 seasons. They're the first team to score at least 34 points in each of their first two games since the 2013 Broncos, who reached the Super Bowl, according to ESPN Stats & Info.

A young man in a black shirt ran onto the field in the closing minutes undetected until he got near Dalton. The fan was grabbed by security.

Ravens: LB C.J. Mosley left in the first quarter with a bruised knee. Harbaugh said an exam found no ligament damage, but Mosley could be sidelined for a while.