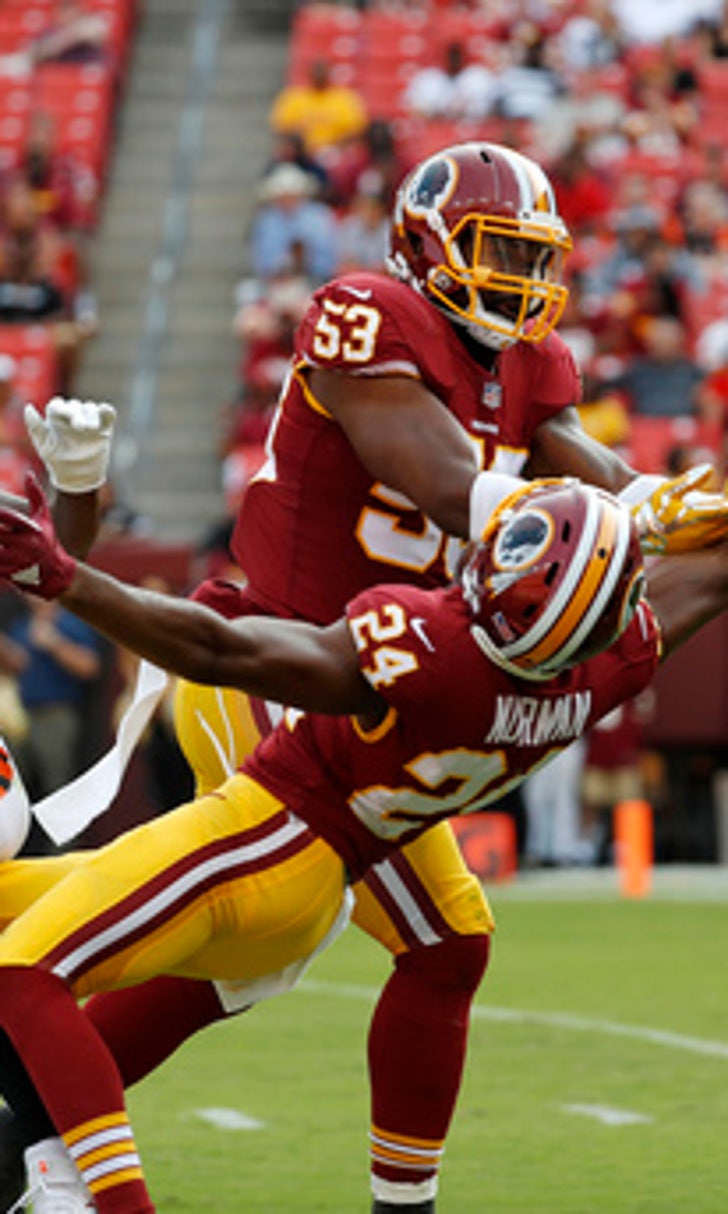 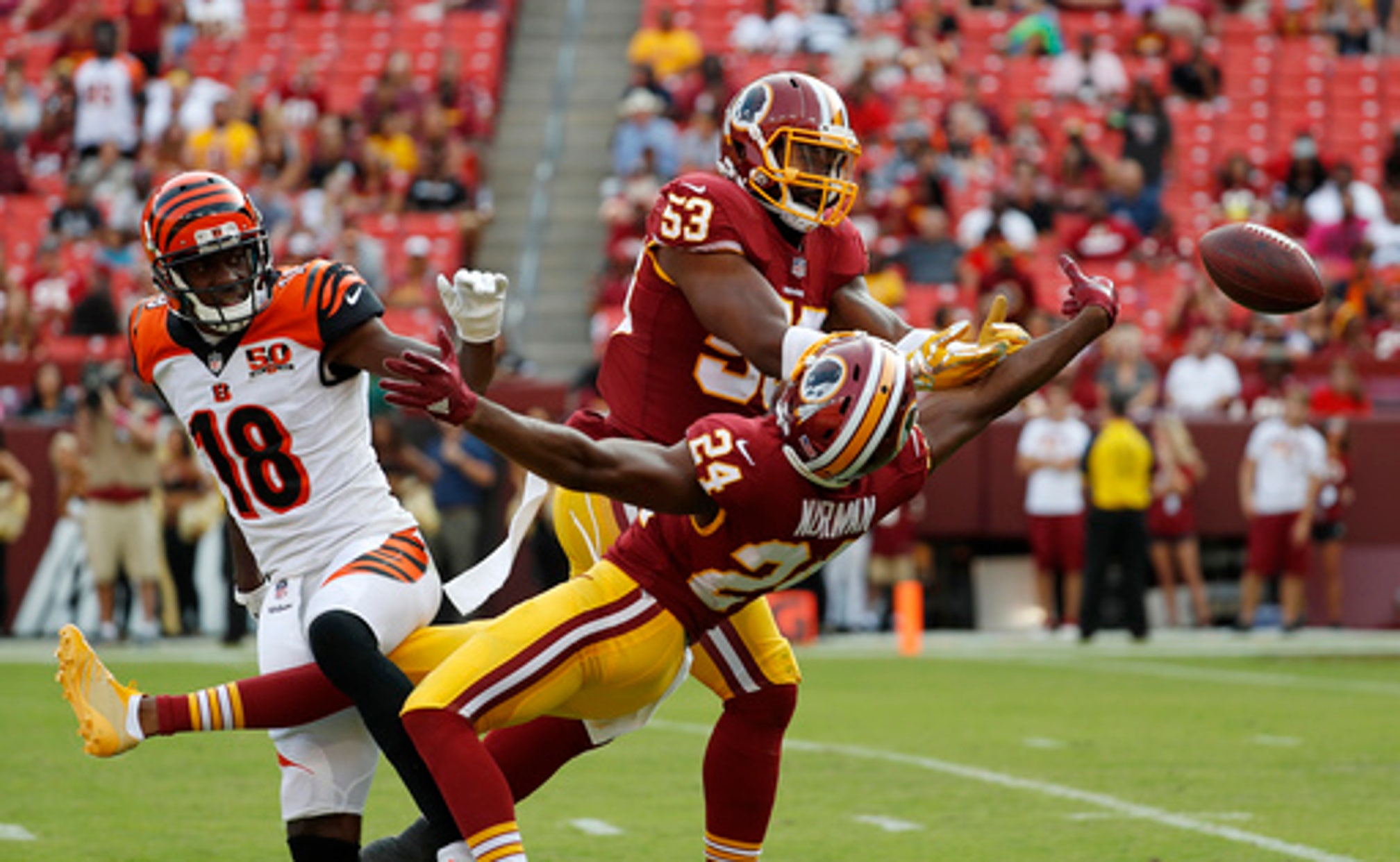 After chaotic offseason, Redskins should still be contenders

ASHBURN, Va. (AP) The difference between the Washington Redskins making and missing the playoffs last season might've been as close as a fumble in Detroit or a missed field goal in London.

But all the Redskins had to do was win a Week 17 home game against the New York Giants, who were locked into a playoff spot and had nothing to play for. It didn't go well.

''We should not have lost the last game of the season,'' team president Bruce Allen said. ''And from that Giant game on, the direction of this organization was: `We have to get better. We have to find out ways to win that game when we have that opportunity.'''

After that lackluster loss, the Redskins navigated a tumultuous offseason that included the firing of general manager Scot McCloughan and defensive coordinator Joe Barry , departure of offensive coordinator Sean McVay and promotion of Doug Williams and could be right back in the same spot in Week 17 at New York.

An uncertain NFC East gives Washington a chance for its first three consecutive winning seasons since the early 1990s.

Confidence, as Cousins acknowledged, ''is a great thing in this league, but you can't fake it.''

The Redskins lost their top two receivers in DeSean Jackson and Pierre Garcon and are coming off finishing 29th in the NFL on defense.

Even with those changes, they should be right there with the Giants, Dallas Cowboys and Philadelphia Eagles in the division race.

''Every team possesses a great challenge and that's what we have to understand,'' said coach Jay Gruden, who had his contract extended in the offseason. ''It's going to be about the team who makes plays in crucial situations, stays away from penalties and protects the football and gets the football out.''

Some things to watch with the Redskins this season:

COUSINS' VALUE: An inconsistent preseason likely has more to do with integrating new receiver Terrelle Pryor and 2016 first-round pick Josh Doctson than any distraction with Cousins' contract status, but he'll continue to be judged all season. Cousins would get a raise from $23.9 million to $34 million if he's tagged a third consecutive season, but could get a long-term deal from someone if he plays well and/or leads Washington to the playoffs.

''All I have to do, all anybody with a one-year deal has to do, is focus on winning football games,'' said Cousins, who threw for 25 touchdowns and a franchise-record 4,917 yards last season. ''If you do that, there is going to be plenty of opportunities down the road.''

ON THE DEFENSIVE: Red zone and third down defense played a major role in sinking the Redskins' 2016 season, so Barry lost his job and the front office promoted Greg Manusky to defensive coordinator and brought in safety D.J. Swearinger and linebacker Zach Brown. Manusky's more aggressive defense should allow Josh Norman, an All-Pro cornerback in 2015 with Carolina, to make more big plays.

''I like this scheme, I enjoy this scheme,'' Norman said. ''Coach Joe Barry had some great things that I really did like and I wanted to play it to the best of my abilities. This one right here, it feels like it's in my backyard. It's going to be a fun year.''

PRYOR-ITIES: Cousins has tight end Jordan Reed as a safety valve in the passing game, but Pryor must be good for there not to be a big drop-off in the absence of Jackson and Garcon. Spending time working after practice and being a former quarterback, Pryor should be able to develop some chemistry with Cousins - an absolute necessity to avoid defenses focusing on and shutting down running back Robert Kelley.

GRUDEN IN COMMAND: With McVay leaving to coach the Los Angeles Rams, Gruden assumed play-calling duties and will shoulder more responsibility than before.

How Gruden delegates responsibilities on defense and manages the run/pass balance on offense will go a long way to determining if the Redskins are a true playoff contender.

HEALTH IN FOCUS: Reed , Doctson and linebacker Junior Galette, who missed the past two seasons with torn Achilles tendons, all must show they can stay healthy because they're no longer luxuries. Doctson is being counted on to be at least the Redskins' third receiver, and Galette has to be an effective pass rusher with Trent Murphy out for the season with a knee injury. Reed has to play or the Redskins' offense can't get much accomplished.