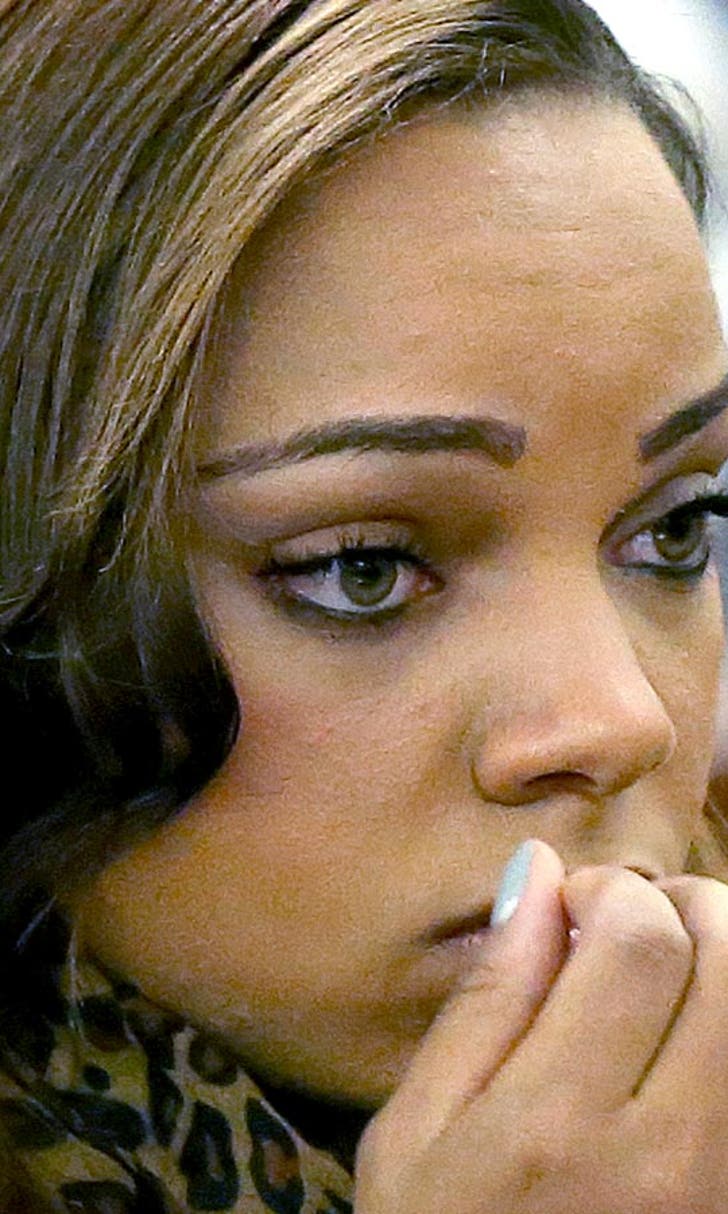 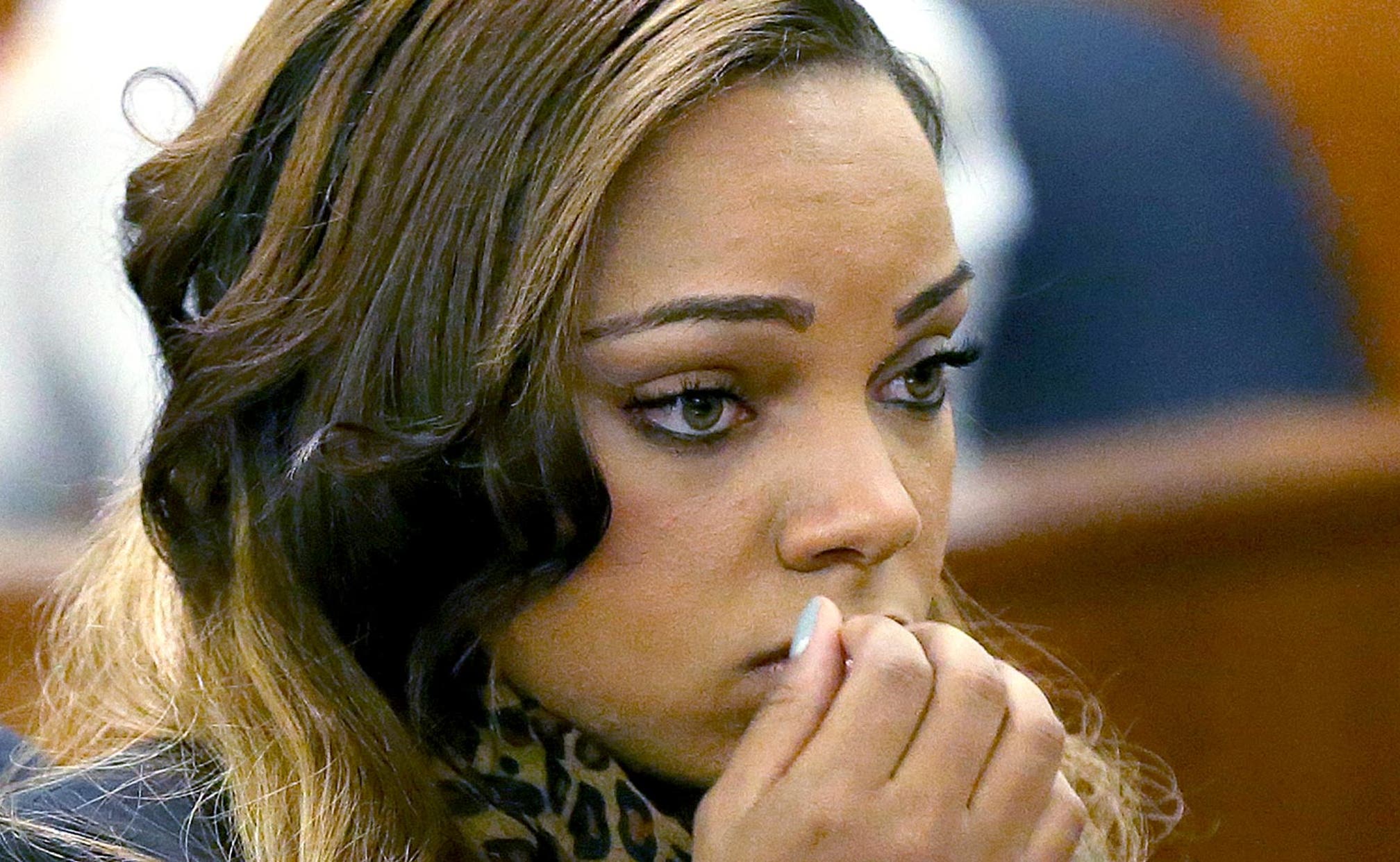 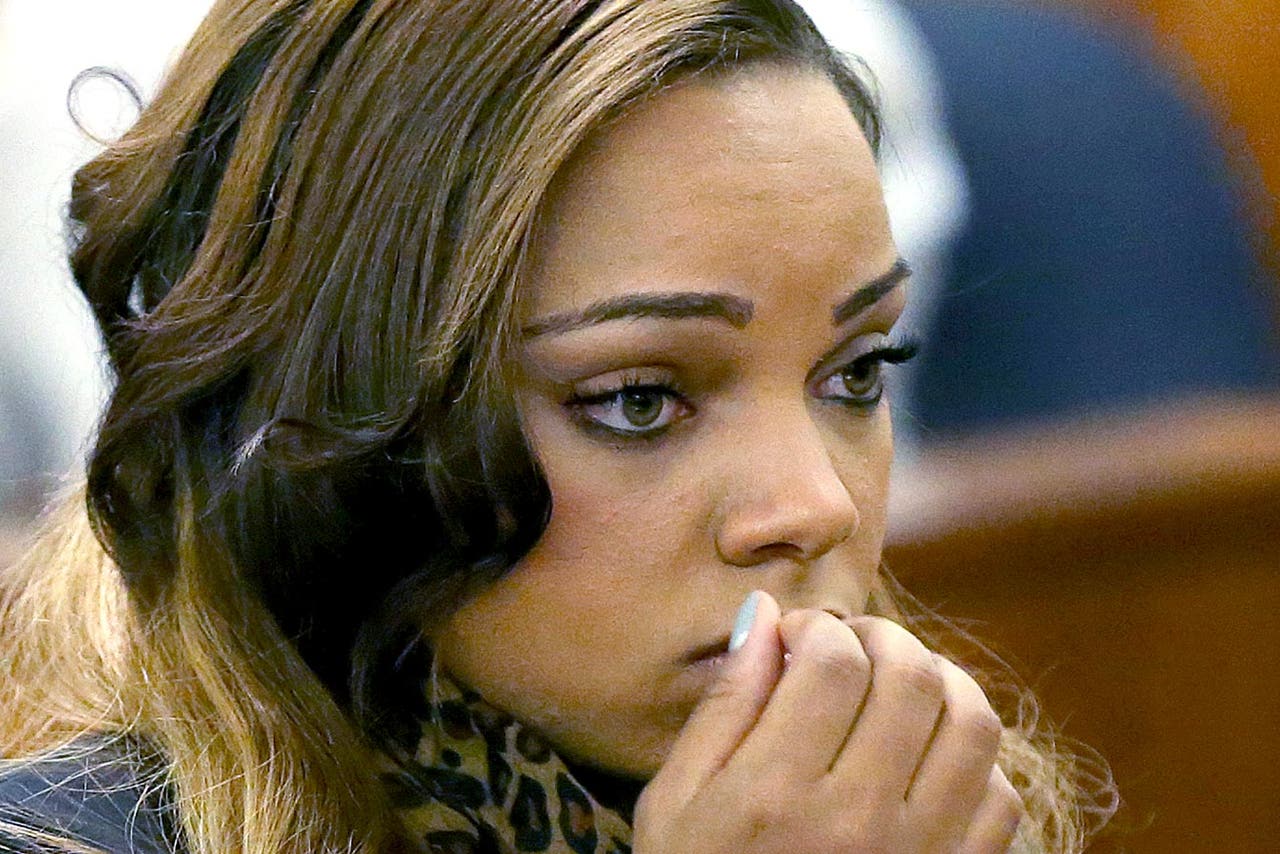 That testimony could help solve a mystery that has frustrated investigators for more than a year: What happened to the .45-caliber Glock pistol that was used to kill Odin Lloyd?

Prosecutors have long alleged that Shayanna Jenkins, acting on Hernandez’s orders, secreted the Glock out of the home they shared, drove to an undisclosed location and ditched it. Jenkins was indicted on a perjury charge, accused of lying to a grand jury 29 times about her knowledge of evidence in the case and her conversations with Hernandez, with whom she has a 2-year-old daughter.

On Thursday, Judge E. Susan Garsh signed an order granting Jenkins immunity. The move came a day after the woman and her attorney spent more than an hour in a closed-door hearing with prosecutors – and it holds the potential to dramatically alter the course of the prosecution’s case against Hernandez.

The petition seeking to grant Jenkins immunity, which was filed by prosecutors, was sealed because it includes grand jury testimony, which is never made public.

The perjury case against her has not been resolved, although it is likely the charges will be dropped at some point as part of the immunity deal.

A cousin of Hernandez’s, Jennifer Mercado, was granted immunity after a separate hearing Wednesday. She and her attorney, E. Peter Parker, declined to comment after they left the courtroom.

Hernandez, 25, faces one count of murder and two firearms charges in the June 17, 2013, killing of Lloyd, who was gunned down in a secluded field less than a mile from the player’s home.

Prosecutors have alleged that Hernandez summoned two associates from his hometown of Bristol, Conn., to his Massachusetts home late the night of June 16, 2013, and simultaneously made plans to meet with Lloyd. Hernandez then allegedly drove the other two men, Carlos Ortiz and Ernes Wallace Jr., to the Dorchester neighborhood of Boston, picked up Lloyd, and returned to North Attleboro.

According to court documents, Hernandez allegedly drove into a secluded area in an industrial park that is surrounded by woods and mounds of asphalt, gravel and dirt. There, Lloyd was shot multiple times.

Although prosecutors have not said who they believe fired the fatal shots, they have asserted that Hernandez “orchestrated” the killing. Ortiz and Wallace have also been indicted on murder charges but will be tried separately. The prosecution does not plan to call either as a witness in the trial.

The process of picking a jury for Hernandez’s trial begins Friday and is expected to take more than a week.

From the beginning, the effort to locate the murder weapon has been a source of frustration for investigators, who know from shell casings found at the scene that the pistol that fired the fatal shots was a Glock.

According to court documents, images from Hernandez’s home surveillance system show him holding what is alleged to be a black handgun minutes after Lloyd was killed.

Prosecutors previously asserted that Jenkins repeatedly misled the grand jury about her actions the day after the murder, contending that she could not recall details.

According to previously released court documents, Hernandez sent a text message to Jenkins the day after Lloyd was killed.

It read: “Go in back of the screen in movie room when u get home an there is the box avielle likes to play with in the tub jus in case u were looking for it!!!! Member how u ruined that big tv lmao WAS JUST THINKIN bout that lol wink wink love u TTYL ..... K”.

Prosecutors have asserted that was a coded message directing Jenkins to get rid of the gun.

A short time later, prosecutors have alleged, Jenkins took a heavy object – such as a gun lock box – out of the home inside a trash bag, put it in the trunk of her sister’s car, and drove away. She was gone a little more than a half hour, and when she returned the trash bag and the object inside it were no longer in the car, according to court documents.

According to court documents, her sister, Shaneah Jenkins, was later told by one of her uncles that Hernandez called Shayanna Jenkins, that she handed the phone to him and others and that Hernandez wanted “weapons taken out of the house.” The uncle would also tell Shaneah Jenkins that the weapons were ditched in “the woods.”

Investigators later found a .22-caliber Jiminez pistol a short distance from Hernandez’s home that court papers describe as looking as though it was tossed from a car.

The area where Hernandez’s home is located is adjacent to areas that are forested.

Prosecutors have also alleged that Shayanna Jenkins lied when she told the grand jury she did not know what happened to a white sweatshirt belonging to Hernandez. Previously released court documents have said Hernandez was wearing a “very light-colored or white hooded sweatshirt” at the time Lloyd was killed.

The earlier immunity order was for Hernandez’s cousin, Mercado. It is not clear what her testimony might cover. Her sister, Tanya Singleton, was earlier convicted of contempt for refusing to testify before the grand jury and was sentenced to home confinement. Singleton also faces an unresolved charge of accessory after the fact to murder, accused of helping Wallace flee to Florida after Lloyd’s murder.

Hernandez has separately been indicted on multiple murder and assault charges in a July 16, 2012, shooting in South Boston that left two men dead and another wounded.

In the Boston killings, prosecutors have alleged that Hernandez became enraged after a man bumped him on a nightclub dance floor, spilling his drink, and failed to apologize. Later, they alleged that Hernandez followed the man and his friends as they drove away from the club, then pulled up next to their car at a stoplight and opened fire with a .38-caliber revolver, killing Daniel De Abreu, 29, and Safiro Furtado, 28, and wounding another man.

That trial was originally scheduled to begin May 28, but the judge there indicated recently he would push it back given the anticipated length of the trial in the Lloyd case. No new trial date has been set.​

Titans-Steelers Game Postponed
The Titans and Steelers will see their Sunday tilt moved to either Monday or Tuesday after a COVID-19 outbreak in Tennessee.
17 hours ago