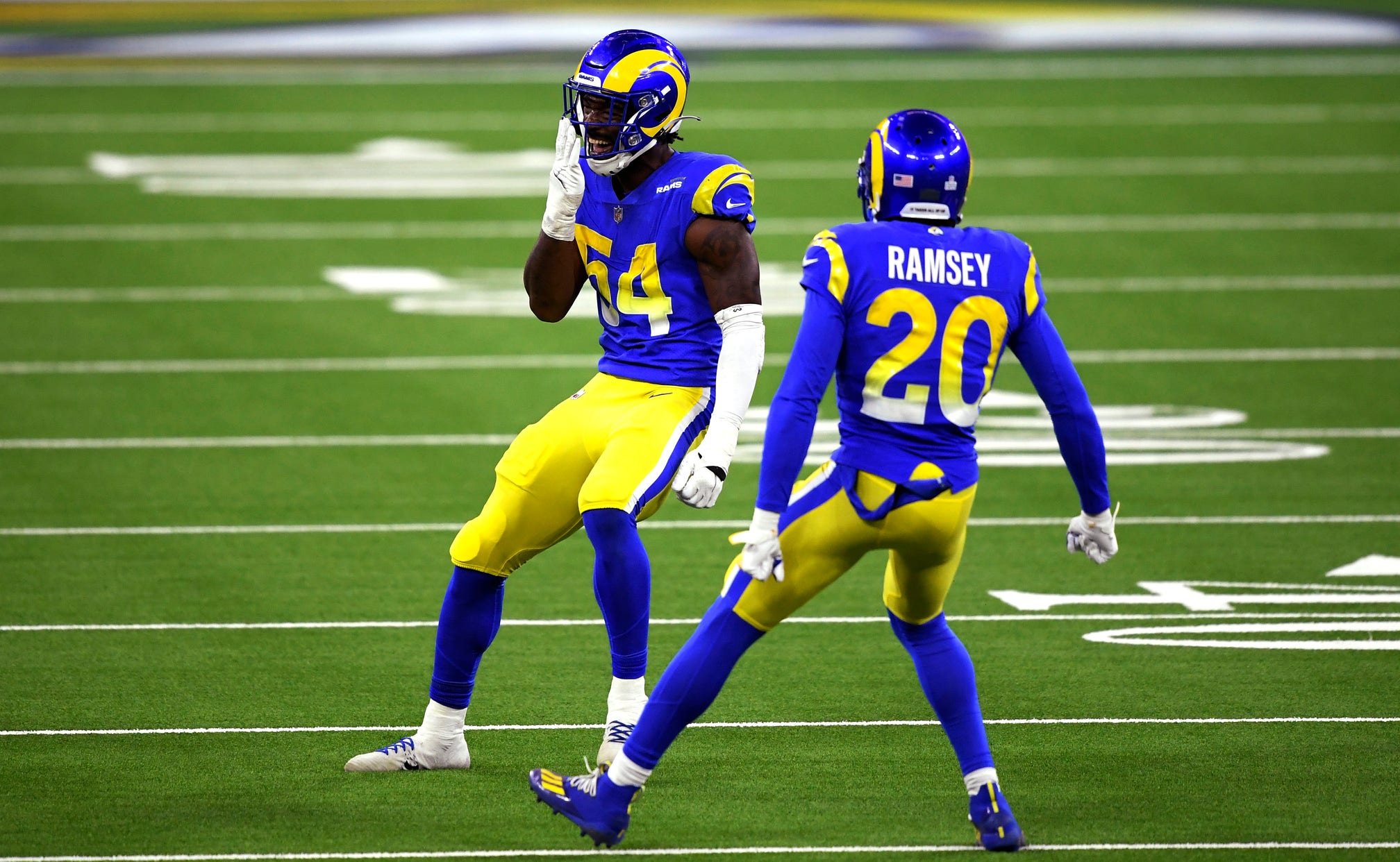 Both the Los Angeles Rams and Chicago Bears are 5-2 after Week 7, but it is clear they are on two different playing fields after their Monday night matchup.

The Rams defeated the Bears 24-10 to ensure that they didn't lose their second consecutive game.

The Bears entered Monday night averaging 21.3 points per game, which ranked 27th in the NFL.

Juxtapose that with a Rams defense that is only allowing 19 points per game, good enough for third best in the league, and the results of tonight's matchup were to be expected.

The Bears were only able to score three points offensively while their quarterback, Nick Foles, was sacked four times and hit eight times.

That pressure is what led to two Foles interceptions and only 279 total yards.

The dominant defensive performance from the Rams elicited positive reactions from Twitter.

Week 7 wasn't a dominant performance by the Rams offensively, but it was an efficient one.

The Rams racked up 373 total yards, 166 from rushing and 207 yards passing. And it seemed as if everybody on the team touched the ball tonight.

Seven different players recorded a reception for the Rams, with five catching at least two balls from quarterback Jared Goff, who was 23-for-33 passing for 219 yards and two passing touchdowns.

On the ground, five different Rams recorded a rushing attempt, led by the tandem of Malcolm Brown and Darrell Henderson Jr., who combined for 25 carries and 121 yards.

3. Keeping pace in the NFC West

This win moves the Rams to 5-2 on the season, but it also looms large in the NFC West standings after the Seahawks lost to the Cardinals this week.

The Rams move into a tie for second-place in the division with the Cardinals at 5-2, placing them only a half game behind the first place Seahawks (5-1).

The win also keeps them a game ahead of the fourth place San Francisco 49ers (4-3), who defeated the Rams 24-16 last week.

The NFC West is the only division in the NFL with all four teams currently above .500.

The NFC East's Pain Is Your Gain
As he makes his Week 13 picks, Geoff Schwartz offers up a tasty wager against every single team in the "NFC Least."
10 hours ago