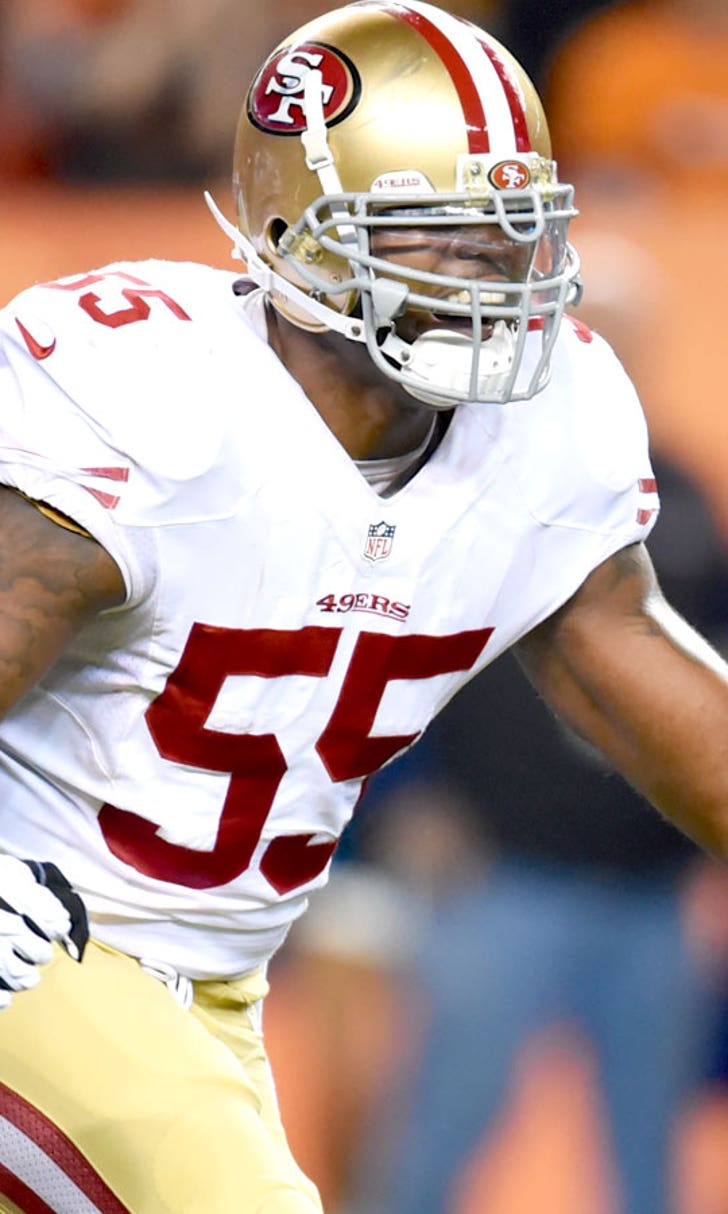 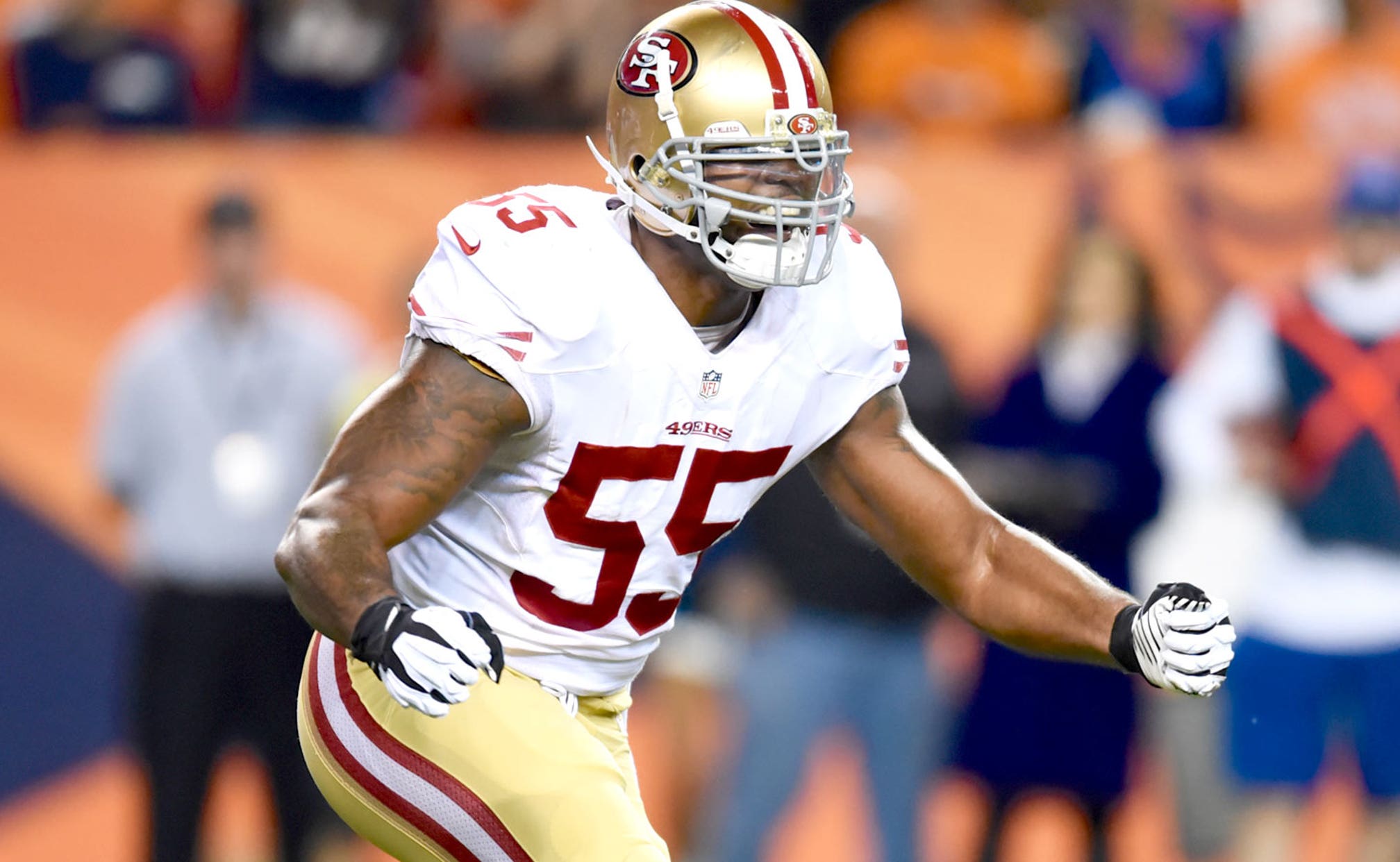 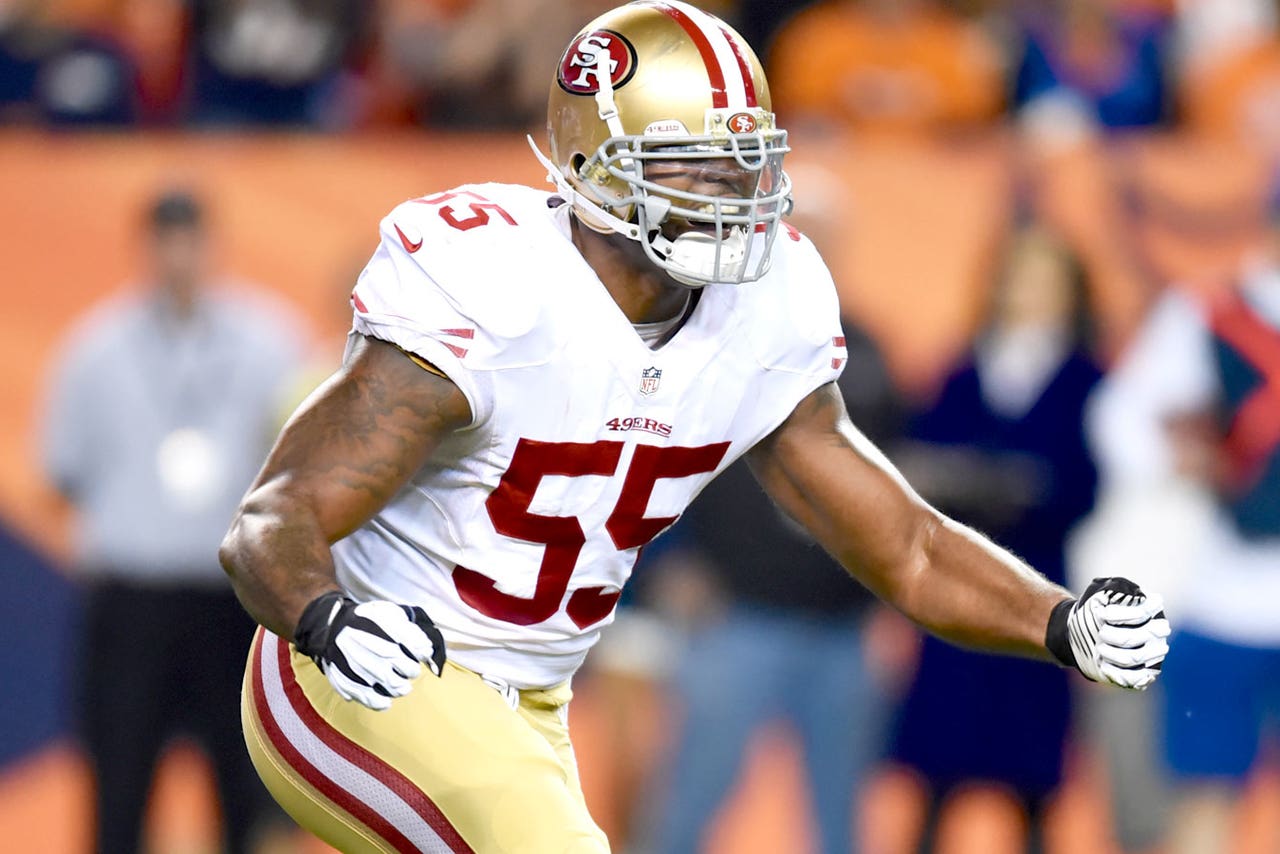 The San Francisco 49ers have kept linebacker Ahmad Brooks on the active roster, and said Saturday they are in contact with the NFL and that both the judicial process and league evaluation will determine any further action following his legal trouble last month.

Coach Jim Tomsula said on a conference call he expects Brooks to play in the season opener Sept. 14 against Minnesota at Levi's Stadium. The coach noted he isn't sure whether Brooks will face a suspension by the league.

"We have been in close communication with the league and a preliminary status decision has been made regarding Ahmad Brooks," the team said in a statement. "Ahmad will remain on the active roster. In addition to the steps the organization has taken to this point, both the judicial and the league process under the Personal Conduct Policy will continue. Those processes will dictate any further action."

The team sent Brooks home from Colorado, where the Niners were holding joint practices with the Broncos before a preseason game, on Aug. 27, a day after he was charged with misdemeanor sexual battery.

The Santa Clara County District Attorney's Office charged Brooks for an alleged assault on Dec. 15 at the home of former teammate Ray McDonald, who was indicted Aug. 26 by a grand jury on a charge of rape of an intoxicated person involving the same victim. An arraignment for Brooks had yet to be scheduled.

In a civil lawsuit filed in May against both men, a woman accused Brooks of groping her while she was unconscious at McDonald's home.

The woman said she slipped and fell on a pool deck at McDonald's house in December 2014 and continued to fall after that due to her initial head injury and alcohol consumption. McDonald initially thought she was dead, but did not call 911, telling others he didn't want a dead female found on his property, according to the suit.

At some point, Brooks groped her before McDonald carried her upstairs to his bedroom and sexually assaulted her, the lawsuit claimed.

George Kittle Is Just Getting Started
George Kittle is driven by his desire to be great. Martin Rogers goes one-on-one with the San Francisco 49ers' outspoken star.
22 hours ago

Cowboys Complete Improbable Comeback
Somehow, Dallas did it. Check out the major takeaways from the Cowboys' late rally and the rest of the NFL's morning slate.
September 20
those were the latest stories
Want to see more?
View All Stories
Fox Sports™ and © 2020 Fox Media LLC and Fox Sports Interactive Media, LLC. All rights reserved. Use of this website (including any and all parts and components) constitutes your acceptance of these Terms of Use and Updated Privacy Policy. Advertising Choices. Do Not Sell my Personal Info