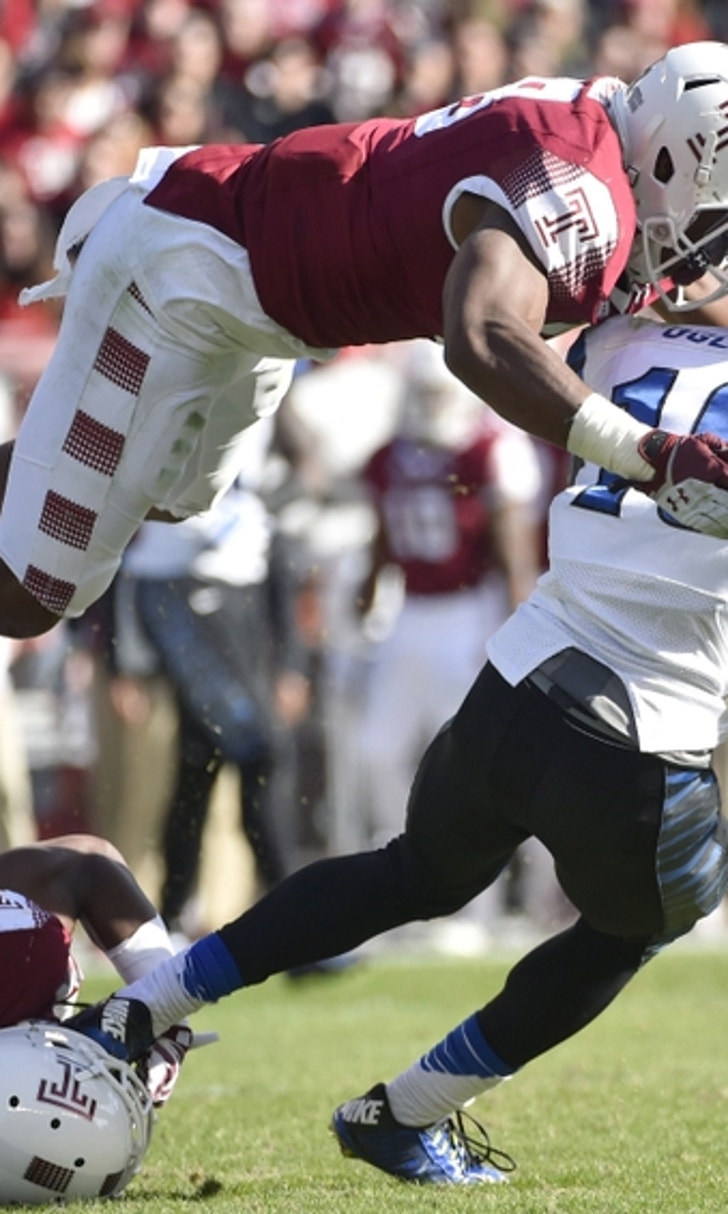 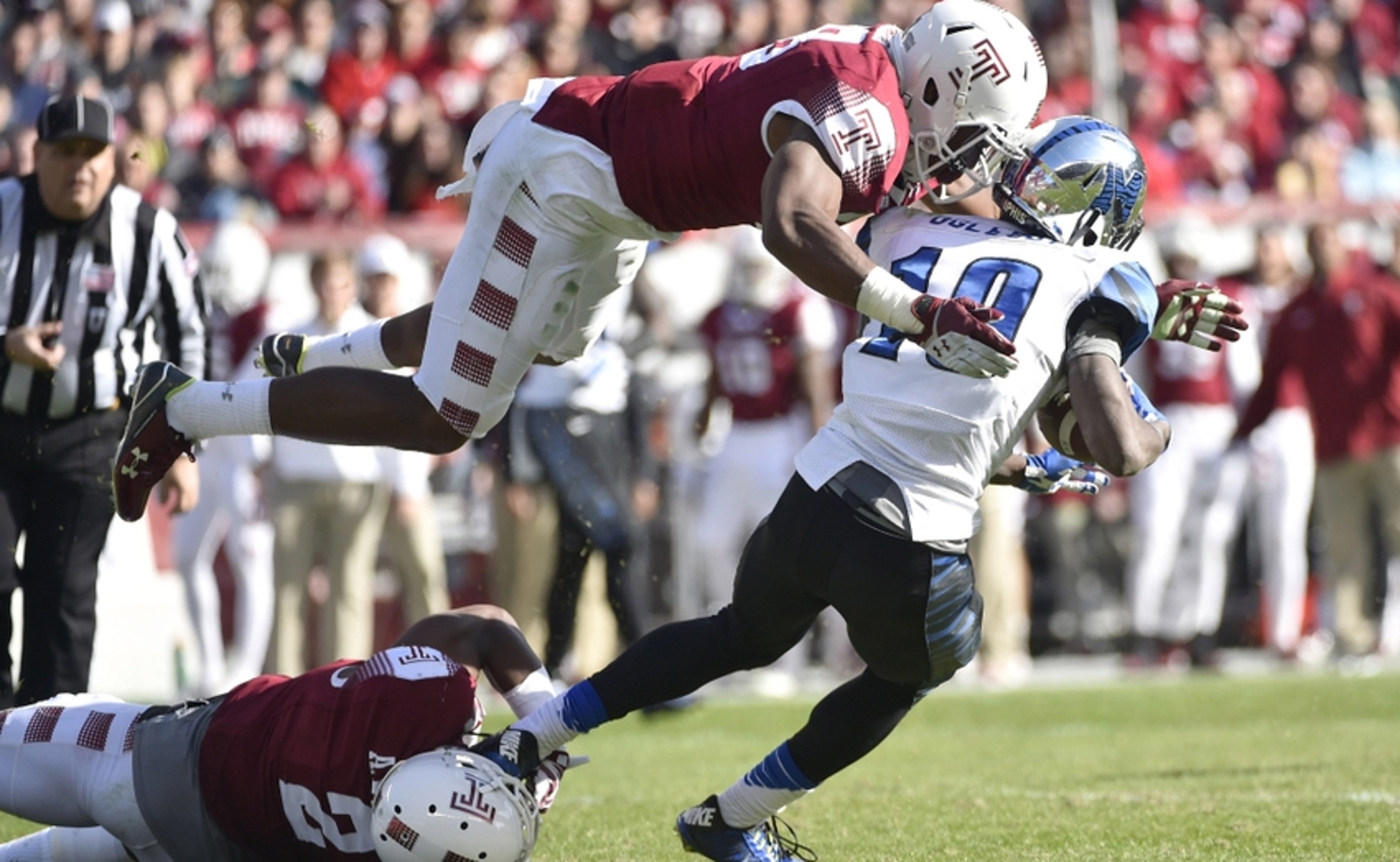 BY Fansided and Mike Flannery/FanSided via Bear Goggles On • December 26, 2016
share

College football bowl season is officially underway. If you are like most NFL fans, you know some of the top NFL draft prospects but that is about it. Since the Bears season has been over for awhile, I’ve been looking forward to the draft for a few months now and have gotten an early start on my scouting for the 2017 NFL draft.

Like last season, I will be breaking down the potential NFL players in most bowl games to give you an idea who to watch. I’ve tried to list at least one player on each team who has a shot at hearing their name called in the draft or at least getting a training camp invite.

If relevant, I’ll discuss how the player may fit in the Bears future plans. So if you end up watching the Military Bowl, here are some players to keep an eye on.

The first team All-ACC selection tied NC State’s Bradley Chubb for the FBS lead with 21.5 tackles for loss. Reddick added 9.5 sacks which was good for 2nd in the ACC. He possesses elite closing speed off the edge with rumored sub 4.5 40-times.

Reddick is undersized for an edge rusher role at the NFL level, but has shown some versatility dropping back in coverage this season (three passes defended). His speed should play in at least a pass rush specialist role and his relentless pursuit of the ball should give him a shot to earn a three-down OLB job eventually.

As a rookie, Reddick should have value as a third-down pass rusher and perhaps on special teams. He’s not going to get any taller, but if he can improve his play in space he could eventually develop into a starting-caliber 3-4 OLB.

The Bears are in good shape with Floyd, McPhee, and Young as their primary OLBs, but McPhee and Young are getting old and the Bears could use some youth off the edge to pair with Floyd. Reddick is projected as a late day two pick, but some sites think he has late first / early second round potential and a strong showing in pre-draft workouts and the Senior Bowl could boost his draft stock.

Another All-ACC first team selection for the Owls who was a four-year starter despite barely being recruited nationally. Dawkins has been a rock at left tackle, providing reliable blindside protection and excelling as a run blocker.

He has impressive arm length which he uses well to keep pass rushers at bay, but it’s his run blocking that really makes him a prospect at the next level. Dawkins has a shot to stay on the left side in the NFL, but I think he’s a prototype right tackle. He’s got a mean streak as a run blocker and plays with the power, quickness, and nastiness to open plenty of holes in the run game.

The Bears need depth badly at the tackle position and a versatile player like Dawkins who could play on either side of the line at the next level would have a lot of value. If Dawkins were to fall to the fourth round, the Bears should pull the trigger.

An extremely productive all-purpose back over the last two seasons with 37 total touchdowns. The 2nd team All-ACC player has done a little bit of everything for the Owls. This season he rushed for 918 yards (4.6 ypc) and 13 TDs, caught 32 passes for 426 yards and six TDs, and even returned kick and punts.

Thomas is a little on the small side for an NFL back and might struggle between the tackles, but has good hands out of the backfield and is an excellent blocker in pass pro. He excels with the ball in space, making cuts and changing direction without losing much speed.

Thomas is currently projected at the end of day three, but his versatility will find him a home somewhere at the next level. He could help teams as a third-down back, fill in on early downs if needed, and be an asset on special teams as a return man and gunner.

The Bears lack a reliable receiving back and both a kick and punt returner, so Thomas makes sense as a day three target.

The 2nd team All-ACC linebacker finished fourth in the conference with 60 solo tackles. Lee was also disruptive in the backfield with 19 tackles for loss, 7.5 sacks, and three forced fumbles. The senior was extremely productive for the Demon Deacons and has the size, speed, and awareness to make an impact at the next level.

Lee is currently an ILB and could play that position at the next level, but might be a better fit outside. He’s been a force against the run with the speed and motor to track down ball carriers all over the field. He’s a solid tackler in space and has become more of an impact hitter this season.

Lee’s main weakness is the ability to shed blocks and find the ball in traffic, which is why I think he’s a better fit outside at the next level. Regardless of where he ends up, Lee should make an impact on special teams from day one and eventually develop into a solid NFL player.

NFL's Top Plays of Week 3
The early window of Week 3 was a whirlwind of chaos, comebacks, and epic moments. Follow along, updating live.
22 hours ago