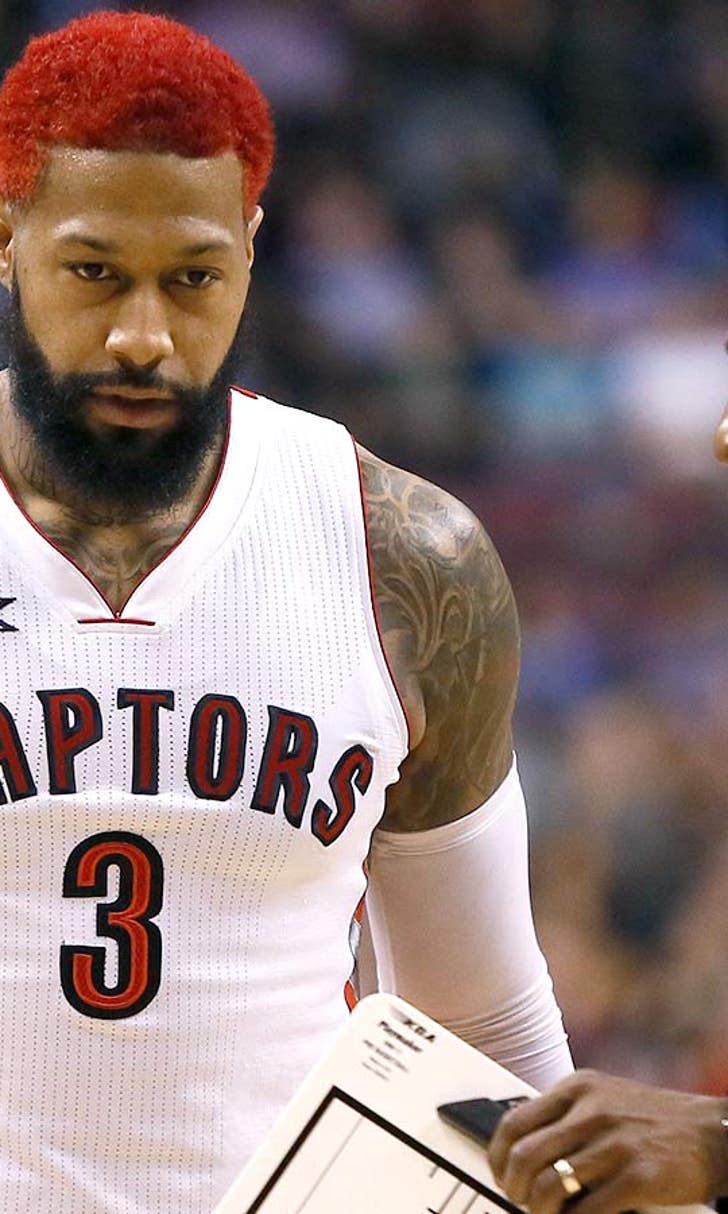 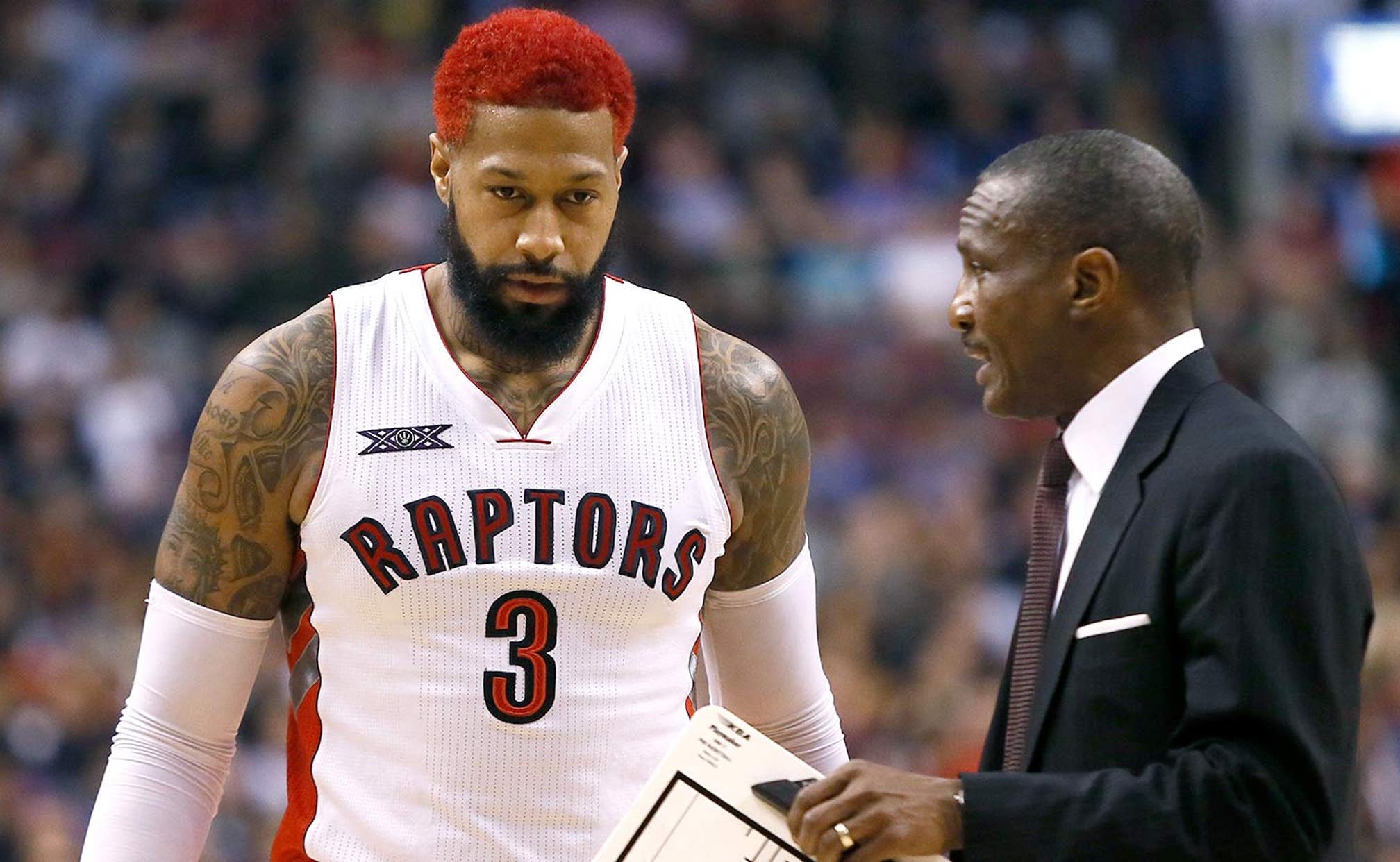 Wizards unlikely to have to face major minutes from 'Bloodsport' 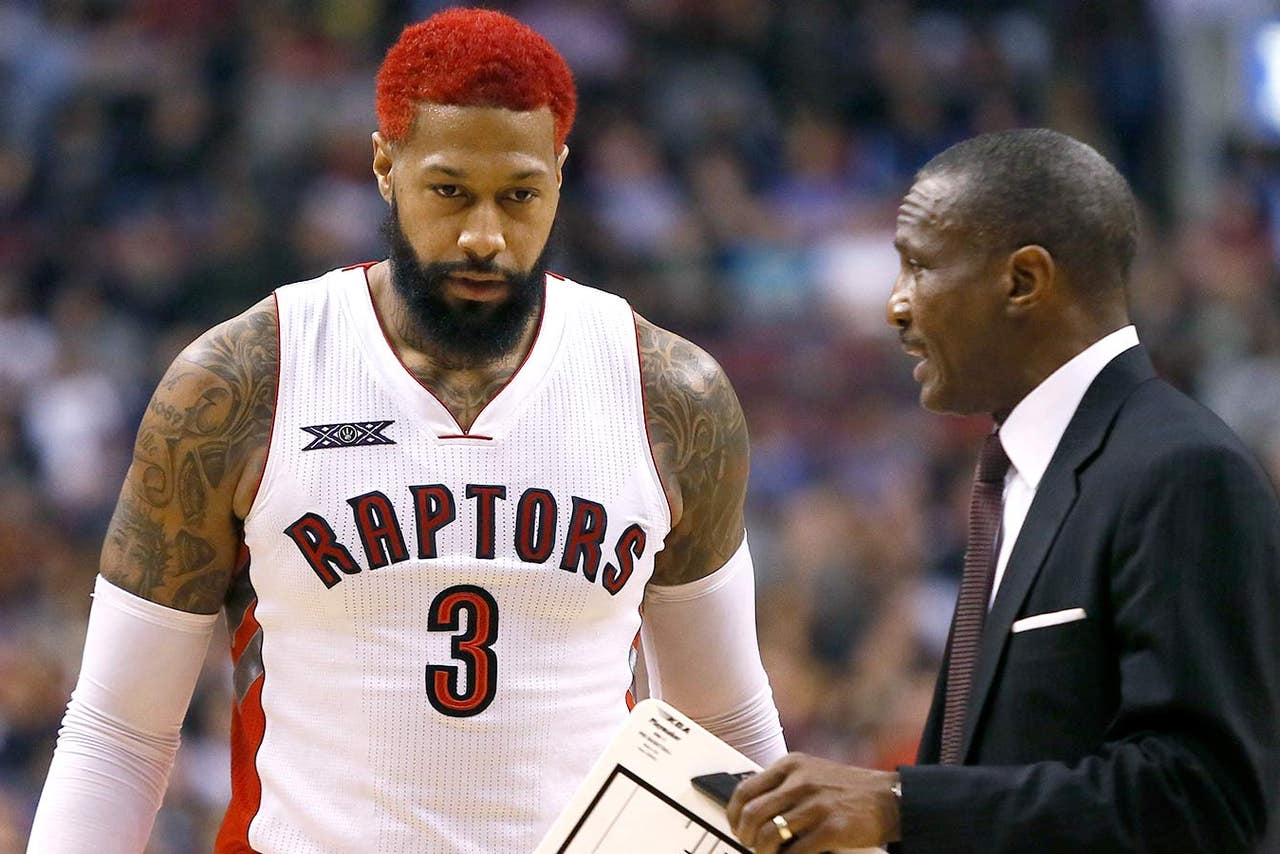 James Johnson could very well be one of the keys to the series between the Toronto Raptors and Washington Wizards, but we may never find out just how impactful Johnson could be.

Raptors coach Dwane Casey told reporters after Game 1 that while Johnson represents a matchup advantage in some respects, Casey is having difficulty finding minutes for the man known as "Bloodsport," as reported by Raptors Republic.

“James (Johnson) will play in a matchup situation,” Casey said. “Again, he could be in play later in this series. The difficulty thing to do is play all of our wings. We’ve got a good rotation with Greivis (Vasquez), Kyle (Lowry), DeMar (DeRozan) and Terrence (Ross) in that group and it’s just hard to get that fifth guy in there unless it’s just a special matchup. Again, it will come into play in this series at some point but today wasn’t the day. Believe me, I heard all the people yelling, ‘Put James in, put James in,” but, again, who do you take out? We were having trouble with outside shots. DeMar was doing a good job. Lou was a threat. So, we’ll see. There’s going to be a place for James (Johnson) in this series. I’ve talked with him about that.”

International Appeal
Could incoming rookies Killian Hayes and Deni Avdija be the next foreign superstars to take the NBA by storm?
November 20