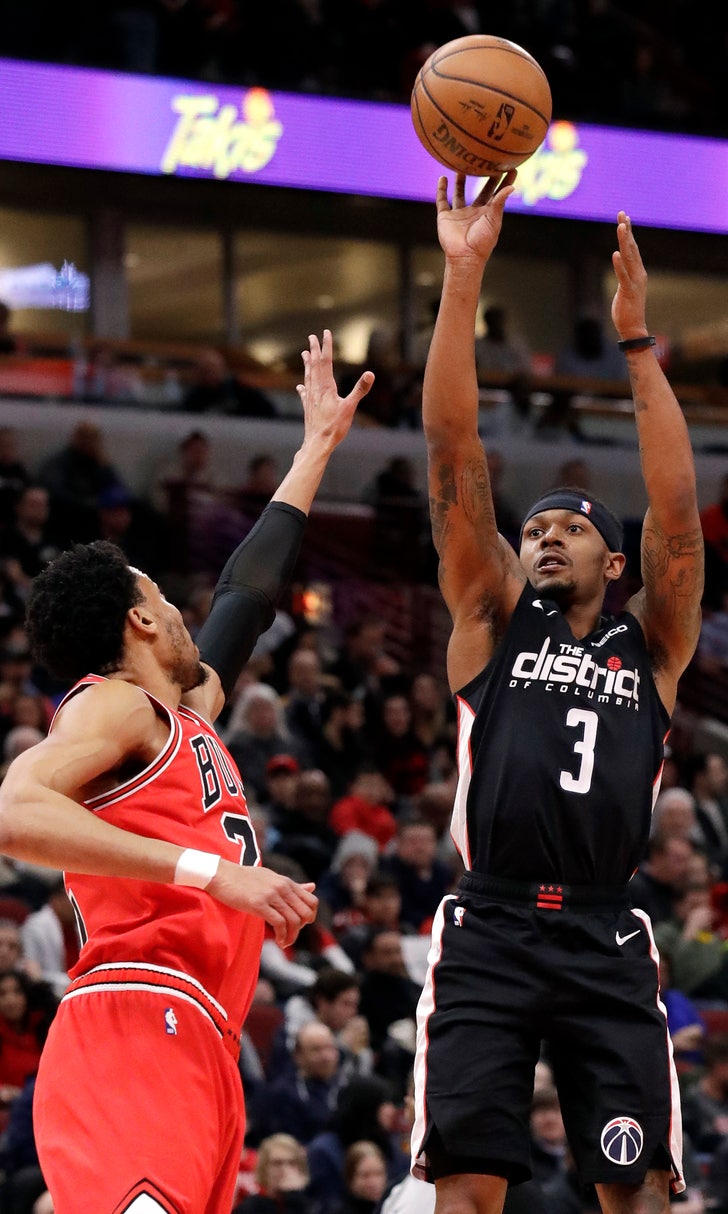 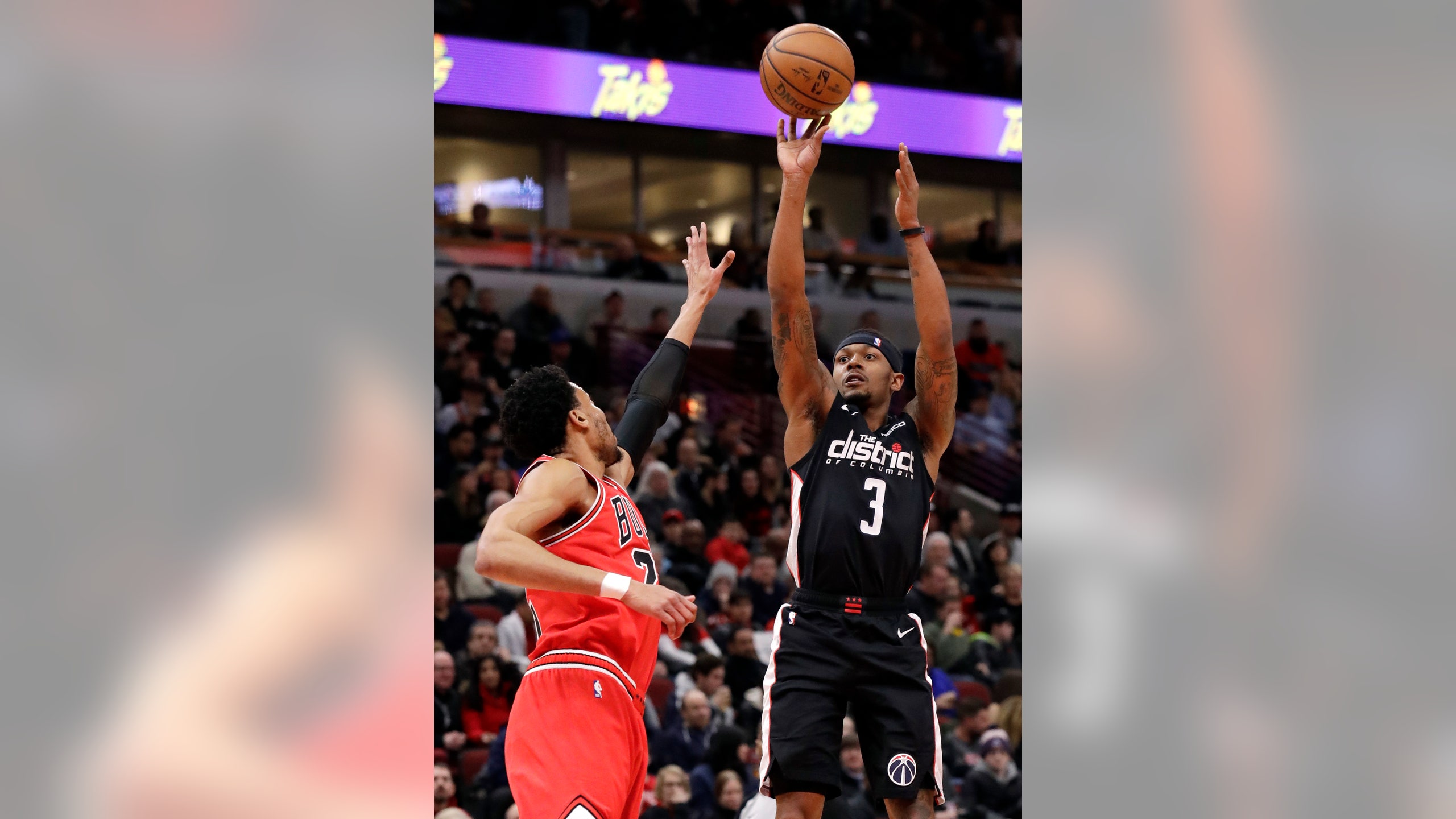 CHICAGO (AP) — Bobby Portis and Jabari Parker hugged and smiled after they departed with 42 seconds left.

It was a nice little party for Portis on the eve of his 24th birthday.

Bradley Beal scored 31 points for Washington, helping Portis and Parker make a successful return to Chicago and leading the Wizards to a 134-125 victory over the Bulls on Saturday night.

"Games like this, you know, guys always have circled when guys are traded," Beal said. "You face the team that traded you, you always want to get a win for those guys. So we came with that mentality tonight."

The Wizards got Parker, Portis and a protected 2023 second-round pick from the Bulls on Wednesday for Otto Porter Jr. Parker scored 20 points and Portis had 10 points and 12 rebounds against their former team, helping Washington to a 64-38 advantage in bench points.

Portis took the trade particularly hard. He was selected by Chicago in the first round of the 2015 draft and spent his first three-plus seasons with the Bulls.

"I got my first taste of the business side of basketball," said Portis, who scored 30 points in Washington's 119-106 victory over Cleveland on Friday night. "You don't really get your way all the time. It's not really your choice. I have to roll with it now.

"I was hurt the last, what, 48 hours, but when I got into the game yesterday those hurt emotions went away."

Washington shot 58 percent (55 for 95) from the field and placed seven players in double figures in the opener of a four-game road trip. Chassan Randle scored a career-high 20 points, and Trevor Ariza finished with 19.

Zach LaVine scored 26 points for Chicago, which kicked off a three-game homestand with its seventh loss in nine games. Lauri Markkanen had 20 points and 11 rebounds, and Porter finished with 17 points on 6-for-15 shooting.

"It was a little emotional playing against my former team, but once the ball went up all of that went out the window," Porter said.

The Bulls trailed by 17 early in the second half, but Ryan Arcidiacono made two foul shots to trim Washington's lead to 108-102 with 10:57 left in the fourth.

The Wizards then pulled away with a 12-2 run. Parker opened the sequence with a driving dunk and Wesley Johnson made a 3-pointer. Parker made a layup and a jumper before Randle's 3 extended Washington's lead to 120-104 with 6:10 remaining.

"Jabari, he brings a lot of force to our second unit right now," coach Scott Brooks said. "Makes plays, he's a playmaker. He's really good. We're lucky to have him."

Parker was 9 for 15 from the field. He also had six assists and five rebounds.

"He looked energized," LaVine said. "They put him in the right position to be successful."

Wizards forward Jeff Green departed in the first half with left hip tightness. He went scoreless in nine minutes.

"It's been bothering him," Brooks said. "Nothing too serious. Just day to day."

Bulls: Markkanen has recorded a double-double in three straight games. ... C Robin Lopez had a season-high 18 points and one flagrant foul for pushing Thomas Bryant while going for a rebound with 8.2 seconds left in the first half.

Wizards: Visit the Detroit Pistons on Monday night. They split their first two matchups of the season.

Bulls: Host Milwaukee on Monday night. The Bucks have won the last four games in the series.