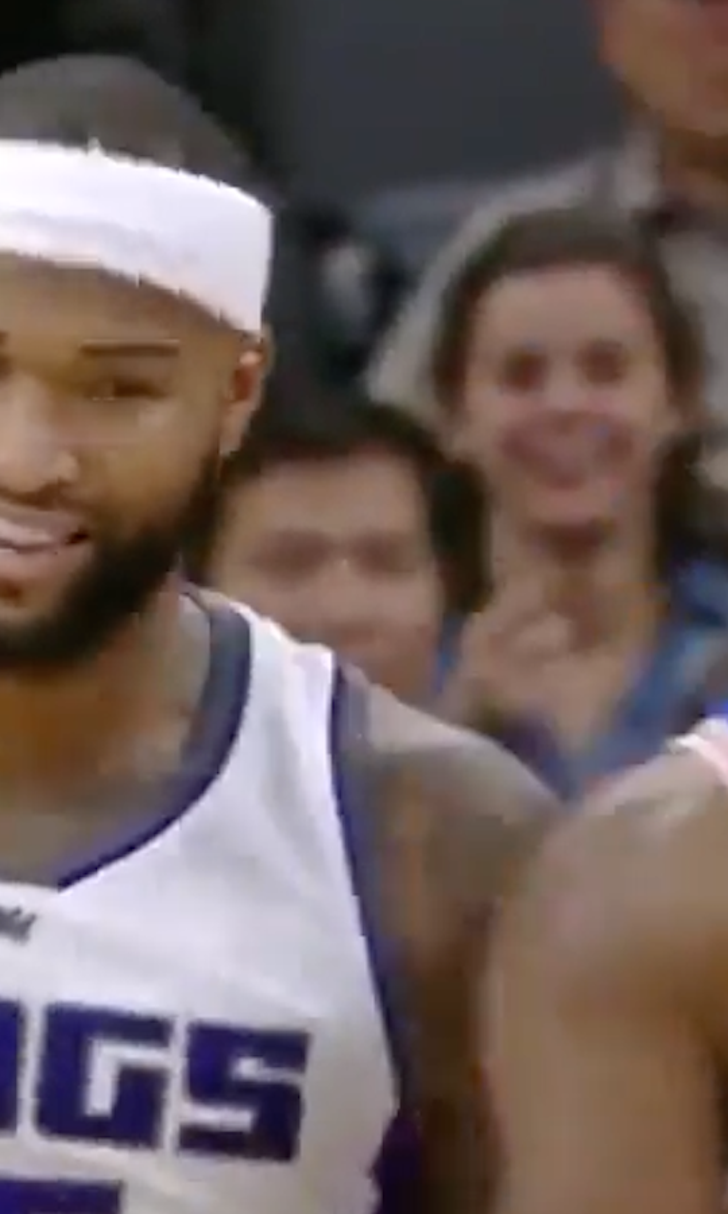 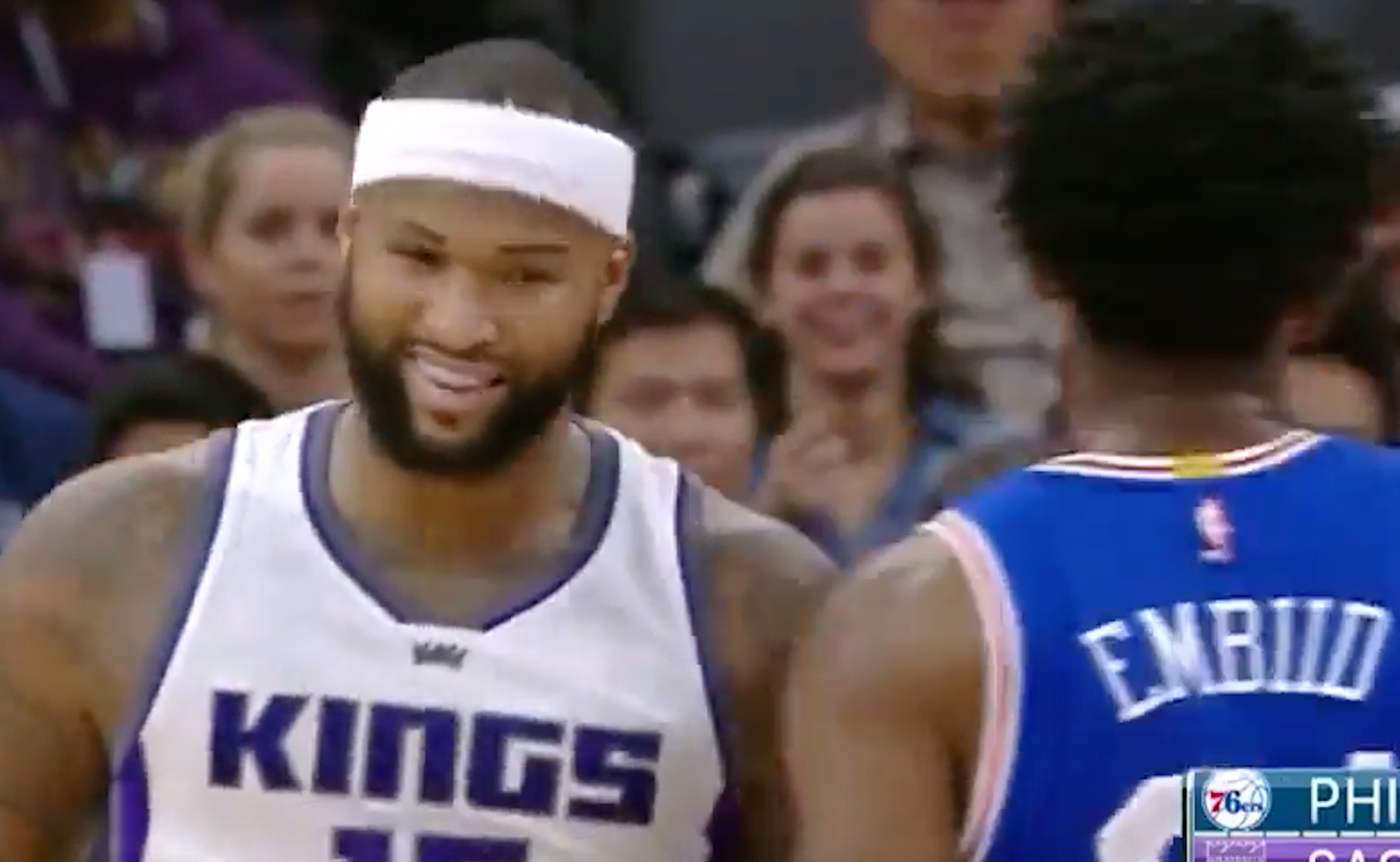 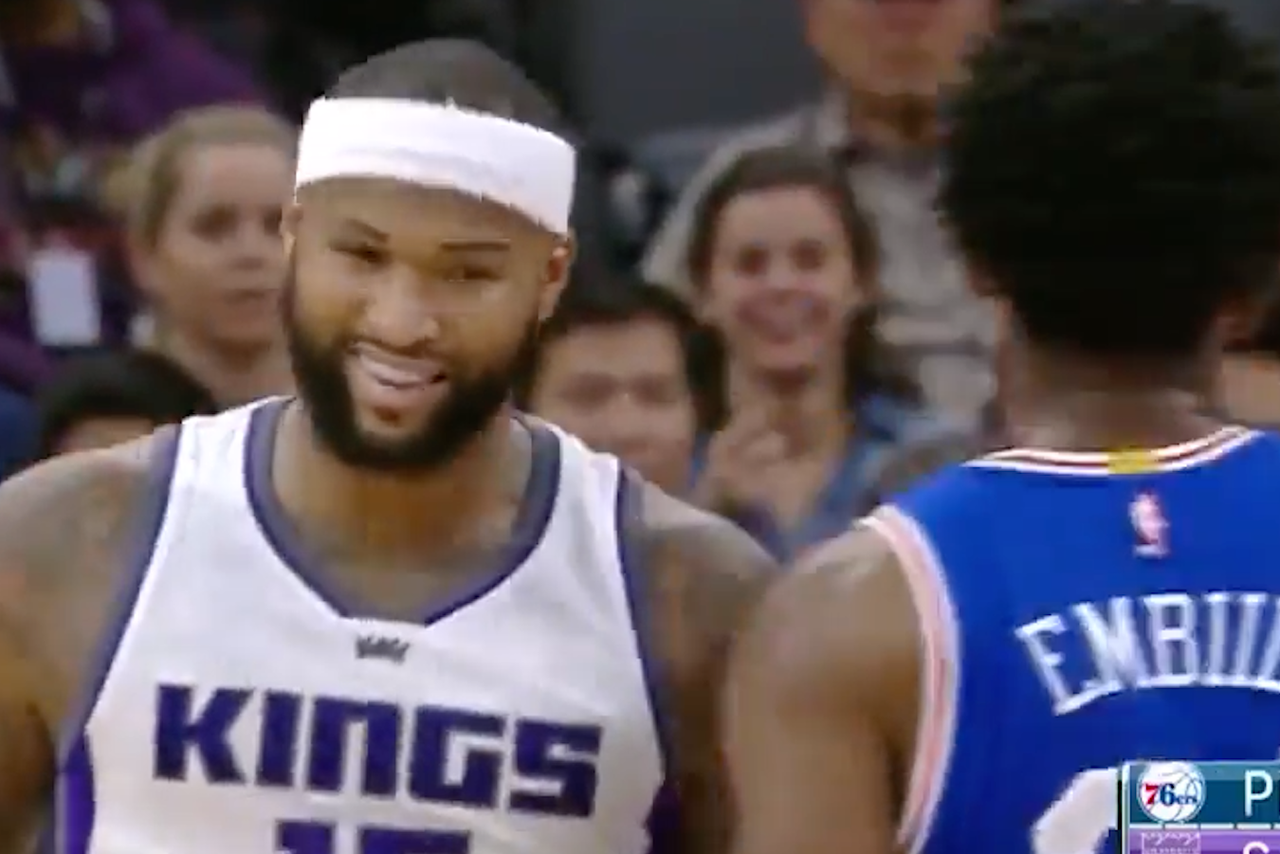 Sometimes, making DeMarcus Cousins smile seems like a tough task. The Kings big man is known more for a scowl and a mean mug than he is for a toothy, playful smile.

But Joel Embiid is one of the NBA's most amusing and entertaining young personalities. If there's any matchup in the league with a strong potential to give Cousins a hearty laugh, it might be Embiid.

We saw that on Monday night when Sacramento hosted the Sixers and this happened:

That's Cousins and Embiid getting in a playful war of butt slaps during a break in the action. It resulted in smiles from both players involved (as well as many fans in attendance) and it became very clear that there was a mutual appreciation shared between the two bigs.

After the game, Cousins reaffirmed that he really likes Embiid.