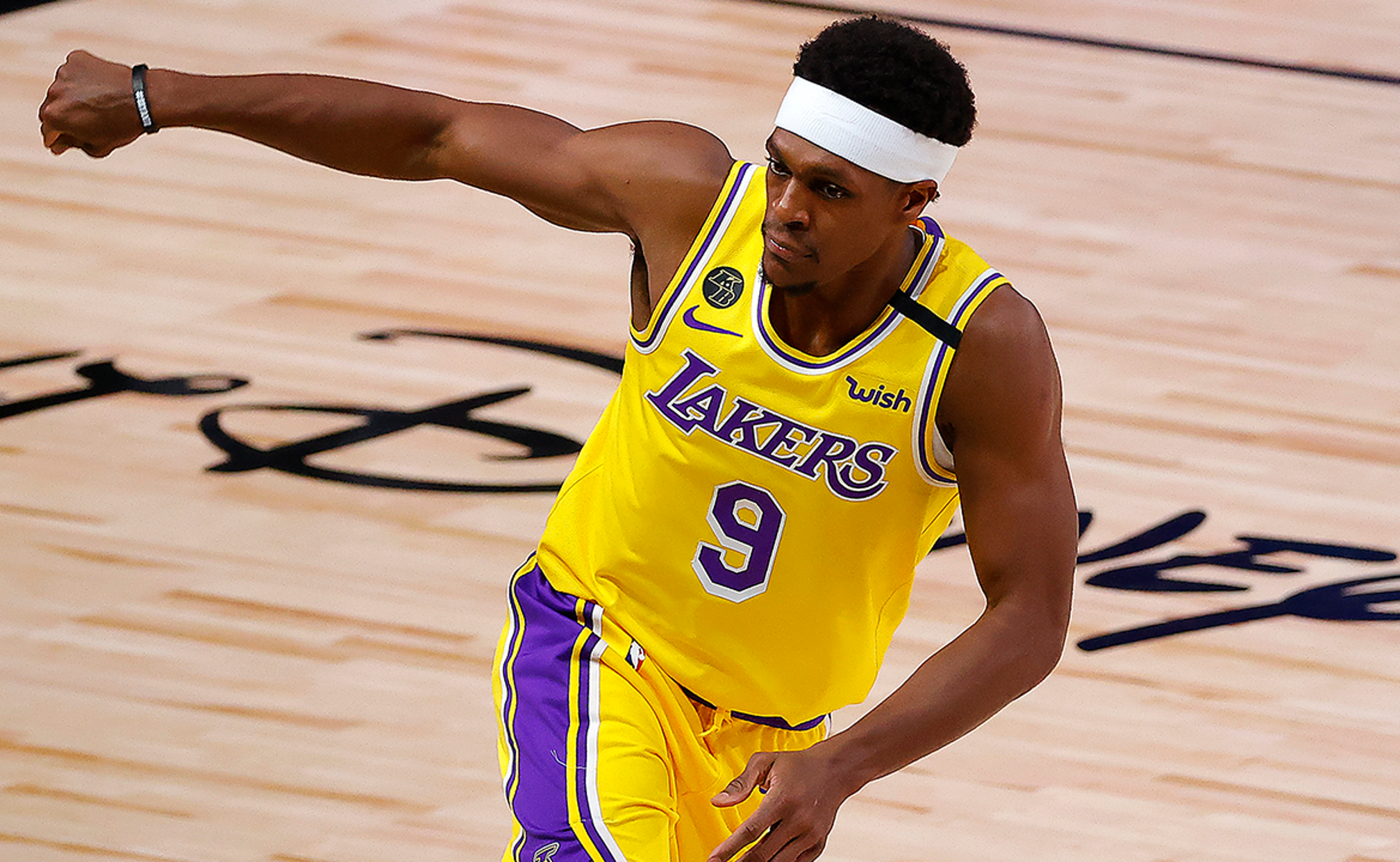 After battling it out for Kawhi Leonard in free agency last offseason, it seems the crosstown rival Los Angeles Lakers and Clippers might be at it once again.

The Clippers will be among several franchises pursuing veteran point guard Rajon Rondo during free agency, according to the New York Times' Marc Stein.

It was reported Rondo plans to decline his $2.7 million player option for next season (a 120 percent raise on his 2019-20 minimum salary) because of how well he played in the playoffs.

However, the reigning NBA champion Lakers expressed interest in bringing Rondo back, according to The Athletic's Shams Charania.

In the postseason, Rondo was one of the most consistent players for LA off the bench, averaging 8.9 points, 6.6 assists and 4.3 rebounds in 24.7 minutes over the course of 16 games.

The Clippers currently have Patrick Beverley, their starting point guard in 2019-20, under contract for next season. However, their squad as currently constructed bowed out in the Western Conference semifinals this season, blowing a 3-1 lead to the Denver Nuggets.

Beyond Leonard and All-Star wing Paul George, the Clippers seemed to be lacking when it came to scoring and playmaking in the playoffs, considering reserve guard Lou Williams (12.8) was the third-highest scorer behind Leonard (28.2) and George (20.2) in the postseason.

In addition, Leonard's 5.5 assists per game led the team in the playoffs. Rondo has a career average of 8.3 assists in the regular season and 9.0 assists in the postseason.

On Thursday morning, FOX Sports NBA analyst Chris Broussard said Rondo would be a perfect fit for the Clippers, especially if the franchise can offer him a better contract.

"He's what the doctor ordered there. He's got respect from guys because of his championship. Rondo has a high IQ. He's a coach on the floor ... If the Clippers outbid the Lakers, I think Rondo will make that move ... I think he'll go to the highest bidder that has a chance to win the championship."

FOX Sports analyst Skip Bayless said that beyond the money, Rondo is thinking about his legacy, and joining George and Leonard in Clip City would give him a shot at winning another ring with a third team – one that is not accustomed to winning, unlike the Lakers and Celtics.

"It would be a legacy move."

One thing is for certain: "Playoff Rondo" will likely need to see an increase in salary if his tenure with the Lakers is to continue. Or, a hop across the aisle could be in store for the veteran PG.