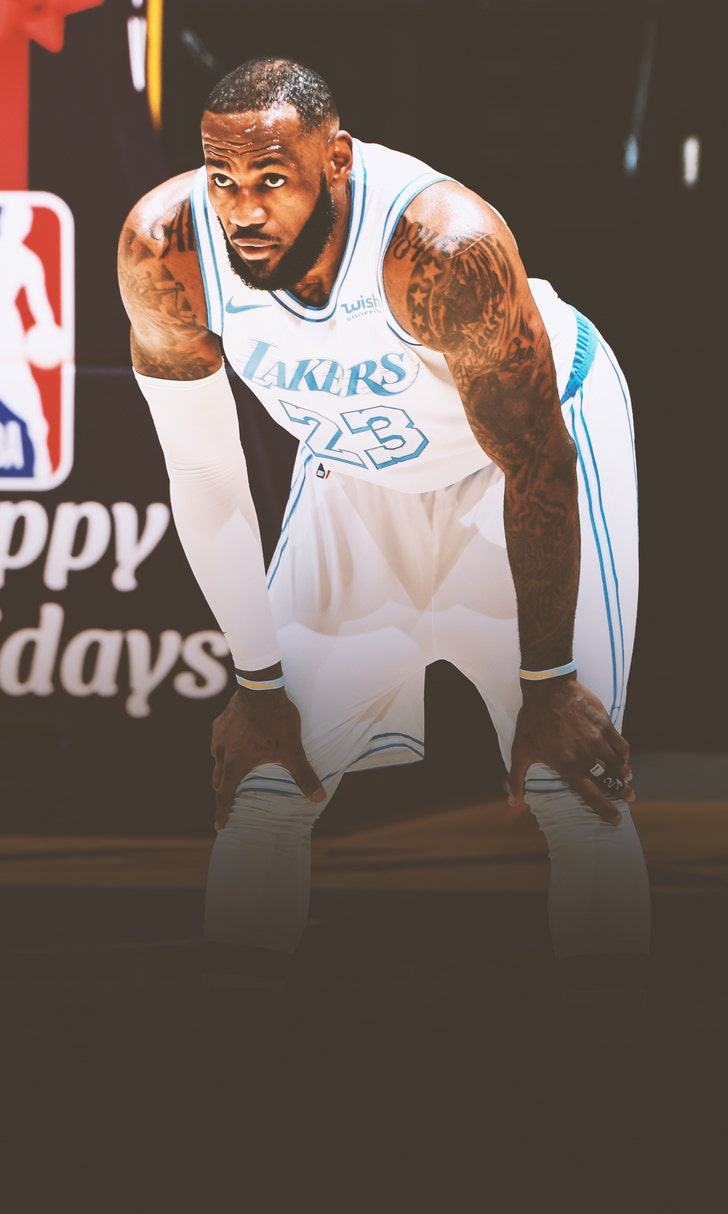 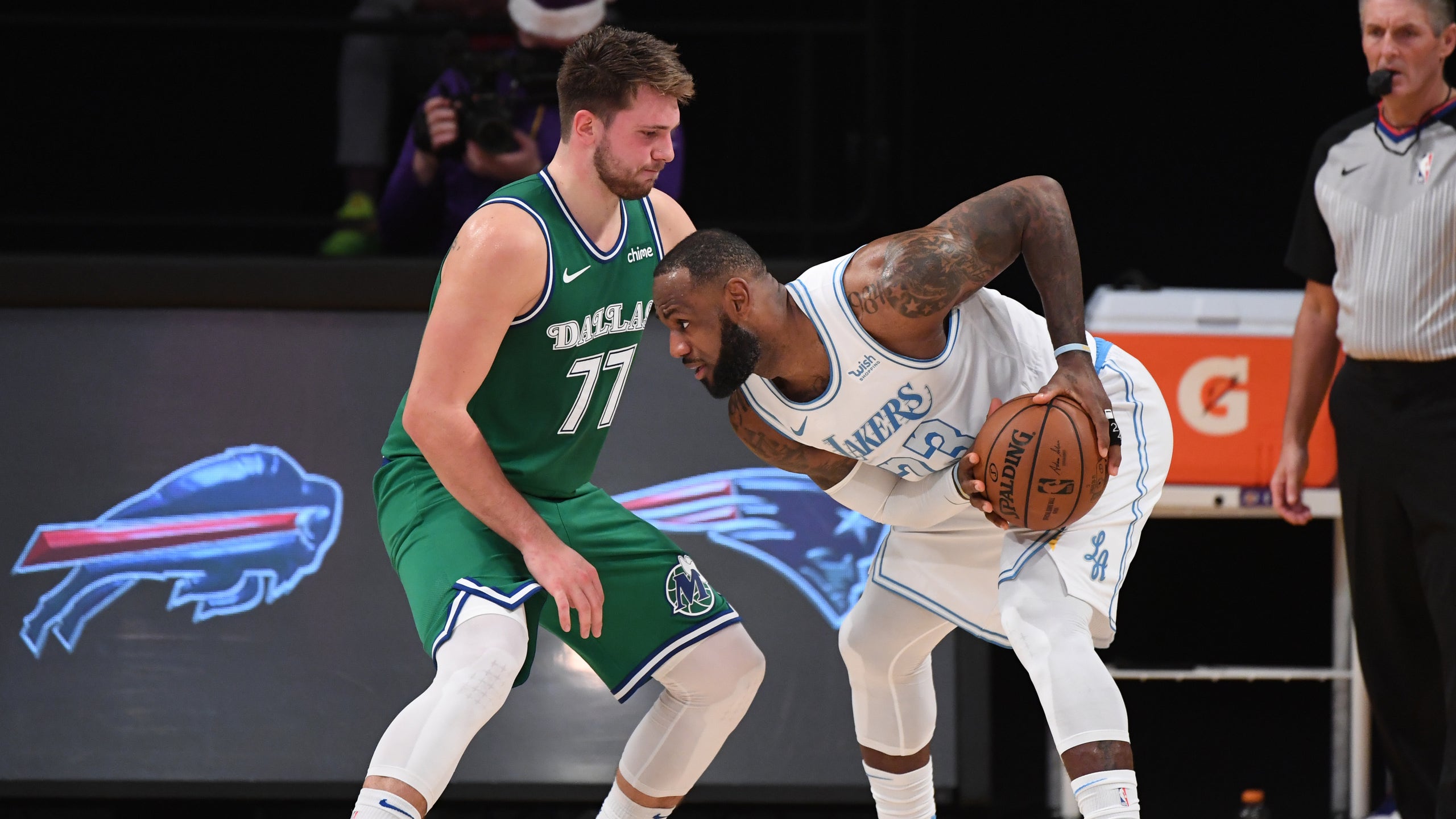 Even in his 18th season, LeBron James looks forward to working on Christmas.

He woke up early Friday morning and went to the Los Angeles Lakers practice facility to get a COVID-19 test, opened presents with his family, watched the New Orleans Pelicans play the Miami Heat, took his pre-game nap as his children played with their new toys, and then excitedly drove to STAPLES Center.

James went on to finish with 22 points, 10 assists and seven rebounds in the Lakers' 138-115 win over the Dallas Mavericks, LA's first victory of the season.

"It's been a very good day," James said.

James, who turns 36 five days after Christmas, isn't taking any of this for granted. Playing on Christmas Day is a special honor reserved for the best teams in the league, and even though James is closing out the second decade of his career, it's still deeply meaningful to him.

On Christmas Eve, James tweeted that he was overcome with anticipation.

On Christmas morning, he posted two photos on Instagram of himself celebrating the holiday as a young child – one in which he's elevating for a dunk on a mini hoop, and another of him holding a basketball with presents sprawled on the floor and a Christmas tree in the background.

For the most part, James was able to sit back and enjoy Friday's game.

The Lakers led by as many as 27 points, and they outdid the Dallas Mavericks in second-chance points, 35-0, the most they've scored since 1996.

"Zero second-chance points is really remarkable for our team this early in the season," Lakers coach Frank Vogel said.

Nothing could spoil the night for James, not even the Mavericks' young superstar Luka Doncic, who had 27 points and seven assists in his Christmas Day debut.

It was a breezy evening.

So much so that James poked fun at himself for airballing a free throw in the third quarter, adding that he'll drink some wine to tweak that issue.

"I told you the other night, when I drink, the wine goes straight down to the left side of my body," James said, referencing a joke he made Thursday about planning to use wine to rehab a rolled left ankle that he sustained in the season-opener Tuesday. "Tonight, I shot the free throw with my right hand so it did not have any side effects. So, I’m going to see if I can drink some wine, if I can shoot it down to the right side of my body, maybe it will help my free throw and it will give me a bit more strength to where it doesn’t hit absolutely nothing."

James is now tied with Dwyane Wade for the most wins on Christmas Day with 10. And he passed Oscar Robertson on Friday for second on the career Christmas Day scoring list with 383 points, just behind fellow Laker legend Kobe Bryant (395).

He's had countless highlights on the holiday, including catching a no-look over the shoulder lob from Wade for a jam when the Miami Heat played the Lakers at STAPLES Center in 2013.

And Friday, he added another clip to his Christmas Day reel when he tossed an alley-oop pass to Davis for a two-handed jam early in the first quarter.

James enjoyed each of the 31 minutes he played Friday. In fact, he said he's ready to play more if need be, joking that the chatter over limiting his minutes is nothing but "a conspiracy" because his body is trained for anything.

"I’m not your typical guy that’s in his 18th season," James said.

No, he's most definitely not.

Nothing illustrated that more than how he ended his nine-minute media session with reporters Friday evening.

"Merry Christmas," he said. "Love you guys and all of that good stuff. Cheers."

Still Holding Court
LeBron James put up 46 in his old stomping grounds on Monday night. Just how incredible has the King been this season?
1 day ago

Sports World Honors Kobe And Gigi
On the one-year anniversary of the tragic deaths of Kobe and Gianna Bryant, here's how the sports world paid tribute.
1 day ago

Remembering Kobe: His Legacy Lives On
The Lakers organization still struggles with the loss of Kobe Bryant. But his legacy inspires them on a nightly basis.
1 day ago
those were the latest stories
Want to see more?
View All Stories
Fox Sports™ and © 2021 Fox Media LLC and Fox Sports Interactive Media, LLC. All rights reserved. Use of this website (including any and all parts and components) constitutes your acceptance of these Terms of Use and Updated Privacy Policy. Advertising Choices. Do Not Sell my Personal Info