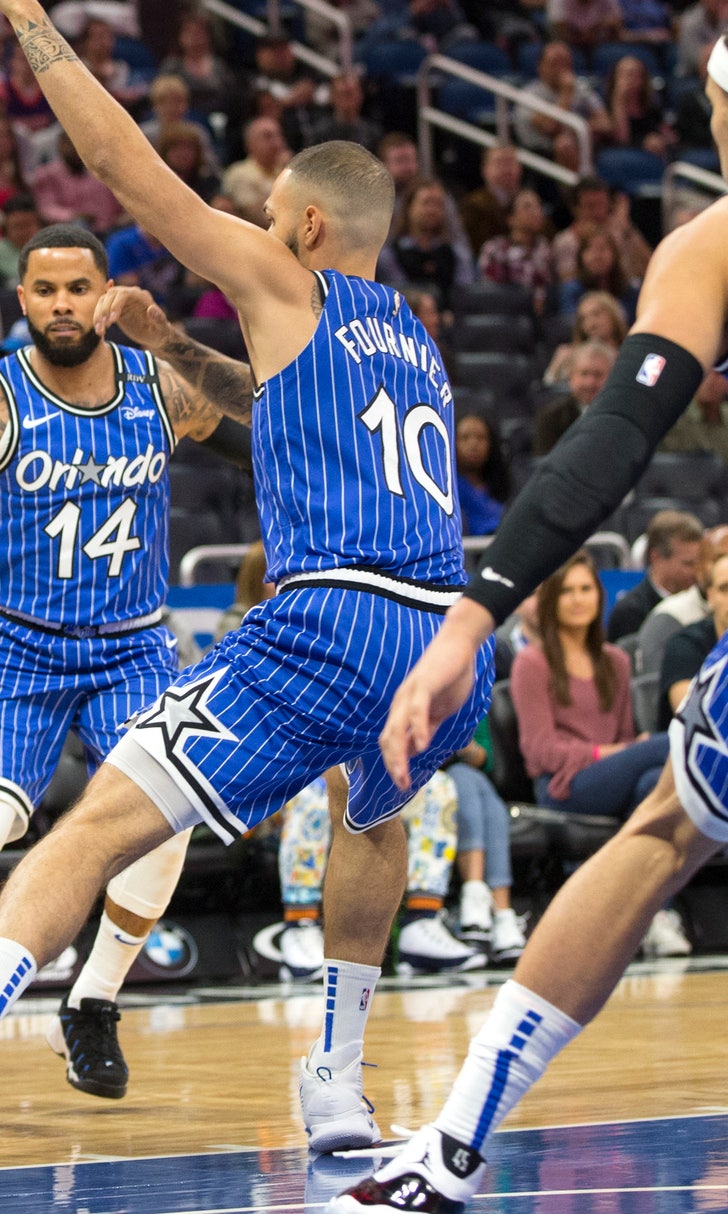 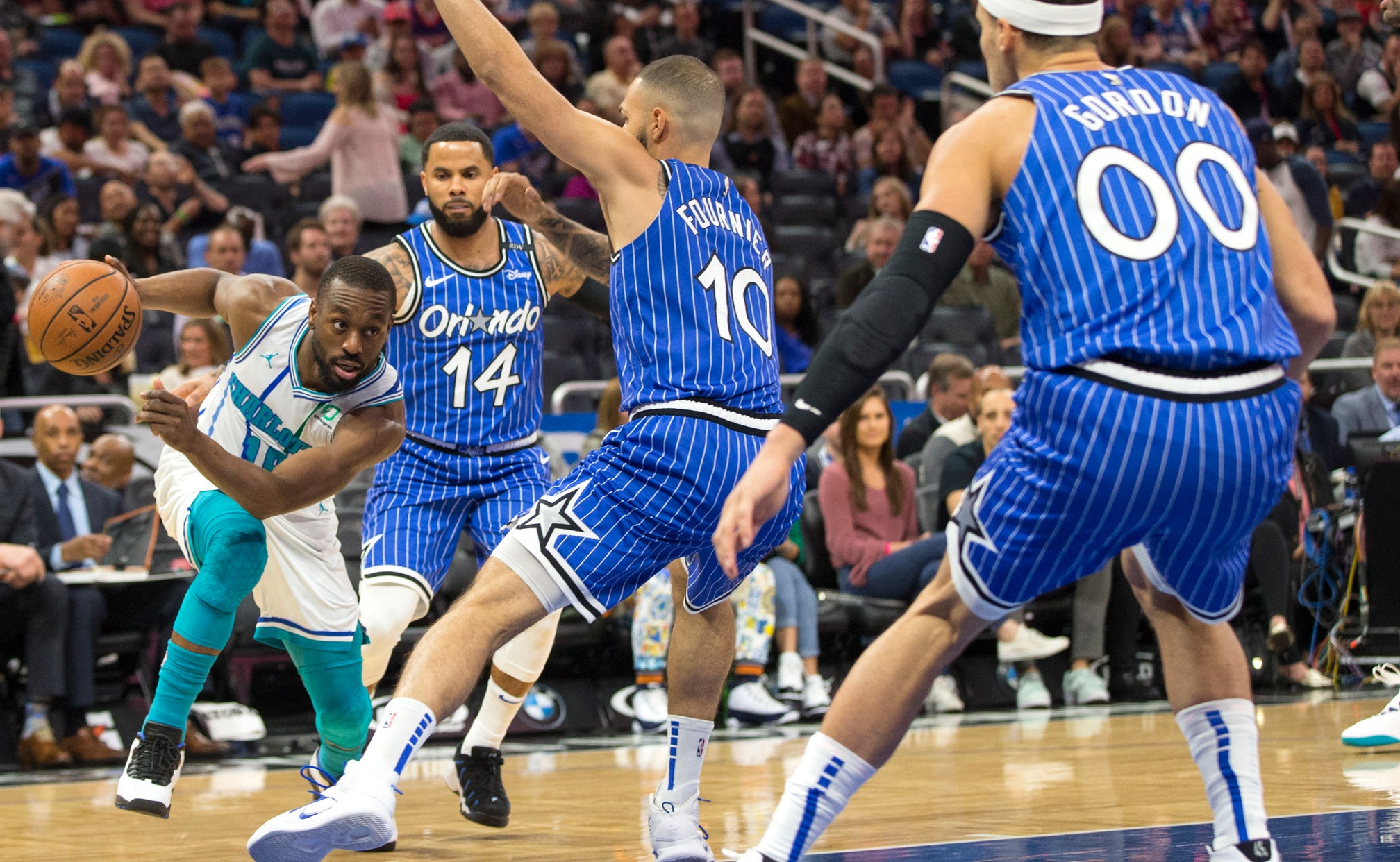 The 68th NBA All-Star Game has arrived in Charlotte

CHARLOTTE, N.C. (AP) — LeBron James was trading lob passes with Dwyane Wade again, one last time. Catching lobs from former teammate Kyrie Irving once again, too. And after making a stepback 3-pointer late, he stared down Joel Embiid to send a message without saying a word.

Oh, this mattered to James — and Team LeBron as well.

Team LeBron, down by 20 in the second half, finally got firing and went on to beat Team Giannis 178-164 in the All-Star Game on Sunday night. MVP Kevin Durant scored 31 points for Team LeBron, the one that James drafted and led to victory in the captain's-choice format for a second consecutive season.

"You put me on the floor, I love to compete," James said in the postgame interview room. "I'm a competitor, no matter what it is. I was competing to see if I could get to this table first."

He wasn't kidding. He then turned to NBA spokesman Mark Broussard, asked if he was the first player to get into the room and grinned when told he was.

Klay Thompson scored 20 points, and James and Kawhi Leonard each had 19 for the winners.

"It's all sweet to me," Durant said after getting his second All-Star MVP award, to go with the one he claimed in 2012. "It's hard to rank because everything's special. But it's cool to be out there with some of the best players to ever play the game. And to win MVP in front of my family and friends is pretty sweet."

Giannis Antetokounmpo — the first-time captain — led everybody with 38 points on 17 for 23 shooting for the club he drafted. Paul George and Khris Middleton each scored 20 points for Team Giannis, which got 17 apiece from Stephen Curry and Russell Westbrook.

"Just being the leader of a team, it wasn't as tough as I thought," Antetokounmpo said. "My teammates, the guys in the locker room, encouraged me to step up and take it serious and play hard."

The highlights, as would be expected, were absurdly good, time and again.

Curry slammed the ball off the floor on a first-half fast break and watched it ricochet toward the rim with an apex that flirted with the top of the backboard. Too high for most humans — but Antetokounmpo isn't most humans. The freakishly long Greek star slammed Curry's unconventional alley-oop pass home, with both benches reacting in disbelief.

Curry then slammed an alley-oop on the last play of the game, to himself, for a dunk that closed the scoring in his hometown.

"I thought we put on a great show tonight," said Kemba Walker, Charlotte's lone player in the game.

It was not a defensive showcase, as always.

The 53 points tied a one-quarter All-Star record as well, matching the total by the West in the third quarter of the 2016 games and by the East in the first quarter of the 2017 game. But when it was time to get competitive, things tightened up considerably, at least by All-Star standards.

But when Team LeBron used a flurry of 3s to get back into it in the third quarter, everyone on the bench was standing — sometimes running from the bench and onto the court during play, the celebrations a bit more exuberant than what's usually allowed.

"We got the win," said Houston's James Harden, who scored 12 points for Team LeBron. "That's all that matters."

And the All-Star farewells for Miami's Wade and Dallas' Dirk Nowitzki— the adds to the game by NBA Commissioner Adam Silver, in honor of their career bodies of work — were festive, as everyone wanted.

Nowitzki entered the game late in the first quarter and made his first three shots — all of them 3-pointers — before heading back to the bench. Wade checked in not long after Nowitzki took the floor, then started the second half and achieved his primary missions for his last All-Star Game as a player.

He got an alley-oop lob from James.

And he threw an alley-oop lob to James.

Wade dunked, James dunked, and the close friends who entered the NBA together in 2003 and won championships with Miami in 2012 and 2013 got a couple more moments to savor in their final night as on-court teammates.

Wade finished with seven points in 10 minutes, and Nowitzki never returned after his nine-point, four-minute opening stint. When the third quarter ended, every player gathered behind them as Wade and Nowitzki were honored with commemorative jerseys at midcourt.

"Thank you to the commissioner and the NBA for allowing us to both be on this stage again," Nowitzki said.

"Exactly what Dirk said," Wade said as he took the microphone. "We're very thankful for this opportunity. ... The game is in great hands. It's easy to walk away right now."

Team Giannis: Antetokounmpo was awarded a first-quarter free throw — but instead of shooting it, he tossed a pass to himself off the backboard. It isn't legal, and didn't work, but he didn't mind. ... Embiid had 12 rebounds and Antetokounmpo added 11. ... Team Giannis gave up 96 points in the second half after leading 95-82 at the half.

Team LeBron: James spent part of halftime on the court listening to J. Cole's performance, then grabbed a hug from New England Patriots owner Robert Kraft. ... New Orleans' Anthony Davis, who was dealing with a muscle strain in his shoulder, played five minutes and made both of his shot attempts.

Early in the fourth quarter, Curry shot a 3-pointer from the right wing while getting fouled by someone who's usually his teammate. Thompson gave a dismissive wave, as if to ask "Why'd I do that?" when Curry's 3 swished. And Curry made the free throw to seal the four-point play.

"I felt like the opposition for once. ... It sucked to be on the receiving end," Thompson said. "But it's all fun and games in the All-Star Game and that was a crazy shot."

Team Giannis coach Mike Budenholzer of the Milwaukee Bucks and Team LeBron coach Michael Malone of the Denver Nuggets did their postgame news conference together. That doesn't happen in normal games, and they were asked if they liked speaking alongside one another.

Victor Oladipo's season is over with a leg injury that kept him from playing in the All-Star Game as well. The Indiana Pacers star, however, was watching. "Wish I could be there playing with you guys but I know this will be a good game to watch!" Oladipo tweeted. "I was on Team LeBron last year but this year it's all about #TeamGiannis! Lets Go Fellas!!!" Oladipo was replaced on the Team Giannis roster by Brooklyn's D'Angelo Russell.

There were no fights, though that didn't stop the league from bringing in renowned boxing ring announcer Michael Buffer to deliver his famed "Let's get ready to rumble" proclamation just before tip-off.