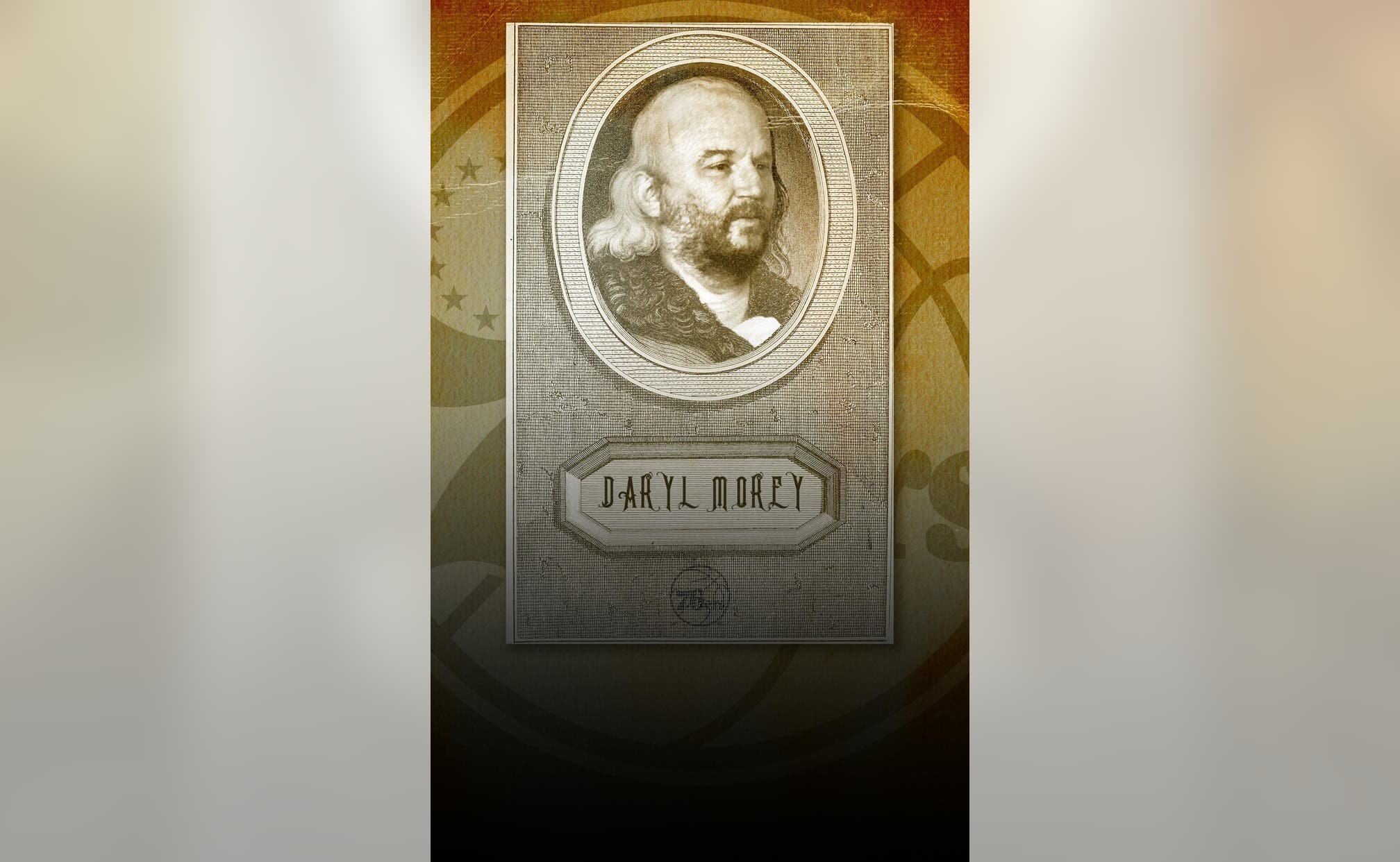 After getting swept out of the first round of the NBA playoffs in August, the Philadelphia 76ers have made some major changes among their ranks of decision-makers.

Gone is head coach Brett Brown, with ex-Clipper boss Doc Rivers brought in to fill the vacancy earlier in October.

And on Wednesday, the Sixers made another administrative splash, reportedly hiring former Houston Rockets general manager Daryl Morey to be their new President of Basketball Operations.

Morey, a proponent of analytics and an executive known for rejecting convention, enjoyed a sustained run of success in Houston before stepping down on October 15.

The Rockets had 13 consecutive winning seasons and made eight straight playoff appearances during Morey's tenure, but Houston never made it over the hump and into the NBA Finals under Morey.

According to ESPN's Adrian Wojnarowski, Morey "immediately" began contact with the Sixers upon parting ways with the Rockets.

This wasn't the first time that the 76ers were linked with Morey, either, Wojnarowski noted.

"[The Sixers] did go after him a couple of years ago ... But, things were very different this time. He worked out his exit with the Rockets ... And, in fact, immediately started to talk with the Sixers."

Woj also revealed that current Sixers GM Elton Brand is expected to remain with the organization, but beyond that, it could be anyone's guess.

That uncertainty, especially for players, is largely due to Morey's track record of wheeling and dealing.

With the Rockets, Morey orchestrated not one, but two blockbuster deals in separate years to bring James Harden and Russell Westbrook to Houston.

In total, Morey completed 77 trades in his 13 seasons as the Rockets GM, per FiveThirtyEight.

Prior to Brand, the Sixers' lead basketball executive was Sam Hinkie, a Morey disciple who took the analytics movement to its extreme, making loads of trades, drafting big men in three consecutive drafts and spearheading the "Trust the Process" movement in Philadelphia.

ESPN's Tim Legler says the Morey move came as a surprise, but believes it's a great one for Philadelphia, especially given Morey's unique approach to the game.

"This is going to be interesting now, as Daryl evaluates this roster and looks at what's [been] going on here for the last couple of years. It's not easy to clean up, particularly when you've got a lot of money tied into certain guys, but I think it's definitely a huge step in the right direction."

It stands to reason that Morey liked what he saw in the Sixers, but given his reputation, it's fair to ask: What does Morey's addition mean for the likes of Ben Simmons and Joel Embiid?

FOX Sports NBA analyst Chris Brossard thinks Morey should give the talented duo a season to prove themselves before executing any league-shifting swaps.

"The Sixers should absolutely, positively not trade Ben Simmons or Joel Embiid this offseason or this season. Give them one year to play together under a coach who understands how to use both players. If Simmons and Embiid don't gel this upcoming season and it ends yet again in disappointing fashion, then Philly can look to move one of their two young stars, but before then would be wildly premature."

That sounds like an orthodox approach. However, with Morey pulling the strings, it's likely that anyone can be moved if he finds a sweet enough deal.

Philadelphia's past couple of seasons have been interesting, but the show could just be getting started.

AD Deal Reminds Us Of Lakers' Dominance
Anthony Davis’ new contract was expected and is a reminder that the Lakers are the focus of everyone else’s ambition, Martin Rogers writes.
10 hours ago

Face(s) of the Franchise
LeBron James and Anthony Davis have taken their friendship and turned it into a potential dynasty in LA, writes Melissa Rohlin.
11 hours ago