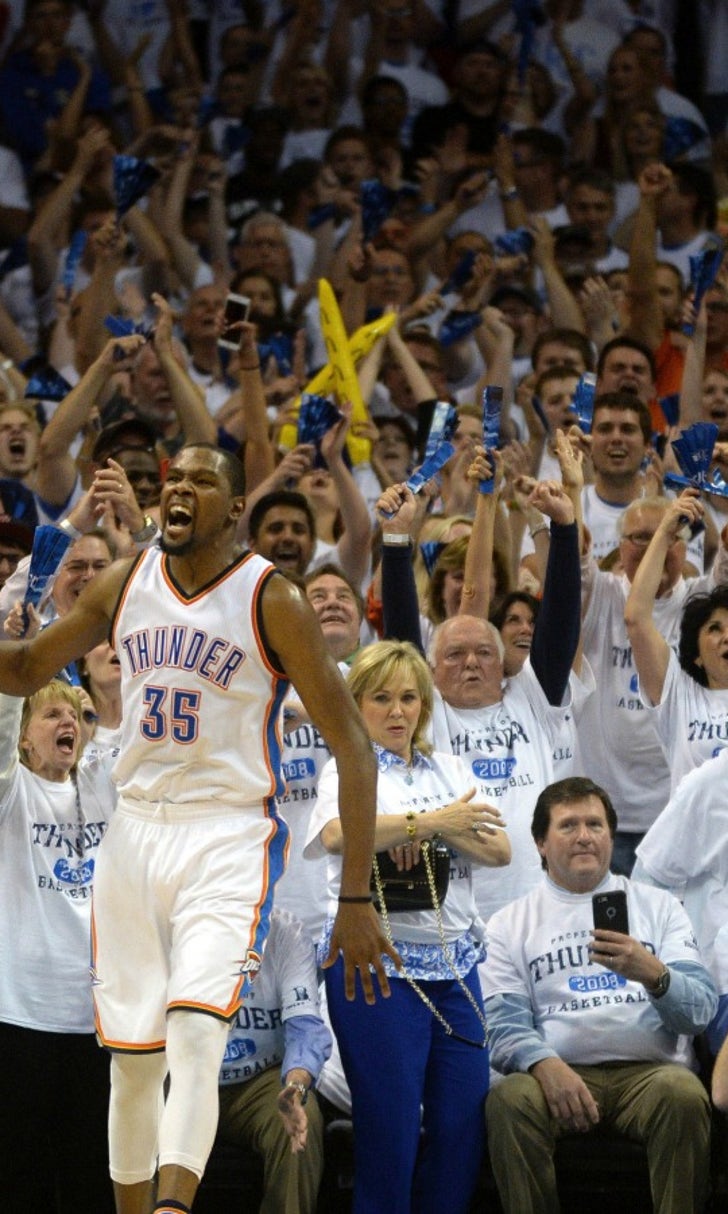 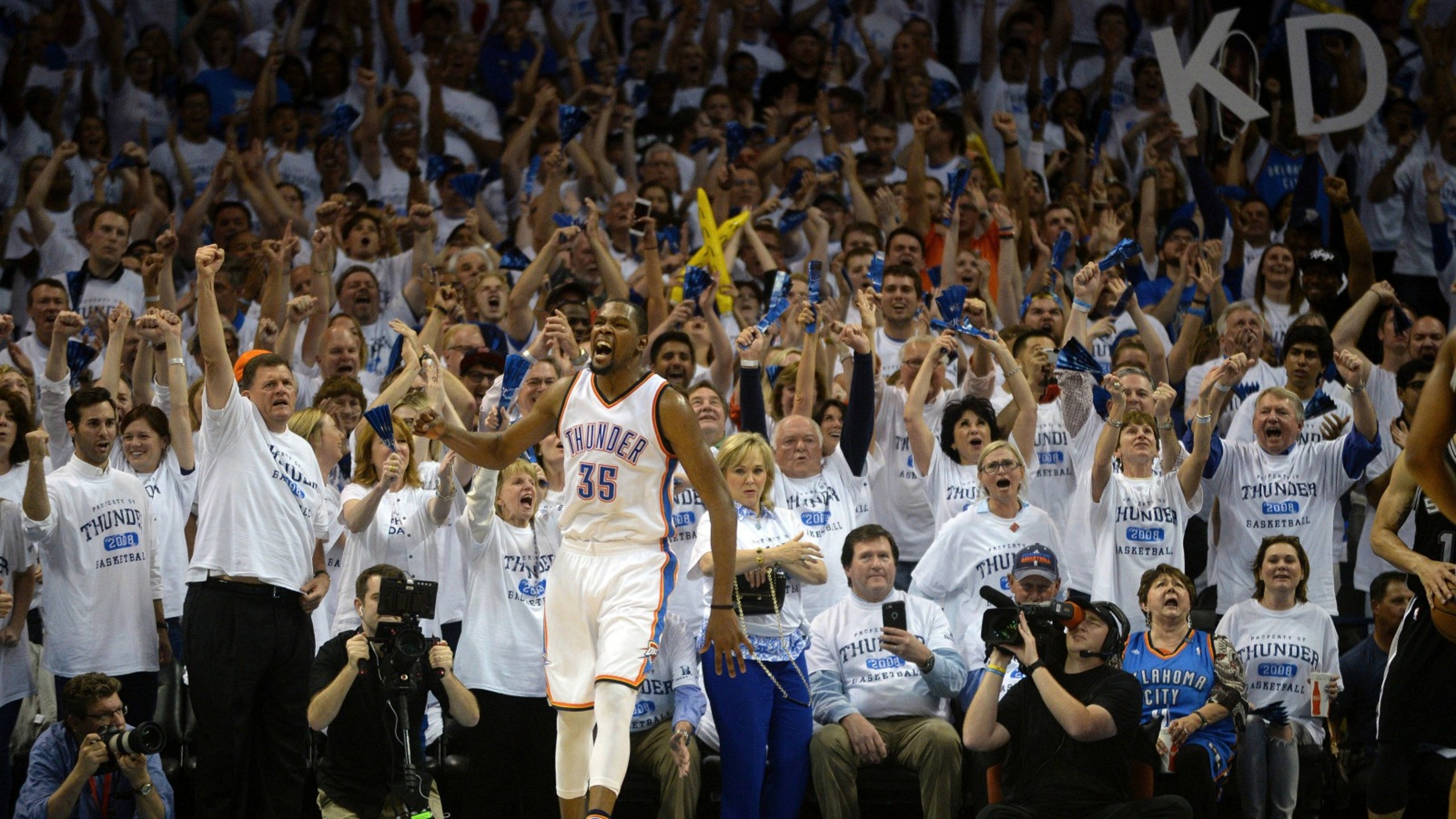 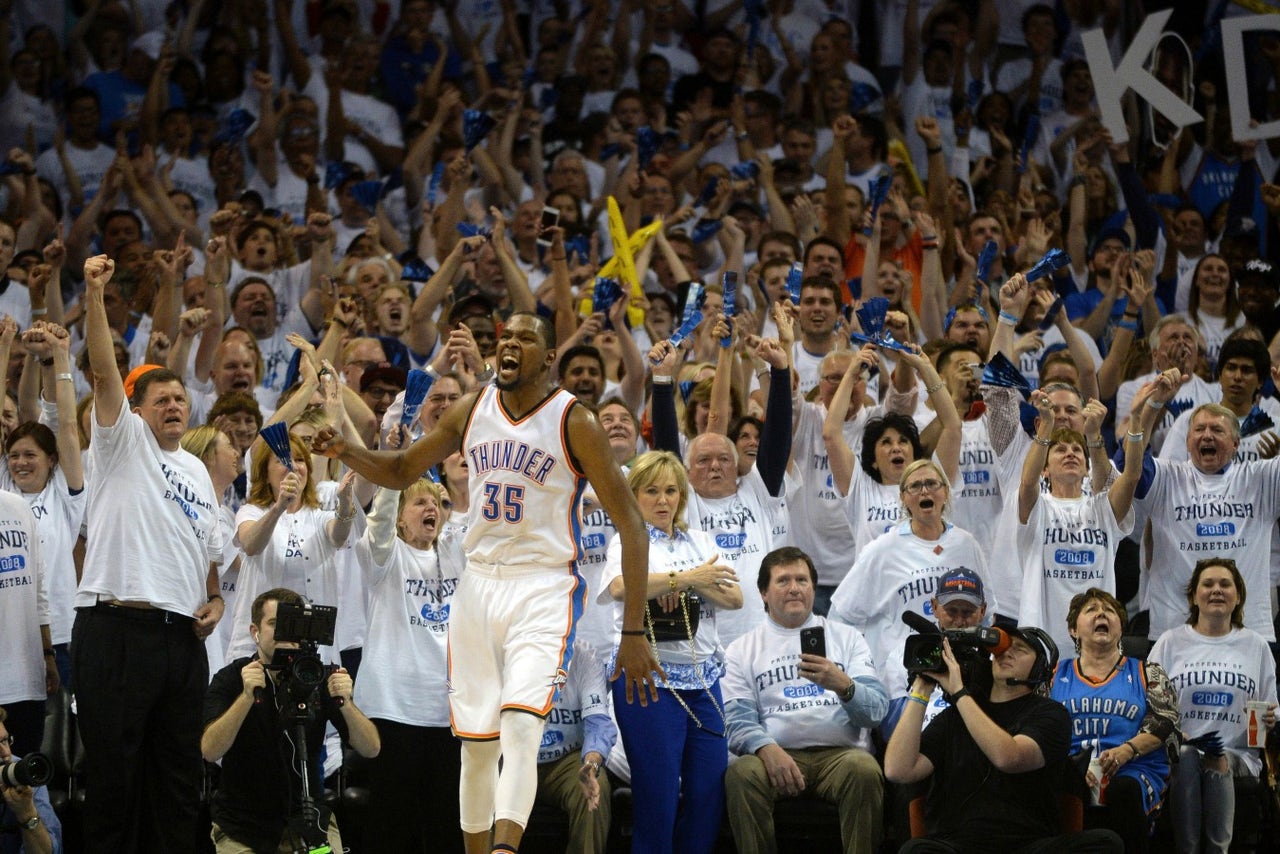 The Oklahoma City Thunder won Game 4 against the San Antonio Spurs Sunday night to even the series 2-2 in front of a raucous crowd of 18,203 fans at the Chesapeake Energy Arena. The Thunder entered the fourth quarter trailing 81-77 but outscored the Spurs 34-16 -- and as Oklahoma City pulled away, the crowd was as loud as you'll hear in any arena all season long.

Thunder big man Steven Adams said after the game that he "nearly fainted" due to the extreme noise.

Coach Donovan on fans at @ChesapeakeArena "...the last 2 games have just been incredible, we really appreciate how loud the place was."