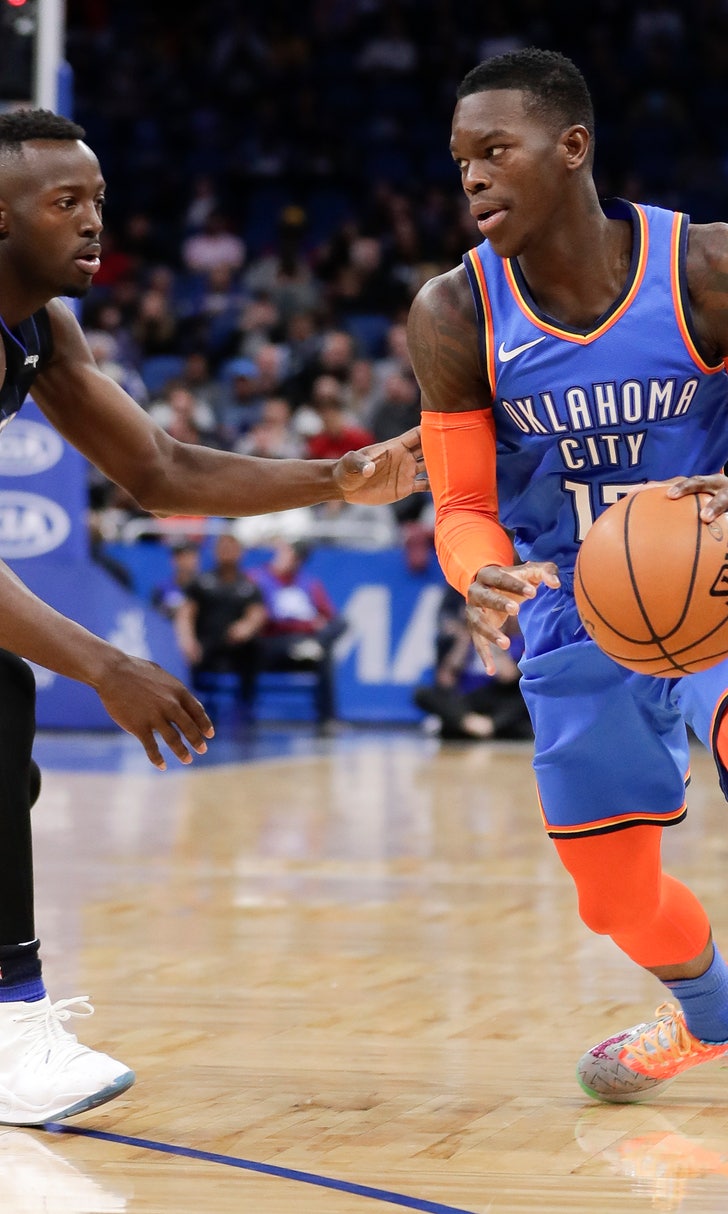 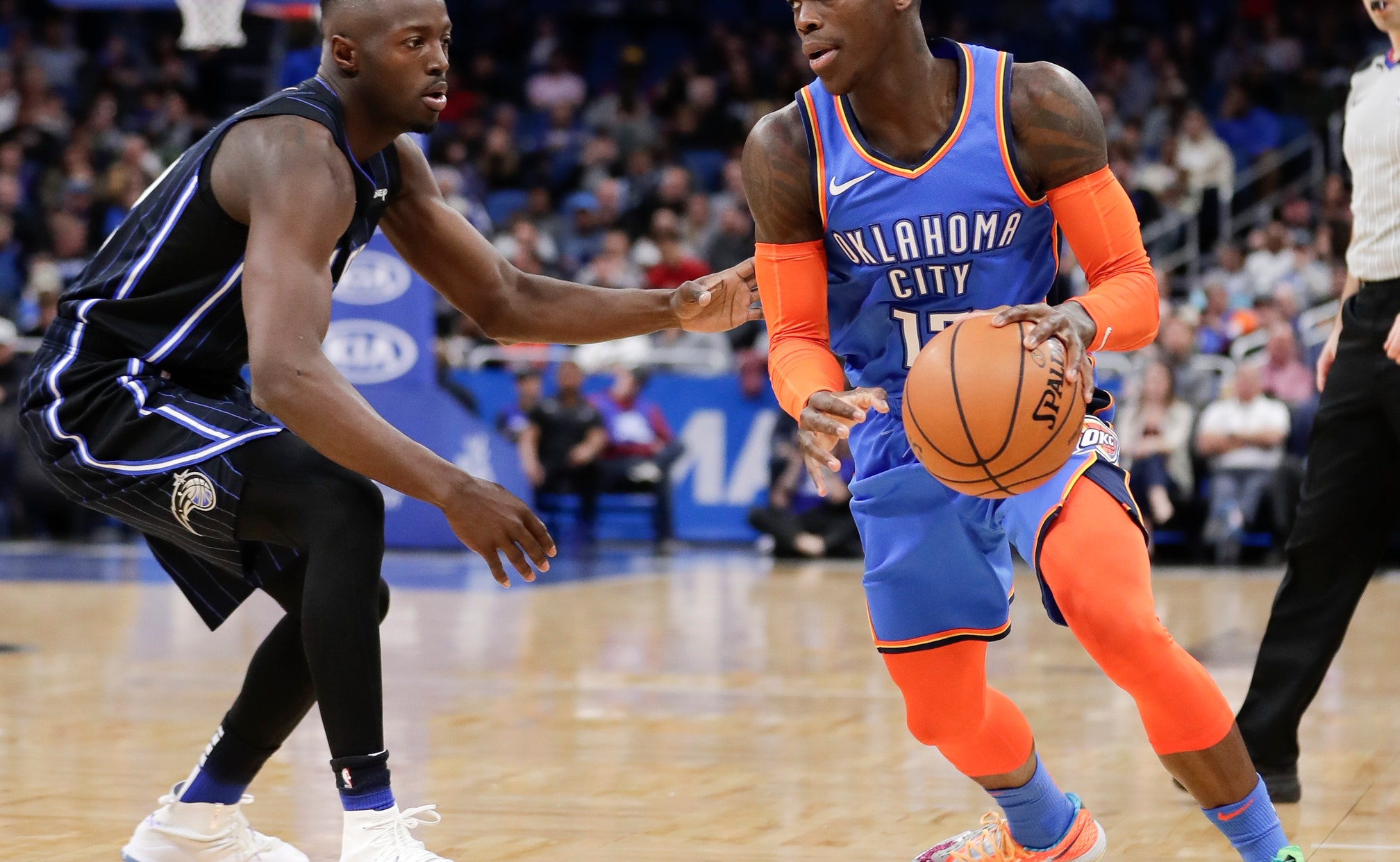 Schroder scores 18 in 4th to rally Thunder past Magic

ORLANDO, Fla. (AP) — It's difficult for anyone on the Oklahoma City Thunder roster to steal the spotlight from Paul George and Russell Westbrook.

Dennis Schroder managed to do it during a 126-117 comeback win over the Orlando Magic.

George scored 31 of his 37 points in the first half and Westbrook had his fourth straight triple-double with 23 points, 14 rebounds and 14 assists, but Schroder's five-minute run in the fourth quarter pushed Oklahoma City to its sixth straight victory Tuesday night.

The backup point guard scored 18 of his 21 points — including two 3-pointers and a pair of three-point plays — in a stretch when he hit seven consecutive shots. He outscored Orlando 18-8 by himself during that spurt, helping the Thunder rally from a five-point deficit to a 13-point lead in the process.

"I do the same every night," Schroder insisted. "I try to stay aggressive, look for my shot, look for open teammates and just make the right play. It's not like I'm out there 48 minutes, but it's working out so far."

The Thunder needed a boost after George cooled off considerably in the second half. He was 11 of 16 in the first two quarters, but only 3 of 8 after halftime.

"When you can do that, play with such unselfishness, it opens up things for everybody," Donovan said.

It was another familiar ending for the Magic, who have lost four straight and seven of eight. They had their chances, rallying from a 15-point third-quarter deficit to lead by five early in the fourth, but couldn't sustain the comeback.

"We lost No. 1 because (Oklahoma City) is good and played well," Magic coach Steve Clifford said. "But when you're not going to run back on every single possession — which takes no talent, by the way — they're going to make you pay and they made us pay.

"No. 2, we're fouling them in the backcourt when they're in the bonus. It's crazy. It's stupid, losing basketball. And then we decide in the fourth quarter, we're not going to pass the ball to each other. We've got guys dribbling out the shot clock when you've got to move the ball. You're not going to win doing that."

The Thunder squandered a 15-point lead in the third and were down 101-98 in the fourth before Schroder righted the ship. He had a three-point play, a 3-pointer and a 15-foot jumper as Oklahoma City scored 10 straight points to take a 108-101 lead. He added another three-point play and 3-pointer to make it 116-103.

Ross knocked down consecutive 3s to help Orlando cut the deficit to 116-111 with four minutes to play, but that was as close as the Magic got.

Thunder: George has at least two 3s in 29 straight games. Stephen Curry and James Harden are the only other players in NBA history to do that. ... C Steven Adams sat out with a sore ankle.

Magic: Gordon had eight points in the first two minutes, then missed his last six shots of the half. ... Orlando has lost four straight home games and is 12-15 at home. ... Jerian Grant played against his brother, Thunder forward Jerami Grant. Their father, Harvey Grant, had an 11-year NBA career. Jerami outscored Jerian 18-5.