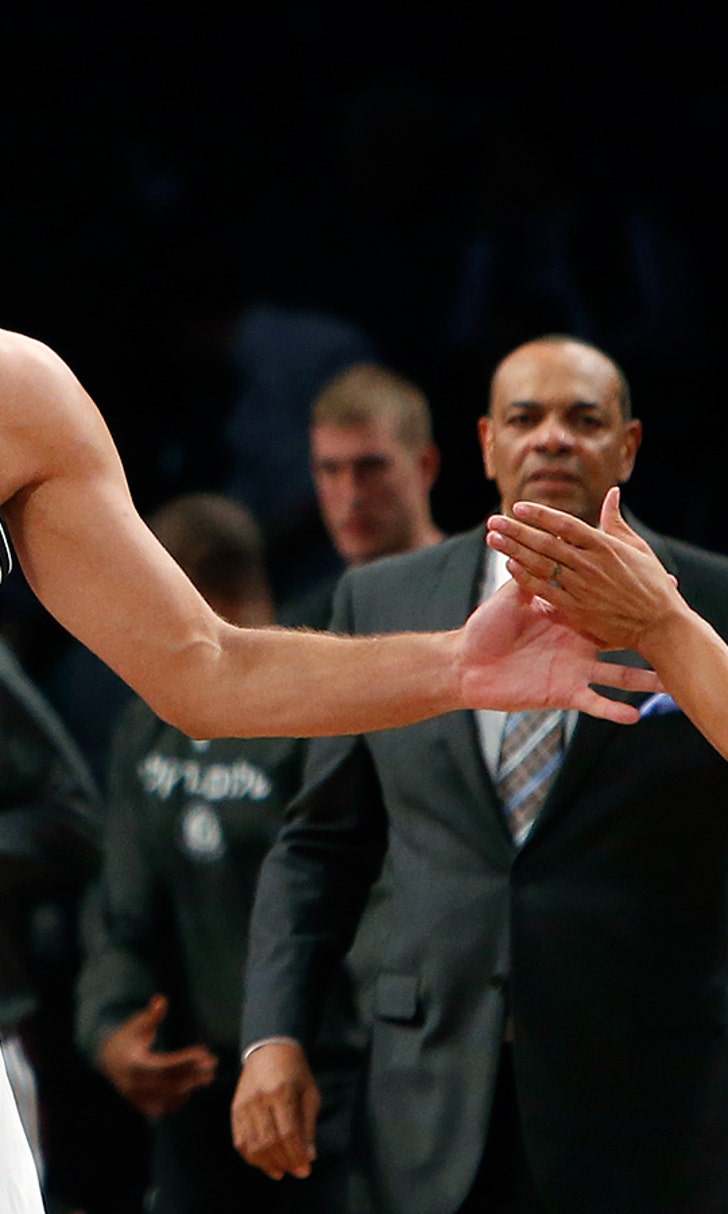 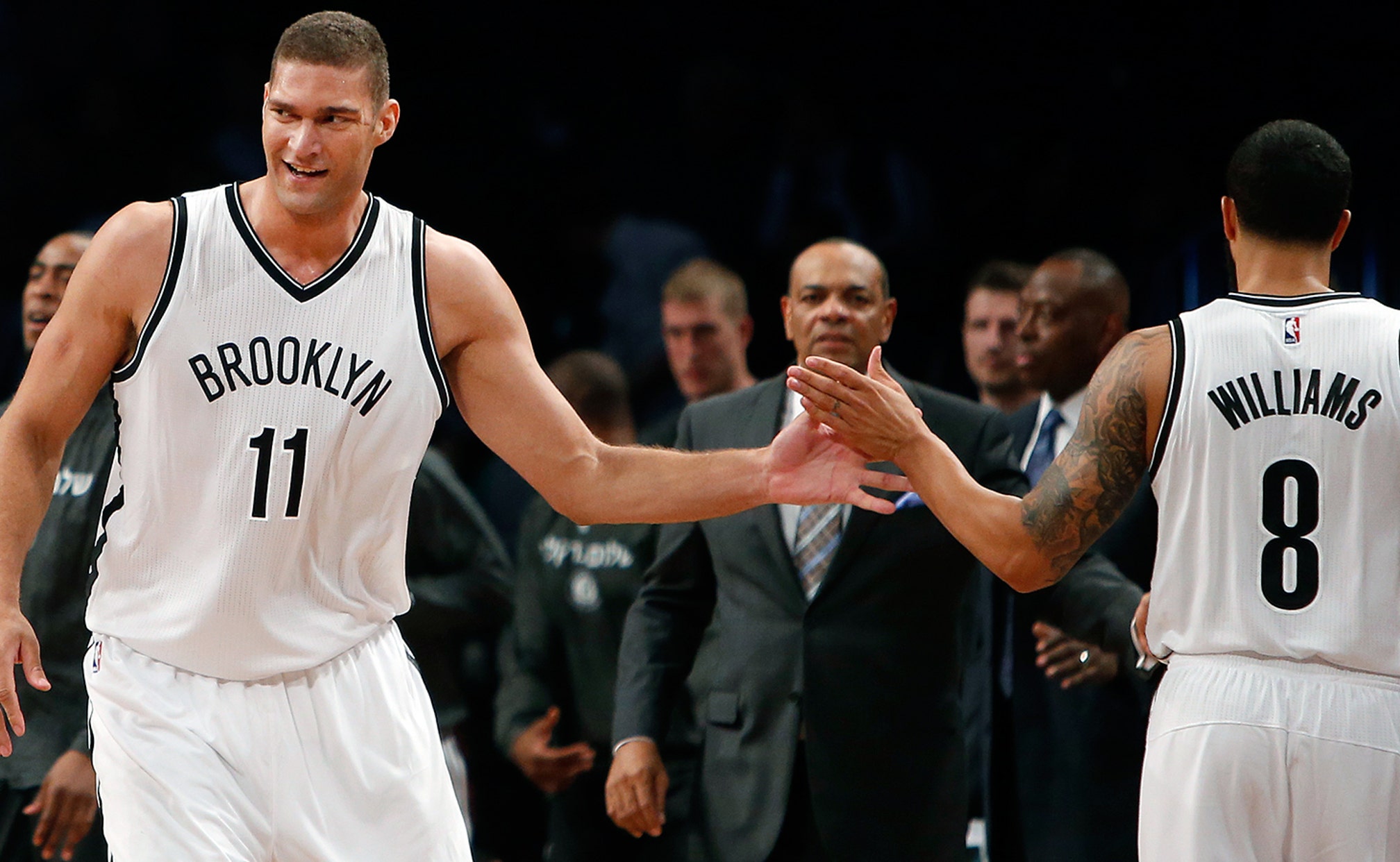 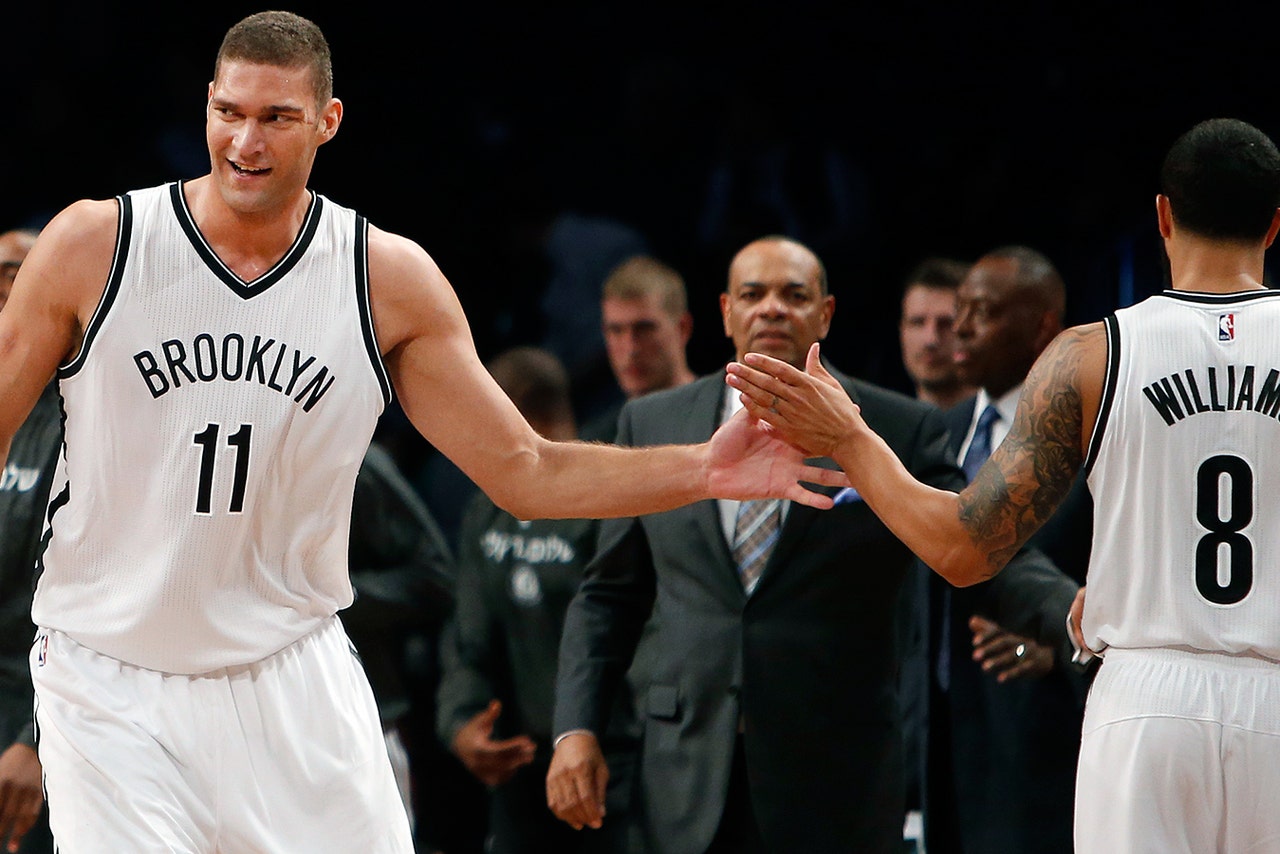 The Brooklyn Nets have made starters Deron Williams, Brook Lopez and Joe Johnson available by trade, according to a report from ESPN.

The Nets famously went all-in for a title last year, when they traded three first-round picks to add Kevin Garnett, Paul Pierce and Jason Terry to an already expensive roster.

Pierce and Terry are no longer on the team, the Nets were eliminated in the second round of the playoffs and then had to pay a record $90.57 million in luxury tax because of their bloated payroll. Only four other teams had to pay the luxury tax at all, with the Knicks as the closest team behind the Nets at $36.3 million.

Williams, Lopez and Johnson have all been All-Stars, but also possess the team's most expensive remaining contracts, totaling more than $58 million this season alone. The NBA salary cap for the entire roster this season is $63 million, and the Nets' current payroll stands at almost $94 million.

Even worse, none of the three contracts in question is expiring this year. Lopez has a player option for next season (which he will almost certainly exercise), Johnson is signed through next year, and Williams is signed through the 2016-17 season. Those deals, coupled with the Nets not having control over their own first-round draft picks for the next four years, could severely hamstring any rebuilding efforts.

Yahoo Sports/FOX Sports 1 insider Adrian Wojnarowski also reports the Nets are working to trade forward Andrei Kirilenko and a second-round pick to the 76ers for the purpose of getting Kirilenko's $3.3 million contract off the books. The 76ers would then waive Kirilenko and make him available to any team.

While the Nets would appear to simply be trying to purge as much money as possible, ESPN's report says that is not the case. The Nets would like to dump their biggest contracts, but are hoping to acquire pieces in exchange that would keep them a playoff contender. The size of the contracts in question would make it nearly impossible to deal more than one of these players in the same trade, meaning the Nets are seeking multiple deals with multiple partners.

The first significant date for potential trades is coming up Monday, when players who were signed this past offseason become available. The trade deadline is Feb. 19, meaning if the Nets manage to work out any deal it will likely fall between those two dates.

How The West Was Won
The Los Angeles Lakers are headed back to the NBA Finals for the first time in 10 years. Here is how they did it.
4 hours ago

How To Erase A 3-1 Deficit
The Nuggets had been the comeback kings of the 2020 NBA playoffs. The Celtics can surpass them by following these 3 steps.
8 hours ago