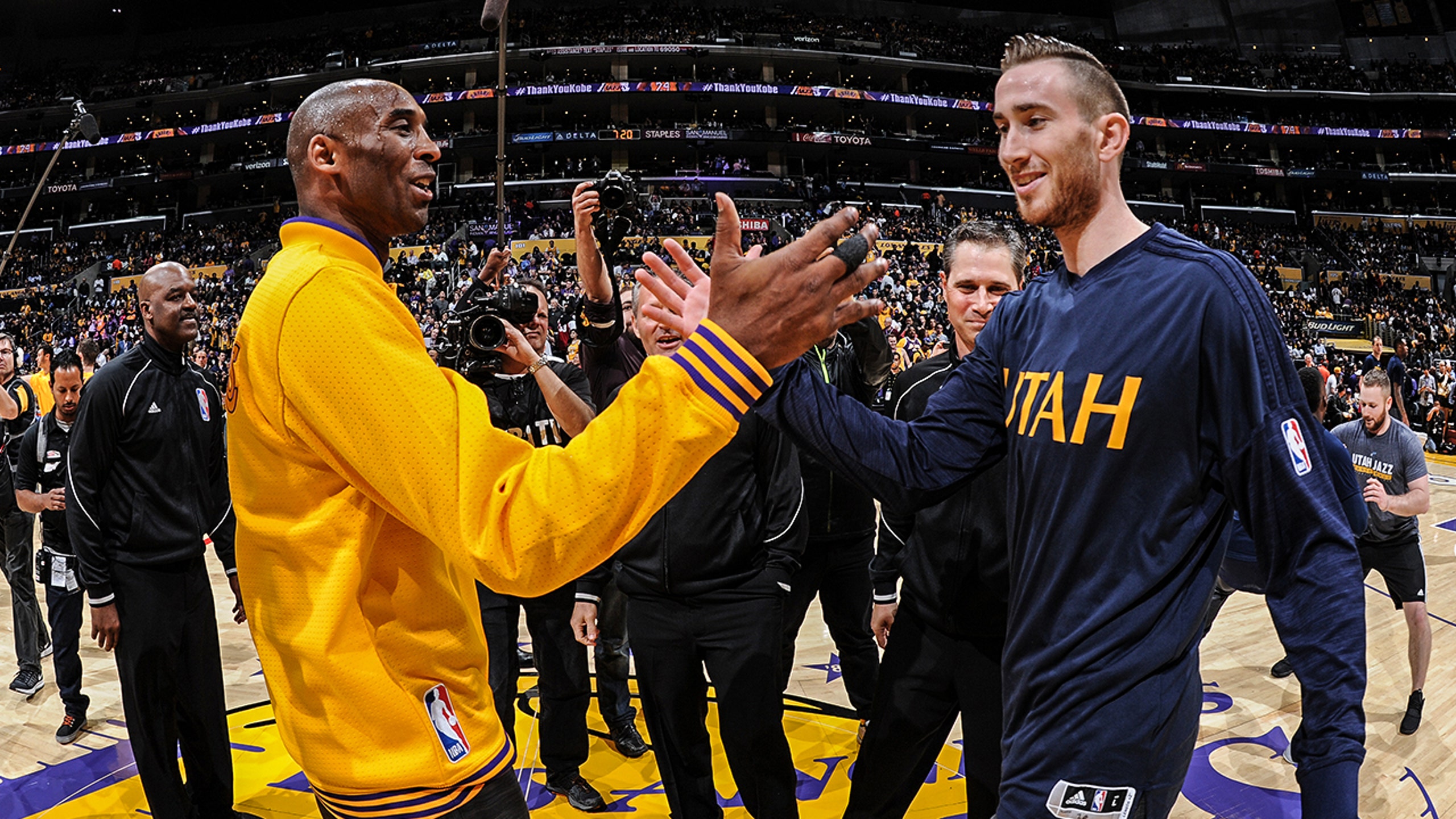 Kobe Bryant was there for Gordon Hayward at the lowest moment of his career.

Midway through the first quarter of Hayward's debut with the Boston Celtics in October 2017, he suffered a gruesome injury after trying to catch an alley-oop pass and colliding midair with then-Cleveland Cavaliers star LeBron James.

Hayward sat on the hardwood grimacing in pain, with his foot facing in an unnatural direction. 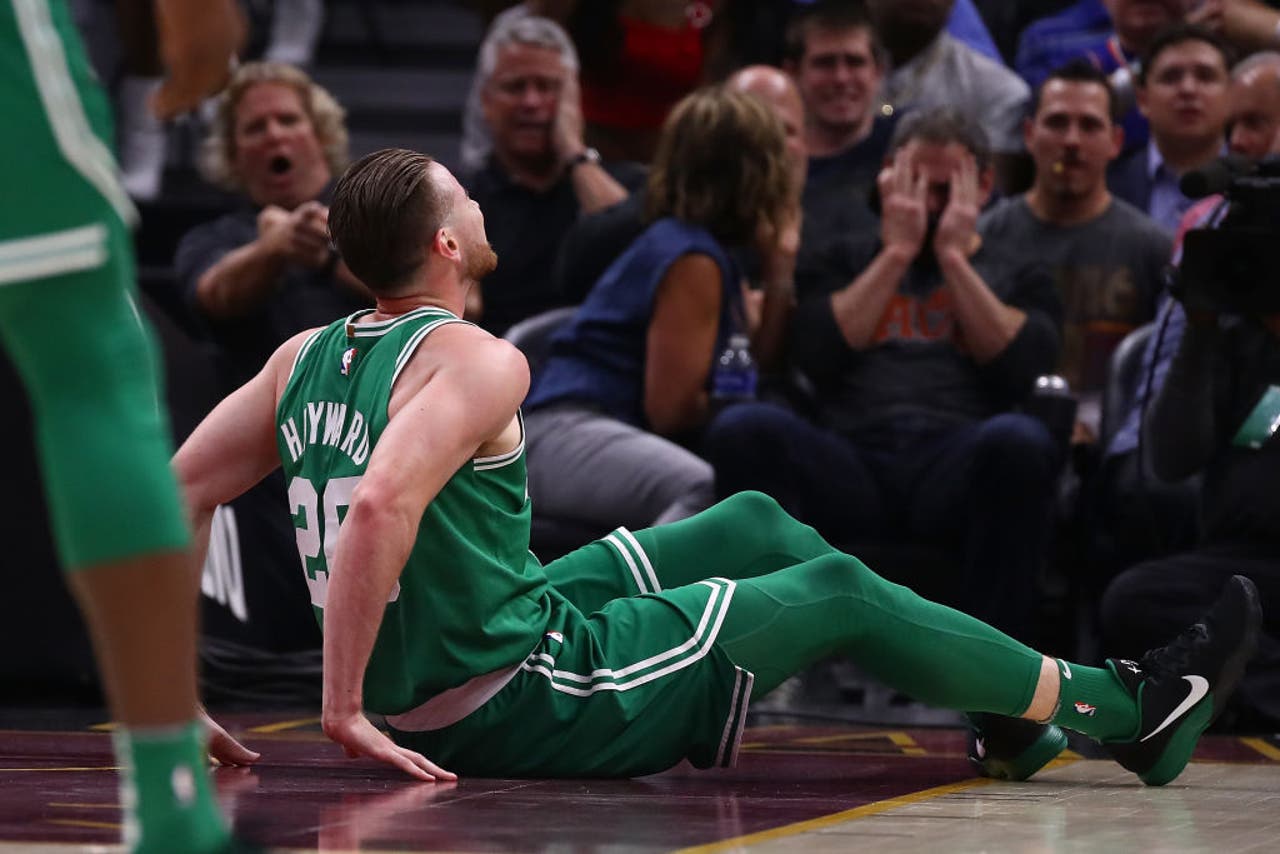 Everyone on the court was shocked, with players on both teams putting their hands over their heads or mouths as they retreated to their respective benches.

"Just definitely a lot of dark thoughts, just couldn't believe that that had happened, especially after moving the whole family across the country and trying to start a new chapter, a new journey," Hayward, now a forward for the Charlotte Hornets, told FOX Sports. "Just certainly disappointed, frustrated, angry. There were a lot of emotions."

The rest of the game played out in slow motion, as Hayward counted down the seconds until the end after he opted to catch the team charter home instead of immediately going to the hospital.

Amid the terror and anguish of the next 24 hours, Hayward found some comfort in a message from Bryant.

Bryant, a five-time NBA champion who was battered, bruised and operated on a slew of times during his 20-season career with the Lakers, wrote a powerful, 215-word Instagram post directed at Hayward the following morning.

Bryant began by encouraging Hayward to deeply feel his pain.

"Be sad. Be mad. Be frustrated. Scream. Cry. Sulk," Bryant wrote. "When you wake up you will think it was just a nightmare only to realize it’s all too real. You will be angry and wish for the day back, the game back THAT play back."

Bryant went on to tell Hayward to visualize his surgery and focus on each milestone, adding that he'll gain a new perspective through his rehab that will eventually help his career.

"... You will be so appreciative of being able to stand, walk, run that you will train harder than you ever have," Bryant wrote. "You see the belief within you grow with each mini milestone and you will come back a better player for it. Best of luck to you on this journey my brother #mambamentality always."

Over the next year, Hayward turned to that message whenever things got tough.

It gave him hope and comfort.

"It meant the world to me," Hayward said. "I think having Kobe do that was really special. And he texted me as well. It meant a lot to have somebody like him encourage me for the whole world to see, not just privately, like I said he did, but also publicly. Definitely read that multiple times in my recovery and in my journey back, and I feel like in those moments, you can get really isolated. So to have people reaching out like that, it meant a lot."

Hayward's relationship with Bryant began during Hayward's rookie season with the Utah Jazz in 2010-11.

In a game against the Lakers in April 2011, Hayward had the best performance of his young career, finishing with 22 points on 9-for-14 shooting. He showed no fear, weaving past Bryant for dunks and playing lockdown defense against the superstar, even forcing the ball to slip out of Bryant's hands as he attempted a game-winner.

"I'm very fond of him," Bryant told reporters that night. 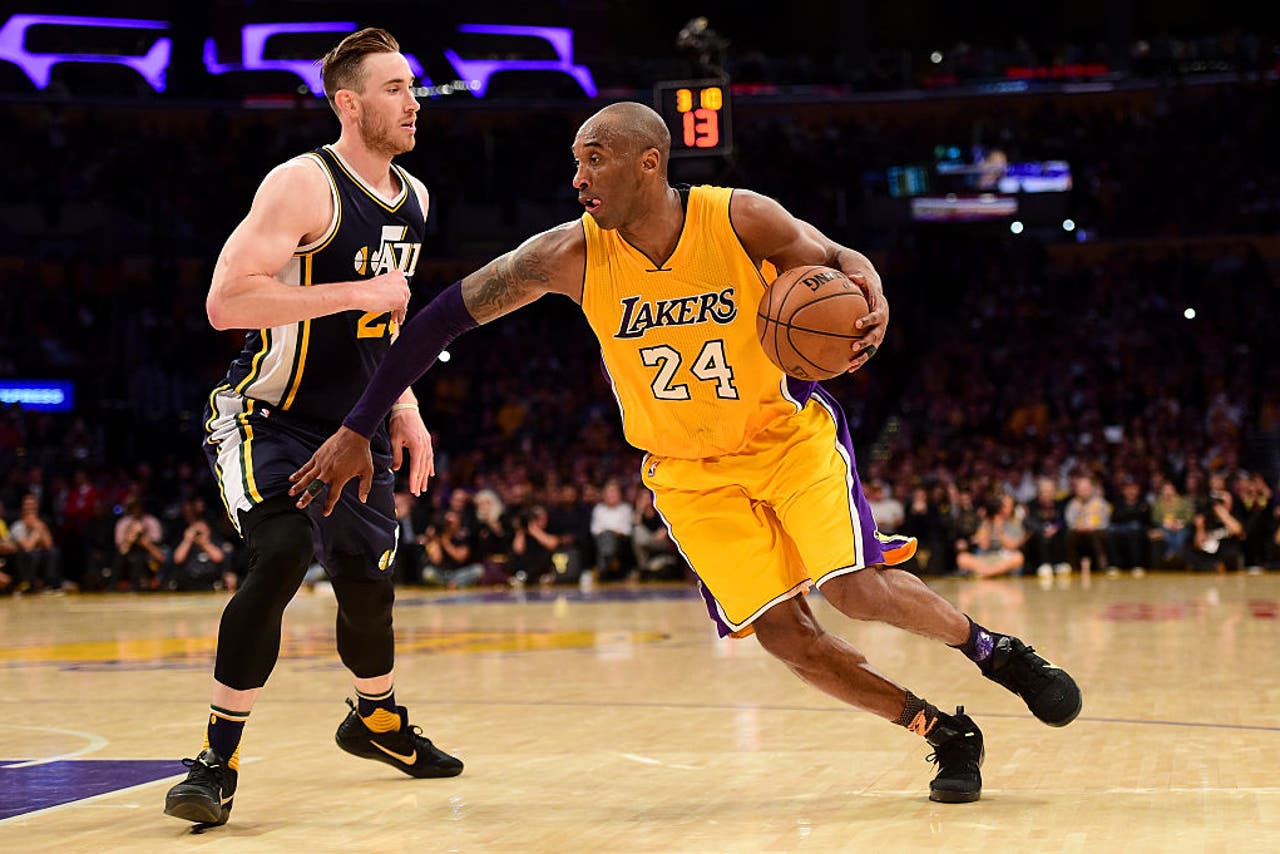 There were two sides to Bryant.

If he thought a player was lazy and he didn't respect him, he was ruthless, using a combination of sharp words and palpable disdain to cut the jugular. But Bryant had a soft spot for eager, young talent with the right attitude and work ethic.

He rewarded players for not being afraid of him.

Although Hayward acknowledged that he giggled like a little girl the first time Bryant acknowledged him, he didn't show weakness when they played.

"I just played hard on the court and competed," Hayward said. "I think he admired that initially."

That gave Hayward an opening that he capitalized on five years later. While he was in Newport Beach for a wedding in 2016, he mustered up the courage to ask Bryant, who had just retired, if he'd work out with him.

"I actually didn't think he would do it," Hayward said. "I know he's super busy. But he did. He worked out with me, and our relationship kind of blossomed from there."

For three straight days, Bryant trained with Hayward at a local school, giving him an inside glimpse into his approach and mentality.

But not before messing with him a bit.

Before their first workout, Hayward arrived at the gym an hour early – and waited and waited. Finally, about 35 or 40 minutes after the time they were supposed to meet, Hayward texted Bryant and asked if he were at the right location.

"He was just testing the waters with me, seeing what I was going to be like," Hayward said with a laugh.

Bryant arrived five minutes later. They worked out for three hours a day. After their last session, they watched film together and talked about Bryant's strategy in becoming one of the greatest players of all time.

"He said, 'You've got to make your game simple, but make it so they can't stop it,'" Hayward said

Hayward went on to try to incorporate Bryant's moves into his game, especially his unstoppable footwork from midrange.

The following season, Hayward was named to his first All-Star team, averaging 21.9 points, 5.4 rebounds and 3.5 assists for the Jazz.

He and Bryant stayed in close touch.

Hayward reached out to Bryant before the Jazz's first-round playoff series against the LA Clippers that April to ask him for advice. Bryant responded by breaking down film with Hayward over the phone, giving him tips that helped his team advance in seven games.

"It's certainly helpful to have an all-time great be able to look at stuff and say, 'You need to do this. This is where you can attack. You gotta tell your teammates, 'Let's get it here,'"Hayward said. "Just to see his mind work was really cool."

When Hayward chose to leave the Jazz for the Celtics in free agency that summer, signing a four-year, $128 million deal, Bryant called to congratulate him.

And after Hayward suffered that horrible injury shortly thereafter, Bryant kept checking on him, sending text messages and emails throughout his rehabilitation.

Hayward wants to keep the contents of those notes private, but he did say how much they inspired him.

"Just to have somebody like that in your corner is just a really good thing, somebody who you can reach out to, an all-time great who's been through just about every situation that you could think of," Hayward said. "That's what kind of made, for me, our relationship special because I was able to reach out to him. He made himself available to me. He said anytime you need anything, don't hesitate to call or text or anything like that, so that's really cool that he did that."

After Bryant died in a helicopter crash on Jan. 26, 2020, Hayward was devastated. He said it has been a very tough year for him.

When a theory emerged recently that in Bryant's final game against the Jazz in 2016, Hayward intentionally committed a lane violation as Bryant scored his 60th point from the free throw line with 15 seconds left so he could have another shot in case he missed, Hayward was quick to debunk that.

"Kobe wouldn't have wanted for me to give him an extra attempt to get that point anyway. That's just not the type of player that he was," Hayward said.

Over the past couple of months, Hayward has tried to channel his grief onto the court, where he's averaging career highs in points (23.1) and field goal percentage (50.2) for the Hornets.

In his most vulnerable moment, when he needed to hear it the most, Bryant assured Hayward that he'd come back better than ever.

Hayward is doing everything in his power to prove Bryant right.

And whenever he has doubts, he rereads Bryant's message from that fateful night.

"It still inspires me today," he said.

'I'll never shut up'
LeBron James responded to Zlatan Ibrahimovic's criticism of his social activism, saying he has no plans to stop.
19 hours ago

The King Chameleon
LeBron James has a skill that puts him above anyone to ever play in the NBA, the talent for adaptability, writes Melissa Rohlin.
2 days ago

Time for a new logo?
Kyrie Irving believes that the NBA logo should be changed to an image of Kobe Bryant. Is there merit to that argument?
2 days ago