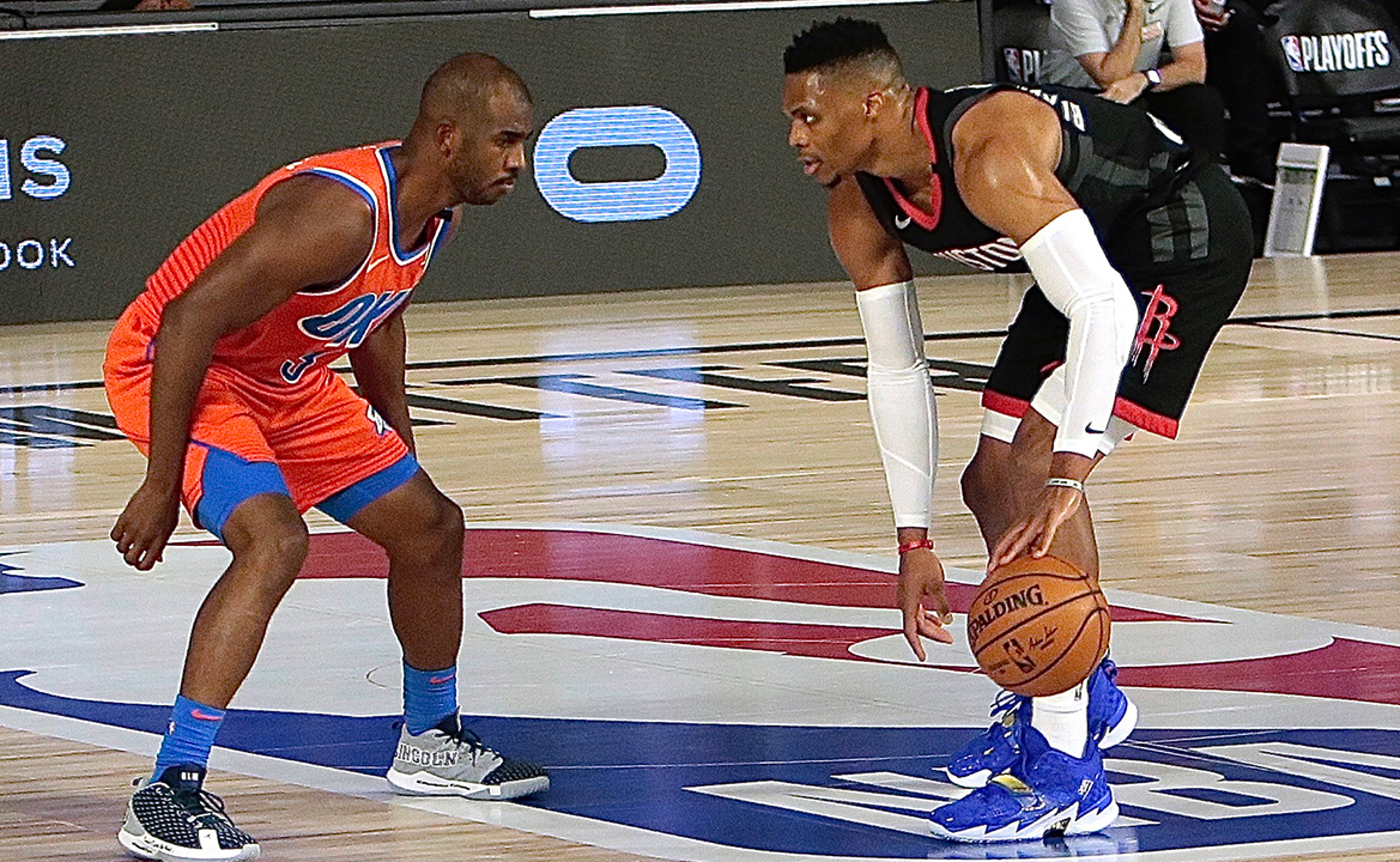 The ball is already bouncing in the NBA offseason.

It's bouncing in a real way.

Could Russ fit in the big city?

The Houston Rockets underwent changes in the offseason, with the departures of head coach Mike D'Antoni and general manager Daryl Morey.

And following the subtractions, All-Star point guard Russell Westbrook, along with Rockets superstar James Harden, had their say about the direction of the franchise.

Westbrook is in the third year of his five-year, $207 million contract, coming off a season where he averaged 27.2 points, 7.9 rebounds and 7.0 assists. He was one of just two players in the league to average 27 points, seven rebounds and seven assists last season.

Still, on Wednesday morning, the rumors of his departure were swirling.

“This seems like Russ beating the Rockets to the punch: rumors about them wanting to trade him hit, and days later, he says he wants out. Here’s the challenge: what contender does he fit with? I can’t think of a seamless transition for him among any of the league’s top teams. Best place for him may be New York. The Knicks need a marquee player and Russ needs the ball and his own team. They won’t come close to winning a title, but Russ will put on a show.”

Westbrook, who turns 32 on Thursday, won the 2016-2017 regular season MVP and made his ninth All-Star appearance last season, alongside Harden, who made his eighth appearance.

Still, the Rockets lost in the second round of the 2019-2020 playoffs in five games to the eventual champion Los Angeles Lakers, and Westbrook struggled, averaging just 17.9 points, 7.0 rebounds and 4.6 assists. He shot 42.1 percent from the field, 24.2 percent from three, and averaged 3.8 turnovers per game.

On Wednesday morning, Chris Broussard addressed the possibility of Westbrook landing with the Clippers.

"Russ is so unique, so different, such an energetic player, he doesn't fit in ... He comes in and everything changes. The Clippers are not in that position where they need an overhaul. All they need is a few tweaks here and there, and that's not Russ."

Shannon Sharpe agreed with Broussard, and said that a different guard option – Rajon Rondo – would be a better fit in LA.

Meanwhile, a similar situation is occurring with Russ' former team in Oklahoma City and its point guard, except that Paul is not asking out of dodge.

In the postseason, Paul averaged 21.3 points, 7.4 rebounds and 5.3 assists, but the Thunder lost in the first round to the Rockets in seven games.

On the other hand, Phoenix narrowly missed the playoffs after an 8-0 run in the NBA seeding games in Orlando, Florida, highlighted by impressive performances from young stars Devin Booker and Deandre Ayton.

Broussard thinks that the seasoned Paul could fit well with Booker and Ayton, helping Phoenix reach the postseason for the first time since 2010 through his veteran leadership.

"He would help the young players develop, without getting in their way."

Not to mention, Paul played under Suns coach Monty Williams in New Orleans from 2010 to 2011.

Skip Bayless agreed with Broussard, saying that Paul is exactly what the Suns need, and thinks the addition would make them a legitimate contender in the West.

"I think they are going to be better than you are giving them credit for. I'm not saying they are better than the Lakers, but top four."