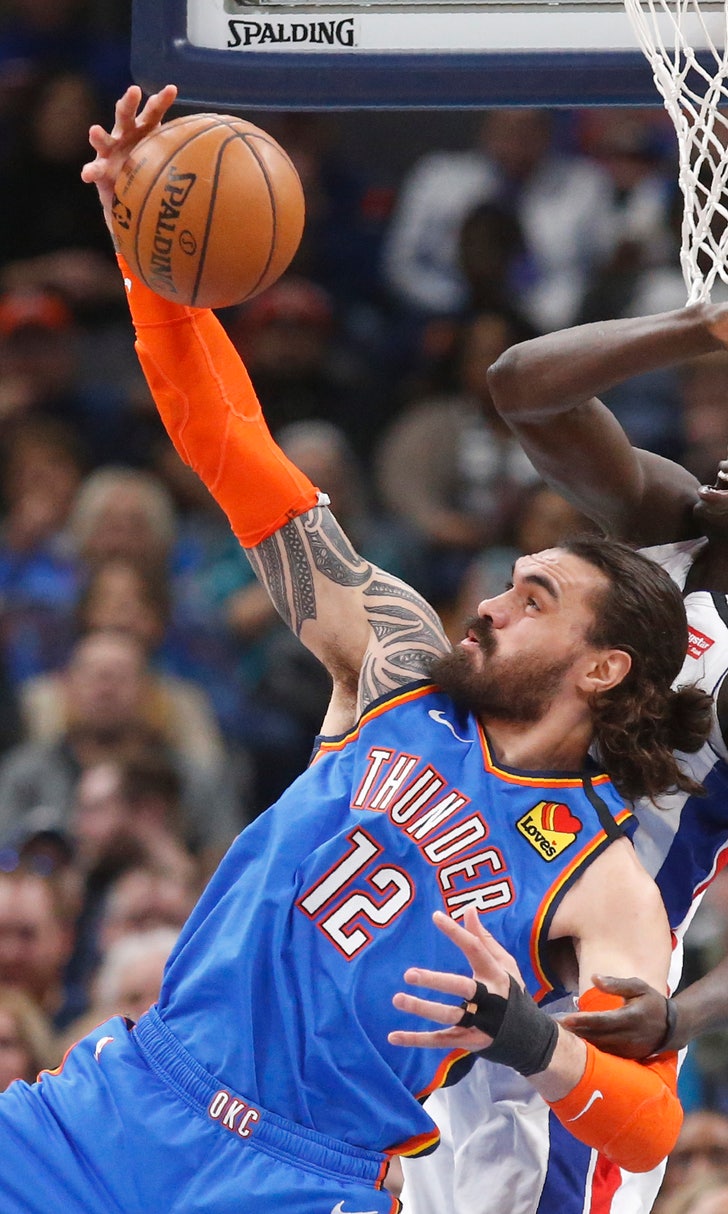 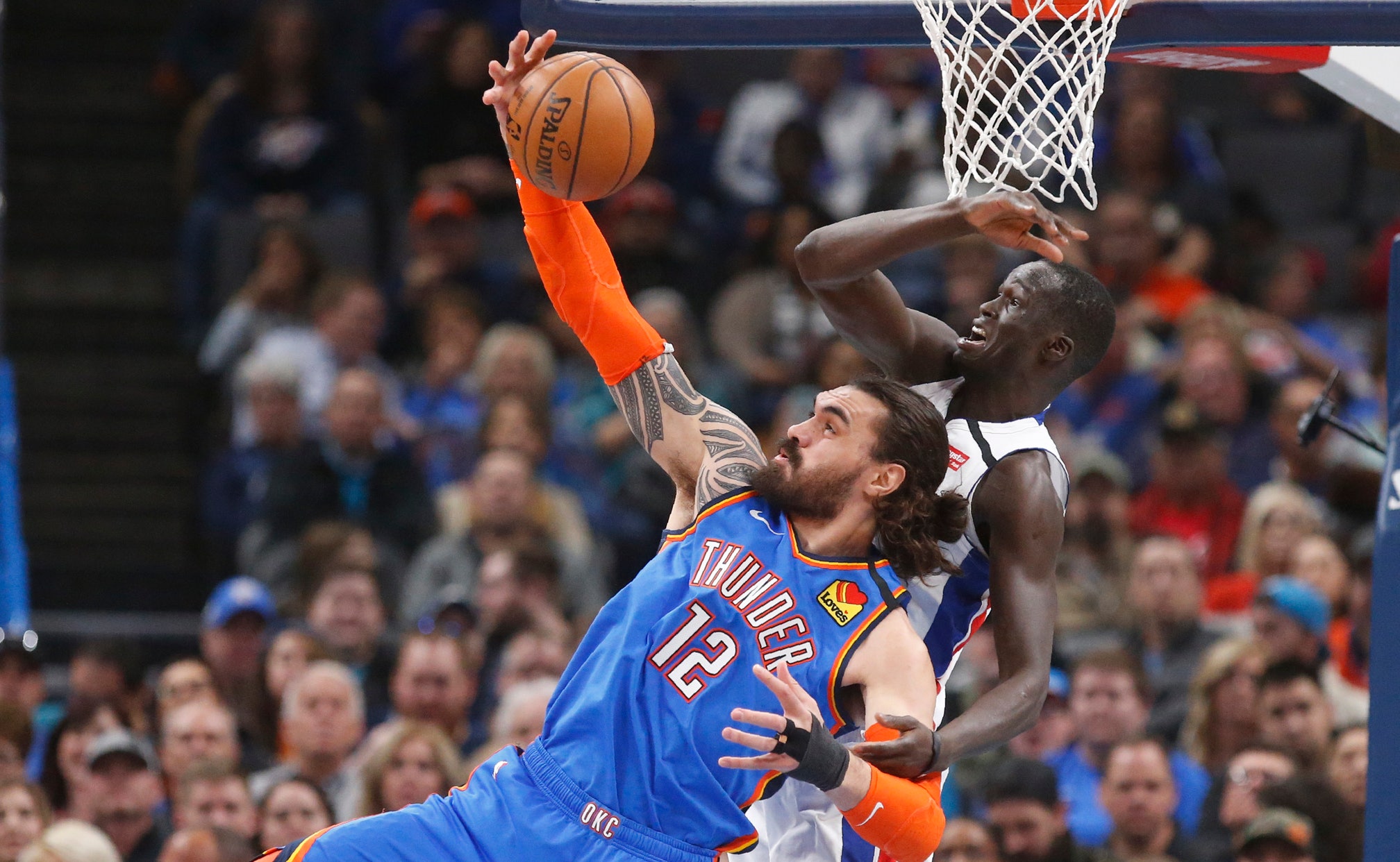 OKLAHOMA CITY (AP) — Nothing changed for the Oklahoma City Thunder before the trade deadline.

As a result, nothing appears to have changed after — in their first game since, they won again with balanced scoring and solid defense.

Most of the hype before the deadline involved Gallinari, the team's No. 2 scorer. Paul was happy that the Thunder were able to keep their team together.

“It's always uncertainty because it's a whole ordeal now with the deadline,” he said. “It shows. It's a frenzy. It's good to know that we're going to keep playing together.”

“It's us,” Paul said. “Once the deadline passes, I don't care what they said — this, that was going to happen. We're going to make a run at this thing, and we've got our group.”

It was Detroit's first game since trading Andre Drummond to the Cleveland Cavaliers. Drummond is a two-time All-Star who leads the league with 15.8 rebounds per game.

Detroit coach Dwane Casey said before the game that the move was strictly business.

“Andre is a fabulous basketball player in our league,” he said. “Everybody makes a big thing about big guys. Still big guys — as long as that basket's 10 feet, big guys are still going to be important.”

Detroit's leading scorer, Derrick Rose, sat out with a strained left hip. With the trade and injuries, Casey had just nine available players.

Late in the third quarter, Gilgeous-Alexander got the roll on a pull-up jumper and was fouled. He missed the free throw, but got the rebound and made a layup to put the Thunder ahead 74-63.

The Thunder led 78-68 at the end of the third quarter, then Jackson scored seven points in the first two minutes of the fourth quarter to cut Oklahoma City's lead to 85-78.

Detroit cut its deficit to four in the closing minutes, but Paul made two free throws and a jumper to give the Thunder a 103-95 lead with 1:31 to play, creating enough of a cushion for Oklahoma City to hold on.

Casey said part of the problem late was that he utilized so many young players.

“I thought we didn't do a great job of executing down the stretch,” Casey said. “Some of that — a lot of guys hadn't been in those situations. But again, the effort and the intensity, I thought was there for the most part of the game."

Thunder: G Terrance Ferguson played in his second game since returning from an eight-game personal absence. He finished with one point in 13 minutes. Rookie Luguentz Dort, who got the start, scored two points in 25 minutes. ... Schroder's streak with at least 20 points off the bench ended at seven games.

Gilgeous-Alexander, a 6-foot-6 guard, has at least one block in nine straight games. During that stretch, he is averaging 1.89 blocks per contest. According to the Thunder, the only Oklahoma City players ever to post longer streaks are all at least 6-10: Nerlens Noel, Kendrick Perkins and Serge Ibaka.

Paul, on staying focused heading into the All-Star Break: “Sometimes, these games, people start looking at the break, what not, but we've got a great group of guys that we can focus on every game, and it's nice to have.”