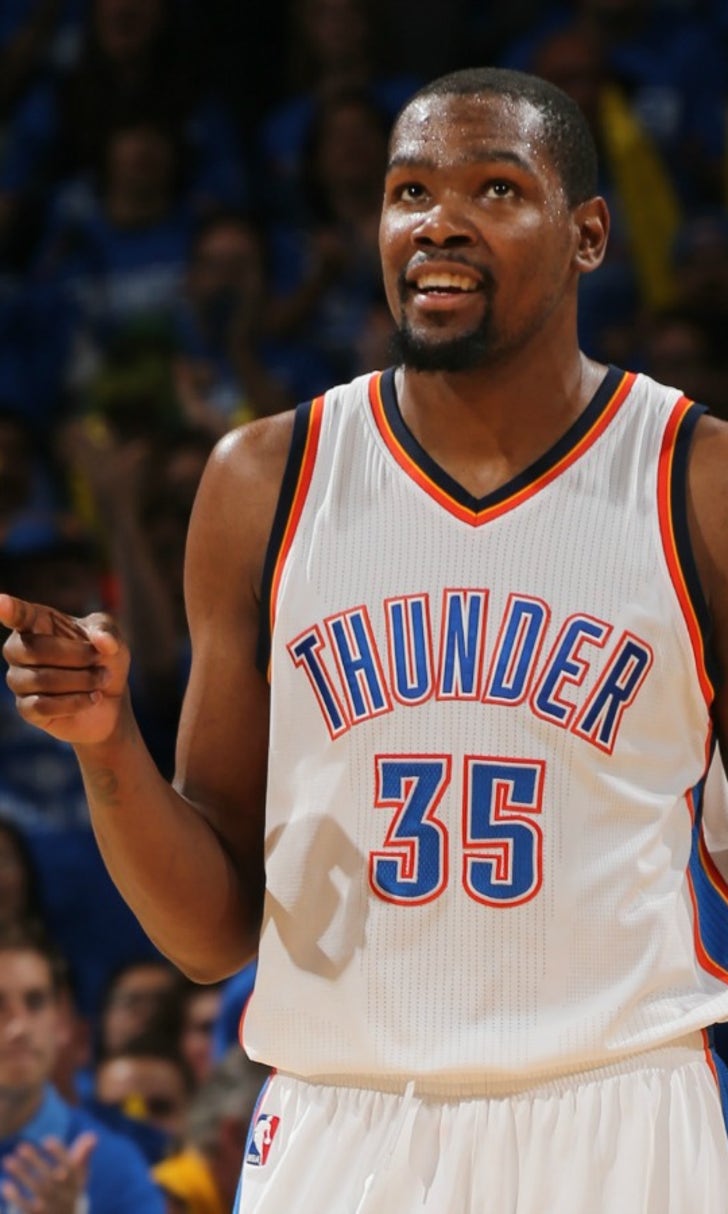 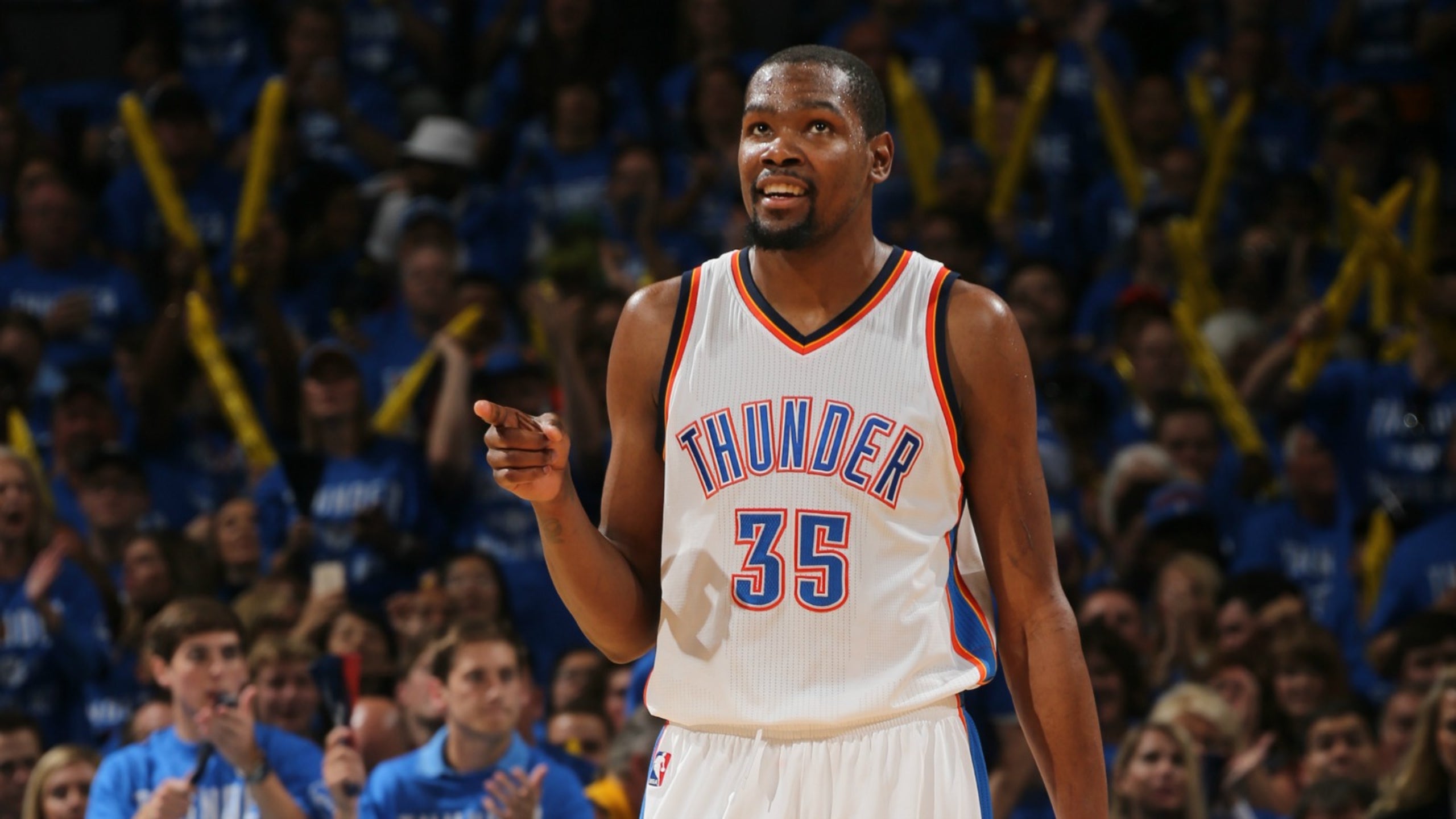 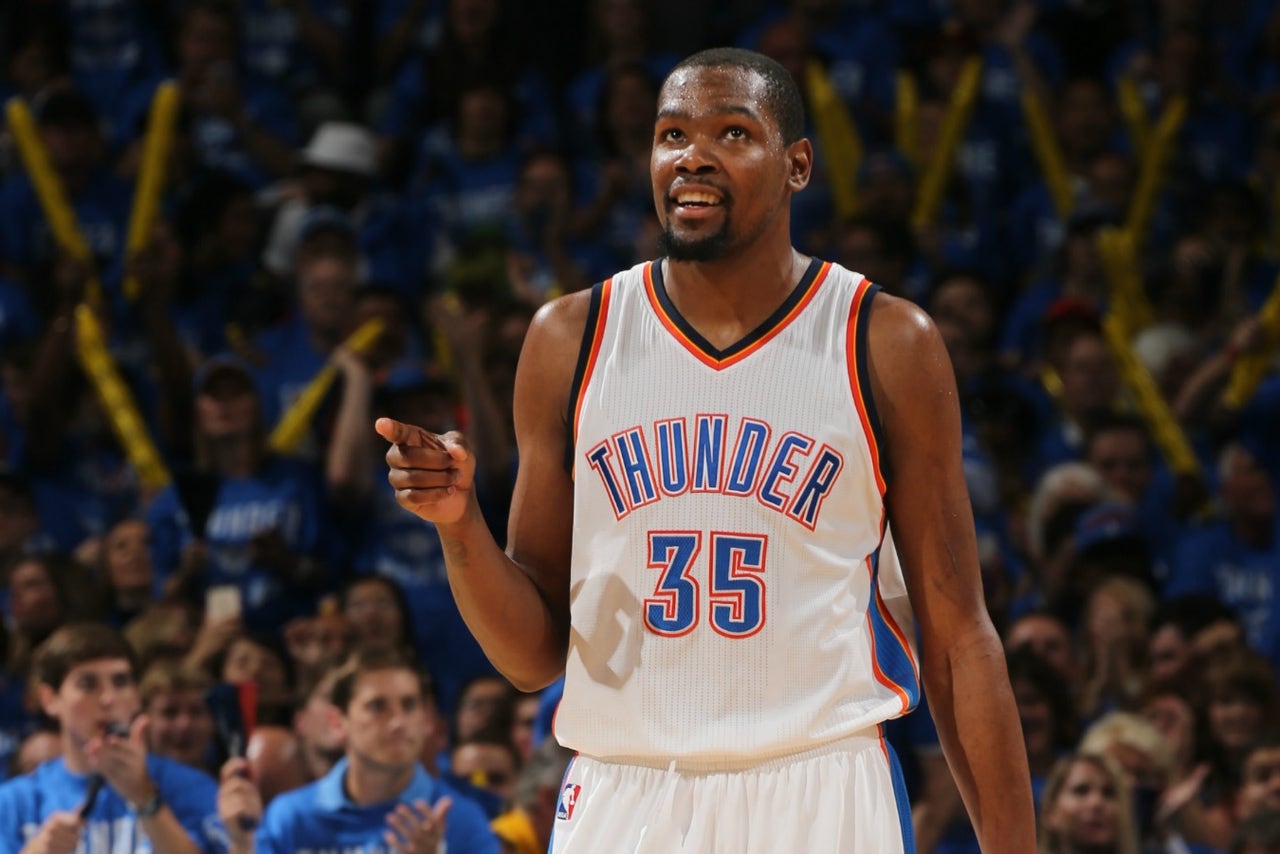 Oklahoma City Thunder star Kevin Durant was driving down the road when he happened to find an ambulance stuck in rush hour traffic. EMSA paramedic Peter Radford told News9 in Oklahoma that Durant turned on his hazard lights and helped the ambulance make its way through the traffic jam in what sounds like a brilliant stoke of luck.

"We were stuck in traffic, so pretty much cars surrounding us all over," EMSA paramedic Peter Radford said. "All of a sudden, I see a silver Ferrari or a silver sports car pull in behind us."

Before Radford knew it, the lanes of traffic started clearing.

"I see this Ferrari has it's flashers on," he said. "It's actually making way for us to get through and navigate all the traffic ... Once we actually get through all the traffic, this silver Ferrari comes over to the side and waves to my partner," Radford said. "And my partner goes 'Do you have any idea who that is?' And of course I'm clueless. 'That's Kevin Durant.'"

Durant joked about the incident at practice.

"I saw the ambulance from behind me, and it was kind of slow in front of me, and I moved over. I said, 'I'm just going to follow the ambulance so I can get through traffic a little quicker ... I looked to the left of me and they were waving out the window. I was like 'don't you have a job to do?"

My EMSA friends say Kevin Durant @okcthunder slowed traffic in his Ferrari so the ambulance could run to a call ⚡️⬆️ pic.twitter.com/wfgVQI0Ymm

Kevin Durant on paramedics waving to him from ambulance: "Don't you got a job to do?" pic.twitter.com/Fd69oooiah

Defense Optional
The new-look Nets are watching their "Big 3" score at-will – but will a lack of defense keep them from their full potential?
8 hours ago

The NBA's Most Devastating Injury
In recent years, Achilles tears have plagued some of the NBA's top players. Melissa Rohlin examines a painful trend.
2 days ago

Brooklyn Buckets
So far, so good in Brooklyn. The Nets are 2-0 since pairing "The Beard" with KD, and the duo has so far proven unstoppable.
2 days ago