One week into the season, LeBron closing in on 2 milestones

LeBron James has often said that being mentioned among the game's all-time greats is humbling to think about now, and that accomplishments will mean more to him after he stops playing.

That said, he does savor milestones.

And he could reach two of them in his next game.

When Cleveland goes to Philadelphia on Monday, James will be 21 points from becoming the 20th member of the NBA's 25,000 regular-season-points club - and just one point from becoming the 11th player with 30,000 points when adding playoff numbers to the overall total.

Monday would be James' 915th regular-season game. Everyone ahead of him on the NBA scoring list has logged at least 1,000 games except Jerry West with 932; James should pass him for 19th in scoring in the next couple of weeks.

It's obvious that James is in that never-ending argument for ''best player ever,'' but his stats are already eye-popping and will only get better from here. Consider: The only other player with as many points, rebounds (6,524) and assists (6,315) in his NBA career is Oscar Robertson - and James could pass him in scoring this season as well.

New Orleans' Anthony Davis made a total of three 3-pointers in his first three seasons; he needed three games to make that many from beyond the arc this season.

Atlanta's Al Horford had one game in his pro career with two 3-pointers - and that was when he hit a meaningless one at a final buzzer - before this season, and then he did it on back-to-back days last week.

Charlotte's Frank Kaminsky, a 7-foot rookie, took a 3-pointer for his first pro shot (a miss), then connected two nights later on one for his first basket.

But maybe the biggest long-range surprise in the early going this year is Sacramento's DeMarcus Cousins. He had four 3-pointers in his last 167 games combined entering the season, then made four in the Kings' season-opener.

Some games to take note of this week:

- Thunder at Rockets, Monday: A pair of high-octane Western Conference clubs square off. The Rockets have won the last four meetings.

- Trail Blazers at Timberwolves, Monday: Minnesota's home opener, and a night that will have emotion unlike any other game in team history after the passing of Flip Saunders.

- Pacers at Pistons, Tuesday: Detroit started 3-19 last season. The Pistons are 3-0 this season.

- Heat at Pacers, Friday: Indiana debuts its hotly anticipated ''Hickory'' uniforms, a nod to the 30th anniversary of the iconic basketball movie ''Hoosiers.''

- Lakers at Knicks, Sunday: This could be Kobe Bryant's final appearance at Madison Square Garden. He hasn't played a regular-season game there since 2012, and averages nearly 31 points in 15 past matchups there against New York.

2-0: That was Oklahoma City's only lead in regulation Friday night against Orlando. The Thunder led for only 14 seconds in regulation, but got a desperation game-tying 3-pointer from Russell Westbrook in the final second of the fourth quarter and went on to beat the Magic 139-136 in double overtime in Billy Donovan's first game against the team he technically coached for a couple days in 2007. 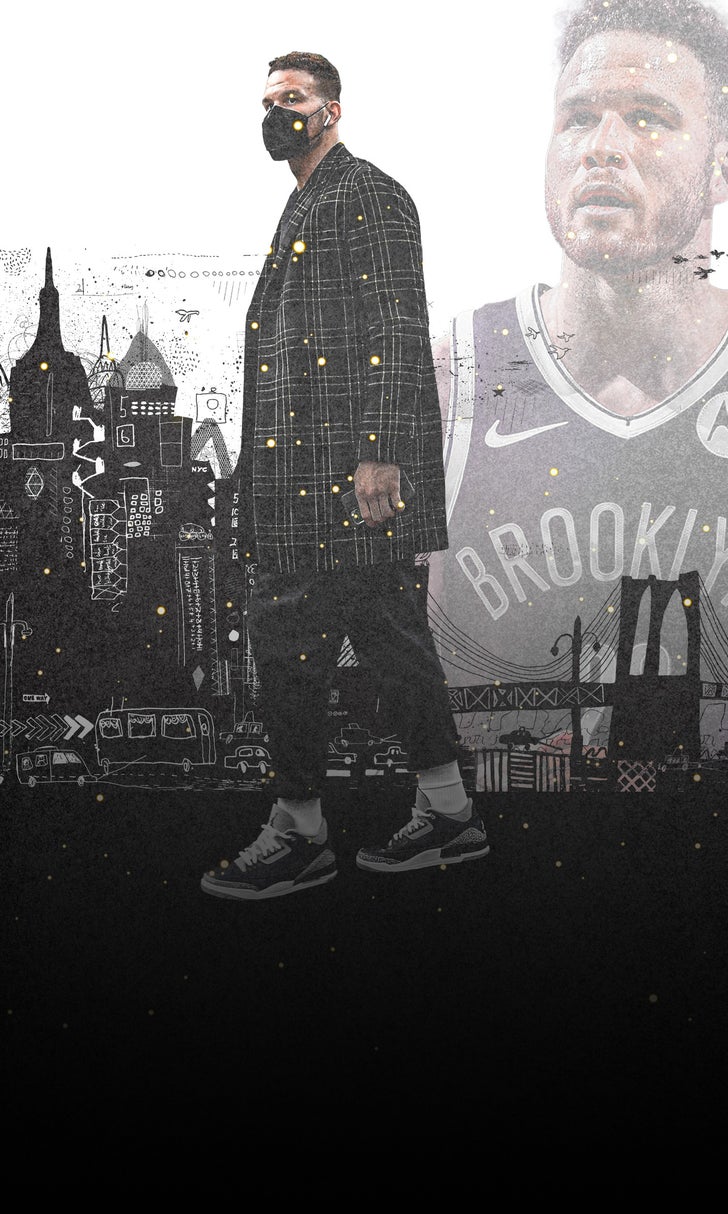 Brooklyn Heights
Can the addition of Blake Griffin – a former high-flyer turned stretch big – take the Brooklyn Nets to even higher heights?
33 mins ago