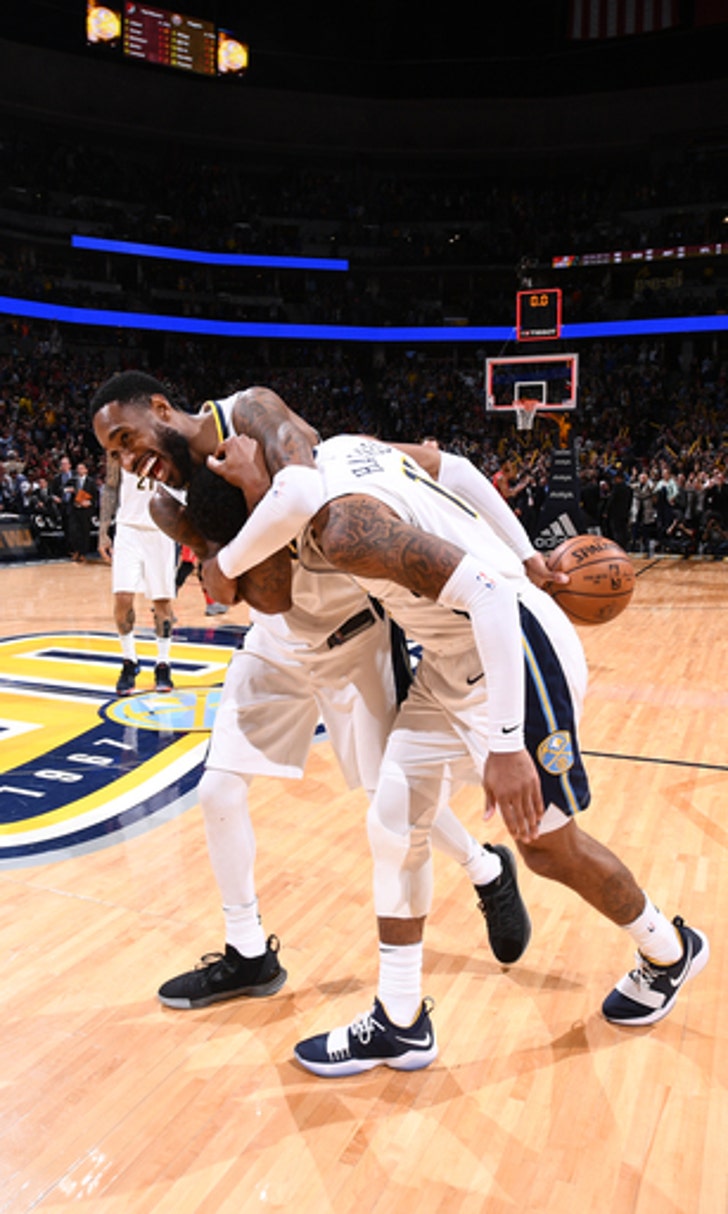 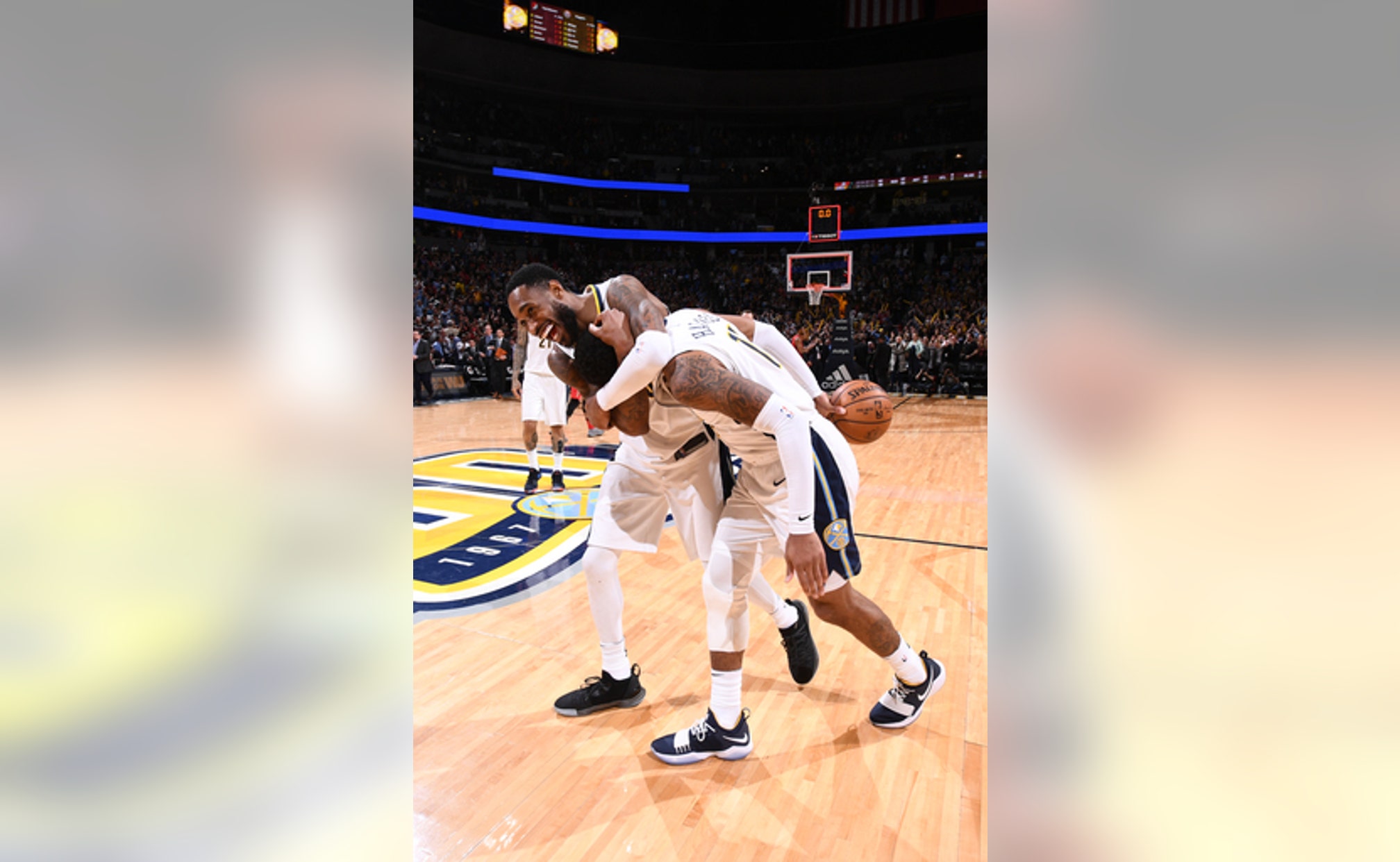 DENVER (AP) The Denver Nuggets are playing playoff-caliber basketball. One more win and they'll be doing it for real.

Facing elimination and an 11-point deficit midway through the third quarter Monday night, the Nuggets rallied past the Portland Trail Blazers 88-82 for their sixth consecutive victory.

''That was another playoff game. That was just tough, physical for 48 minutes,'' Nuggets coach Michael Malone said.

One more win Wednesday night at Minnesota and the Nuggets will end a five-year playoff drought.

The Trail Blazers have lost four straight but still harbor hopes of clinching the third seed in the Western Conference playoffs.

''At the end of the day this team is going to make a shot. I'm not worried about that,'' said Jusuf Nurkic, who had 20 points and 19 rebounds. ''We have one more at home (against Utah) and it's probably going to be for the third spot. We're going to fight for that.''

The Nuggets kept their season alive thanks to Nikola Jokic's 10th triple-double of the season and a stifling defense on a night their starters made just 22 of 61 shots.

''I told them at halftime, I was honest, I said, `Fellas, if we lose, we're out.' I knew some of these other teams had won games. And I felt we played like our lives were on the line,'' Malone said. ''It wasn't pretty, but I thought our defense was phenomenal.''

The Trail Blazers scored 25 points off 18 offensive rebounds but managed only one bucket and two offensive boards in the fourth quarter, when they were held to 13 points.

Jokic scored 15 points, pulled down a season-best 20 rebounds and had 11 assists. Will Barton added 22 points, leading a comeback from an 11-point third-quarter deficit.

''It was a playoff tuneup,'' Portland coach Terry Stotts said. ''Both teams competed at a high level. I was proud of the way we defended, especially when you're having trouble making shots. I'm actually encouraged by the way we played, the way we fought. If we get those looks most of the time we're going to be in pretty good shape.''

Jokic secured his 16th career triple-double when he fed Devin Harris for a 3-pointer that put the Nuggets ahead 73-71 with eight minutes left, their first lead of the second half.

This time, it was Denver that came up big in the end.

Trail Blazers: F Ed Davis returned to action after missing four games with a sprained right ankle, and Stotts said the boost he provided was bigger than his 5.4-point and 7.4-rebound averages. ''What he offers on the court is unique, as far as his rebounding, his screen setting, his finishing around the paint, all those things,'' Stotts said. ''His presence in the locker room, his presence on the bench. Just the intangibles. He's been a very integral part of what we've done this year.''

Nuggets: Malone said he decided to bring Gary Harris off the bench rather than start him because he didn't want to mess with the chemistry the Nuggets had developed while going 7-4 in his absence. ... Barton had averaged 18.5 points, 5.3 rebounds and 3.7 assists while starting in Harris' place the previous 11 games.

TECHNICAL SPARK: Malone drew a technical for arguing a no-foul call when Jamal Murray went down hard with 6:18 left in the third quarter and the Nuggets trailing 62-53.

''Coaches are funny that way,'' Devin Harris said. ''I thought it was the right thing to do. Obviously, I thought Jamal got fouled. But he used it to kind of fire us up and we needed a little bit of an energy pick-up right there and I thought Coach gave it to us.''

The teams ahead of Denver in the playoff race haven't done the Nuggets any favors. A loss to Portland would have eliminated the Nuggets from playoff contention because the Spurs, Timberwolves, Thunder and Pelicans all won Monday night.

They won't be watching the scoreboard Wednesday night, either.

''We can't anticipate them helping us,'' Devin Harris said. ''We dug ourselves into this hole; we've got to dig ourselves out.''

Nuggets: Can end their playoff drought with a win at Minnesota on Wednesday night.