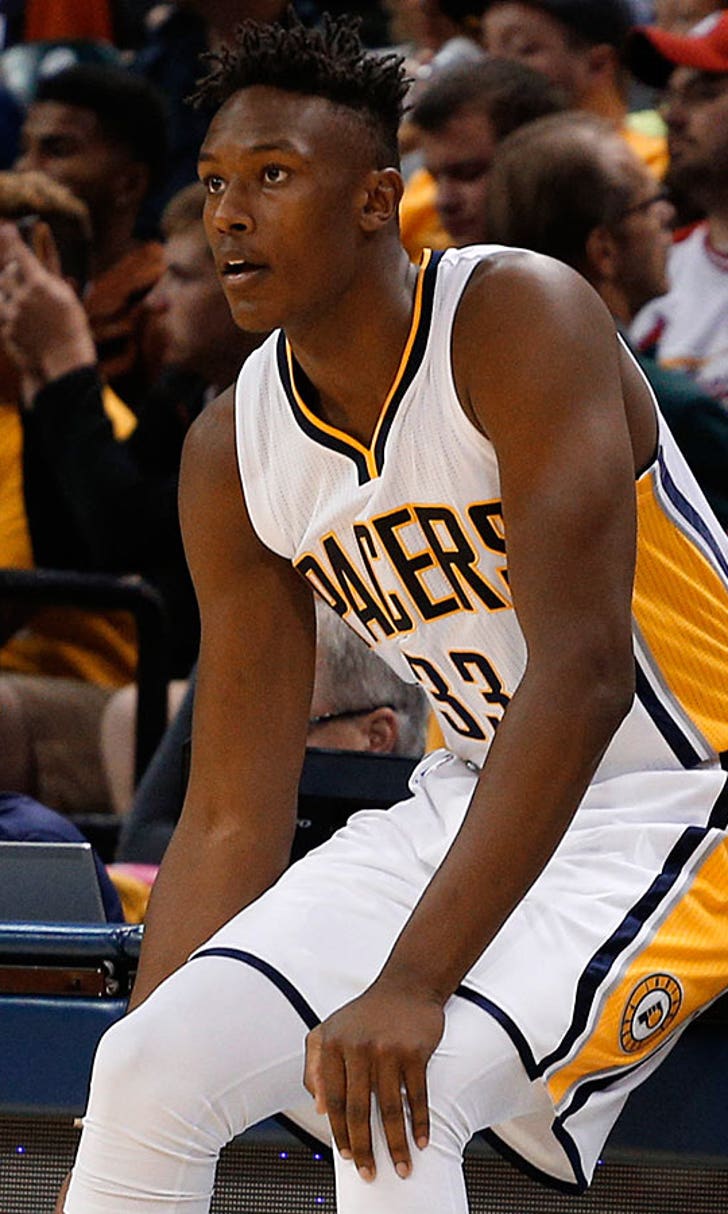 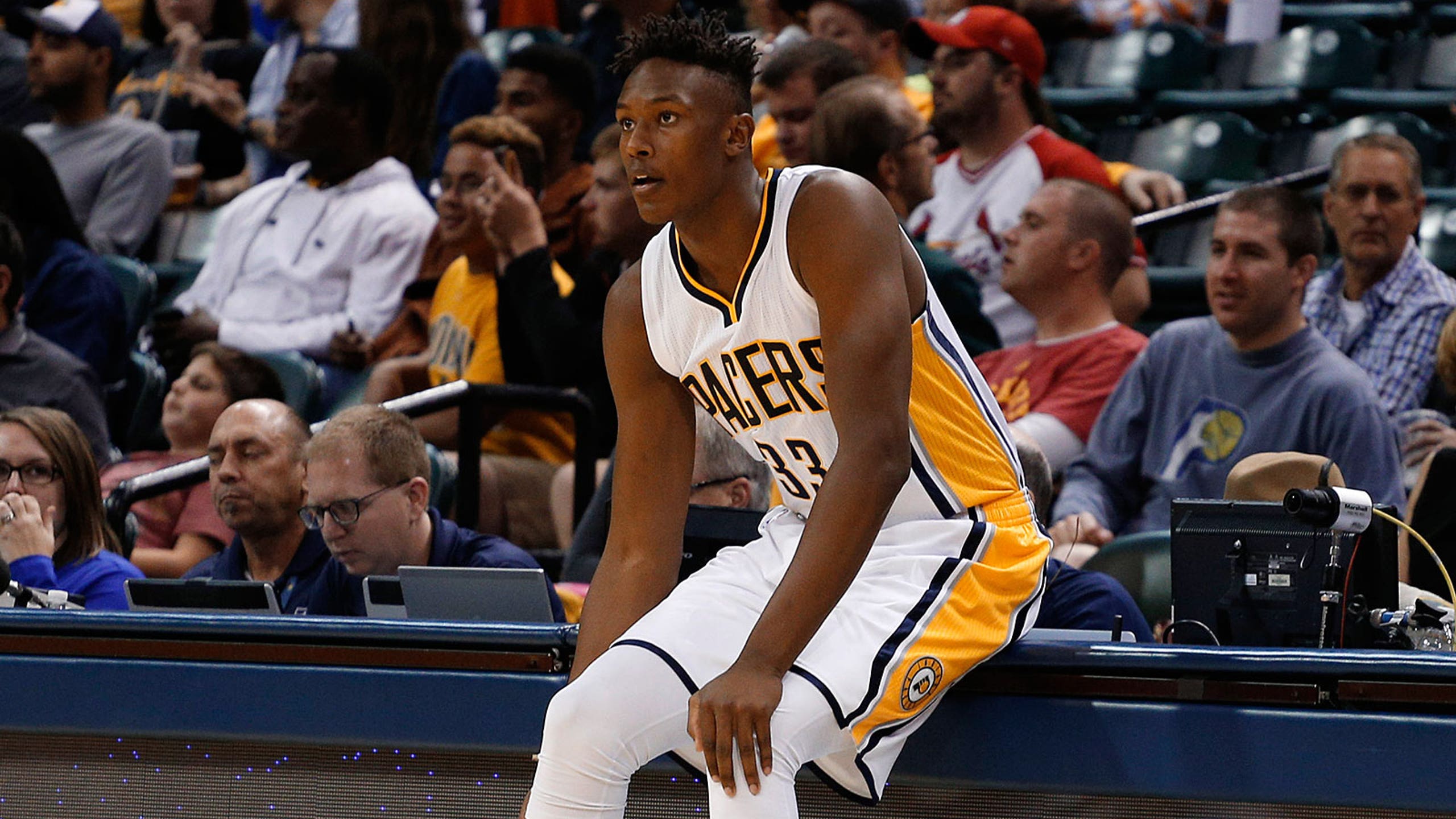 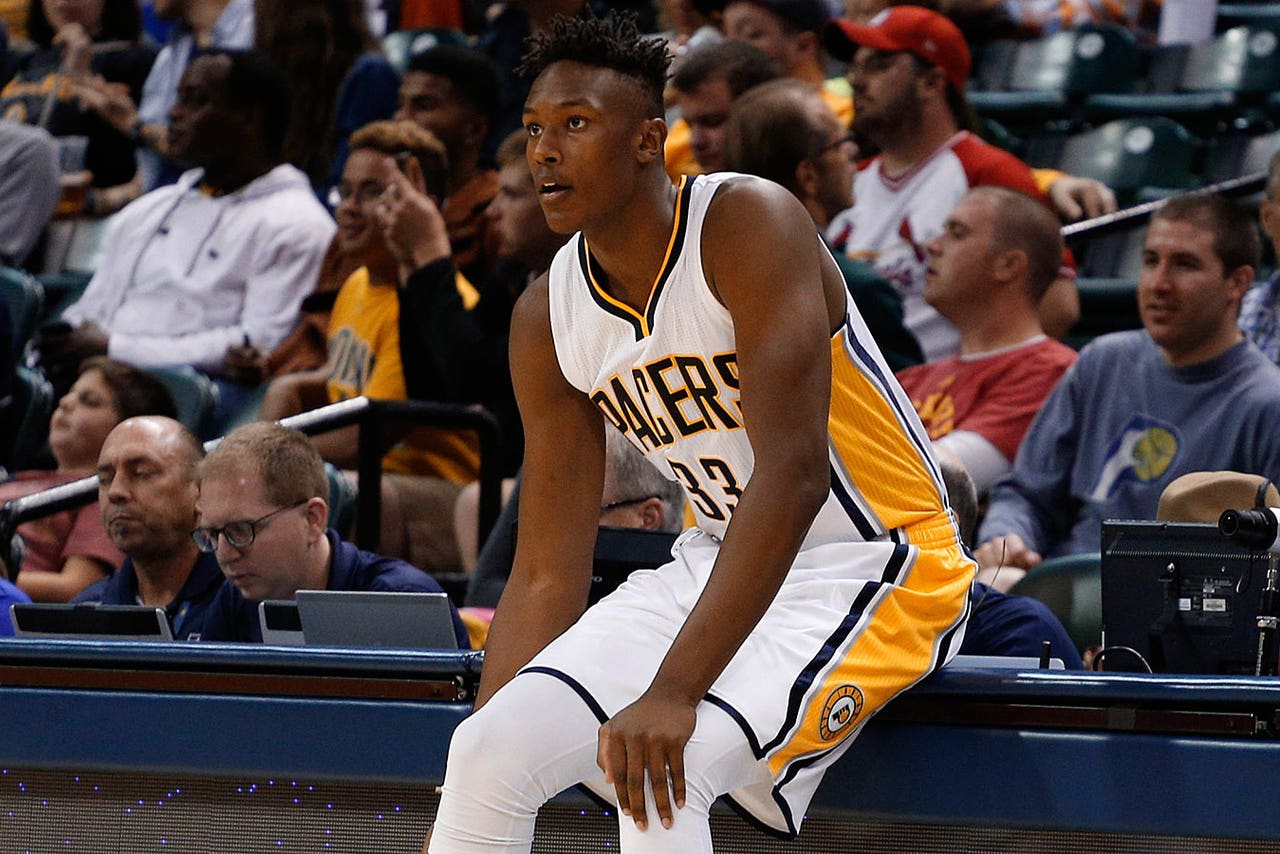 We all experience tragedy. For too many, it comes early. And for Myles Turner, now a rookie readying to play his first NBA game with the Indiana Pacers, tragedy came far too soon.

When Turner was in fifth grade, he grew close to one particular teammate on his school team, Habram Rosario.

“He was very raw,” Turner remembered. “He didn’t really play a lot of basketball, but he was the hardest-working dude of all time. He was very intimidating, [a] ravenous rebounder.”

Turner, the more talented player, admits Habram inspired him. So, he started playing harder, trying to match Rosario’s motor. The two got competitive, in the way that fifth graders playing basketball will—in a manner that turns two 11-year-olds into best friends.

Sadly, that wasn’t the last time Turner’s teammate would inspire him. Later in middle school, Rosario was diagnosed with leukemia, which would eventually spread to his brain. He died in ninth grade, when Turner was just 15 years old.

“I hated that it had to happen to such a good person,” said Turner. “When I heard the news that he had passed, it was almost unreal. I didn’t believe it at first. I knew he was sick, and I knew people were talking about it a lot, and I had just visited him a couple of days before it happened in the hospital. The best thing I can do is say, I remember him by honoring him.”

Honor him, he did.

Turner tried to take some of Rosario’s style, adding a little recklessness and passion to his own game. He went above and beyond, too. He bypassed an opportunity to attend the more heralded Trinity High School as a varsity basketball player, instead staying at the junior high (a seventh through ninth grade school) where he befriended Rosario. The goal: A district championship to honor his late friend. Turner wanted to finish what he and his closest buddy had started.

By the end of the year, Turner and his ninth-grade teammates at Central Junior High in Bedford, TX were champions.

And Turner didn’t forget about Rosario after accomplishing their shared goal, either. He wore No. 52, Rosario’s old number, during his sole season at University of Texas before bolting for the NBA.

But No. 52 didn’t do well by Turner in Austin, even if he did enter the year as the school’s most anticipated basketball addition. He had struggling moments throughout the season.

Scouts will tell you one of the disconcerting parts of Turner’s game was his clunky running form, which was awkward at best in college. That was even truer in high school, as Turner suffered a broken ankle as a sophomore. Turner, however, said the issues with his gait were unrelated to the ankle injury. In fact, he called the injury “one of the best things that could happen,” as it allowed him to focus on adding 25-plus pounds of muscle to his frame in high school. More than the injury, then, it was the fact that his shoes were three sizes too big.

“He for a long time wore a shoe that was way too big for him,” hypothesized Rick Barnes, Turner’s coach at Texas and now the head coach at University of Tennessee.

Try that on for size—as long as it’s the correct one.

Turner came into Texas wearing a size-21 shoe, a proportion that felt natural because he has an excessively long arch. Now, he’s down to the proper size-18 with special, added orthotics. With that, the critiques of his offbeat running form have fizzled.

You’d think that Turner would be able to buy all the shoes he wants now that he’s an NBA player. But believe it or not, the young man who signed a seven-figure rookie contract is on an allowance.

Yes, a professional basketball player is still on an allowance—from his parents, no less. And it stems from the tight-knit relationship Turner has with his family.

He’s still a older biological brother to 12-year-old My’a, a pseudo brother to his two cousins, who his parents took in when he was young, and an emotional big brother to a girl named Alyssa, a friend of the family who has been sick since she was young and with whom Myles keeps in close contact, even bringing her to Austin, TX as a special guest for a game last season.

“In some regards, I do feel like I have to be the strong one,” said Turner. “People know who I am, so people would look to me.”

And who does that come from? “Probably my mom.” His mom, the same woman who took in her sister’s two children from a young age and essentially raised them, something she accomplished by making sure everyone was on the same page.

Turner’s family was tight in emotions and with rules, which plays into how Turner approaches his rookie year. So many NBA players reach the league and immediately consider themselves men. For many of them, that’d be an accurate review. But for some—especially 19-year-old lottery picks—it’s a tad premature.

The Turners realize that. It’s why David and Mary still take part in Myles’ life, not in an intrusive sense, but in a parental one, the type that leads to a monthly allowance.

“It came from myself, a financial advisor and Myles, himself,” explained David Turner. “We found a number that we were comfortable with. The first number we gave him, he didn’t think it was the right number, so we changed it, and all agreed on it.”

Turner isn’t one to get flashy, anyway. Some guys sign their first contracts and buy Lamborghinis or outrageous apartments or celebrate as if they’re living out an episode of “Entourage.” Turner’s dream car was a 2014 Ford Raptor. His first big purchase was somehow tamer, taking his family on a Disney cruise from Florida to the Bahamas.

“They told me straight up, no matter how successful you get, no matter how famous you get, we’re still your parents,” said Turner. “…That’s just how my family is built.”

With his support system in place and the right shoes on his feet, Turner is ready to thrive in the NBA. He said he feels more comfortable now than he did at the start of his short Texas career, but the sneakers hardly solved all his problems. He had to adjust to the speed of the college level, and he’ll have to do the same in the NBA. But Turner has a secret weapon—and it goes back to the friend he lost too soon.

Turner’s jumper has come and gone at times on the court. He’s struggled at times on defense, too. The character he’s built, however, isn’t going to fade. And it’s not like Turner hasn’t played under tremendous pressure before just because he hasn’t been in the NBA.

Entering college as the school’s highest-ranked recruit? That’s pressure. Sticking around on your freshman team instead of heading to high school so you can win a title in honor of your recently passed best friend? There’s nothing more pressure-filled than that.

When Turner takes the court for the Pacers on Thursday? That’s not pressure. That’s a dream coming true.

LeBron, NBA World React To All-Star Snubs
The NBA All-Star reserves have been announced, and there are a few notable omissions from each roster.
6 days ago

3 Takeaways From Heat-Pacers
The continued dominance of one forgotten hero helped lead the Heat to a sweep over Indiana.
August 24, 2020
those were the latest stories
Want to see more?
View All Stories
Fox Sports™ and © 2021 Fox Media LLC and Fox Sports Interactive Media, LLC. All rights reserved. Use of this website (including any and all parts and components) constitutes your acceptance of these Terms of Use and Updated Privacy Policy. Advertising Choices. Do Not Sell my Personal Info