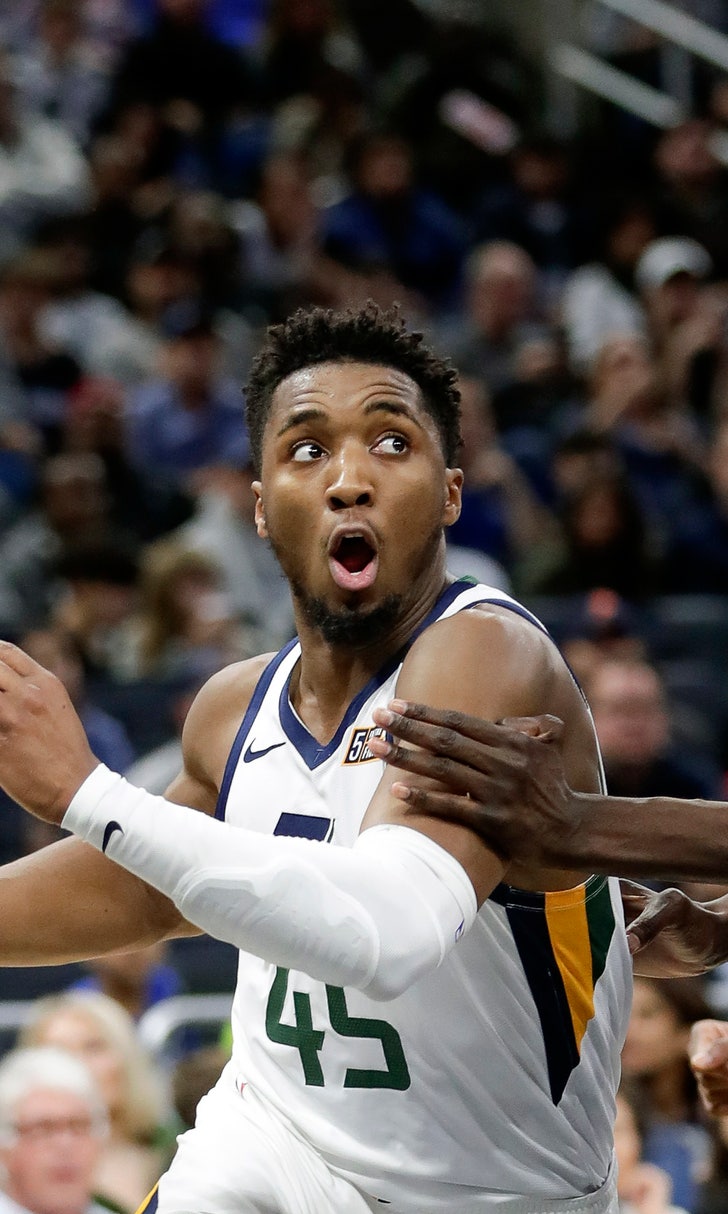 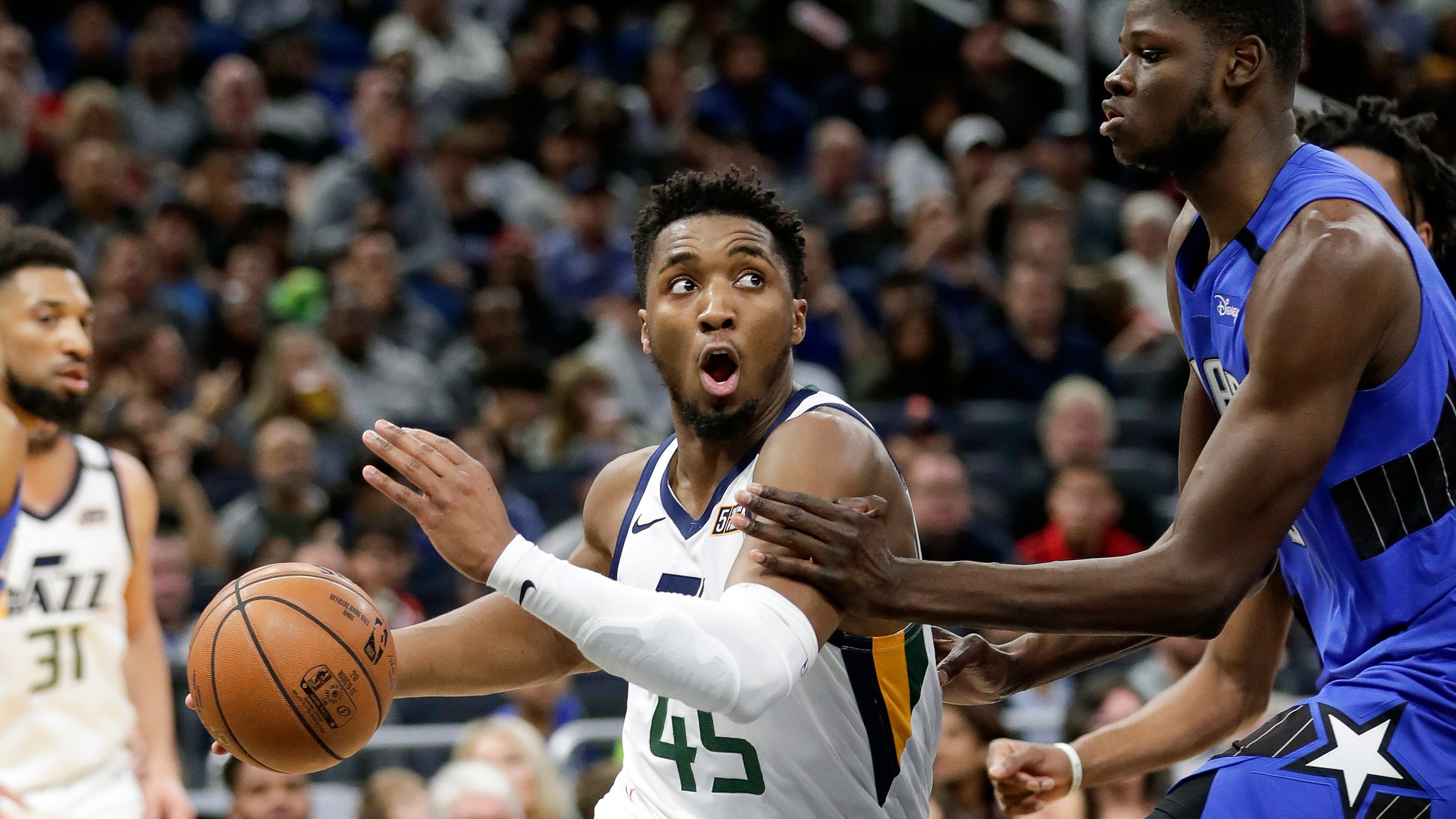 previous story
Hutchinson has 33 saves as Maple Leafs beat Islanders 3-0
next story
Carey scores 24 to lead No. 2 Duke past Miami 95-62

ORLANDO, Fla. (AP) — Donovan Mitchell carrying Utah late in a game was no surprise, but having Georges Niang shoulder some of the load certainly was as the Jazz duo combined to take down the Orlando Magic 109-96 on Saturday night.

Mitchell scored 10 of his 32 points in the fourth quarter when Utah broke open a close game with a flurry of 3-pointers, including three straight from Niang that gave the Jazz enough breathing room to coast to their fifth straight win.

Niang finished with 15 points in 16 minutes. Bojan Bogdanovic scored 14, Emmanuel Mudiay added 12 and Joe Ingles had 11 for the Jazz, who made eight 3s in the fourth quarter.

“This is a group that enjoys when someone else steps up,” Jazz coach Quin Snyder said. “That's unique. Nobody's thinking about their game, their line — it's our game. I don’t think there is anybody on our team that doesn’t want someone to shoot as long as they’re good shots. If you’re open – and you can shoot – it’s a good shot, especially if they’re going in.”

Niang’s hot streak actually started at the end of the third quarter when he and Mitchell hit a pair of 3s to hold off a surge by Orlando. However, after Mitchell started the fourth quarter with a 3-pointer, Niang nailed three straight from behind the arc and the Jazz were on their way.

“I was going to my normal spots and once I hit a couple, guys really started looking for me,” Niang said. “Once you're in a zone, you kind of just stick to it.”

The shots never really fell for the Magic, who scrambled back from an early deficit to take a 75-74 lead late in the third quarter behind 3-point shooting from Terrence Ross, but couldn’t find a hot hand to carry them in the fourth quarter.

“We needed to shoot the ball better,” Magic coach Steve Clifford said. “We got a little tired, but the biggest thing was at the beginning of the fourth. You can’t be disorganized in this league and they are so well-coached they took us apart.”

Utah led 76-75 going into the final period and then hit eight of 13 shots from behind the arc, including its first five field goals of the quarter to break open a close game.

The teams combined to shoot just 22.8% (8 of 35) from behind the 3-point line in the first half, but players on both sides began hitting late in the third quarter.

D.J. Augustin started a rapid-fire sequence of 3s with a shot from the corner that tied it at 68 with 2:20 left in the third. Ross followed with a four-point play, but Utah was just getting warmed up.

Jazz: Mitchell had 30 points the first time the teams met this season. … C Rudy Gobert is shooting 66.7% (37 of 54) in his last six games. … G Jordan Clarkson, who averaged 15 points in his first four games with the Jazz after being traded from Cleveland, had seven against Orlando. Utah is 5-0 in those games.

Magic: Orlando missed its first eight 3-point attempts. The Magic missed their first 10 the last time they played Utah. … C Nikola Vucevic has 300 career double-doubles, 298 of them in seven seasons with Orlando.

Magic: Home against Brooklyn on Monday.

All-Star squads selected
LeBron James and Kevin Durant picked their squads for Sunday's NBA All-Star Game, and there was plenty of talent to choose from.
5 hours ago 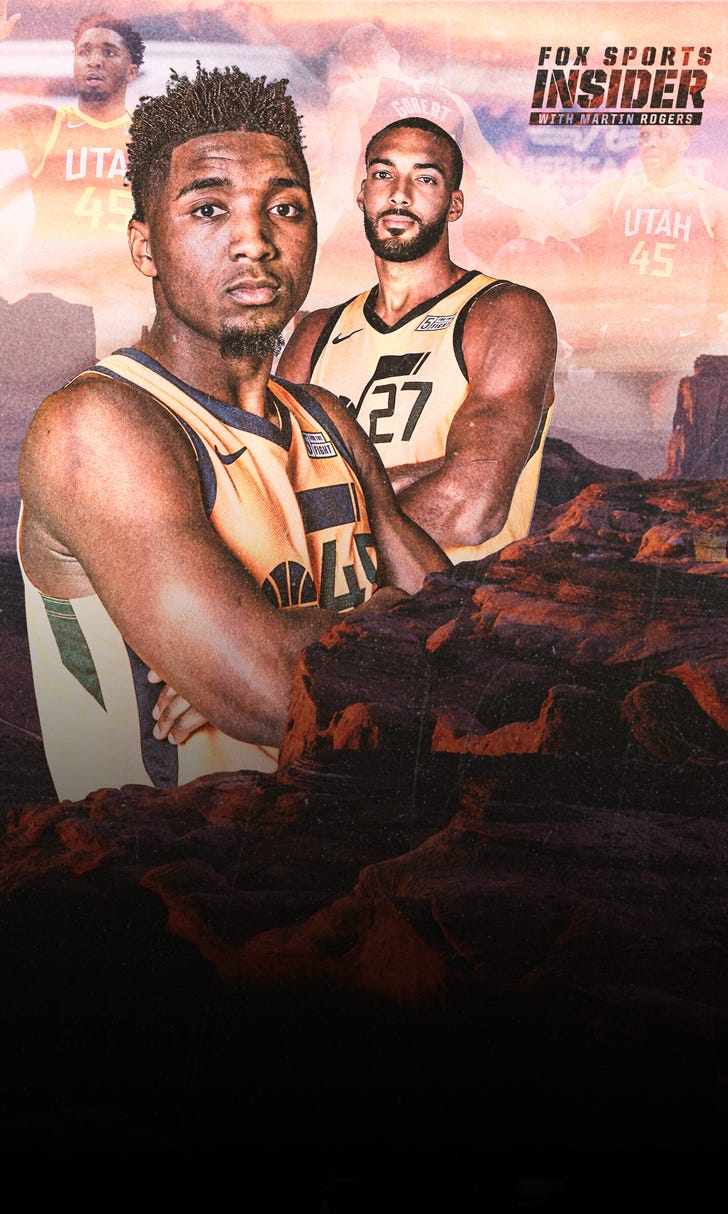