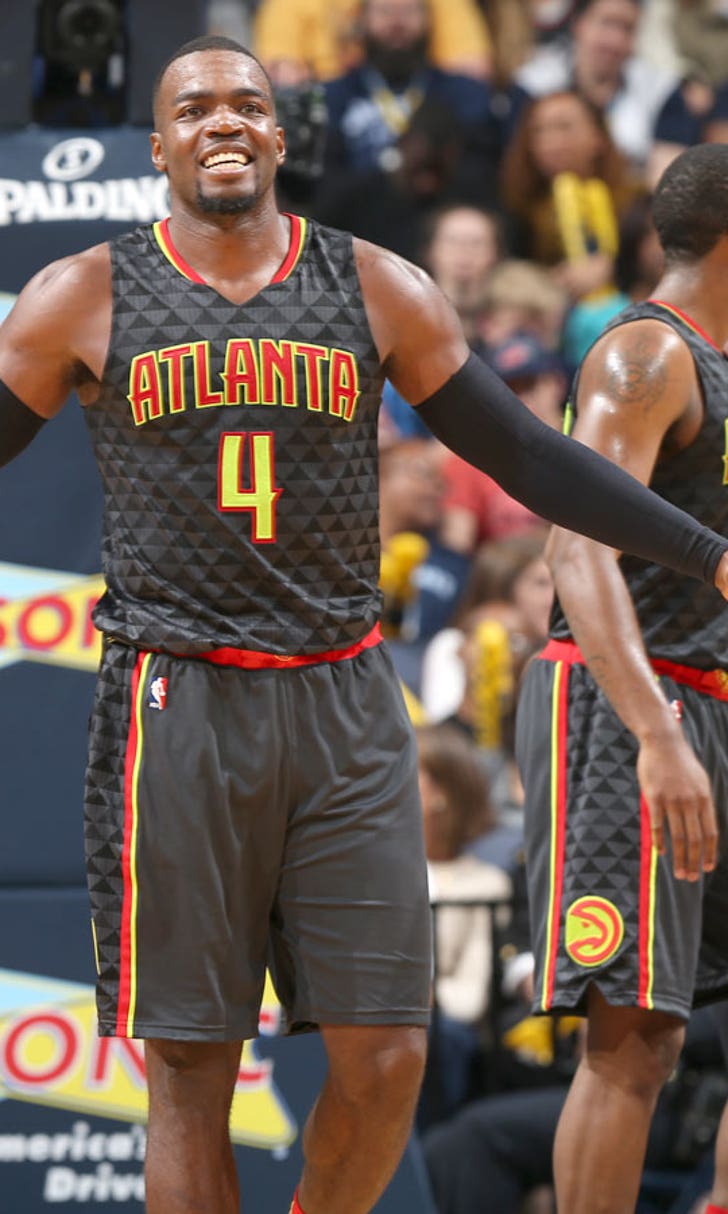 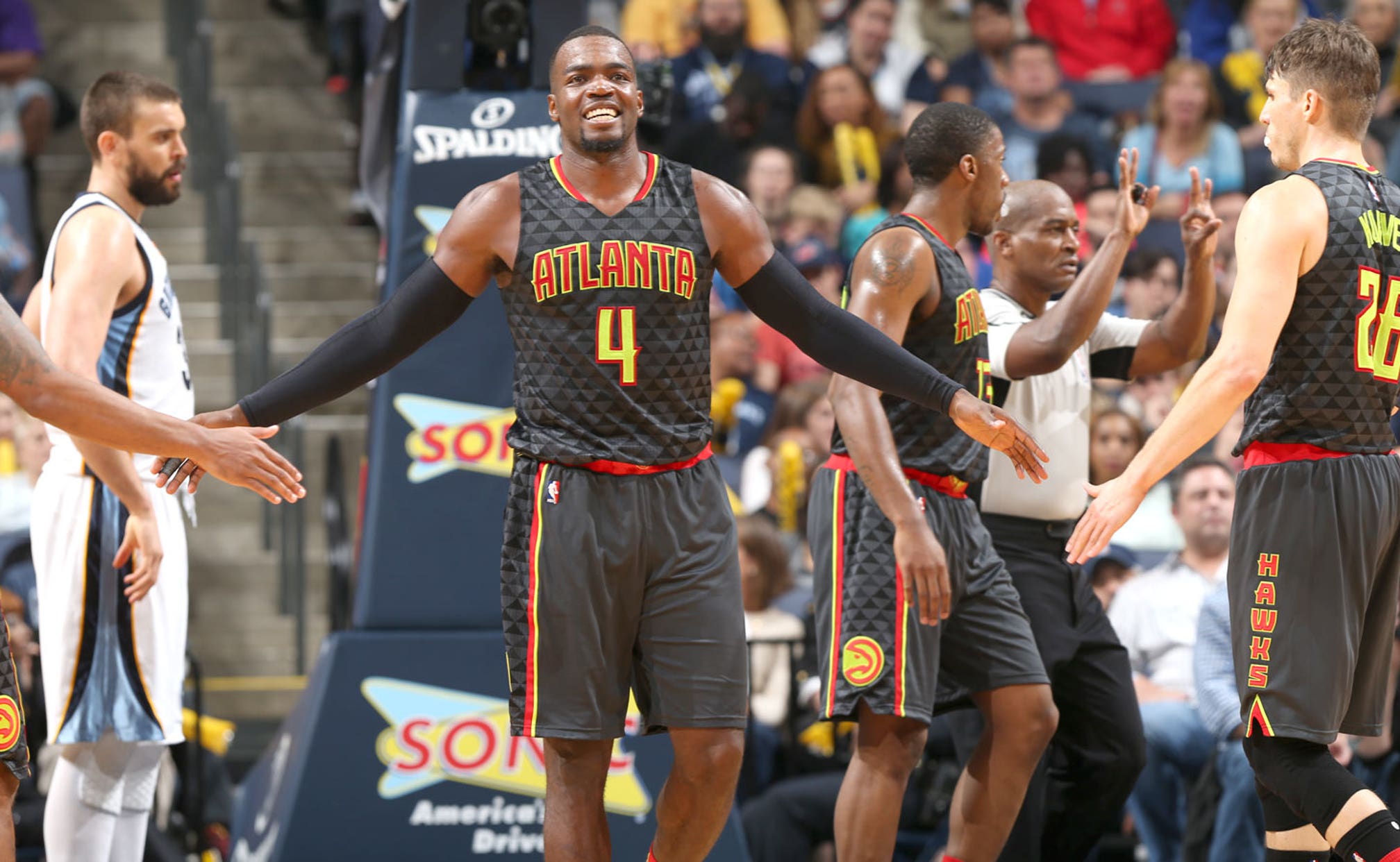 BOSTON (AP) After struggling to hit outside shots for three quarters, the Atlanta Hawks went inside and stayed there.

Paul Millsap scored 15 of his 20 points in the fourth period and Al Horford finished with 21 points and 10 rebounds as the Hawks capitalized on their size and strength, rallying past the Boston Celtics 109-101 Friday night.

''The jump shot wasn't falling, but we needed to continue attack and continue to get to the free throw line and be aggressive,'' said Millsap, who also pulled down six of his eight rebounds in the fourth.

The Celtics led by two after three quarters, but could not slow down the Hawks despite knowing where the ball was headed for much of the final 12 minutes. Atlanta outscored Boston 22-4 in the paint in the fourth quarter alone and 68-36 overall.

''It was kind of a strange game,'' Atlanta coach Mike Budenholzer said. ''I think we finally caught a good rhythm in the fourth quarter. I thought the ball movement, the decisions, the passes were really helpful and we were able to get enough stops.''

Dennis Schroder scored 22 for the Hawks, including five during an 11-2 run midway through the fourth quarter that put them ahead for good.

The Celtics led by 10 in the first half, but could not overcome a season-worst 22 turnovers and lost their third straight.

Isaiah Thomas scored 29 for the Celtics, hitting 14 of 15 foul shots. Jae Crowder scored a career-high 24 and had 10 rebounds.

''Tonight was a case of scoring in the paint - repeatedly - and we never adjusted,'' Crowder said. ''They came out and played hard. Every time we got up big they clawed back. They wanted it. They wanted it more than we did.''

Thomas converted a four-point play early in the fourth quarter to put Boston up 79-77 and start an 11-4 run. R.J. Hunter hit a pair of 3-pointers during the surge and the Hawks started to lose their cool as Bazemore and Millsap both picked up their fourth fouls.

''That was the big thing - keeping our composure,'' Millsap said. ''I think we did a great job overcoming that.''

Despite the foul troubles, the Hawks stuck with their starters and they outscored Boston 11-2. Schroder started it with a 3-pointer and added a layup that gave Atlanta a 92-90 lead with 3:42 left to play.

Thomas made a pair of free throws to tie it at 92, but Millsap answered with a three-point play and a layup to put Atlanta up 97-92.

''Credit them for making plays at the end,'' Boston coach Brad Stevens said. ''Credit Millsap for the great plays that he made. Schroder killed us the whole night. He got wherever he wanted with the ball and we didn't provide much resistance most of the time.''

Korver's 3-pointer that put Atlanta up 56-54 with 6:54 left in the third quarter was just the second from beyond-the-arc for the Hawks, who went 4-for-20 from 3-point range. Atlanta attempted only two 3s in the fourth quarter, going instead to a steady run of back-door cuts and pick-and-rolls for layups and dunks.

''For us, it was just hang in there,'' Horford said. ''You have to stay with the game, keep grinding and that's what we did tonight.''

One week after taking then-unbeaten Golden State to double overtime, the Celtics lost their third straight and fourth in five games. Boston struggled from the start Friday with eight turnovers in the first quarter alone.

''We got exposed again tonight - for the third time this week,'' Stevens said.

Bazemore also received a technical after he was called for his fourth foul with 7:09 left to play. ... Budenholzer missed the Hawks' first meeting in Boston on Nov. 13 when flew home to Atlanta because of a family emergency. Boston beat Atlanta 106-93 that night, but the Hawks evened the season series Nov. 24 with a 121-97 victory in Atlanta.

Celtics: Crowder topped his previous career high of 20 exactly one year after the Celtics acquired him from Dallas in the Rajon Rondo trade. ... Boston's 22 turnovers were two more than it committed against Houston on Nov. 16.