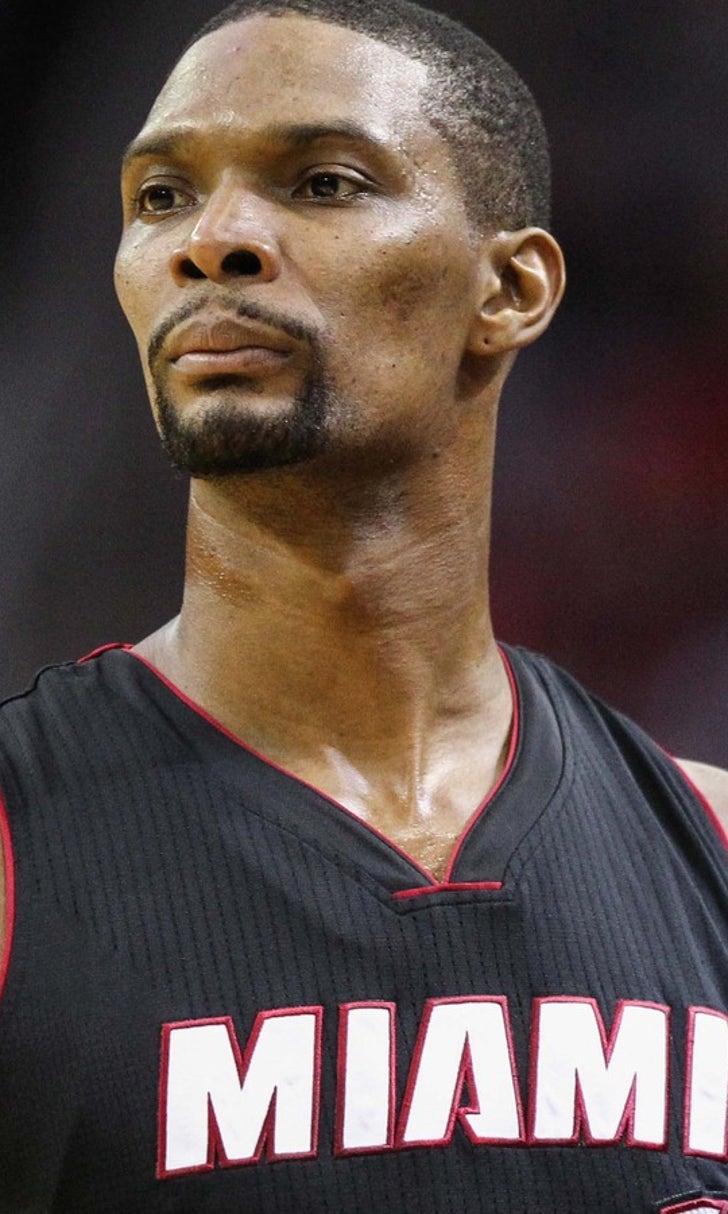 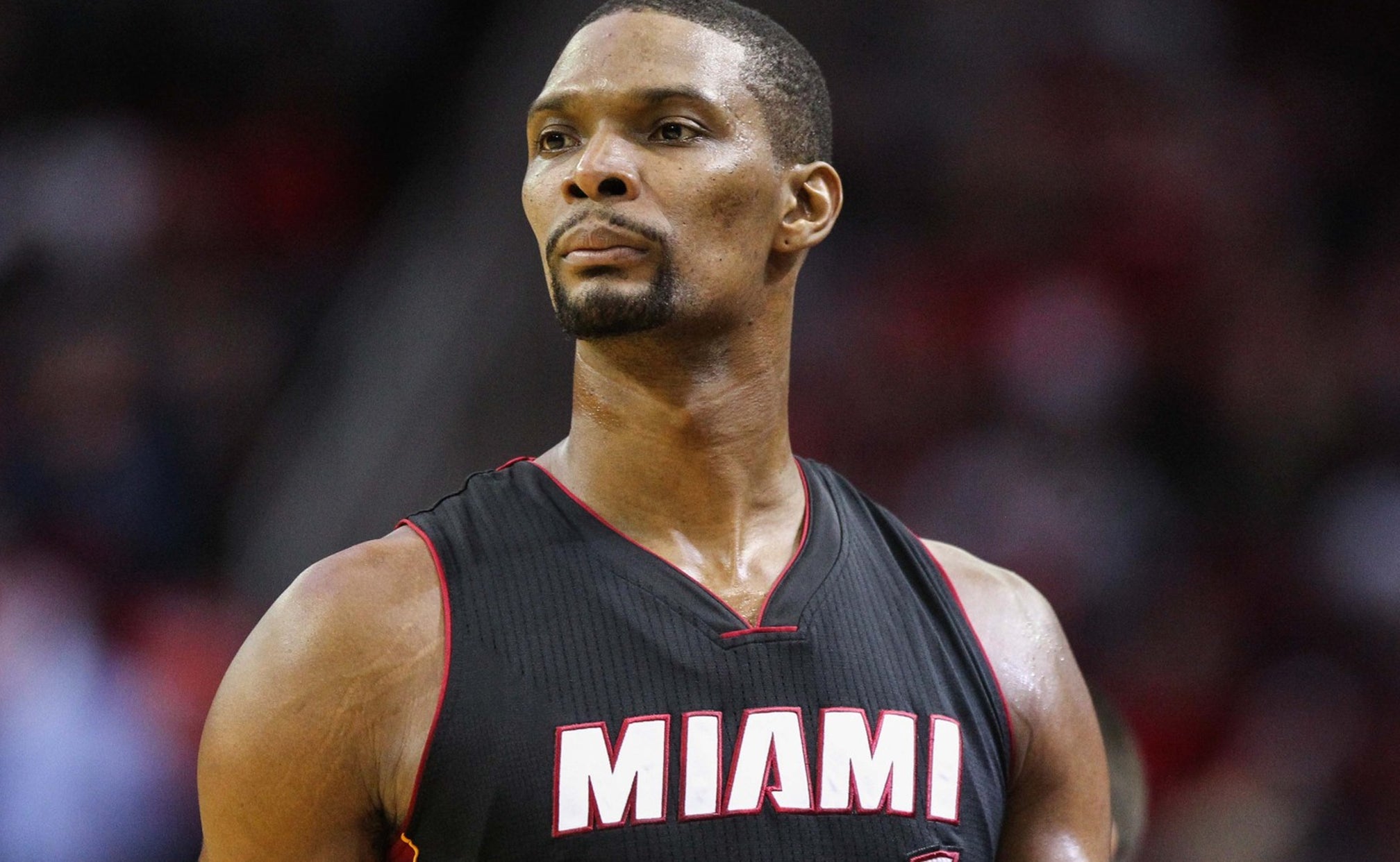 Miami Heat, Chris Bosh announce he's out for the rest of the playoffs 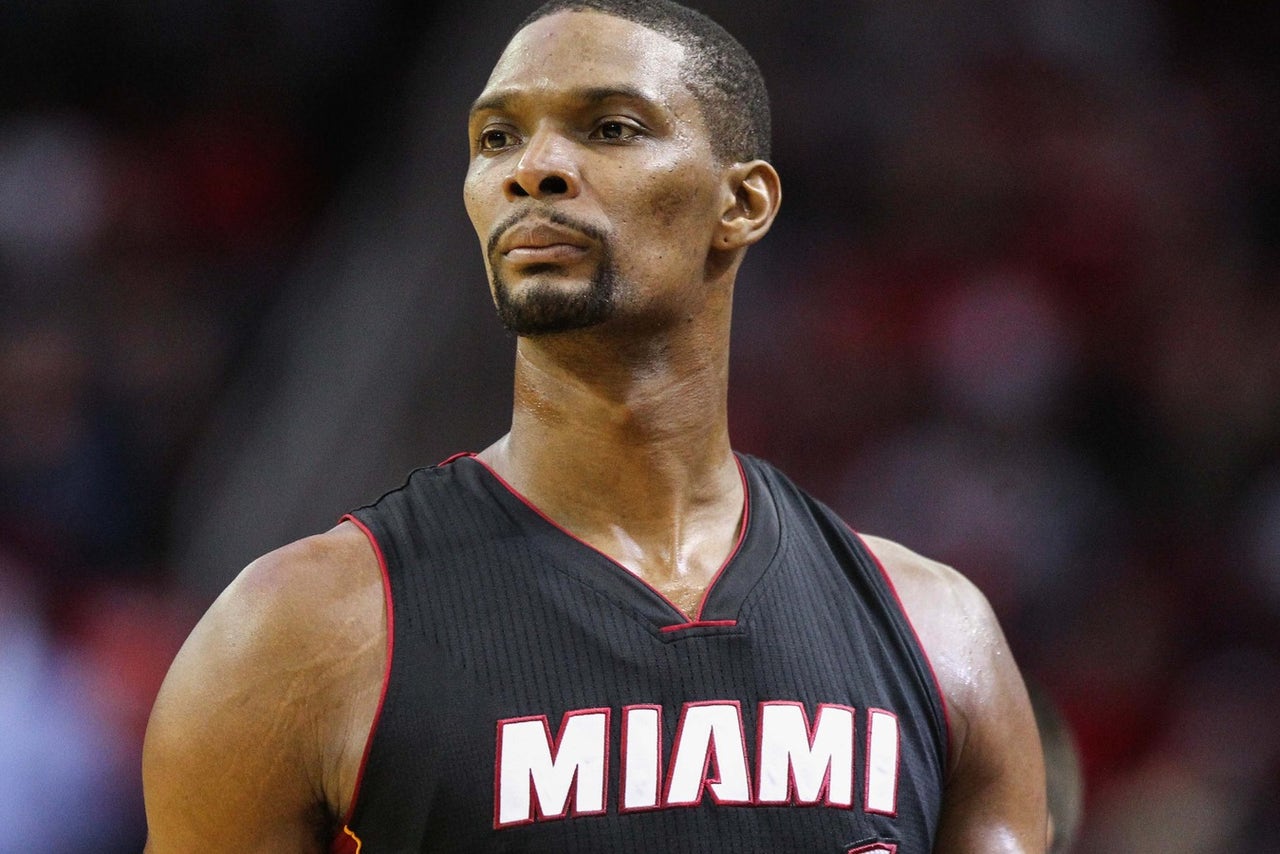 MIAMI — Chris Bosh's season is now officially over, regardless of how far the Miami Heat advance in the postseason.

The Heat and Bosh made the announcement Wednesday afternoon after the team practiced in Toronto, ending the recent speculation that Bosh would try to return to the court during the playoffs.

Bosh has not played since the All-Star break after a blood clot was discovered in his left leg. It's the second consecutive year that Bosh's season ended at the break because of problems with clotting, and the joint statement came one day after the National Basketball Players Association urged Bosh and the team to resolve any issues they have about his immediate future.

"The Miami Heat and Chris Bosh announce that Chris will not be playing in the remainder of the 2016 NBA Playoffs," read the statement. "The Heat, Chris, the doctors and medical team have been working together throughout this process and will continue to do so to return Chris to playing basketball as soon as possible."

Bosh is expected to remain with the team throughout the remainder of the playoffs, helping his teammates however he can. And while the statement finally provides resolution on his short-term status, it remains unknown if he has dealt with any other clots or if he remains on blood thinners.

"This has been going on since February," Heat guard Dwyane Wade said in Toronto on Wednesday, before the announcement. "All we know is that he's taking care of himself, health-wise, and that's all we care about."

Miami leads Toronto 1-0 in the Eastern Conference semifinals, with Game 2 set for Thursday.

Bosh was averaging a team-best 19.1 points at the break, when the clot was found after he arrived in Toronto, the city where he spent his first seven NBA seasons, for the All-Star weekend. He went through the All-Star media day rigors on Friday of that weekend knowing he couldn't play in the game, and the reason initially cited was a calf strain.

Days later, it became known that it was much worse, though not as severe as in 2015, when a clot on one of his lungs caused so much pain and other problems that Bosh needed to be hospitalized. And when the team began its post-All-Star schedule this season in Atlanta, coach Erik Spoelstra said players addressed what they would miss about Bosh not being available to play.

"We talked about what we are going to miss the most about CB and it wasn't end of possession, throw it to him and he can get you a shot or defensive rotations," Spoelstra said Wednesday. "It was his leadership and his voice. Now he's around the team, he still provides that, and it's a powerful thing."

Bosh has blogged several times in recent weeks (topics including pairing beer with barbecue, sneaker collecting and Kobe Bryant), thrown out a few Snapchats including last week one of him shooting jumpers, even tweeted that Heat teammates like Wade and Goran Dragic are his heroes after recent wins.

But he hasn't mentioned his health, and there's many unanswered questions.

Has the highest-paid Heat player, someone with three years and about $77 million left on his deal, had more clots than he's revealed? Have others formed since the one was found in February? Does he have any now? Did he attempt to play through them this season? Is he still on blood thinners? Have any doctors told him that he should not continue playing basketball?

If the Heat know, they're not saying. And in this case, their silence may speak volumes.

It's not a privacy violation for a team to reveal that a player sprained an ankle or twisted a knee. But per the collective bargaining agreement, when it comes to "potentially life- or career-threatening" matters, a team cannot say anything without consent of the player or his family.

On the Heat injury report, the reason for Bosh's absence is blank. If he had a common injury, it would be listed.

"We know we're missing a huge part of our team," Wade said.

The Heat wasted a 10-point lead late in Game 1, then went to overtime when Toronto's Kyle Lowry made a halfcourt shot at the end of regulation. Bosh's words to the Heat going into overtime, his teammates said, helped them get back on track and win the game.

"It makes you come out and just do a little bit more, because you've got somebody who would kill to be out there, who would do anything just to be on the floor," Wade said. "I take that into every game with me, for sure."