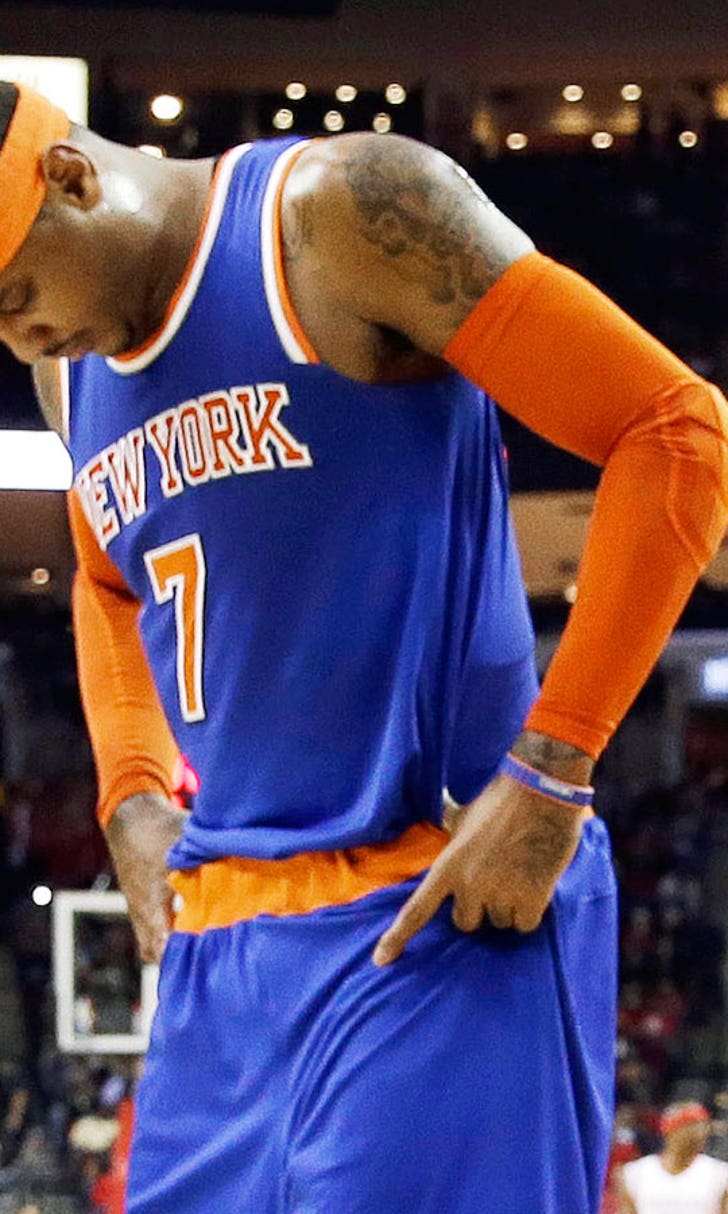 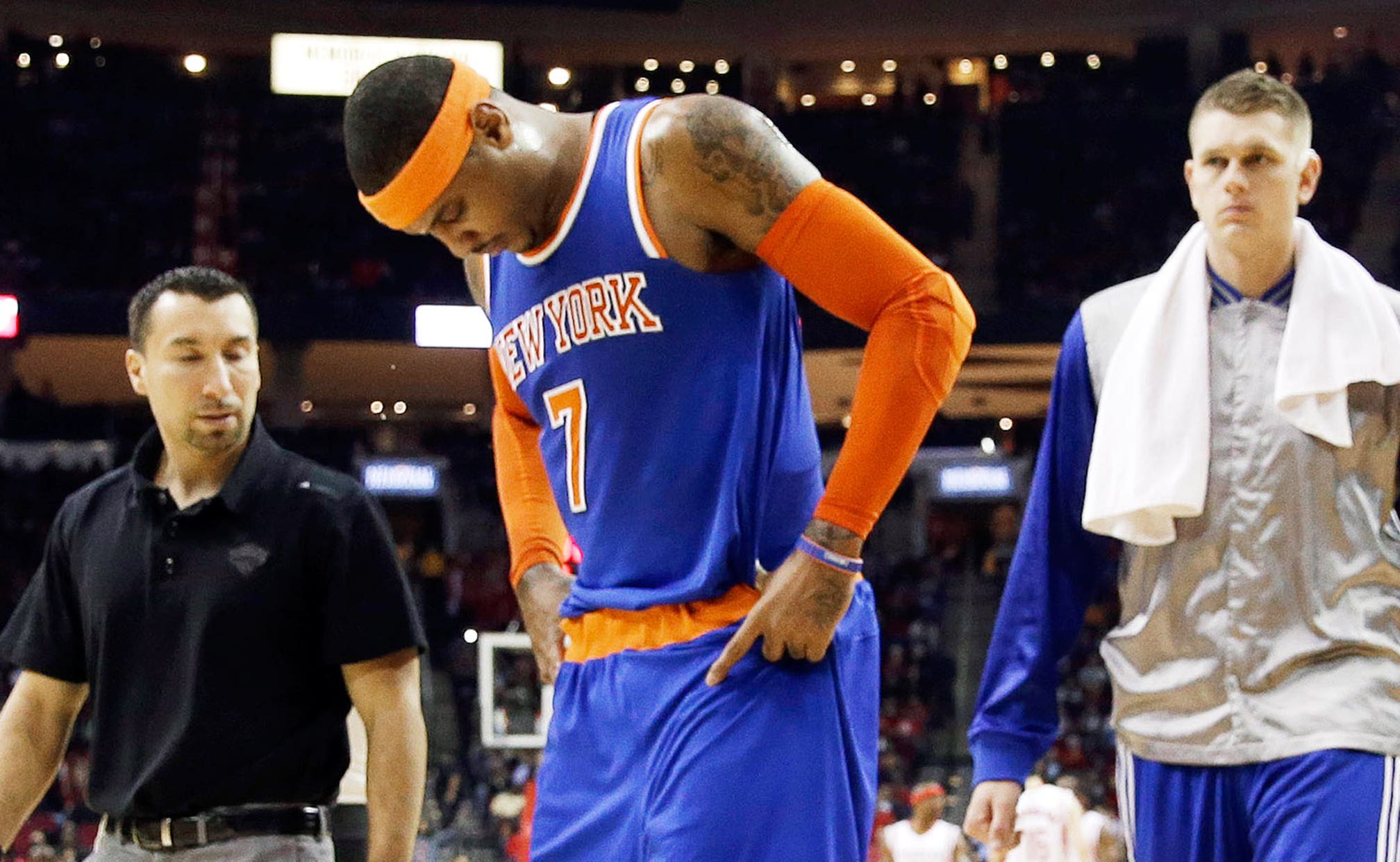 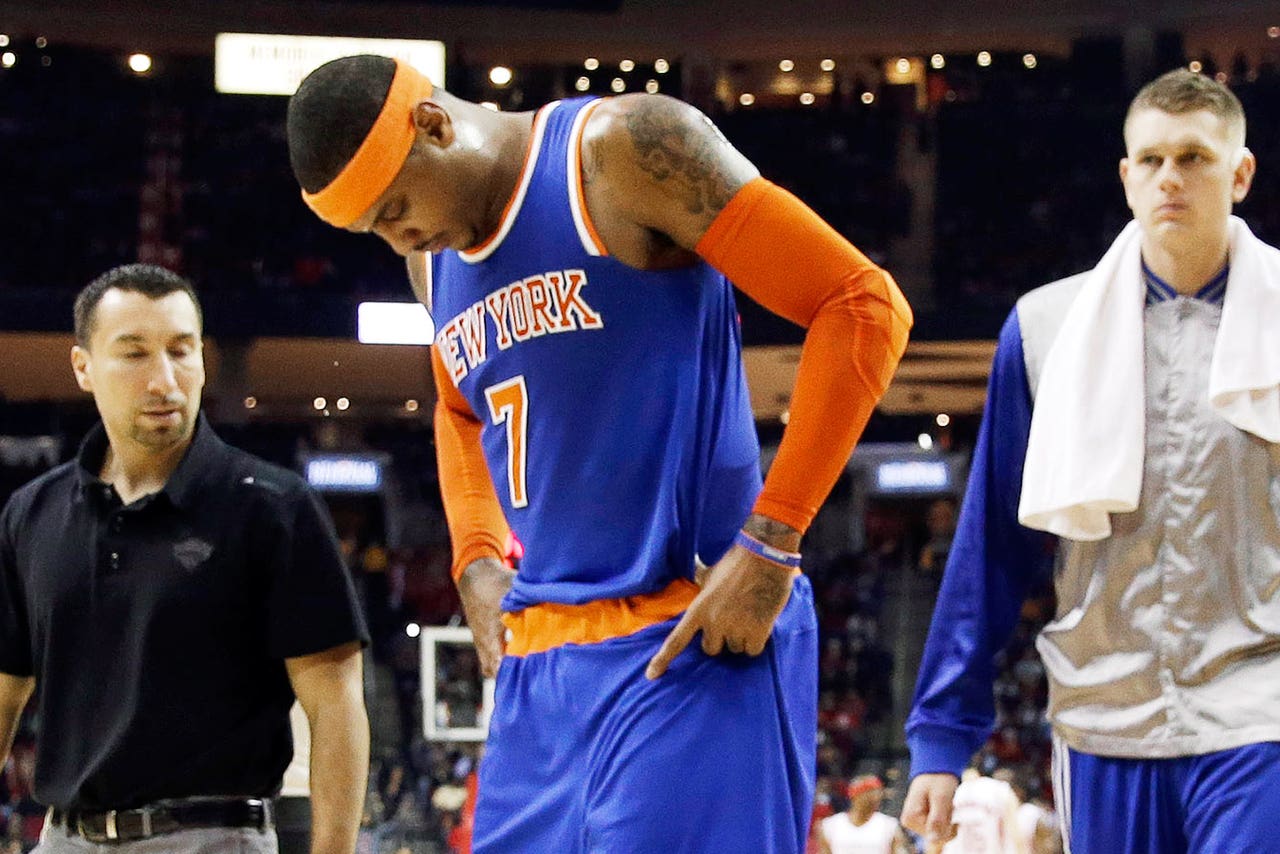 The ink has barely dried on Carmelo Anthony's five-year, $124 million deal with the Knicks, but the All-Star forward might be looking for a change of scenery.

The New York Post reports that Anthony, who signed his max contract in July, would be willing to waive his no-trade clause if team president Phil Jackson can strike a deal with a team of Melo's liking.

Anthony's agent, Leon Rose, refuted the report, telling ESPN that "Carmelo, as always, is committed to the Knicks. There have never been discussions about trades or wanting to leave New York. Any story, rumor, report to the contrary is utter nonsense."

The Post's report comes two days after ESPN reported that the Knicks are nearly coming to blows with each other. Anthony reportedly got into a heated exchange with second-year guard Tim Hardaway Jr. in which Anthony reportedly threatened to beat him up after the game.

The Knicks are on a 10-game losing streak and off to the worst start in franchise history (4-20). Jackson hired his former point guard Derek Fisher to help implement the triangle offense, which has also reportedly become a point of contention among the players.

Anthony, who has a trade kicker in his deal that is worth 15 percent of the remaining value of the deal, can be traded beginning Monday, when free agents and draft picks signed over the summer are free to be moved. He would be due approximately $17.5 million in a lump-sum payment if he is traded Monday.

"He thought things would be better than this, but he still wants to stick it out for now," a source told the Post. "He trusts Phil, but I think he's afraid of Phil."

Anthony, who sat out Wednesday's game against the Spurs, has been dealing with a sore left knee, which, coupled with his long-term deal, could also scare away other teams.

Celtics Live To Fight Another Day
Jayson Tatum is building quite a reputation, while the Heat officially have a problem. Here's what happened in Game 5.
15 hours ago

The Kentucky Effect
The final four NBA teams have one thing in common. And it's a great sign for supporters of Big Blue Nation.
1 day ago