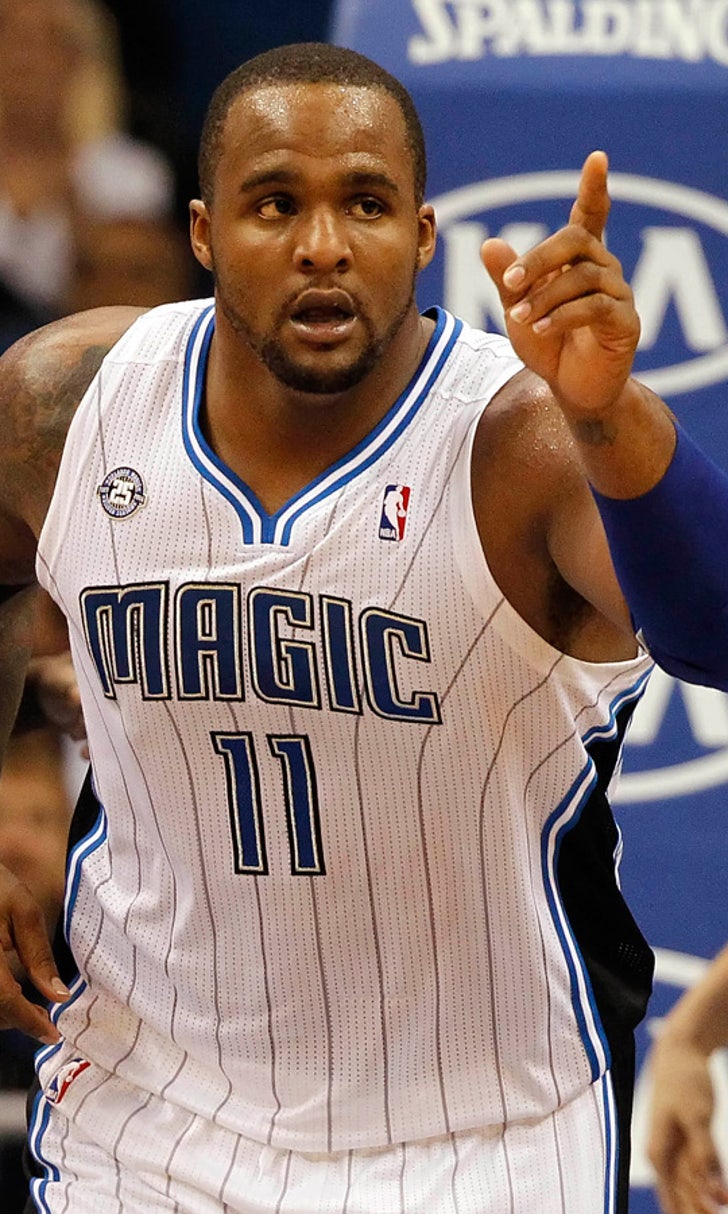 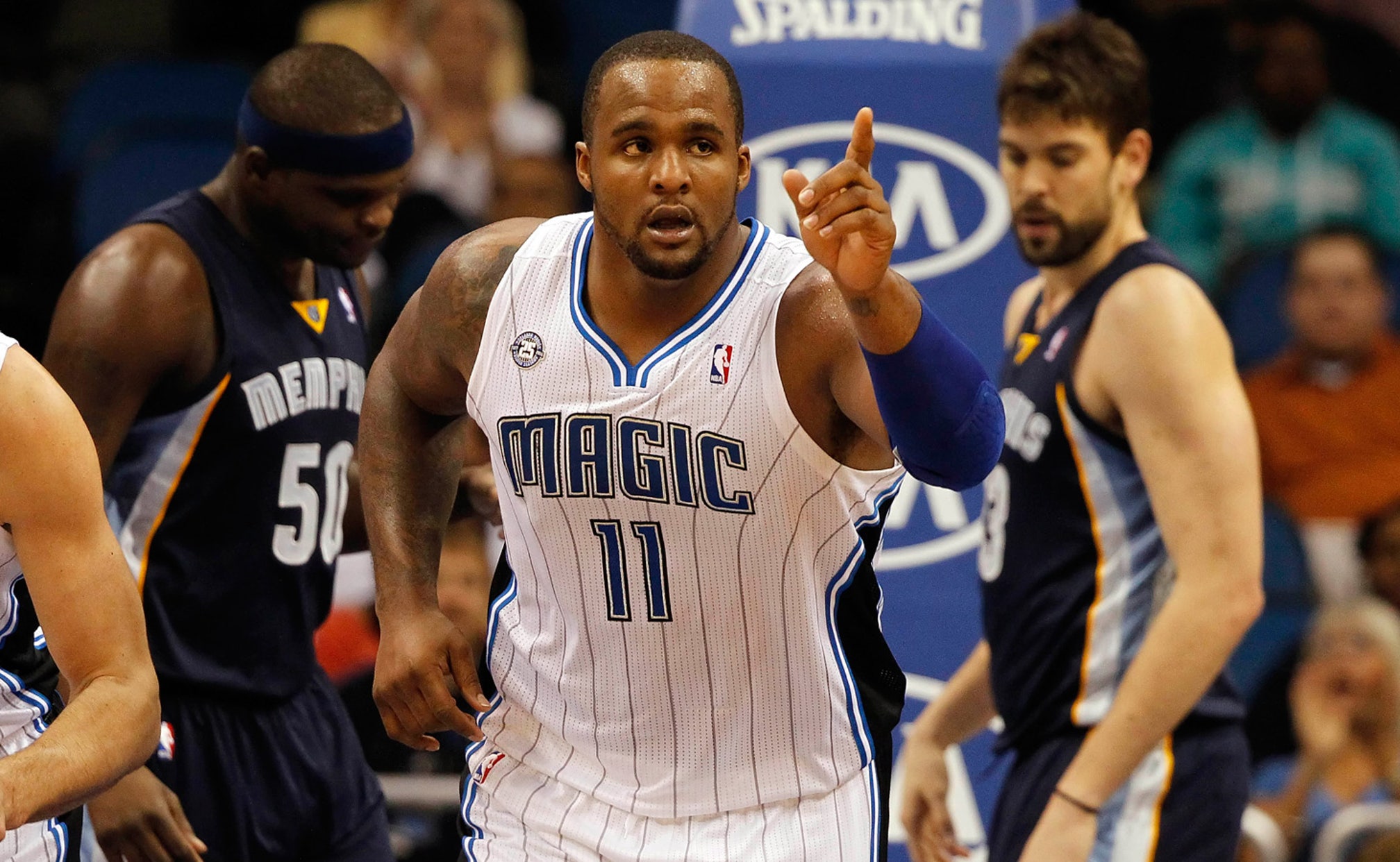 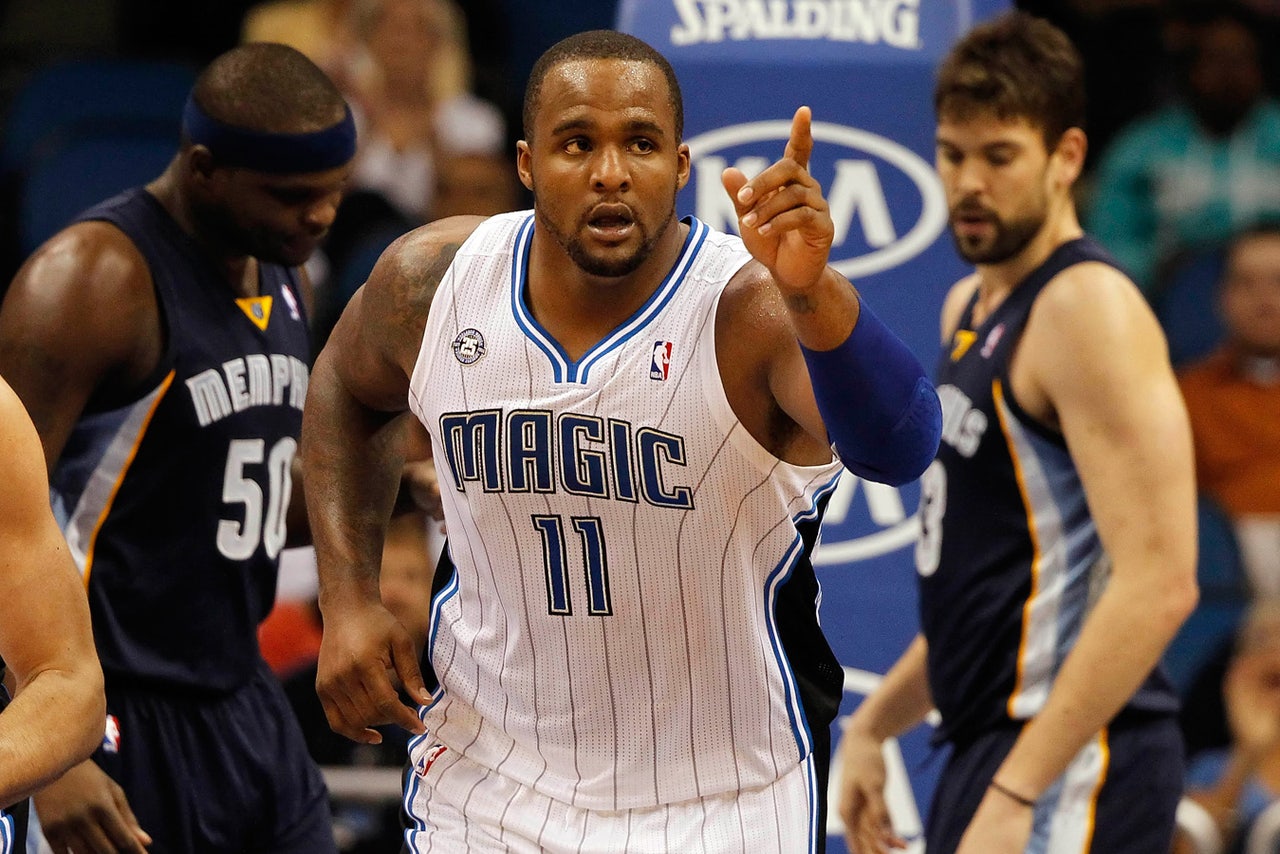 General manager Rob Hennigan announced Friday that the team has bought out the 28-year-old forward's contract, which will make him a free agent once he clears waivers. The roster now stands at 12 players.

Terms weren't released but Davis, who was averaging 12.1 points and 6.3 rebounds in 45 games this season, is making just over $6 million this season and is due to make about $6.6 million next season.

"As we continue to chart what we believe is the best course of action for our organization, maximizing the development of our young players remains of critical importance," Hennigan said in statement. "This agreement allows us an opportunity to do just that."

Davis' name was mentioned as a possible movable asset for the Magic for Thursday's trade deadline, but the team ended the day without making any moves. The buyout ends his three-season run with the Magic which began in lockout-shortened 2011-12 season after he was dealt from the Boston Celtics in a sign-and-trade.

With Davis gone, it will likely mean more playing time at power forward for Tobias Harris, as well as for second-year forwards Andrew Nicholson and Kyle O'Quinn. Both Nicholson and O'Quinn had seen their minutes diminished after Davis returned from injury.

Davis had also played center at times in relief of Nik Vucevic, but those duties will likely now shift to O'Quinn.

Magic coach Jacque Vaughn acknowledged that the departure of a starter would require adjustments in the rotation, but cautioned that the lineup they played with against New York could change in coming games.

"We'll see where we go from here. Who starts tonight, I'm not saying it will be our lineup for the rest of the year. But Tobias will start and we'll go from there," Vaughn said.

With Harris in the lineup, swingman Arron Afflalo said it was also possible it could mean he will see more time at small forward, with Jameer Nelson and Victor Oladipo starting at the guard spots.

"I suppose you might see a little diet of me, Vic and Jameer," Afflalo said. "So there's probably a chance I will be at the three some. But I don `t know how we'll finish, or start for that matter."

Known by the nickname "Big Baby," Davis was averaging career highs in points and rebounds last season before a left shoulder injury and broken foot limited him to just 34 games.

He returned from those injuries after missing the first 11 games this season and started 43 of the 45 games he appeared in. But it was clear from the start of the season that it was unlikely that Davis fit into the Magic's long-range rebuilding efforts.

While Davis had some high points in Magic uniform, his time with the team also featured a handful of negative moments.

He had a disagreement with former coach Stan Van Gundy during a practice back in 2012 that concluded with him damaging a locker room wall. The team also fined him earlier this season when he was caught on tape doing minor damage to a hotel lobby following a disagreement with a clerk.

Those incidents aside, Nelson said he has happy memories of Davis' tenure.

"My time here with Glen has been great," Nelson said. "He's a great teammate and despite what other people think of him, I think he's a great guy and I just wish him the best of luck.

"I'm not sure what it means for our team in terms of roles, or anything like that. But he did bring a toughness and was definitely a big part of our defense in terms of being a defensive presence and being there for guys. Somebody has to step up and fill that role."

The Godfather's Master Plan
The Miami Heat find themselves back in the Finals six years after LeBron James' departure. Here is how Pat Riley did it.
2 hours ago

Doc Rivers Out In Los Angeles
After seven seasons and the most wins in franchise history, Doc Rivers will no longer serve as Clippers head coach.
3 hours ago

The King's Case
Championships are often at the heart of the LeBron vs. Jordan debate. So, what would another ring do for the King's resume?
7 hours ago

NBA Finals: By the Numbers
The NBA Finals are set. So before Wednesday's Game 1, let's take a look at some of the key numbers for LA and Miami.
8 hours ago

Bam Lays the Boom on Boston
This version of Miami might not be the 'Heatles' edition, but LeBron will face a familiar franchise in this year's Finals.
23 hours ago
those were the latest stories
Want to see more?
View All Stories
Fox Sports™ and © 2020 Fox Media LLC and Fox Sports Interactive Media, LLC. All rights reserved. Use of this website (including any and all parts and components) constitutes your acceptance of these Terms of Use and Updated Privacy Policy. Advertising Choices. Do Not Sell my Personal Info