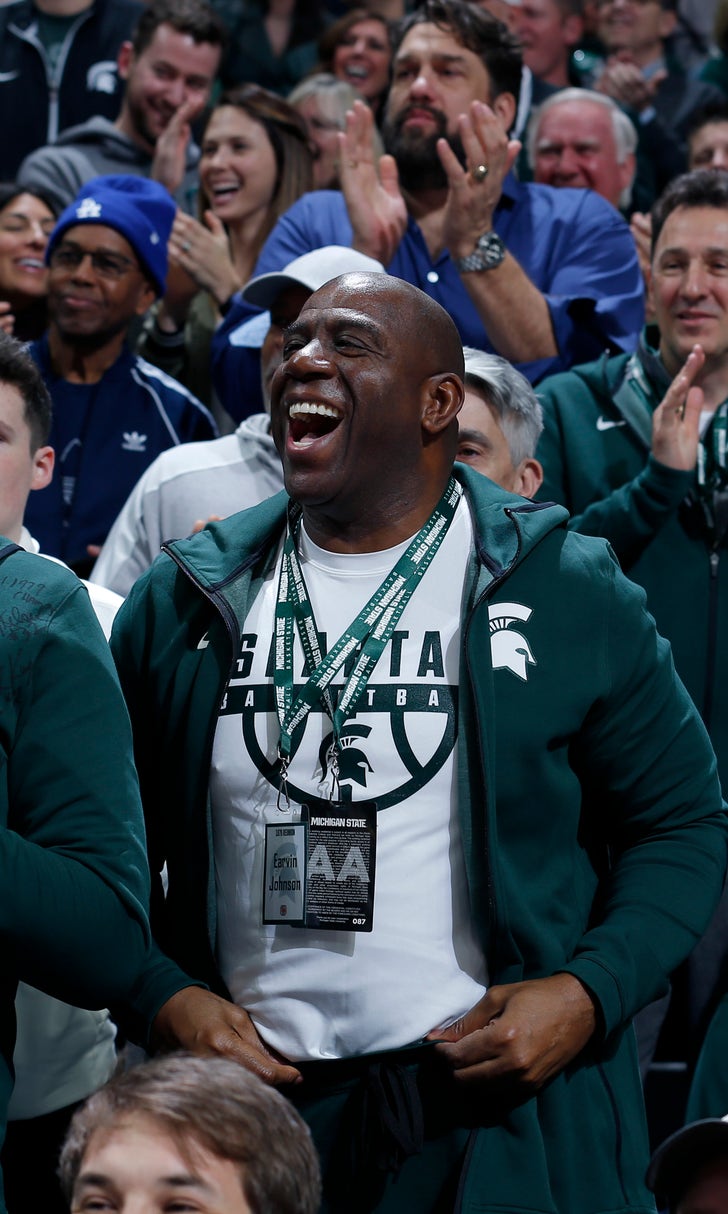 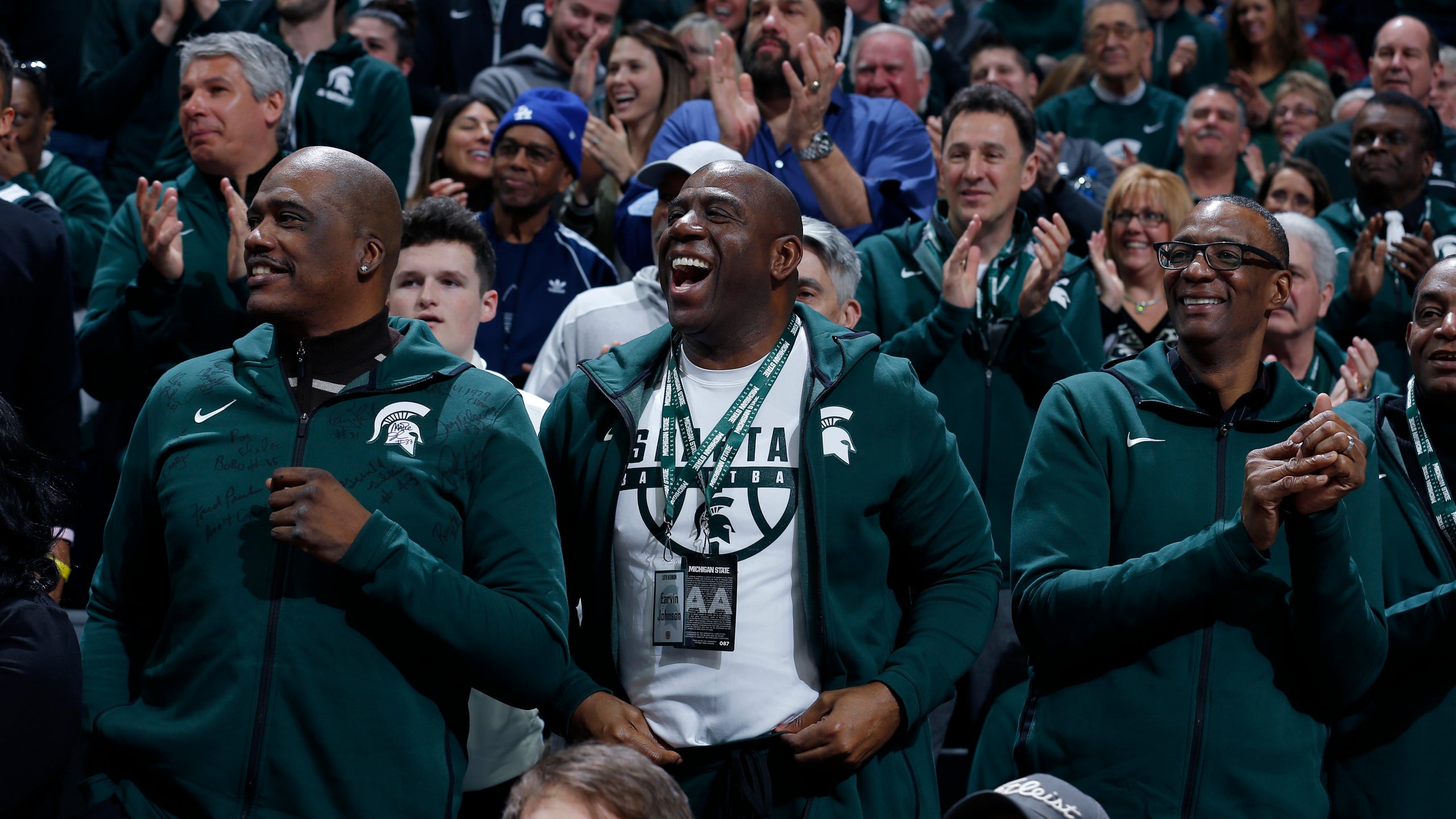 EAST LANSING, Mich. (AP) — Magic Johnson plans to hug it out with the Los Angeles Lakers to help them cope with the fallout from the NBA trade deadline.

"It's a part of business, it's a part of being a professional athlete," he said Saturday. "I'm going to hug 'em and tell them that we got to come together and our goal is still in reach, which is to make the playoffs."

The team president and Hall of Famer spoke with reporters at Michigan State, where he and the 1979 national championship team he led were celebrated before the ninth-ranked Spartans beat Minnesota.

The Lakers were in pursuit of disgruntled New Orleans superstar Anthony Davis and many of their players were mentioned as possibly being dealt before the deadline Thursday. The franchise ended up trading Michael Beasley, Ivica Zubac and rookie Svi Mykhailiuk in a pair of deals to acquire Reggie Bullock and Mike Muscala.

"I love our team. I love the guys," Johnson said. "It's a tough part of our business whether you're mentioned in trade talk, or you get traded. It's a tough part of professional sports, but they came together and played great against Boston. My job is to make sure we stay together as a team and stay focused on the goal, which is to make the playoffs."

The Lakers, who are in 10th place in the Western Conference, play at Philadelphia on Sunday.