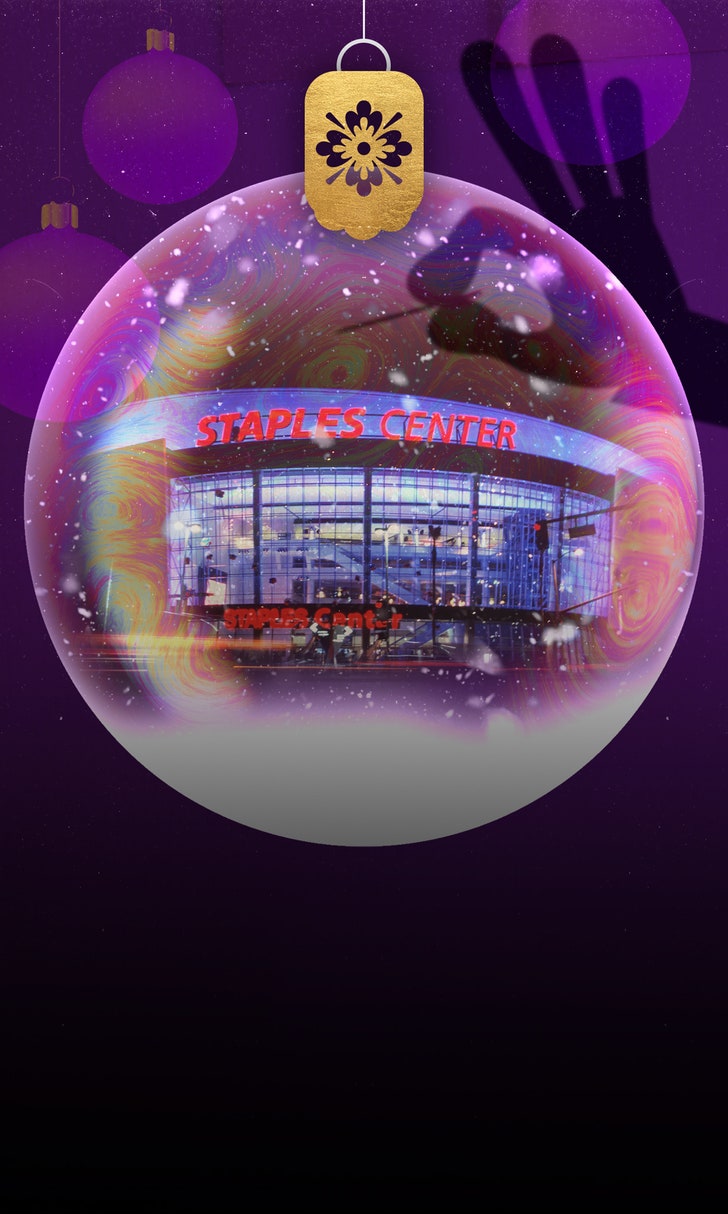 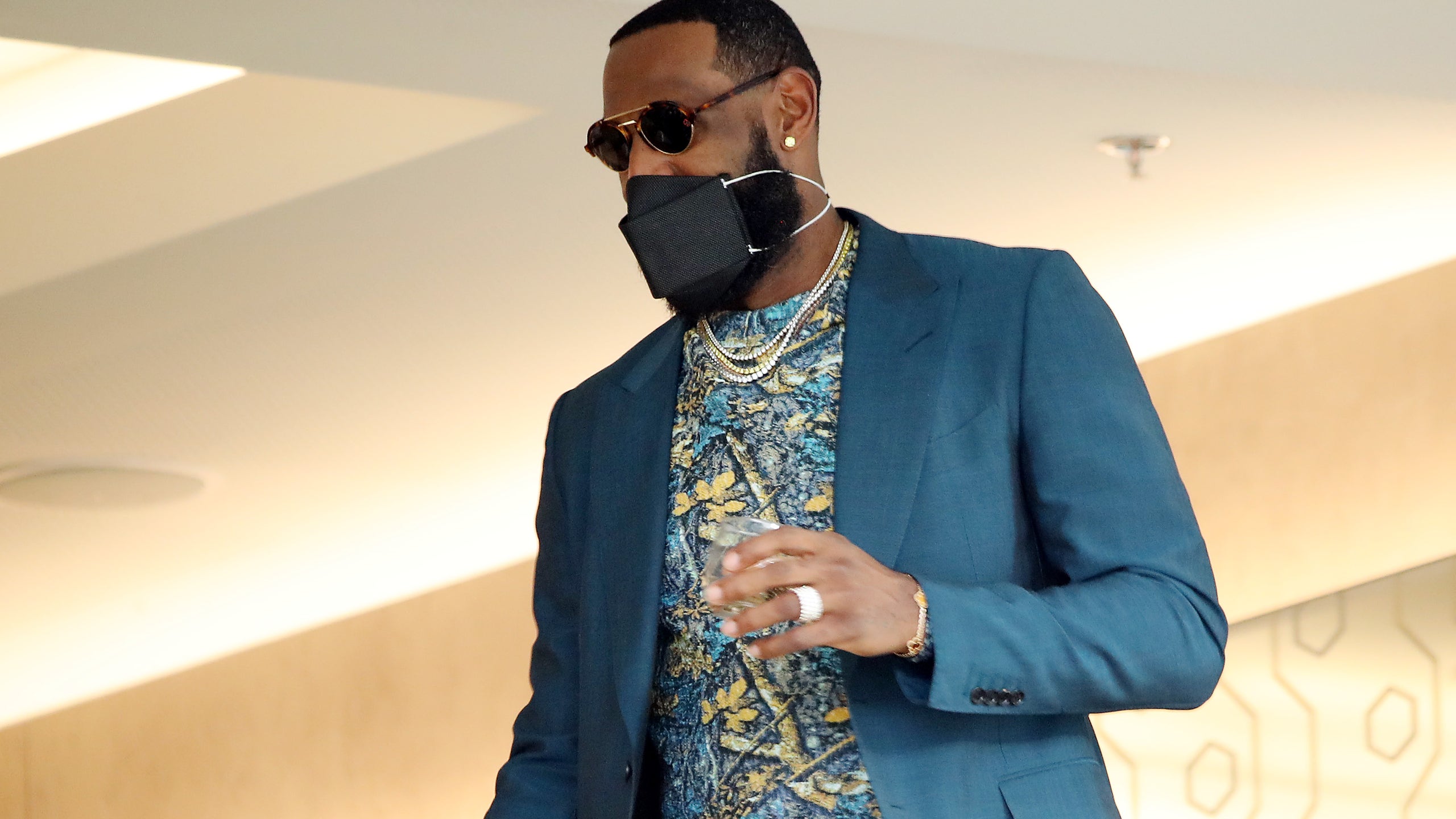 As the Los Angeles Lakers met the media over a Zoom call during training camp Tuesday, cell phones began to alarmingly buzz with an emergency alert.

"State of CA: New public-health, stay-at-home order in your area. COVID-19 is spreading rapidly. Stay home except for essential activity. Wear a mask. Keep your distance."

The state reported an unprecedented 34,490 new coronavirus cases Monday, and intensive care units have reached at least 85 percent capacity in some regions.

Meanwhile, the NBA is two weeks away from opening night Dec. 22. 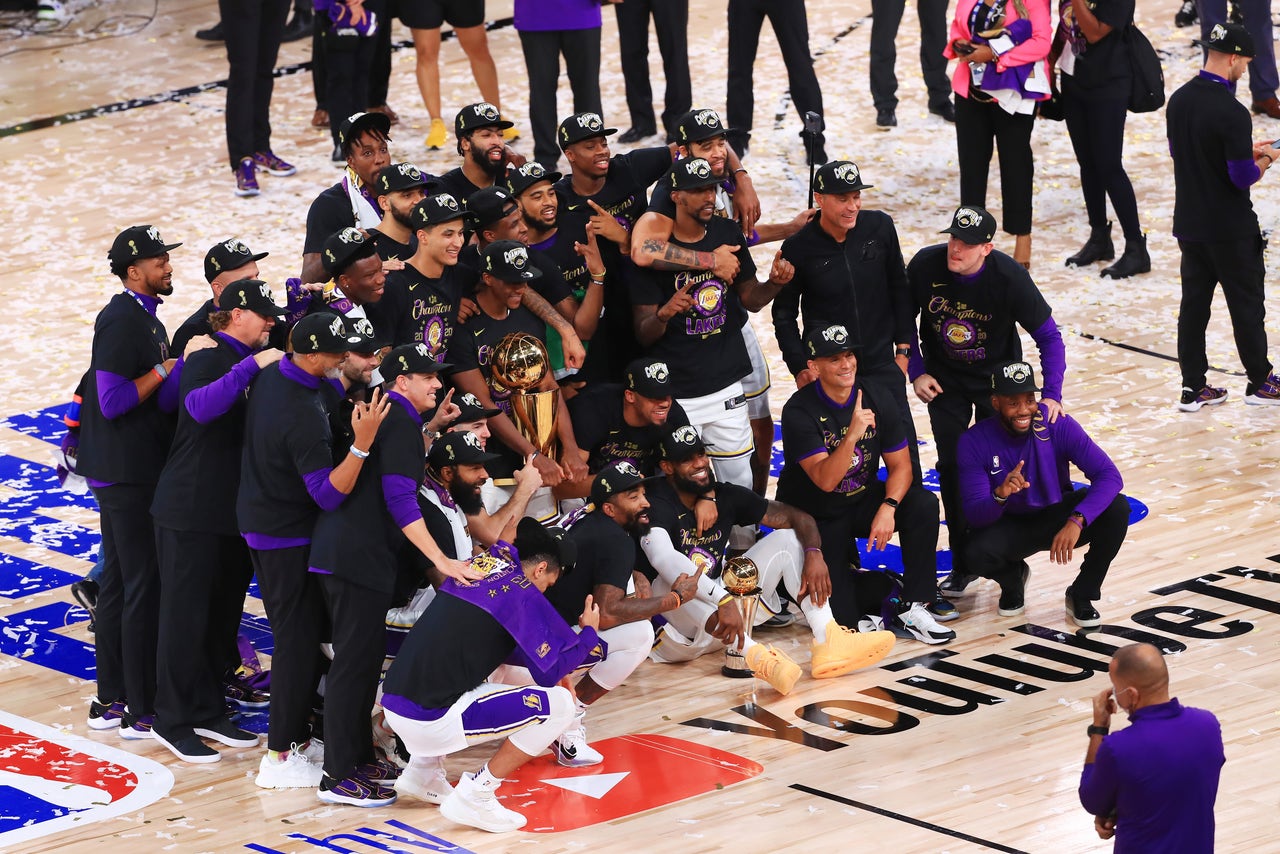 The Lakers' run to the 17th title in franchise history came with one set of challenges in the NBA Bubble in Orlando. Their bid for a repeat in 2020-21 will come with an entirely different set of concerns.

It's a stark reminder of the immense pressure players now face to make sure they're safe. No longer in the protection of the NBA Bubble at Walt Disney World, the onus is now on the players to make sure they -- and their families -- don't get sick.

Lakers' shooting guard Kentavious Caldwell-Pope said that means he's going to make sacrifices and even have some unpleasant conversations with his wife about who he feels comfortable with her spending time with.

"It’s going to be a lot of pressure because we did get the memos, and one of the things that was on there was if your kid have games during this time, we can’t attend it," Caldwell-Pope said Tuesday, referencing a 134-page health and safety protocols teams received in late November.  "That’s going to be hard for guys that like supporting their kids in basketball and anything else that they do outside of their home. ...

"And then having a conversation with your wife about her friends, that’s more stress. It’s a lot."

Ahead of the start of individual workouts, there were 48 positive COVID-19 tests out of 546 players tested from Nov. 24 to Nov. 30, the NBA and the NBPA announced last Wednesday.

It's going to be an ongoing hurdle throughout the season.

Lakers' power forward Anthony Davis said the players are in a much more difficult position than they were at Walt Disney World, where there were strict protocols, procedures and boundaries.

They're now in the real world. And so are their families.

"It’s going to be a lot tougher, to be honest," Davis said. "The bubble, you knew you were safe. Here, you just don’t [know]. I mean, the league has sent all these guidelines about not going to bars and restaurants and clubs and all this stuff to try to make it safe for us. But, we got to hold each other accountable. Each player has to hold another player accountable. ...

"Just for the simple fact that you don’t want to be able to go into a season or go into a playoff series or whatever without a guy because he was careless about COVID. Now he’s quarantined for 10 days, now you’re putting yourself and the team at risk, and you don’t want to do that."

If a player tests positive for the virus, he will miss at least 12 days before he can return to activity, according to the league's protocols. Players obviously don't want to miss important games or, worse, get sick.

Davis said the Lakers have talked about how to protect themselves -- and the team -- as the NBA champions attempt to defend their title.

"We had a lengthy conversation about that [Monday]," Davis said. "I think all our guys are going to do a great job of doing that, monitoring each other and themselves and their household. ... A lot of people have kids -- we don’t want your kids to get it."

Lakers coach Frank Vogel said he already has discussed safety with his family.

He hopes they can strike a delicate balance of sorts.

"I know my wife and my daughters are mindful of minimizing the situation they put themselves in and trying to be as risk-free as possible," Vogel said. "They don’t want to put me in position to miss games. And at the same time, I want them to stay safe, but still try to carry on as much of a normal life as you can while staying risk-free."

According to Vogel, it's all pretty simple.

"The more time we can just spend at home and here the better," he said.

Remembering Kobe: A Special Bond
Few were closer to Kobe Bryant than Brian Shaw, who looks back daily at their relationship – not in grief, but with joy.
20 hours ago