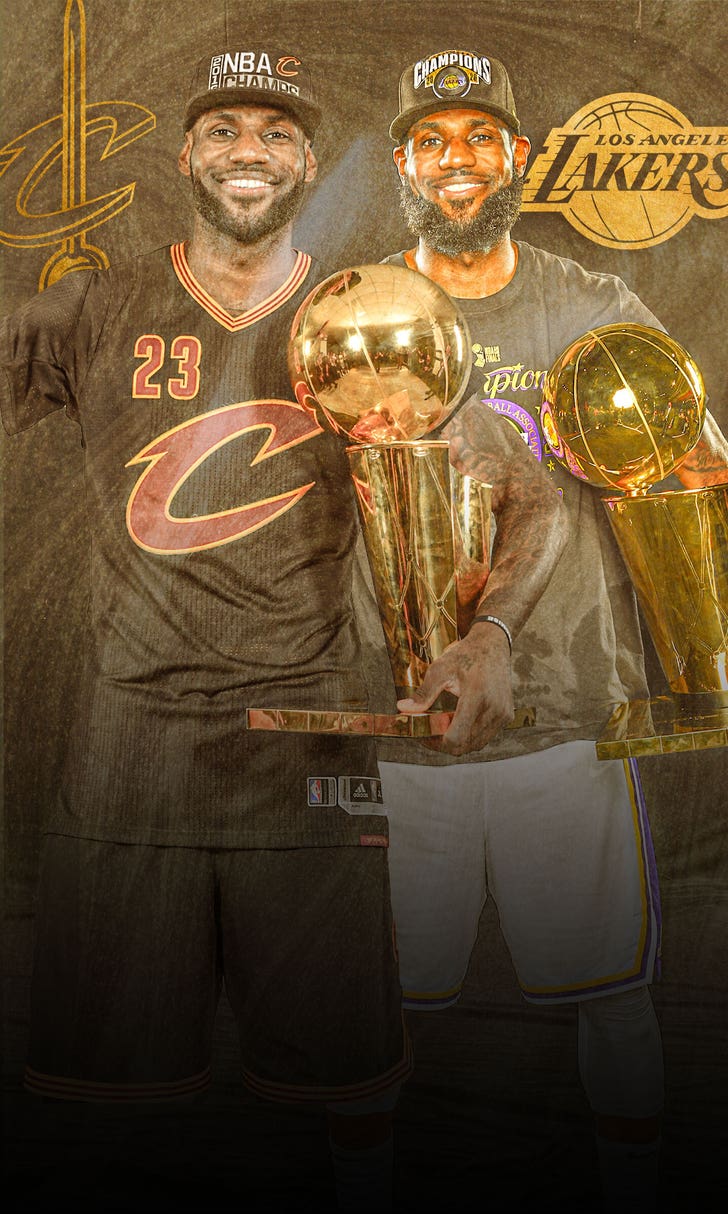 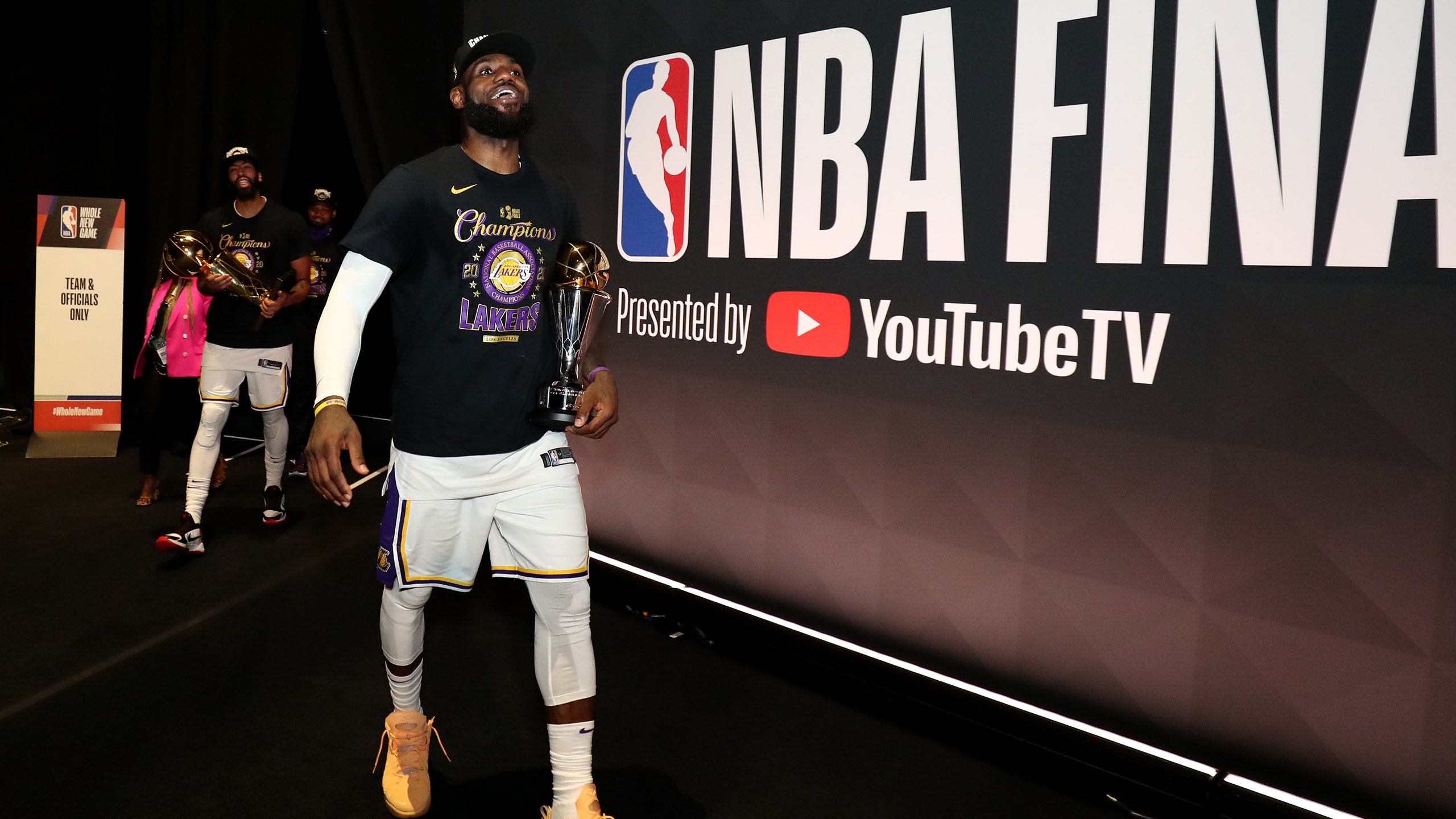 previous story
The Eagles Need A Spark, Not A Savior
next story
Rams Run Through Belichick, Patriots
National Basketball Association

The 2020 NBA season is on the horizon, but that doesn't mean LeBron James can't take a dive into the past.

On a recent episode of the Road Trippin' podcast, James sat down with former NBA-ers Richard Jefferson and Channing Frye to discuss winning a championship in the bubble and how much weight his most recent title holds when it comes to the GOAT conversation.

"The one thing I know for sure is that I've been a part of the two teams that won the two hardest championships in league history. The 2016 Cavs ... and then what we went through in the bubble."

James was the main catalyst for the 2016 Cleveland Cavaliers championship, where they stormed back from a 3-1 deficit to defeat the 73-9, defending champion Golden State Warriors in seven games.

The King then pointed toward his most recent title in the Orlando bubble, where he and the Lakers spent July through October isolated at Disney World Resort in Orlando, Florida.

"And then what we went through in the bubble. And if you were not in the bubble, you don't quite understand it. You will never ever understand how hard it was to win that championship, to be able to motivate yourself ... This is literally out of your whole comfort zone ... I didn't see my family for eight-and-a-half weeks.”

The Lakers ended up prevailing in the postseason, winning each of their Western Conference playoff series in five games before defeating the Miami Heat in six games in the Finals.

Does James have a point? Has he twice overcame circumstances never before seen in NBA history, making those two titles sit above the rest?

Portland Trail Blazers superstar Damian Lillard thinks LeBron has a valid argument, specifically when it comes to the 2020 NBA title.

However, ESPN's Stephen A. Smith had some harsh words for James and his latest take, pointing to several other teams who had a tougher road to success on their championship paths, including the 1995 Houston Rockets, the 2011 Dallas Mavericks and the 2014 San Antonio Spurs.

"With all due respect to the great LeBron James, I think that is one of the most ignorant statements that has ever come out of his mouth.

James' road to the Finals in 2020 was not as tough as it could have been.

In the first round, the Lakers faced a Blazers team that was under .500, and LA was able to avoid the Los Angeles Clippers after they were eliminated by the Denver Nuggets in the Western Conference semifinals. 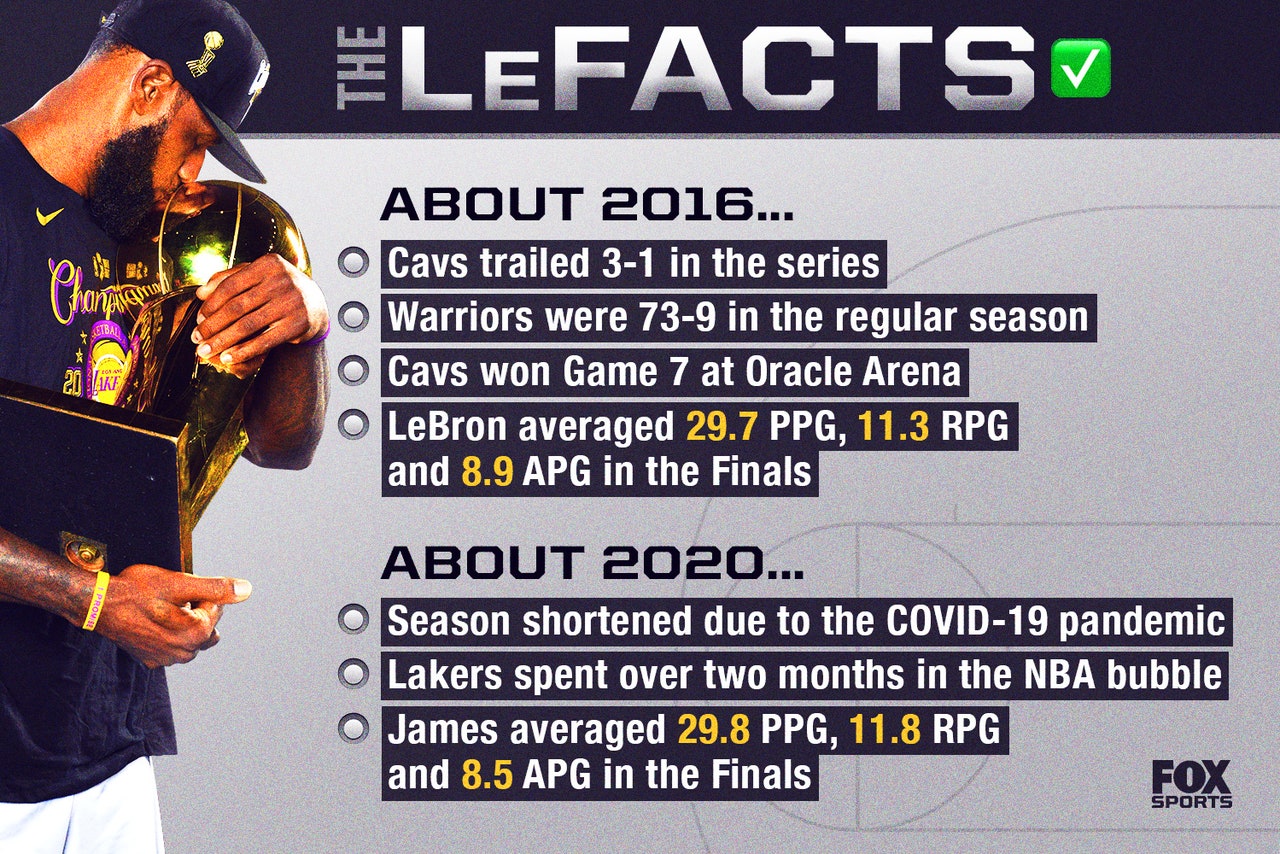 Still, for First Things First's Nick Wright, the 2016 victory holds as one of the most amazing feats in NBA history.

"Lets pretend it wasn't a 3-1 comeback. I'll clean it up for LeBron: 'I beat the best team to ever be beaten in a Finals.'"

The 2016 Warriors were indeed the reigning NBA champions, won a league-record 73 games during the regular season, and were led by the first-ever unanimous league MVP, Stephen Curry.

But FOX Sports NBA analyst Chris Broussard still had something to say about that, refusing to reward LeBron for trailing in a series.

It's impossible for James, the pundits, or the fans to weigh title paths against each other. But one thing is clear in LeBron's comments – this is the King James version of events.

And he's sticking to it.

Remembering Kobe: A Helping Hand
After Gordon Hayward suffered a traumatic leg injury in October 2017, his relationship with Kobe Bryant began to blossom.
2 hours ago

Why Pop and Kerr Spoke Out
Gregg Popovich and Steve Kerr aren't afraid to discuss social justice. Melissa Rohlin explains their desire to speak up.
3 days ago
those were the latest stories
Want to see more?
View All Stories
Fox Sports™ and © 2021 Fox Media LLC and Fox Sports Interactive Media, LLC. All rights reserved. Use of this website (including any and all parts and components) constitutes your acceptance of these Terms of Use and Updated Privacy Policy. Advertising Choices. Do Not Sell my Personal Info