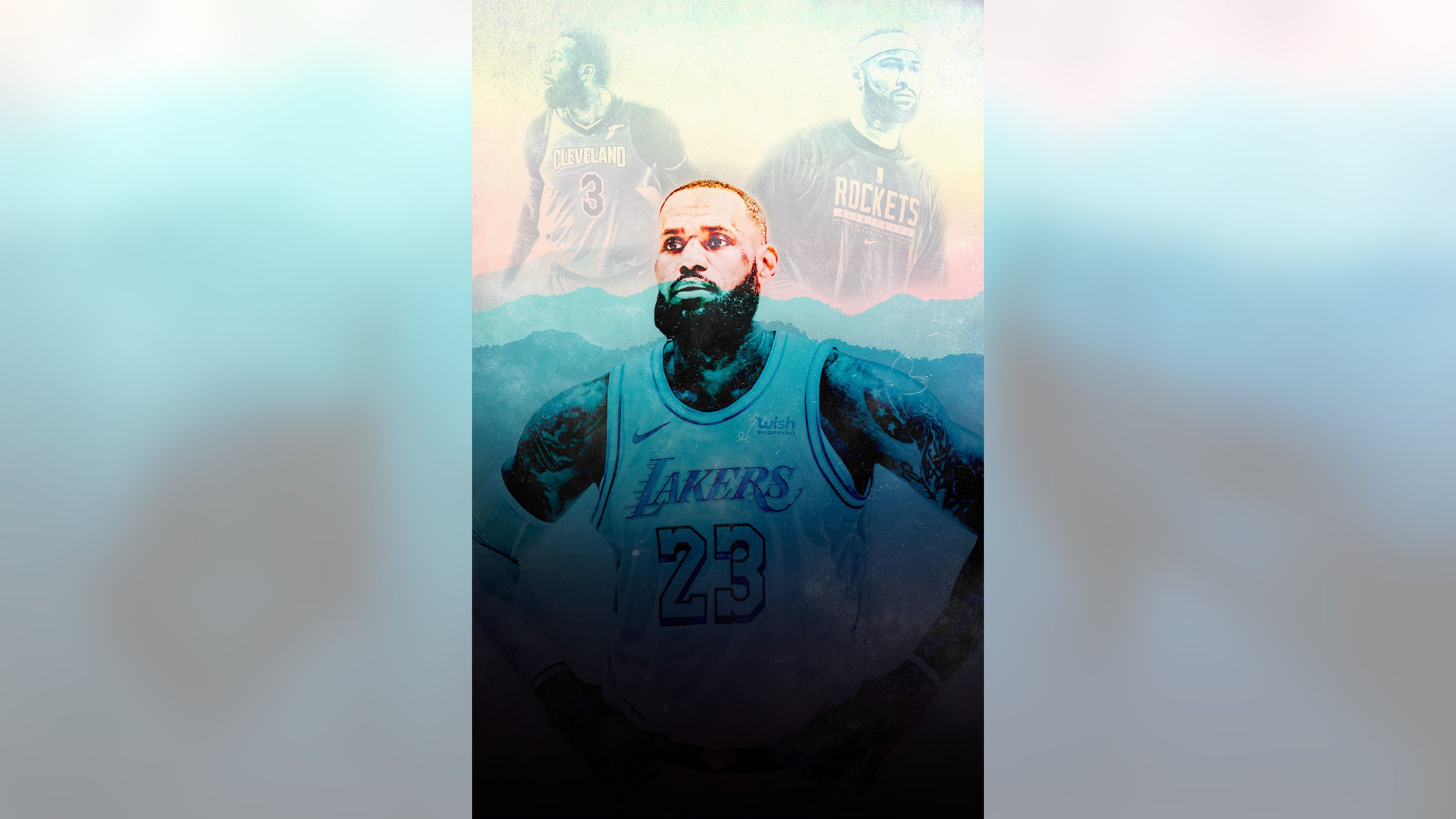 These are trying times for the NBA's defending champions.

With Anthony Davis out since sustaining an Achilles injury against the Denver Nuggets on Feb. 14, LeBron James and the Los Angeles Lakers have gone 1-3 since "The Brow" went down.

Their latest loss came Monday night against the suddenly red-hot Washington Wizards, who put away the Lakers 127-124 in overtime.

Wizards guards Bradley Beal and Rusell Westbrook dominated the proceedings, scoring 33 and 32 points, respectively, as Westbrook flirted with a triple-double.

James led the Lakers with 31 points on 48.3% shooting, but missed a critical free throw on an and-one opportunity with the game tied at 115 with nine seconds remaining in regulation.

Hit attempt to tie the game with a 3-pointer in the waning seconds of overtime also went wayward, as did Kyle Kuzma's follow-up attempt, as the Wizards held on to win their fifth straight game.

Turnovers were also an issue for James in the loss.

The King coughed it up eight times on the evening ⁠— the most of any player in the game ⁠— including turning the ball over on three occasions in the fourth quarter.

As Nick Wright pointed out on Tuesday's episode of "First Things First," the loss to Washington served as proof that, for the Lakers to win during Davis' absence, James will have to play nearly flawless basketball.

If more rest is the answer for cleaning up mistakes, James isn't hearing any of it.

He's started all 32 of Los Angeles' games this season and, as of Tuesday morning, ranks third in the league with 1,120 minutes played.

But despite averaging just shy of 38 minutes per game over the last four contests, the 36-year-old was quick to dismiss any notion that he could use a few more breathers.

If more rest isn't the answer, could more help be?

For all of Davis' important offensive contributions, it could be argued that his mere presence is the most difficult component for the Lakers to replace.

A four-time NBA All-Defensive player, the 6-foot-10 Davis presents a massive obstacle for opponents trying to get to the rim.

With him out of the lineup on Monday, the Lakers tied a season high with 66 points allowed in the paint.

It marked the most Lakers had conceded since allowing the same amount on Feb. 10 against the Oklahoma City Thunder ⁠— another game in which Davis sat.

The only other true big man on the Lakers roster right now playing meaningful minutes is Marc Gasol, with the 6-foot-7 Montrezl Harrell able to slide in for a different look.

Last season, the Lakers were able to lean on a seven-footer in JaVale McGee and the 6-foot-10 Dwight Howard to patrol the lane when Davis was off the floor.

Howard and McGee are plying their trade elsewhere this season. And for Kendrick Perkins, he's seen enough to suggest the Lakers make a play for another big man.

"This is where they miss JaVale McGee and Dwight Howard ⁠— a shot-blocker. The Wizards got whatever they wanted last night in the paint, they got to the free-throw line. [The Lakers] need to get them another athletic big."

As Perkins mentioned, Andre Drummond has been viewed as an option for the Lakers.

However, the Cleveland Cavaliers big man is in demand around the league, and carries a pricey expiring contract.

DeMarcus Cousins, whom the Houston Rockets reportedly plan to waive, has also seen his name attached with the Lakers in recent days.

Of course, the Lakers could also turn their attention beyond Drummond or Cousins, as finding the right fit on the buyout market is always a possibility.

Whatever the case may be, the Lakers appear to have set themselves up to be players in that regard after reportedly waiving veteran point guard Quinn Cook.

The Lakers are one week into the four that Davis is estimated to miss with his injury, and already the effects are being felt.

Chief among those impacted remains James, the centerpiece of the Lakers and the key to a repeat championship in Los Angeles.

The challenge for L.A. will be how they stay afloat in the coming weeks, and whether or not help could be on the way.

Enter the NBA Challenge contest on the FOX Super 6 app for free and you can win this week's $25,000 jackpot! Download now at foxsuper6.com!