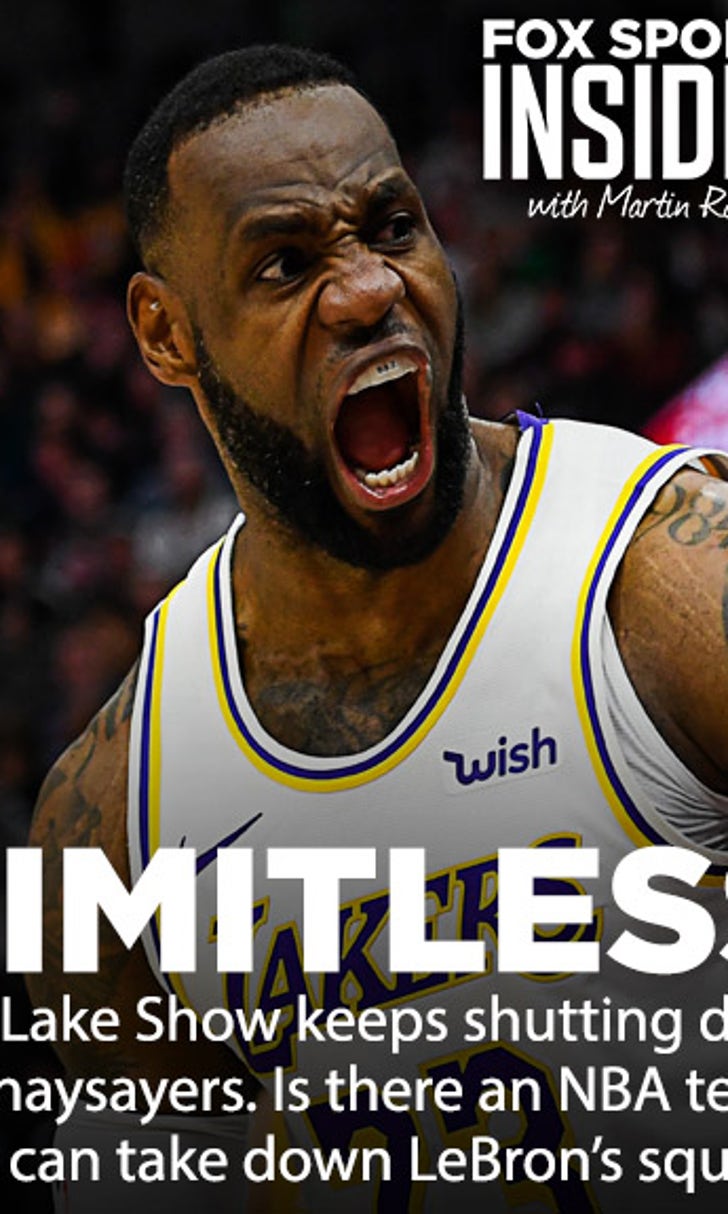 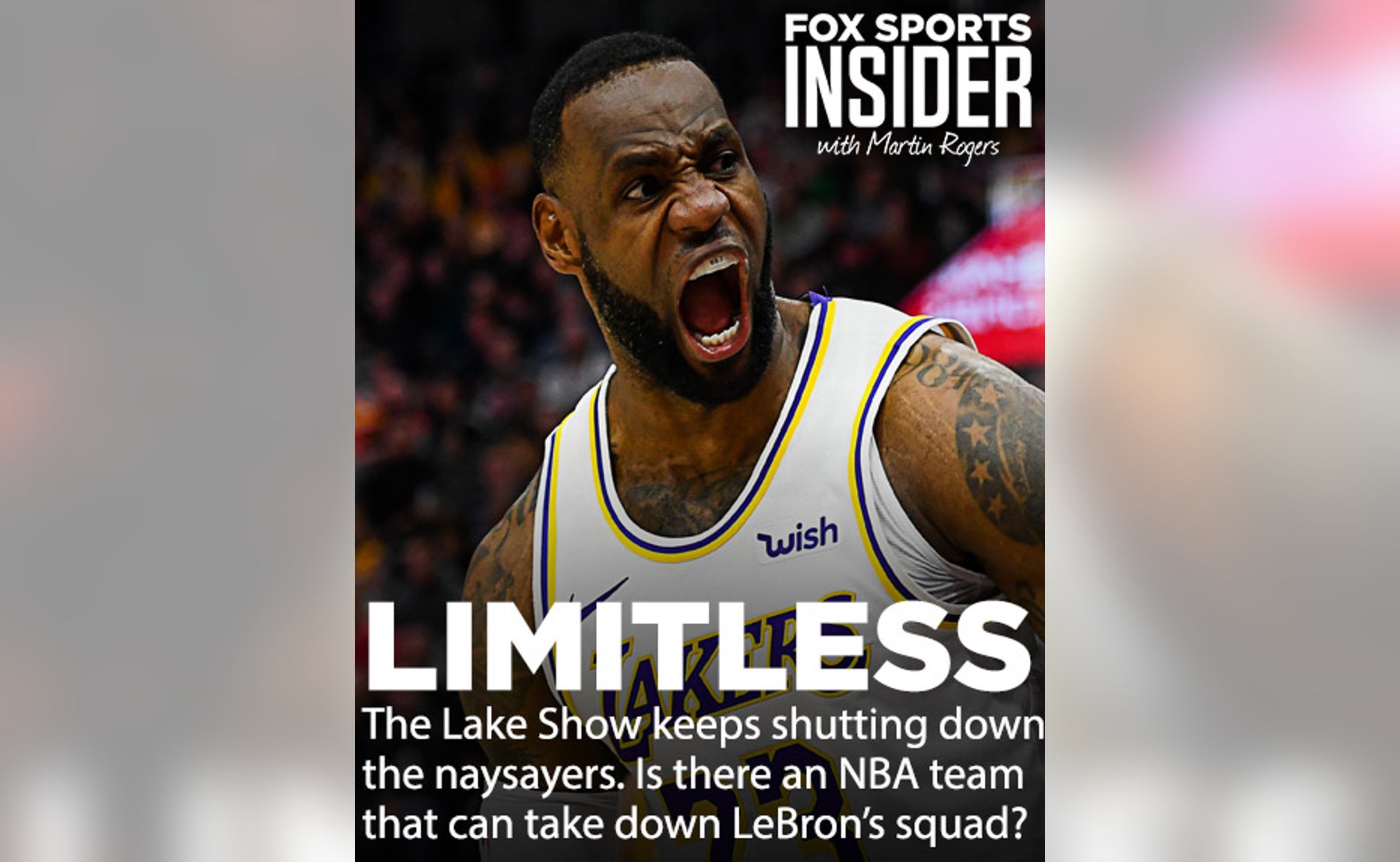 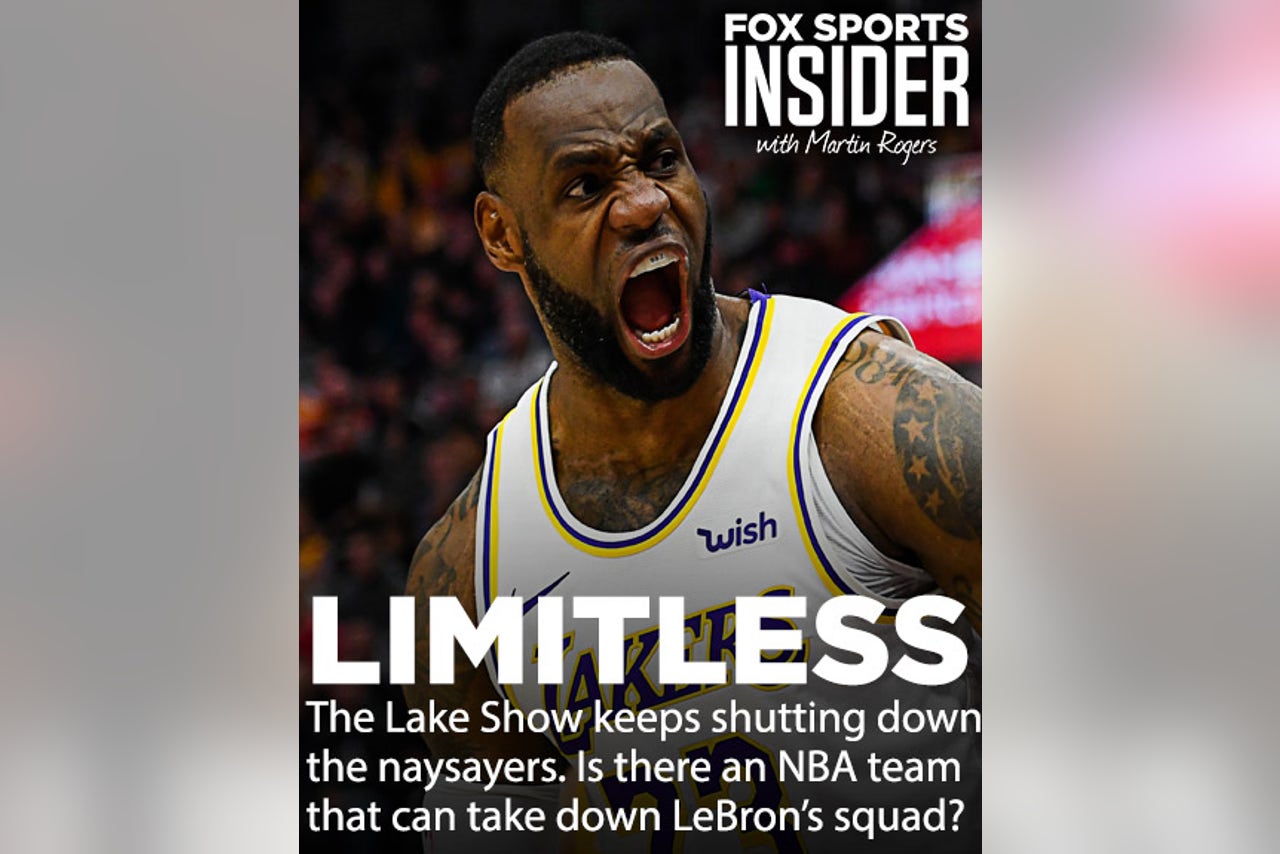 So now we know, at least, what needs to happen for the Los Angeles Lakers to lose. Unless you’re a title favorite with an outrageously gifted superstar catching fire, a defending champion using all your guile, or unless you have perhaps one of the future greats playing lights-out, don’t bother applying.

Cracking the Lakers code has proven difficult enough that here we are in the first week of December, and they’re at 19-3, tied for the best record in the NBA and without a single teething trouble in sight.

In truth, it’s not much of a code at all — just a simple reality. LeBron James is playing some of the most dominant basketball of his career, good enough that, provided the pieces around him continue to fire, it makes the outcome of a Lakers victory an inevitability on most given nights.

“I just want to be able to not have any weaknesses and allow a defense to dictate what I do,” James told Sportsnet recently. “Just trying to be the most complete basketball player I can be, which adds to our team. If I can be as complete as possible, it puts the defense in difficult positions about how they guard me and guard us.”

There was a dose of farce and a dash of outrage mixed into the Lakers’ 121-96 victory over the Utah Jazz on Wednesday night, but that’s because something happened that was more interesting than everyone just talking about how Los Angeles won — again.

James was ludicrously allowed to take two clear steps holding the ball without being called for a travel, a non-call so silly that even he admitted it was one of the worst mental “malfunctions” of his career. And later, with the game so far put to bed that James had already planted himself on the bench and gifted his shoes to a fan, the Jazz announcing team was irked when he “disrespectfully” celebrated on the fringe of the court in his socks following a big block from Kyle Kuzma.

Neither will matter in the grand scheme of things and nothing much, it seems, can slow down the juggernaut. With Anthony Davis deflecting focus and freeing up room, James is having a party out on the floor. He’s nearly 35 now, yet that extra bit of space is all that is needed for him to dice up the opposition and use all of his court smarts.

The notion of the Lakers’ impregnability will be tested in December, with nearly every game between now and the end of the month coming against teams with either virtual playoff certainty or serious postseason aspirations. The Lakers aren’t unbeatable, of course, but you need a special set of factors.

The Clippers got James and the Lakers on opening night, with Kawhi Leonard out to make a point on his arrival in Tinseltown and turning in the kind of glittering performance worthy of a reigning Finals MVP. Even so, FOX NBA analyst Chris Broussard believes James has reclaimed L.A. bragging rights since then.

The Toronto Raptors — those surprising Raptors who were supposed to fall off without Leonard but instead are tied for the third-best win percentage in the league and are using all that savvy and experience — they toppled the Lakers, too, on Nov. 10.

The last team to do so was the Dallas Mavericks, who rode a spectacular outing from the already-awesome and ever-improving Luka Doncic to a Staples Center triumph on Sunday.

Apart from those blips, James, Davis and their supporting cast have held sway, strutting around the country racking up wins. How long can it continue? We will see, but James seems to be having too much fun to scale back greatly on his workflow; at least not in the same manner as ultimate load management master Leonard.

Most remarkable of all is that James is getting it done from the point guard position, running the show from that spot and genuinely basking in it. According to Colin Cowherd, this late-career plotline will help define his legacy as much as whether the Lakers pick up their first title since the 2009-10 season.

“LeBron is doing something he has never done before,” Cowherd said on FS1’s The Herd. “The story on LeBron is being written. Year 17, change positions and be the best in the league at that. This would definitively enhance what LeBron has always been: the greatest, most versatile Swiss Army knife in history.

“Michael (Jordan) may (have been) the more relentless offensive player and better player. But Michael was not capable in year 14 at being the best player at forward. To change positions and dominate in a league full of all-time-great guards will clearly put Michael and LeBron as the best ever.”

Last season, Dec. 5 marked the start of a mini-decline that precipitated a total collapse, when the understaffed Lakers won a tight home clash with the San Antonio Spurs before going on a 6-7 stretch that curbed their early momentum.

Don’t expect more of the same. James has been driven by criticism, spurred by the fact that many thought he was done as a potential title-winning force, and embracing the notion that some believed him to be washed up.

You haven’t heard much of that kind of talk lately and there is a reason for it. The Lakers do have major challenges ahead, and whatever happens between now and April, the Western Conference side of the playoff bracket will be a true gauntlet of fire.

But after all those seasons of misery, perhaps none more soul crushing than the last, the Lakers are right where they want to be: with everyone else trying to figure out how they, and the rejuvenated James, can be stopped.

To Live and Dime in LA
For the second offseason in a row, the Lakers and Clippers are set to do battle for a championship piece in free agency.
9 hours ago