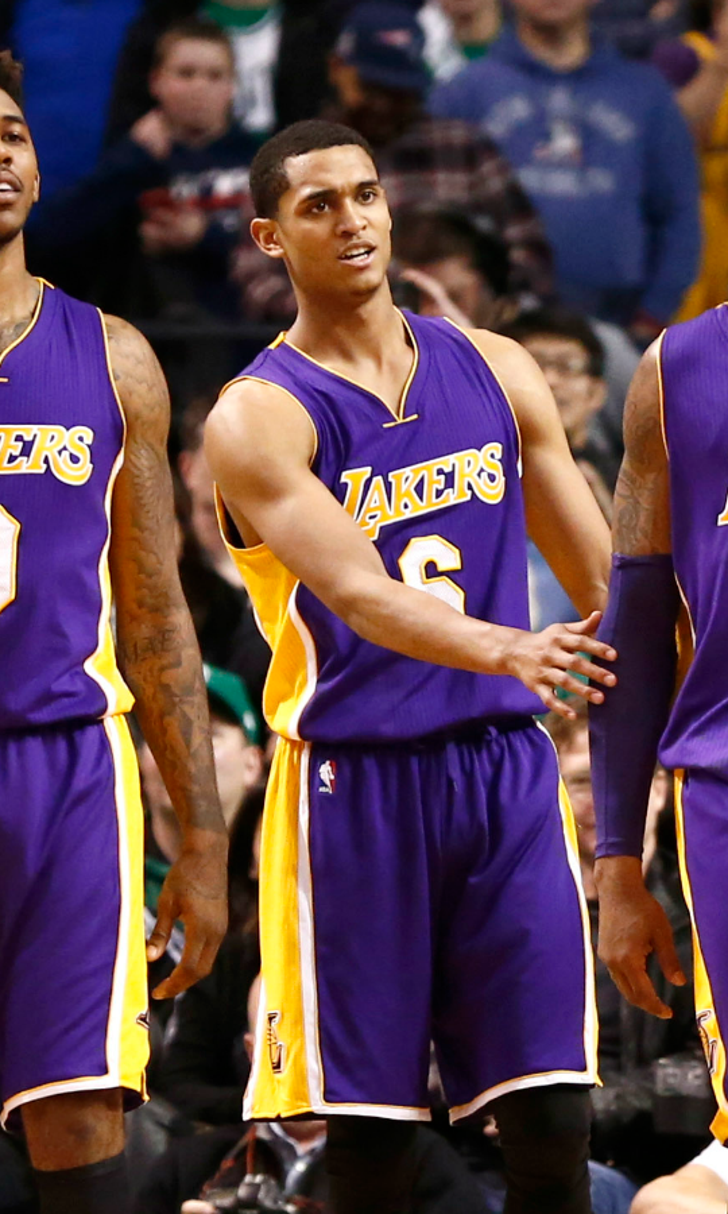 previous story
Johnny Case wants to sweep 'The Bachelorette' off her feet
next story
Pence homers, Samardzija goes 6 in Giants' loss to A's

Lakers investigating sexual harassment allegations against two of their players The Los Angeles Lakers are investigating sexual harassment allegations against two of their players, according to a report from ESPN's Baxter Holmes. The incident involved Nick Young and Jordan Clarkson, and took place in Hollywood on Sunday evening.

Alexis Jones and her 68-year-old mother were the two women involved, and the young Lakers couldn't have possibly picked a worse target for their offensive remarks. Jones is an author and activist who is hired for speaking engagements specifically to prevent athletes from behaving towards women in this way.

Jones posted some photos of Young and Clarkson to her Instagram page, along with her recap of what transpired.

A more concise version was told to ESPN.

Jones said following dinner she and her 68-year-old mother stopped their vehicle at the intersection, where a Jeep with four men pulled up alongside. According to Jones, the men inside the Jeep began making "vulgar, sexual" gestures toward her mother.

"She was super rattled. That's the truth. It scared her," Jones said. "We were in a small car and they were in a big Jeep and it was a bunch of big dudes. They're leaning out of the car and making vulgar, sexual gestures. My mom was really shocked. That immediately turned into sobbing."

The Lakers were all over this as soon as they heard what took place. A team spokesman reached out to Jones early Monday morning, and head coach Byron Scott was made aware of what occurred before he addressed it with his two players.

The team also discussed the possibility of having Jones come speak on the topic, and also offered to have her talk with Young and Clarkson directly. While nothing has been finalized, she seems satisfied by the way the team has handled the unfortunate situation thus far.

"I've been inspired by how the Lakers have responded," she said.