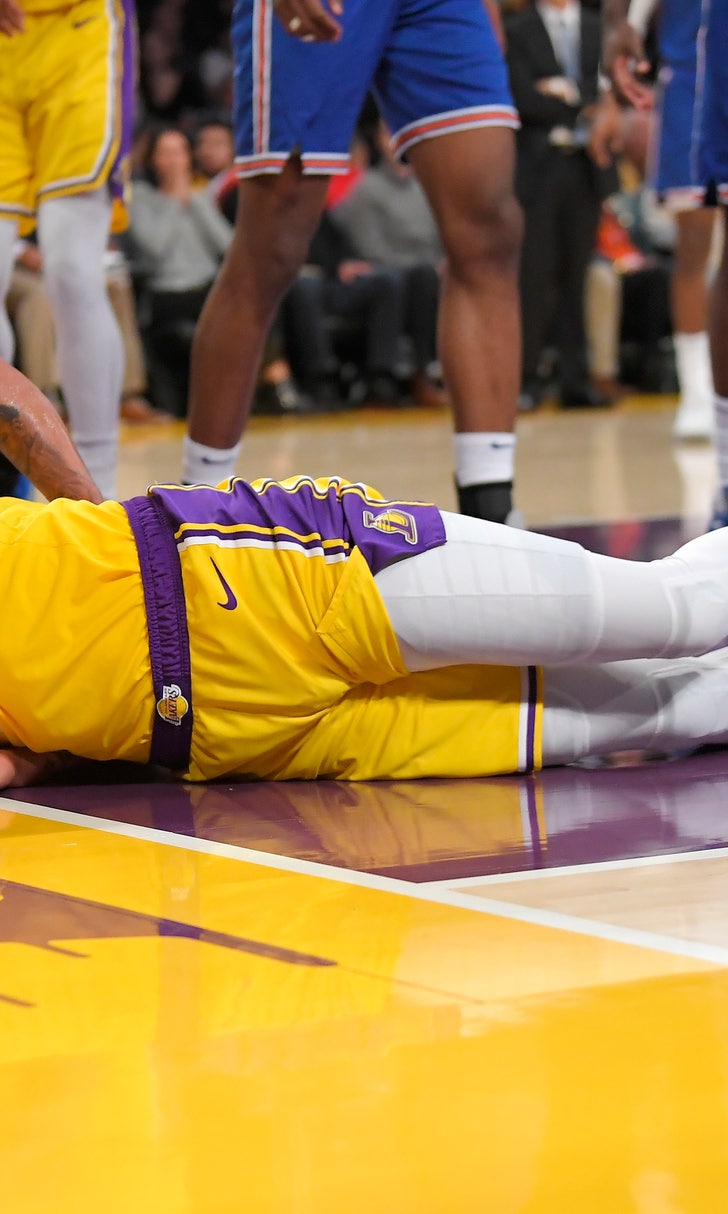 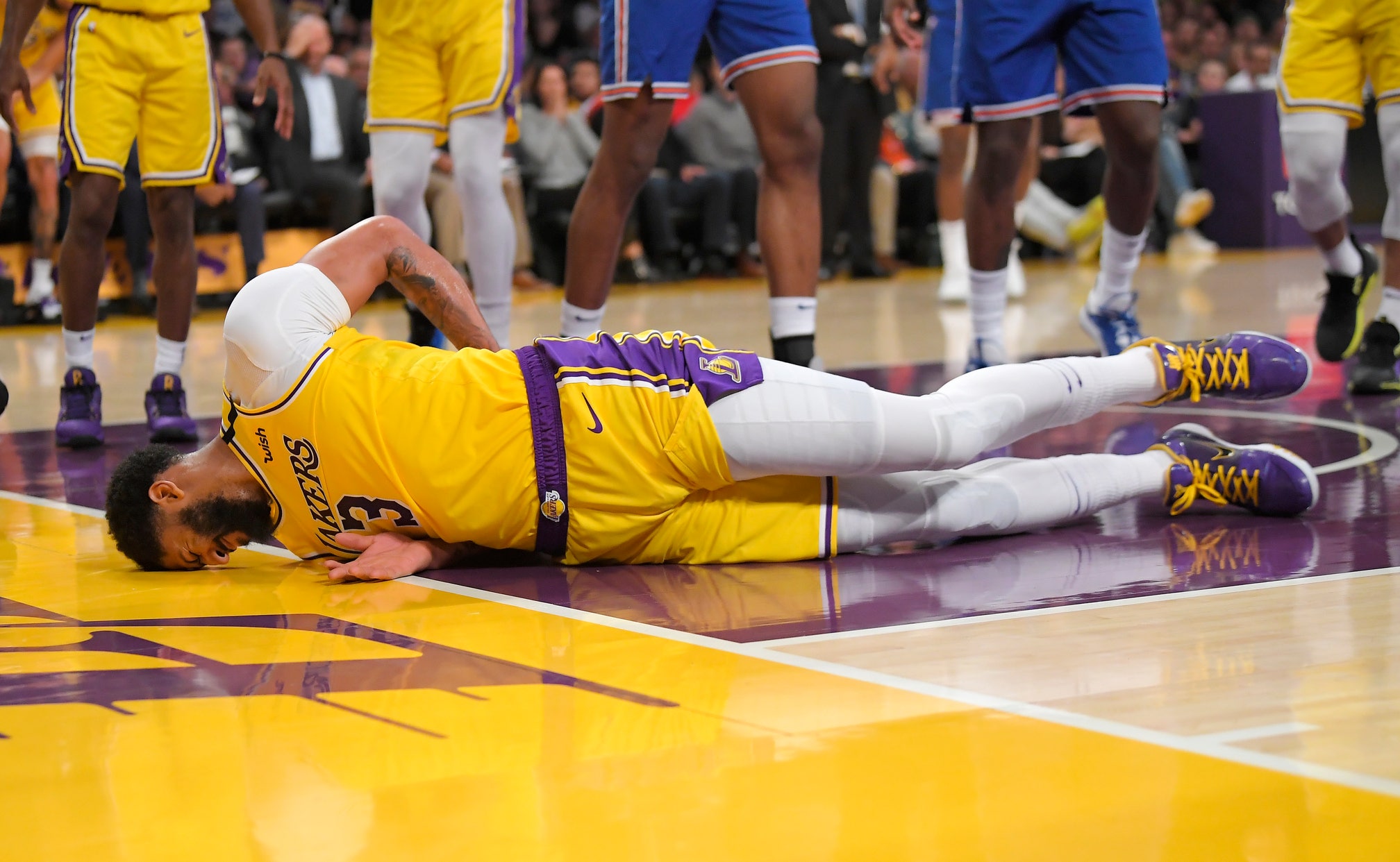 Lakers' Anthony Davis to travel after negative MRI from fall

LOS ANGELES (AP) — Anthony Davis plans to travel with the Los Angeles Lakers on their upcoming road trip after he bruised his buttocks in a nasty fall.

The Lakers announced encouraging news about their six-time All-Star's health Wednesday, a day after he left their blowout win over New York with a scary injury.

An MRI exam performed overnight on Davis showed no major concerns, and X-rays were negative. Davis was extremely sore, but his injuries appear to be only bruises.

The NBA's sixth-leading scorer is expected to be listed as questionable when the Lakers open a two-game road trip Friday in Dallas.

Davis was hurt when he fell hard on his back and tailbone after trying to block the shot of New York's Julius Randle in the third quarter of the Lakers' sixth straight win, 117-87 over the Knicks on Tuesday night.

Davis pounded the court in pain and stayed down for about two minutes while his teammates gathered around him. He eventually rose with help and walked off the court slowly, but under his own power.

After the game, the Lakers' Danny Green called it an "ugly fall, man. It’s probably going to take some time, seeing how long it took for him to get up and walk out of here, the way he’s walking out of here.”

The news might not be as bad as the Lakers feared, however.

The team initially diagnosed the injury as a bruised sacrum — the lower part of the spine. But the Lakers altered their diagnosis to a soft-tissue bruise after the MRI, which likely means the injury is less serious.

The Western Conference-leading Lakers (30-7) were off Wednesday. They play the Mavericks on Friday and at Oklahoma City on Saturday before returning to Los Angeles.

Davis will be an unrestricted free agent this summer, but he is widely expected to re-sign with the Lakers. He is averaging 27.7 points and 9.5 rebounds in his first season with Los Angeles after the team traded most of its young core to New Orleans for him.

“He's one of our pillars,” Lakers coach Frank Vogel said. “He's our present. He's our future. He's one of the best players in the world, so obviously he means a lot.”

NBA Free Agency Tracker
The NBA free agency period is officially underway. Stay up to date with all the latest moves across the Association!
3 days ago

Tinseltown Tussle
The rivalry between the Lakers and Clippers has spilled into the offseason. Who's winning this Hollywood fracas so far?
4 days ago 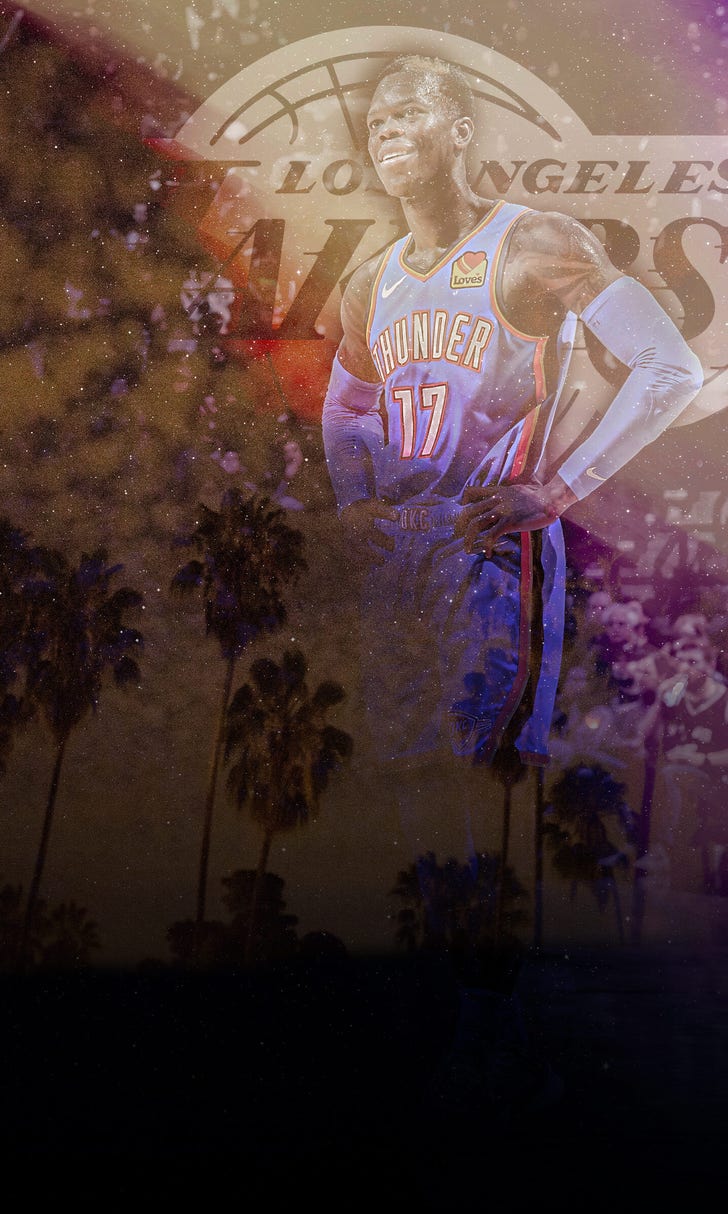