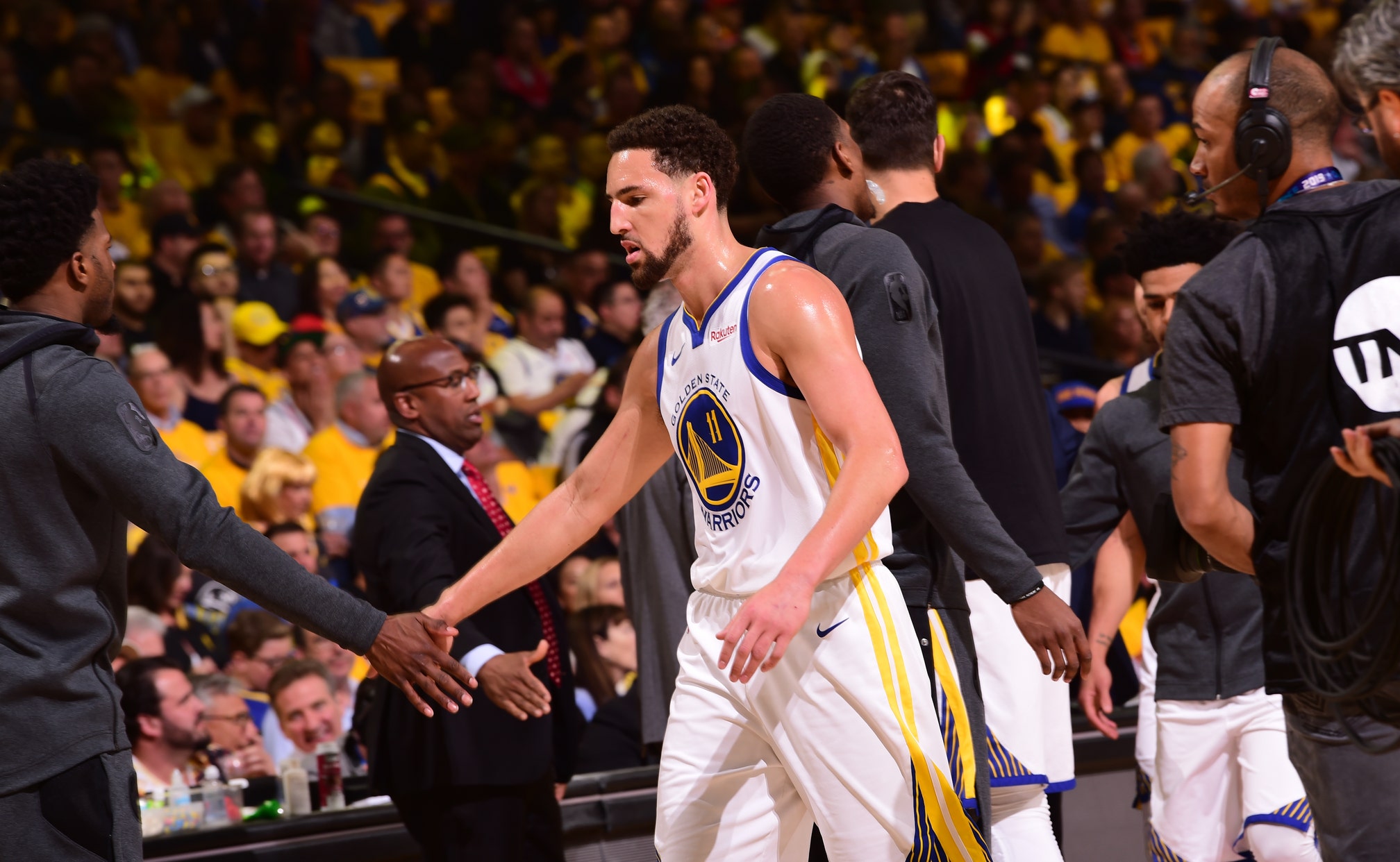 After missing the entire 2019-2020 season with a torn ACL in his left knee, Golden State Warriors star Klay Thompson will reportedly miss the 2020-21 season after suffering a torn Achilles tendon in his right leg.

Thompson reportedly suffered the injury in an open run with multiple other NBA players on Wedneday, and subsequently could not place any weight on his right leg, needing to be helped out of the gym.

Thompson is one of the NBA's premier shooters, forming the Splash Brothers backcourt with Stephen Curry, which is widely regarded as the greatest shooting backcourt in NBA history.

Since entering the league in 2011, Thompson is a career 42 percent shooter from three-point range and is 18th all-time in made three-pointers.

He has been named to five All-Star games and two All-NBA teams while winning three championships with the Warriors and providing some of the most electrifying shooting displays in NBA history, including the record for most 3s in a game.

With the deflating news that one of the NBA's stars is once again facing another season-ending injury, teammates and old rivals alike took to social media to offer well wishes to Thompson.