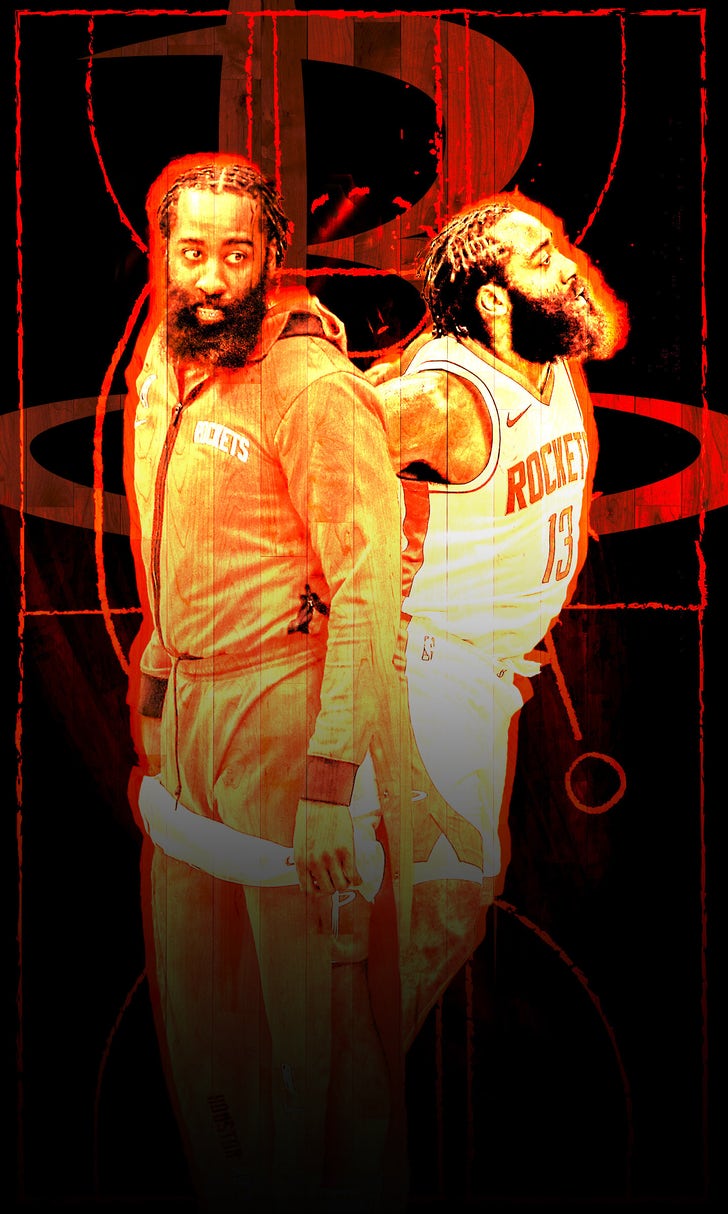 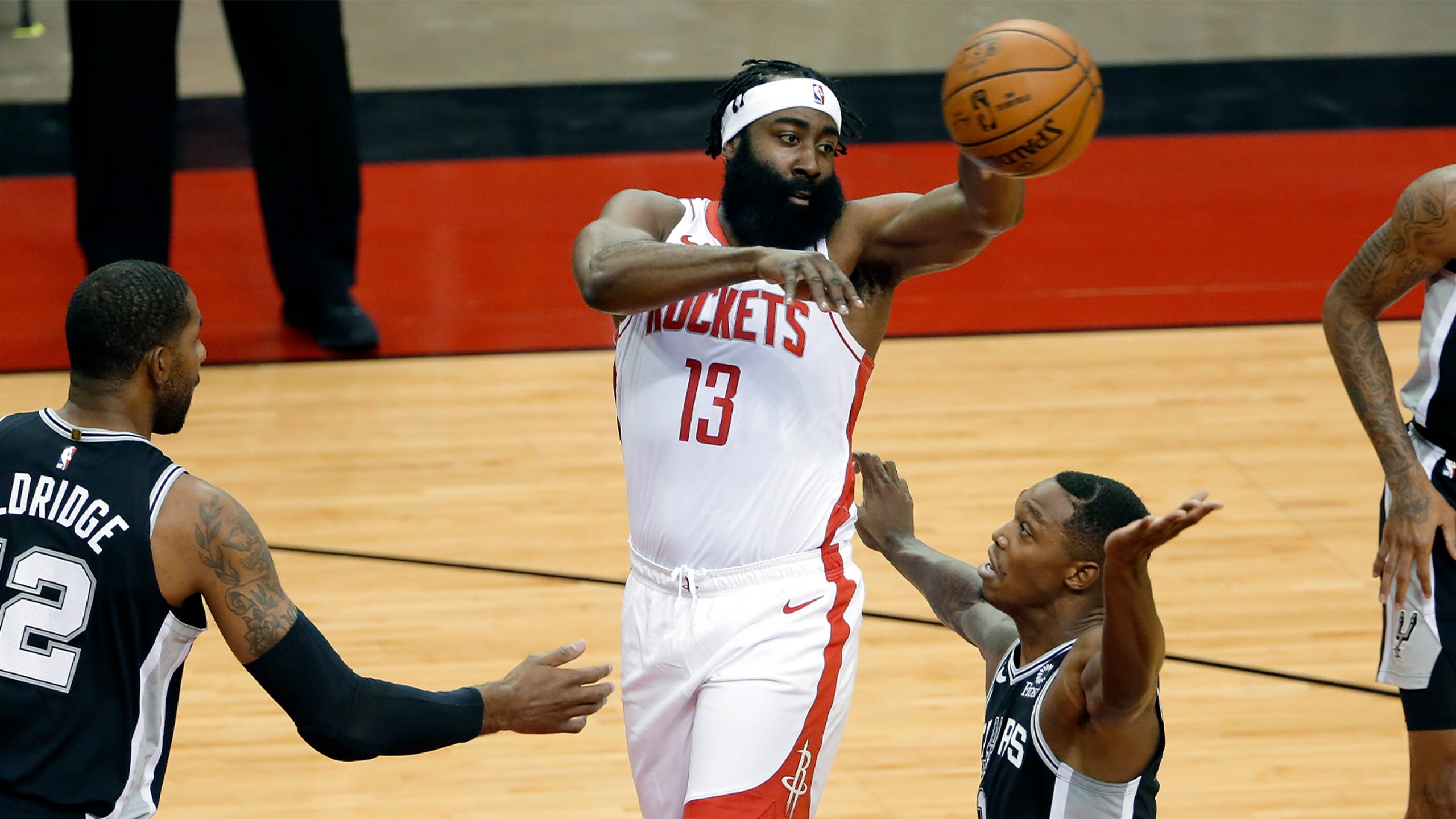 previous story
Best of the NBA Preseason
next story
Who's Ready To Tag With Asuka?
National Basketball Association

James Harden and the Houston Rockets appear to be on a collision course.

Harden, an eight-time All-Star with the Rockets, has had a history of getting whatever he wants in Houston, according to an article by ESPN's Tim MacMahon.

Overnight stays in Harden's favorite cities on the road, tardiness to meetings, and even authority on roster and coaching decisions were among the permissions granted to Harden during the past eight years, per MacMahon.

But now, with the 2020-21 NBA preseason underway and Harden angling for a trade away from Houston, Harden is hearing an unfamiliar word from the Rockets: no.

Harden's made his intentions to leave Houston clear, reportedly opening up his list of acceptable trade destinations to include the Philadelphia 76ers, Brooklyn Nets, Miami Heat and Milwaukee Bucks as of last week.

Even the acquisition of John Wall from the Washington Wizards in exchange for Russell Westbrook seemingly did little to stem Harden's desire to be traded.

Now, following an offseason where Harden missed a portion of Rockets camp and a pair of preseason games during a holdout that saw him socializing in Las Vegas, the three-time NBA scoring champ suited up on Tuesday for Houston.

As Shannon Sharpe pointed out on Undisputed, Harden looked out of shape in his preseason debut, which, when combined with Harden's offseason actions, was enough to set Sharpe off.

"But at least show up in shape. At least do the right thing. Don't be unprofessional all the time ... I would have a problem with this ... Don't do this. Your time isn't more valuable than mine, bruh."

Harden finished 3-for-10 with 12 points, four assists and three boards in 21 minutes of work, but declined to make himself available to speak to the media after the 112-98 win against the San Antonio Spurs.

And though Harden appeared engaged with his teammates and new Rockets coach Stephen Silas, that didn't come as a surprise to Nick Wright.

Wright told the First Things First crew that he sees the disconnect between coach and organization at a standstill that could potentially favor both parties.

However, Wright's co-host Brandon Marshall said the flurry of distractions surrounding Harden at the moment point to the situation trending in the wrong direction.

For most analysts, Harden's influence within the organization seems to be the root of the divide. Player power has continued to grow as the league progresses, with superstars such as Harden helping drive that movement. 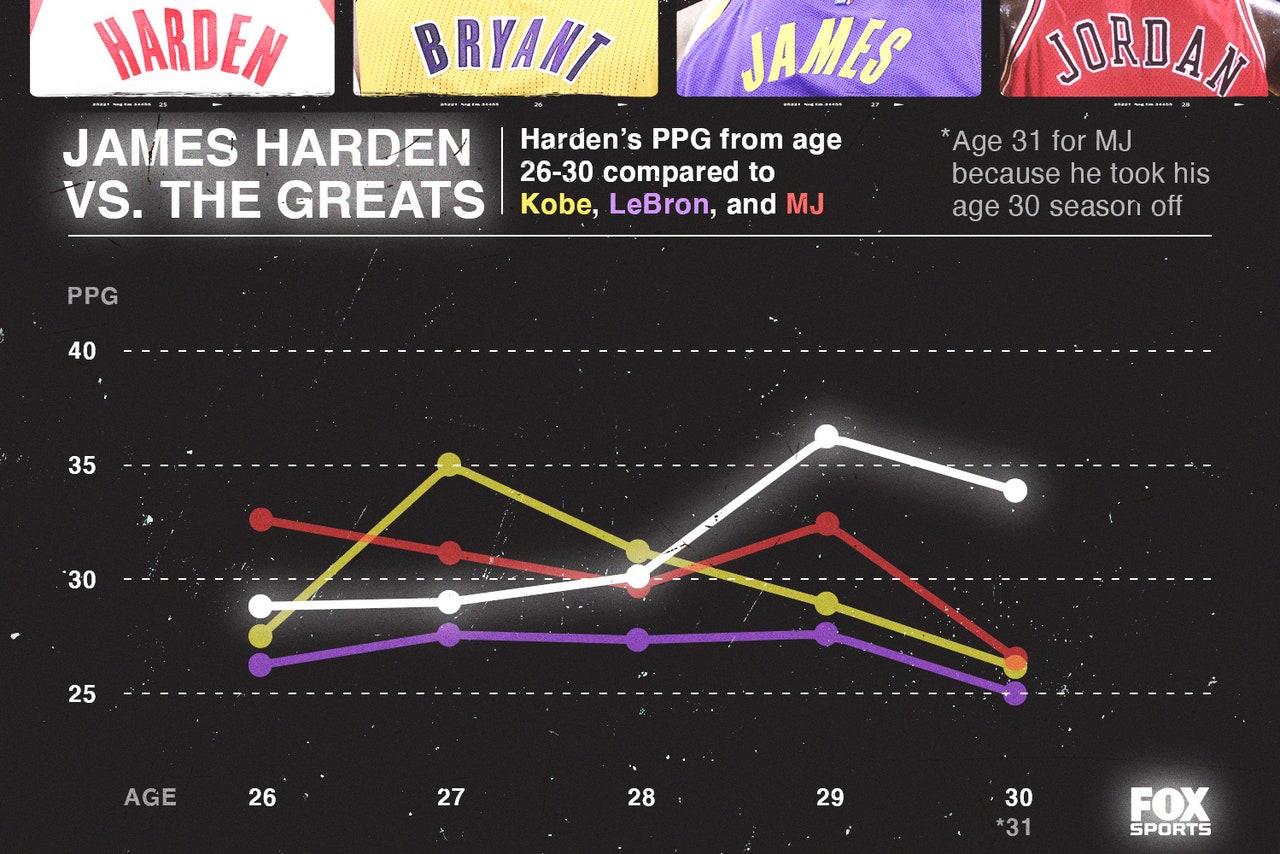 For ESPN's Stephen A. Smith, it wasn't that Harden was granted too much sway with the Rockets. Rather, it was that Harden misused his power.

Perhaps that question won't be a worry if the Rockets can find a suitable trade partner to get Harden where he wants to go.

But if not, and Harden winds up stuck in an unhappy situation, we might find out exactly how far Harden's influence extends.

Coming Out Party
If you didn't know Collin Sexton before Wednesday night, his 42 points against the Nets was a worldwide introduction.
17 hours ago

Defense Optional
The new-look Nets are watching their "Big 3" score at will, but will a lack of defense keep them from their full potential?
23 hours ago