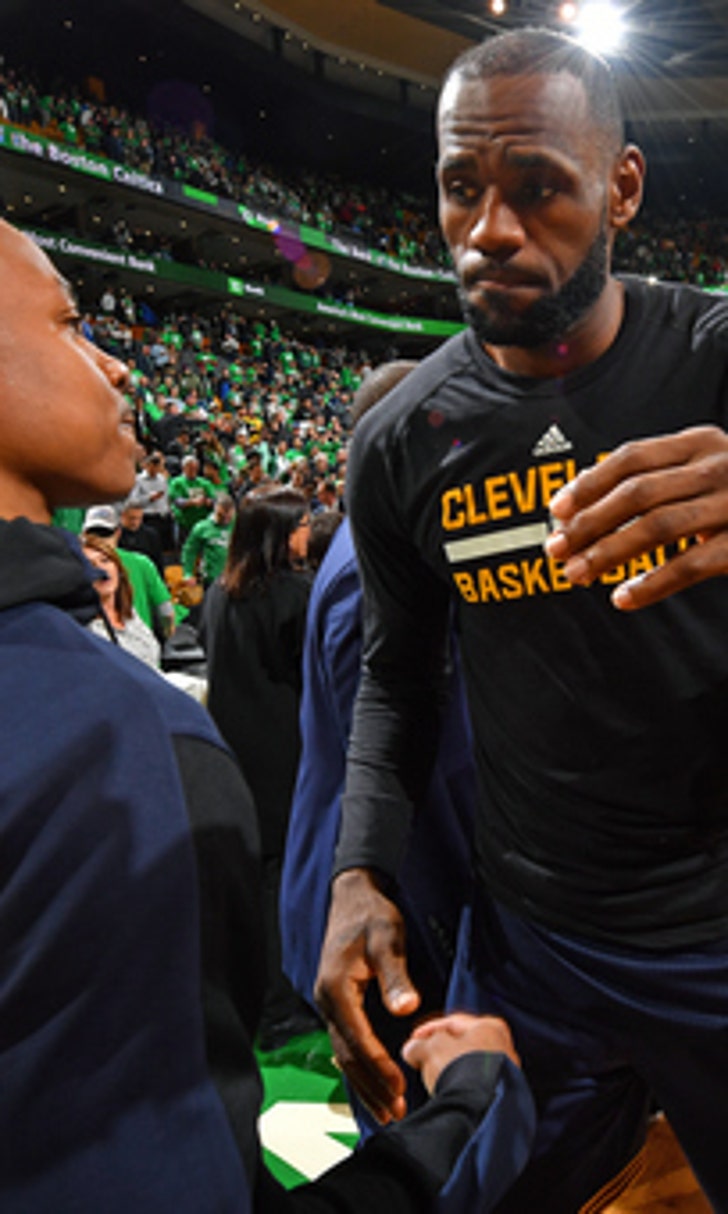 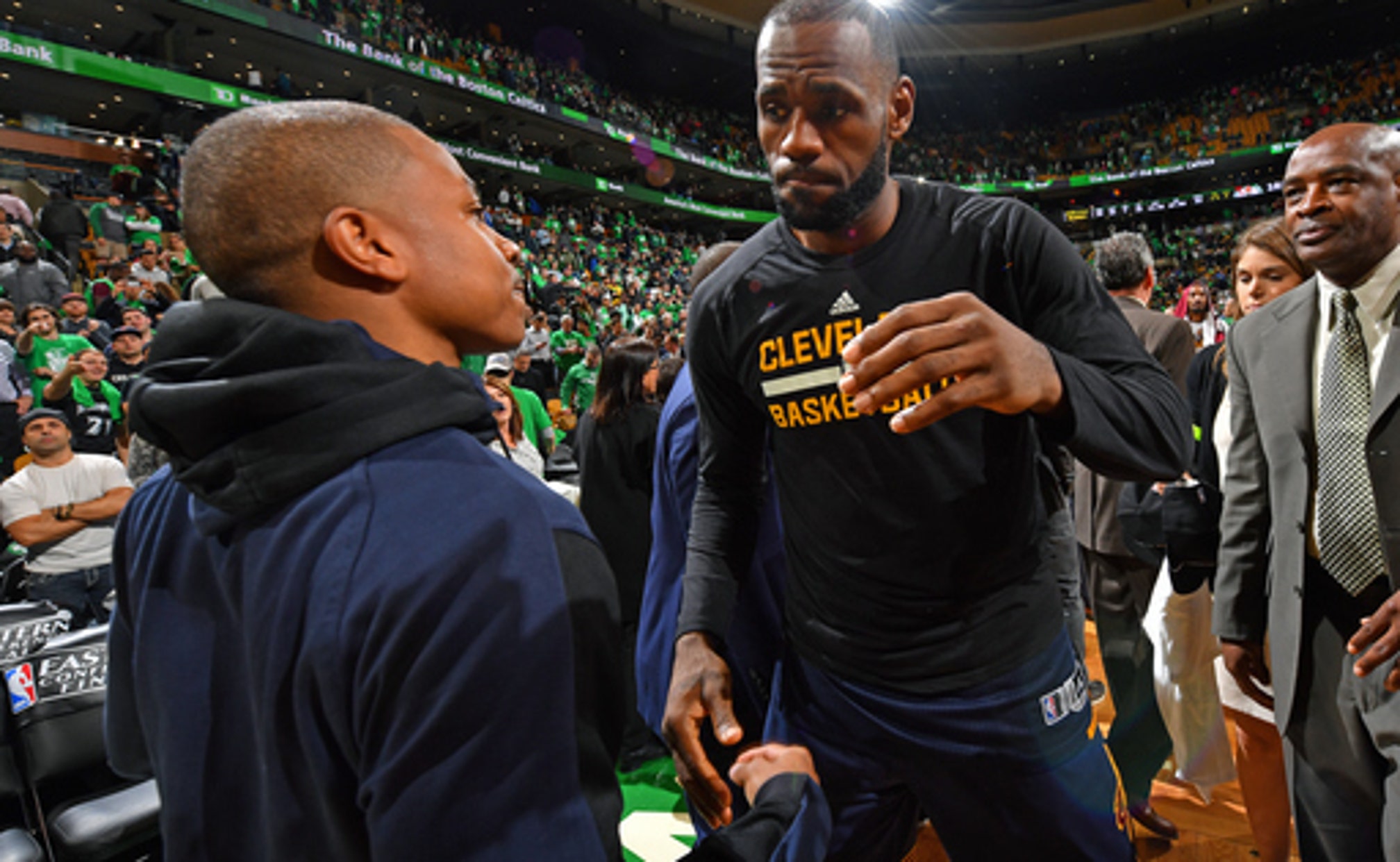 Isaiah Thomas on trade to Cavaliers: "It still hurts."

BOSTON (AP) Isaiah Thomas' two sons had different reactions to his trade from the Celtics to the Cavaliers.

His older son, James, is excited that his dad will get to play alongside LeBron James. Thomas' younger son, Jaiden, had fallen in love with Boston and was afraid that Cleveland won't have any skate parks.

''Everything about that trade, everything that I was feeling in my heart in those moments - they got it down to the only two things that mattered,'' Thomas said in a 3,500-word post on The Players Tribune about the deal that sent him to the Cavaliers for fellow All-Star Kyrie Irving.

''And so when I say this hurts, man - just know that it isn't because of anything anyone else did. It's only because of something I did,'' he said. ''I fell in love with Boston.''

A 5-foot-8 point guard who was the final pick in the 2011 draft, Thomas was a role player for three teams before he came to Boston at the 2015 trade deadline.

He developed into a two-time All-Star and a fan favorite with the Celtics, leading them to the No. 1 seed in the East and an Eastern Conference finals matchup with Cleveland in last season's playoffs.

''This was the first place, the first organization, the first group of fans in the league that didn't take one look at me, take one look at my size, and put me into the same role as always,'' Thomas wrote. ''The Boston Celtics let me have a chance to be great. And I'll never forget that.''

But an expiring contract - coupled with a desire for a new, maximum deal - and a hip injury that itself almost derailed the trade led Celtics boss Danny Ainge to trade Thomas to Cleveland along with Jae Crowder, Ante Zizic and a first-round draft pick. Irving had asked for a trade to a team where he wouldn't have second-billing.

Thomas said he is excited about playing with James, a four-time MVP, and Kevin Love, a former AAU teammate .

''I'mma just say this here, point-blank, to get it over with - and then you can go ahead and post it on whatever bulletin boards you want to: You are not going to want to mess with the Cavs this year,'' he said.

''Me on the Cavs is a match made in heaven. If you've watched any Celtics games last year, then you know how many times I would have to go through double and even triple teams, just to get my shot off. ... But this year . man, it's not even going to be a thing. You really going to throw three guys on me, when I'm sharing a court with the best basketball player on the planet? Nah, I don't think so.''

After moving from the Celtics to their top rival in the East, Thomas said his job is now to destroy the team he helped build.

Among the messages Thomas received after the trade was one from Patriots quarterback Tom Brady wishing him luck and telling him ''You're gonna do great.'' That was bittersweet, Thomas said: He had hoped to build a Brady-like career as an unheralded draft pick who went on to become an all-time Boston great.

''In my mind, I wanted to be the Celtics version of Brady and (Red Sox slugger David) Ortiz,'' he wrote. ''So when I got that text from Tom, you know, there was part of me that felt a little down.

''But then I thought about the text some more,'' he wrote. ''Tom Brady isn't sending a text like that to guys who played in Boston for only two and a half years - unless they did something very special. So maybe, I don't know ... maybe that's something to be proud of. And maybe, my time here . even if, in the end, I guess it wasn't quite what I'd dreamed it would be - maybe it still meant something to some people.''