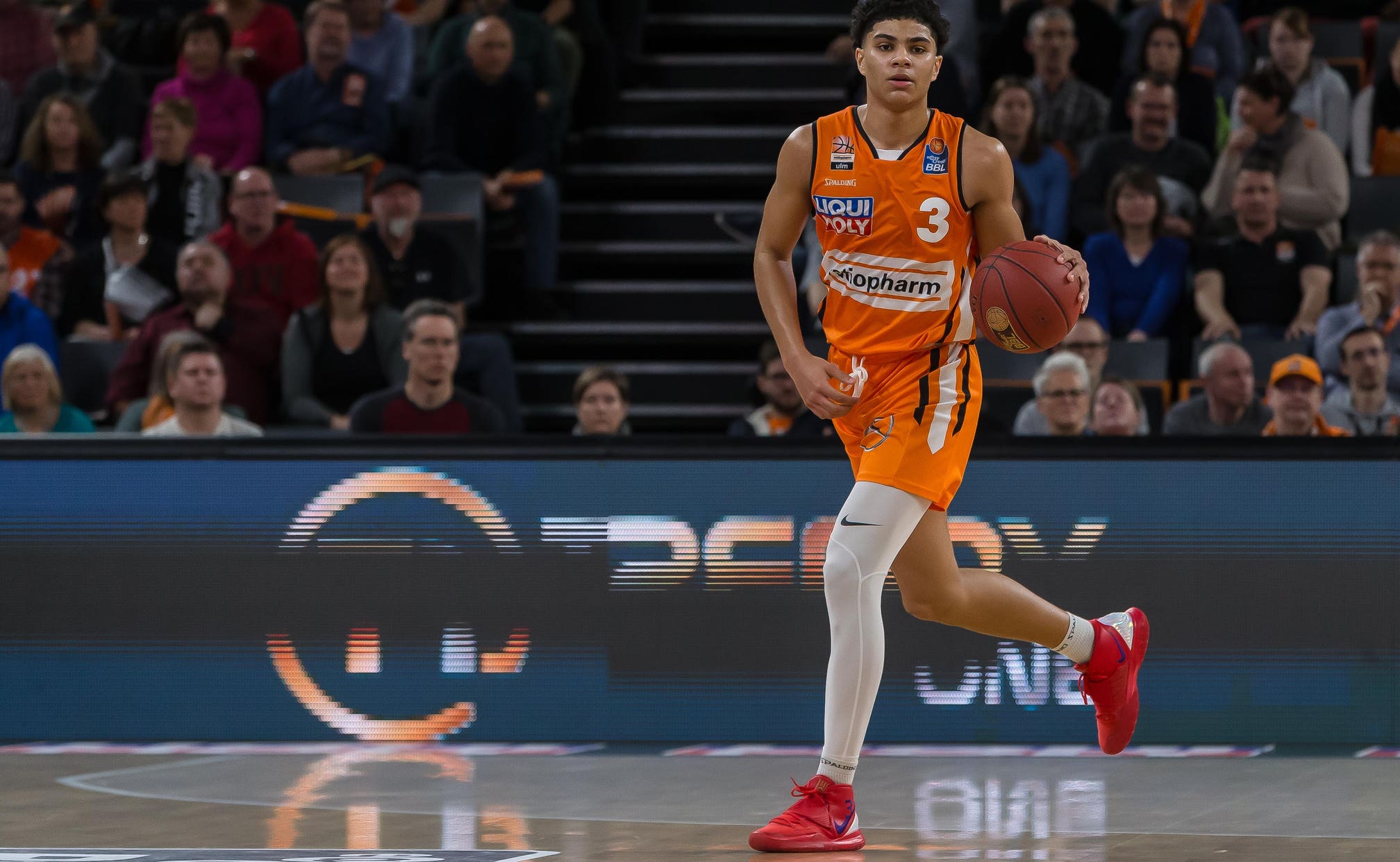 Per usual, the top of the 2020 NBA Draft board was filled college basketball's brightest stars and premier one-and-done talents.

But two players from outside of the United States managed to not only be selected in the top 10, but also make history for their respective countries.

First went Killian Hayes out of France, who was selected seventh overall by the Detroit Pistons.

Not far behind, Den Avdija out of Israel was selected ninth overall by the Washington Wizards.

And believe it or not, there is a strong chance that both guys outperform their draft slot according to ESPN draft expert Mike Schmitz, who had Avidja as his No. 4 overall prospect coming into Wednesday night.

"He plays such a coveted posiiton in today's NBA. Having a guy who is 6'10", 225 pounds, who can really play anywhere from one to four – that's really what you want. It's like a queen on a chess board – you can shift him all over the court."

"Of all of the prospects that we will talk about, he is the most experienced and game ready."

Avidja's professional career started in 2017 at the age of 16, and he has since won three Israeli League championships, while also becoming the youngest player to win Israeli League MVP at 19 years old.

Hayes is no slouch either, and coming into the draft, many saw him as the best prospect available.

And apparently, Hayes was prepared to land in Detroit, considering he spent the past summer training with former Pistons guard Will Bynum.

Hayes, like Avidja, got his professional start at the age of 16, joining the Cholet senior team, before working his way up the totem pole and joining Ulm of the Basketball Bundesliga, which is the top league in Germany and the Eurocup.

This past season, Hayes averaged 12.8 points and 6.2 assists for Ulm, all while shooting 39 percent from three.

With the success of international players such as Giannis Antetokounmpo and Luka Doncic, it's possible that Avdija and Hayes could be the next foreign superstars.

Pistons and Wizards fan will get begin to get their answers on the seldom-seen foreigners a month from now.

LaVar Talks His Stuff at Club Shay Shay
LaVar Ball stopped by the club to talk LaMelo being drafted, his three sons playing together, and going one-on-one with MJ.
14 hours ago

NBA Free Agency Tracker
The NBA free agency period is officially underway. Stay up to date with all the latest moves across the Association!
18 hours ago