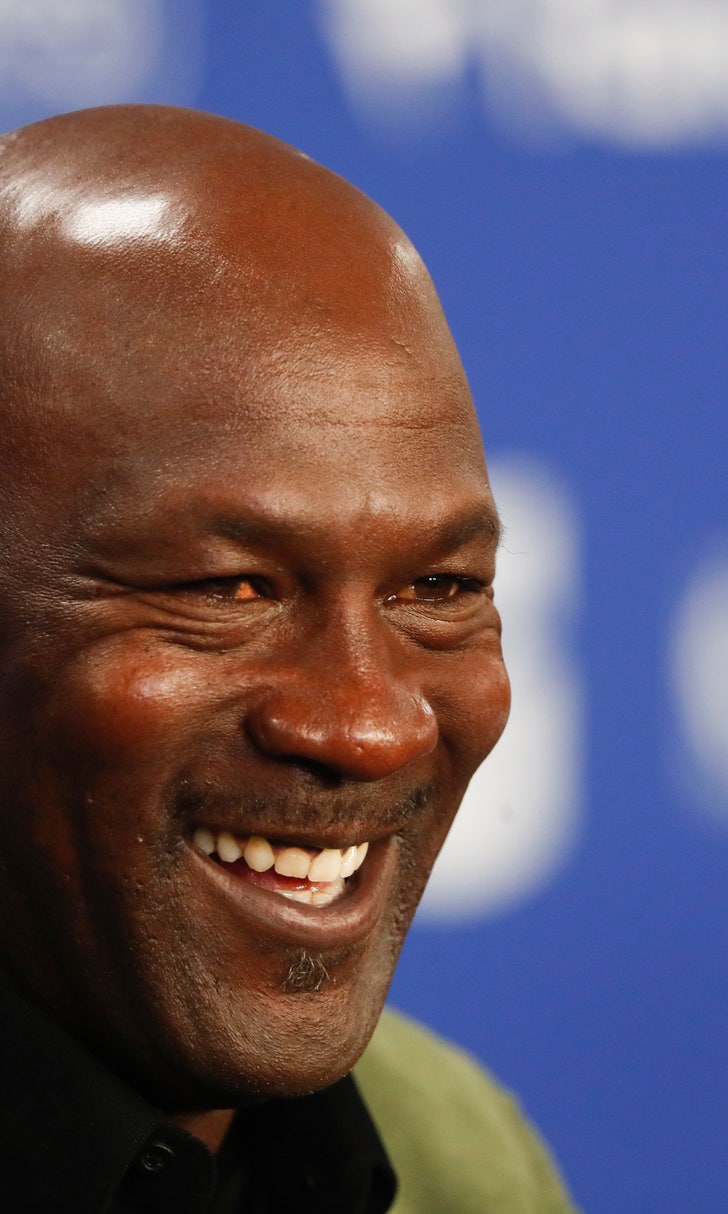 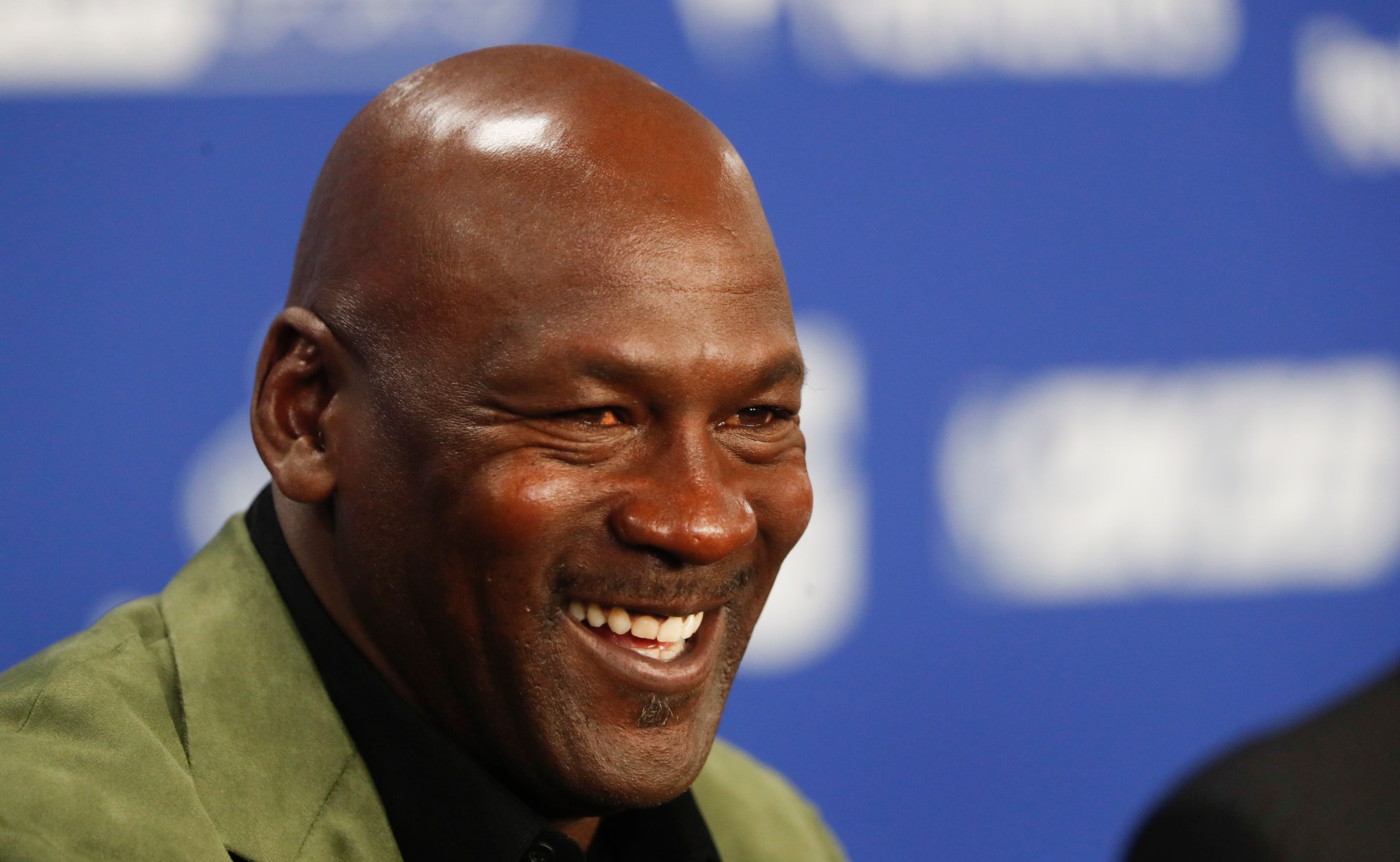 In Paris, Michael Jordan takes questions on many NBA topics

Michael Jordan and the Chicago Bulls probably played a role in changing basketball in Europe, when they played in Paris and won a tournament 23 years ago.

On Friday, back in Paris, Jordan lauded Europeans for now changing the game in the U.S.

Jordan, the owner of the Charlotte Hornets, was peppered with questions at a news conference before his team took on the Milwaukee Bucks in the NBA’s first regular season game ever held in Paris. Jordan shared the stage with NBA Commissioner Adam Silver and Milwaukee owner Marc Lasry and took plenty of queries seeking his opinion on the game’s past, present and future.

“I think the European players have expanded the style of basketball because of the versatility that they brought to the game, which I think is good for the game, which has increased the scoring,” Jordan said. “I think it’s just going to keep getting better. It forces us as Americans to play a more-rounded basketball game. That’s what the European players have taught us.”

The NBA is on pace to set a 3-point record for the eighth consecutive year, scoring is well ahead of where it was just a few years ago and roughly one in four players who are now in the league were born outside of the U.S.

Much has changed from when Jordan played and was the best player on the planet, leading the Bulls to six NBA titles. The game is truly global, played all around the world -- and now, Jordan noted, even has NBA teams like his own scouring just about every country on the planet for talent.

“The Dream Team started it and it just led right into us playing here,” Jordan said. “Now we’ve got two different teams playing, you’ve got China, you’ve got Africa now. The game is expanding all over the globe and I’m glad I was part of it and it will continue to get bigger because of the passion of the game of basketball.”

Here are some other notes from the pregame news conference in Paris:

Jordan was asked about the constant comparisons between him and Los Angeles Lakers star LeBron James, and if he thinks the now-16-time All-Star selection fits into the club of absolute greatest players in NBA history.

Jordan lauded James, and essentially pointed out that the debate simply cannot have a definitive answer.

“We play in different eras,” Jordan said. “He’s an unbelievable player. He’s one of the best players in the world if not the best player in the world. I know it’s a natural tendency to compare eras to eras and it’s going to continue to happen. I’m a fan of his. I love watching him play. But as you can see, our league is starting to expand (with) very talented players. I think he’s made his mark.”

Jordan Brand signed New Orleans rookie Zion Williamson to an endorsement deal, which Jordan said is an opportunity for the company to showcase both the Pelicans’ rookie’s personality and his obvious basketball talent.

“I think the NBA’s very fortunate to have a talented young man who shows a certain passion about the game,” Jordan said. “And that’s something that you can’t give. You’re born with it and you basically want to share it with the rest of the world. We looked at Zion being an impact player that would bring energy to the game of basketball ... so it was a great opportunity for us.”

Silver said the April board of governors meeting will have plenty of conversation about potential schedule changes -- including an in-season tournament and a play-in tournament to determine the last playoff spots.

The league is no longer planning a vote in April, but still has not ruled out the possibility of having any of those changes ready in time for the NBA’s 75th anniversary season in 2021-22.

“Originally what we had proposed is in essence a one-off experiment ... and what we heard back both from our teams and also from our media partners is we should look at something as a multi-year program,” Silver said. “The ultimate issue isn’t about the vote. It’s about what we should be doing.”

The Paris Game won’t be a one-year event. Silver said the league will bring two teams to Paris next season, noting that the Bucks and Hornets both asked to return -- but that it’ll be two different clubs instead. “Every team welcomes the opportunity to represent the NBA,” Jordan said.

Former NBA Commissioner David Stern, who died Jan. 1, was planning to be in Paris for the game. A pregame moment in his memory was held.

Stern was the driving force behind how the NBA has grown internationally in the last quarter-century.

“This was very much his vision,” Silver said.

Added Jordan: “I wouldn’t be here without David Stern and Adam can say the same thing.”

The Lakers Are Owning The NBA Offseason
The Lakers didn’t wait until Black Friday to get their hands on some of the juiciest bargains of the year, Martin Rogers writes.
10 hours ago

NBA Free Agency Tracker
The NBA free agency period is officially underway. Stay up to date with all the latest moves across the Association!
19 hours ago