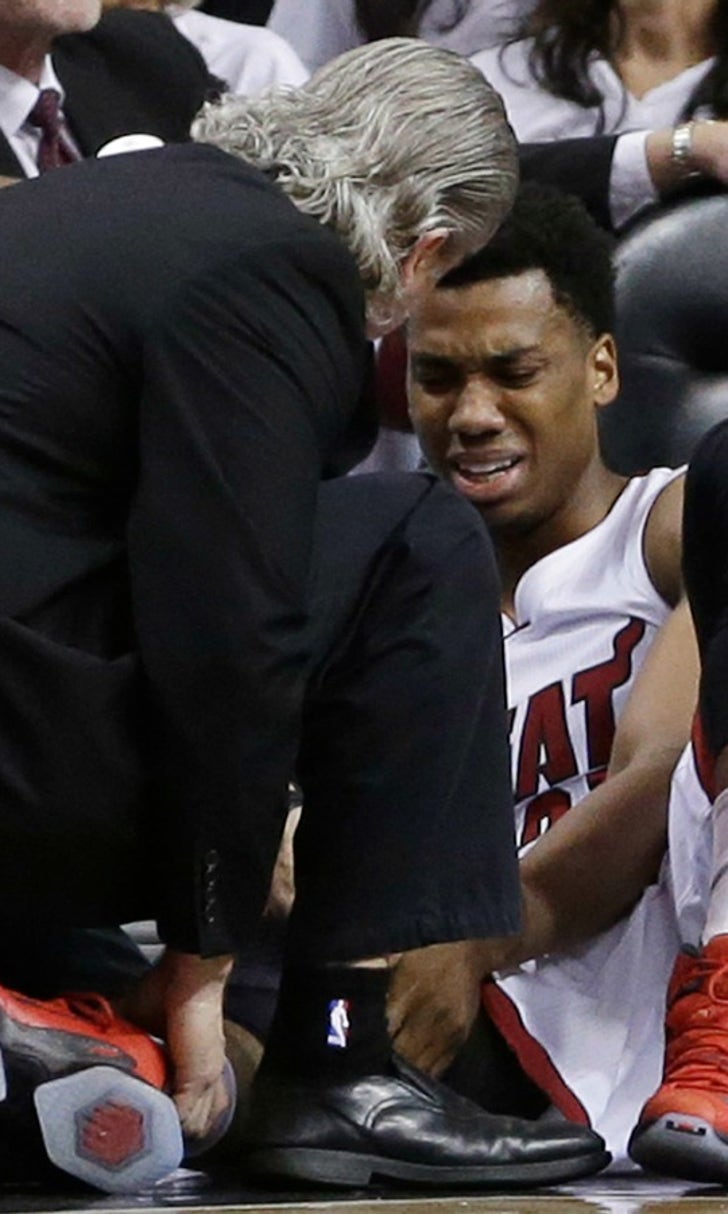 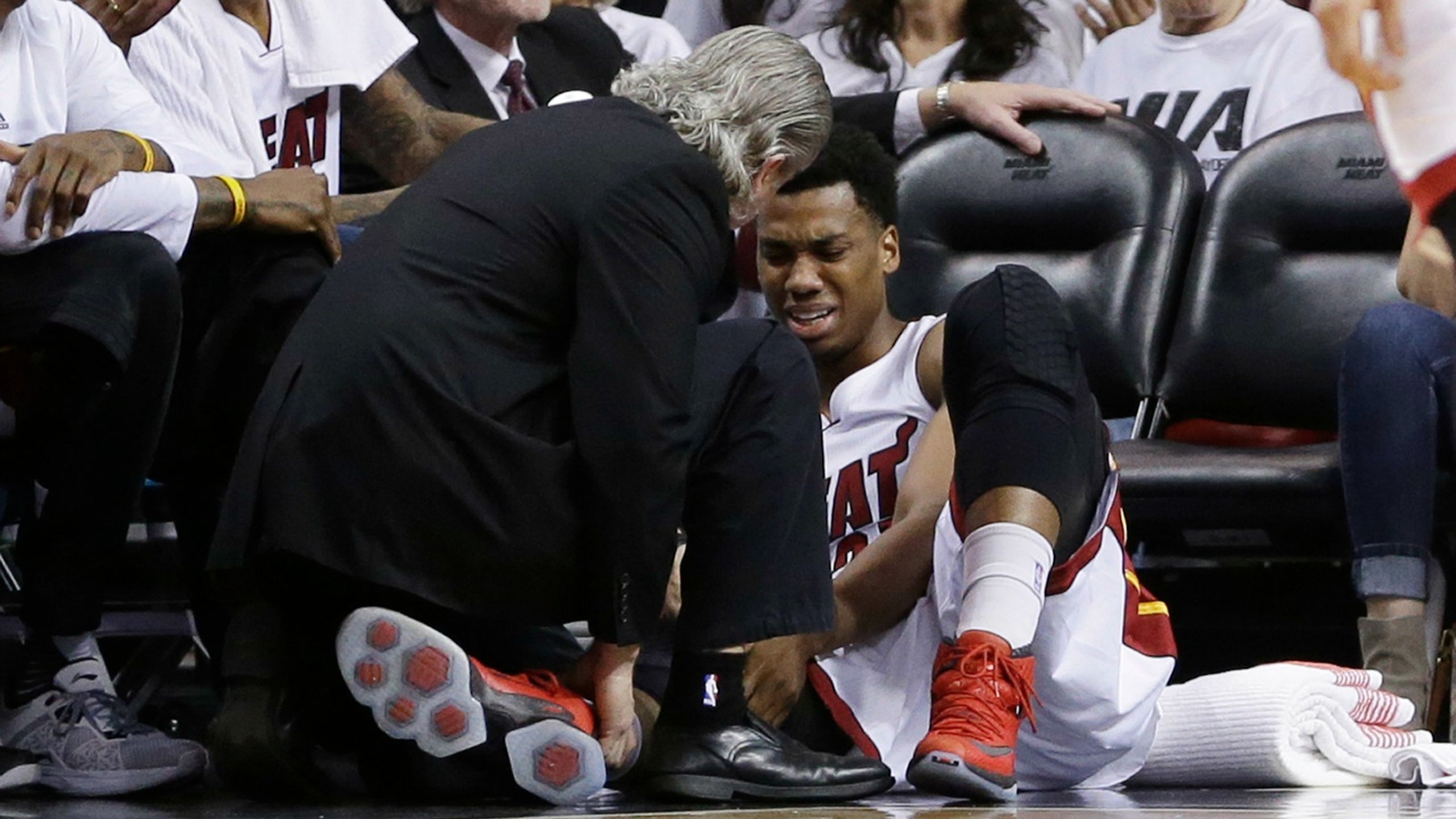 Heat's Hassan Whiteside will not travel to Toronto for Game 5 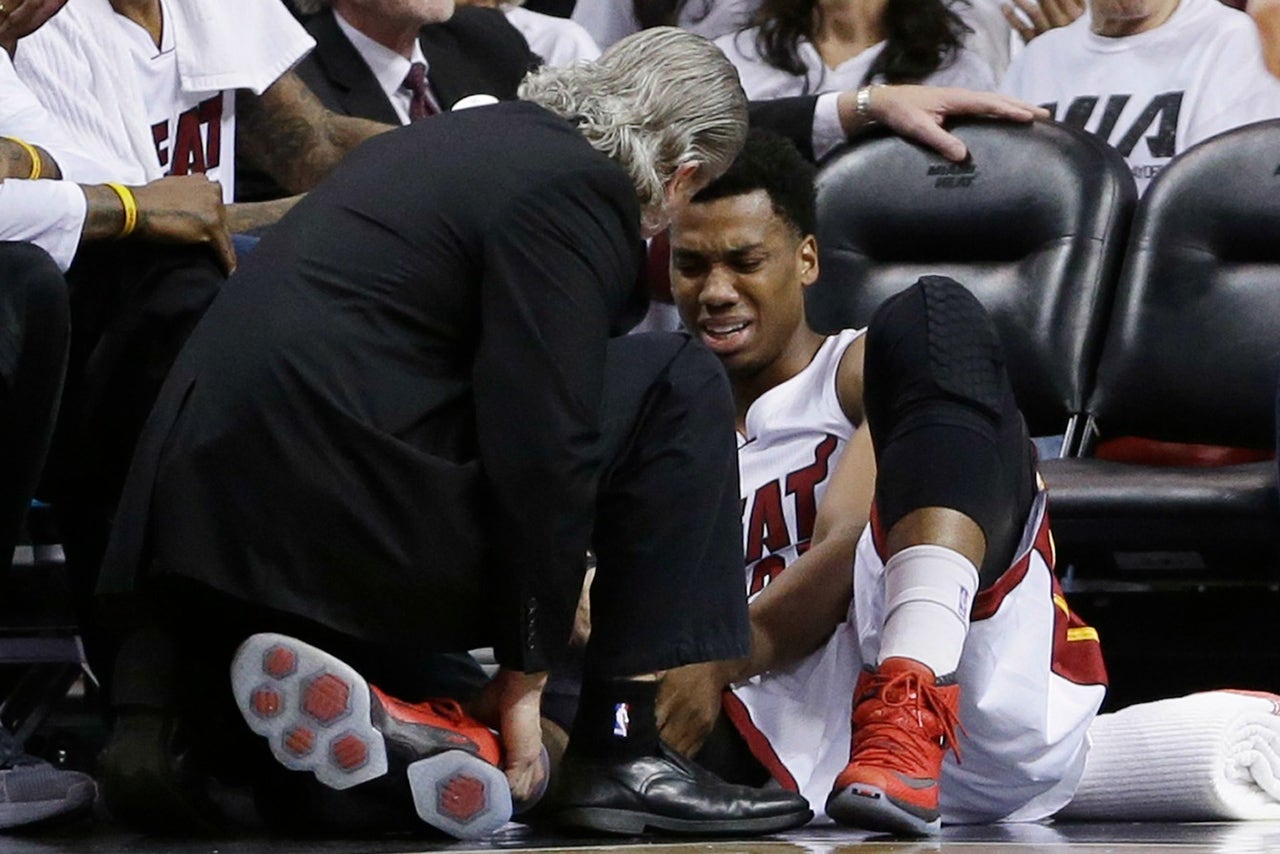 Hassan Whiteside will not be traveling with the Miami Heat to Toronto for Game 5 of the Eastern Conference semifinals on Wednesday night, the team announced.

Heat coach Erik Spoelstra said the center will remain in Miami for treatment and rest.

Whiteside, who sprained his right MCL after an awkward fall during the first half of Game 3 on Saturday, did not play during the Heat's 94-87 overtime victory over the Raptors on Monday night. No timetable has been given for his return.

The Heat-Raptors series is tied 2-2. Game 6 is back in Miami on Friday.