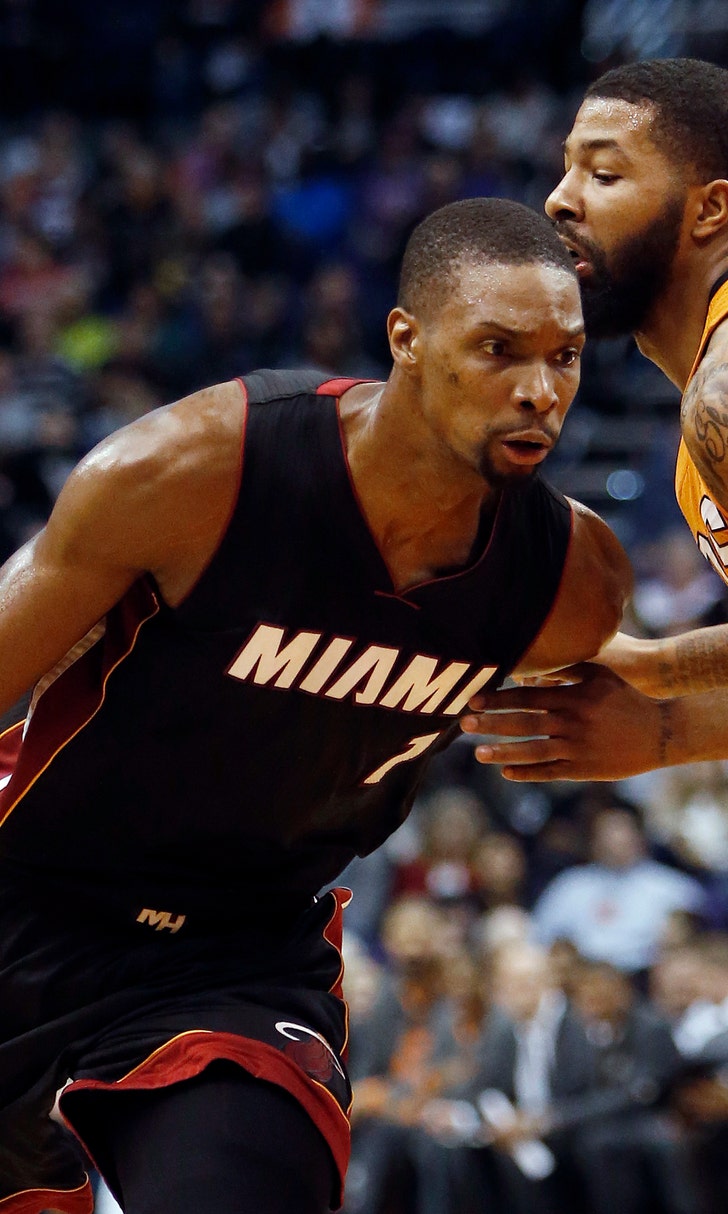 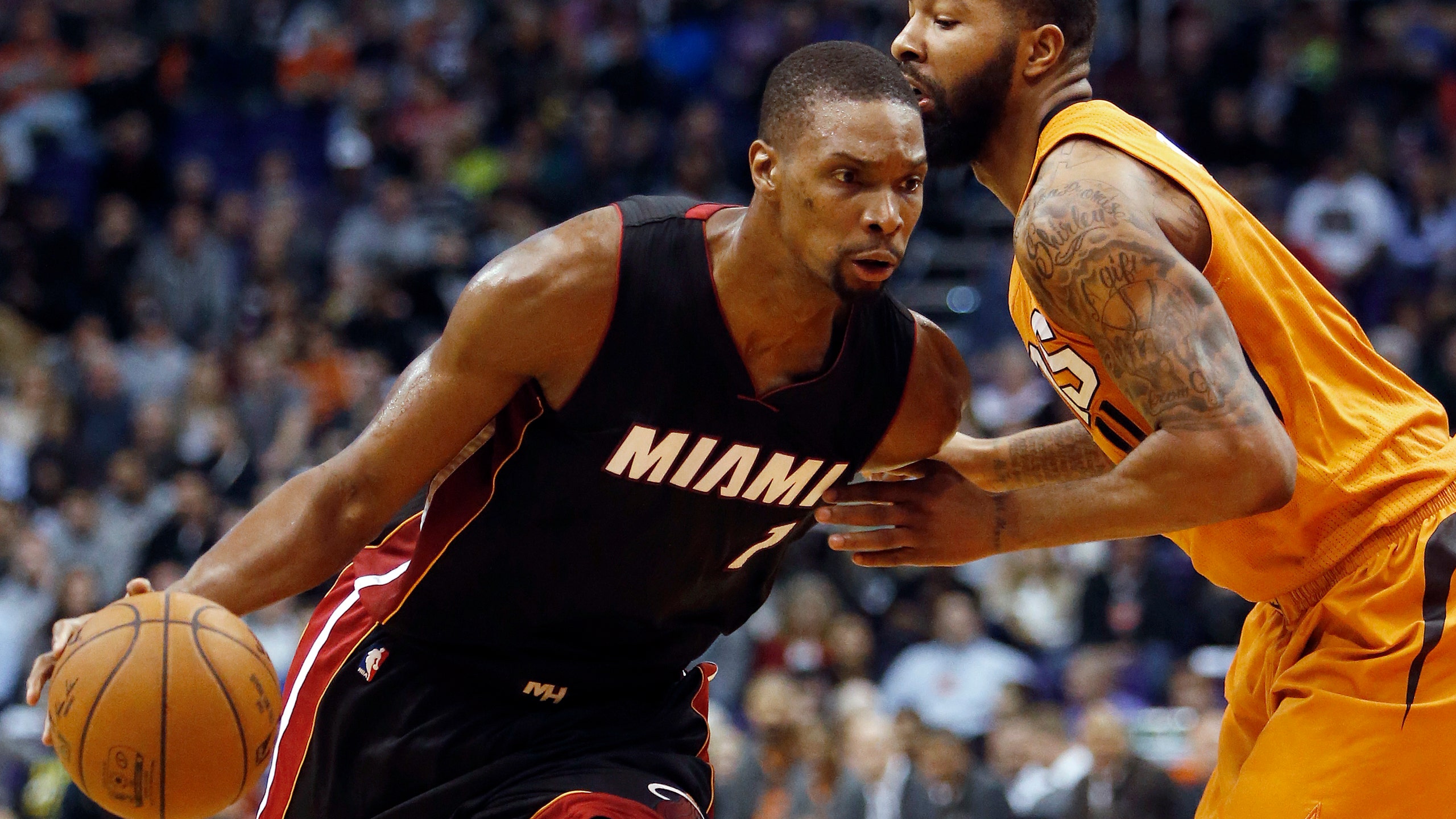 MIAMI (AP) — Chris Bosh, who had arguably the biggest rebound and assist in Miami Heat history, will have his No. 1 jersey retired by the franchise on March 26.

The Heat made the announcement Monday.

Bosh played parts of six seasons in Miami, before his career was cut short by recurring issues with blood clots. He last played for the Heat in 2016.

Bosh helped Miami reach the NBA Finals four times and win championships in 2012 and 2013. He grabbed a rebound and tossed the ball out to Ray Allen for a game-tying 3-pointer with 5.2 seconds left in regulation of Game 6 of the 2013 NBA Finals against San Antonio, a game that the Heat would win in overtime to force Game 7.

Alonzo Mourning, Tim Hardaway and Shaquille O'Neal are the other Heat players to have jerseys retired. Dwyane Wade, Udonis Haslem and LeBron James will likely receive the same tribute in the coming years.