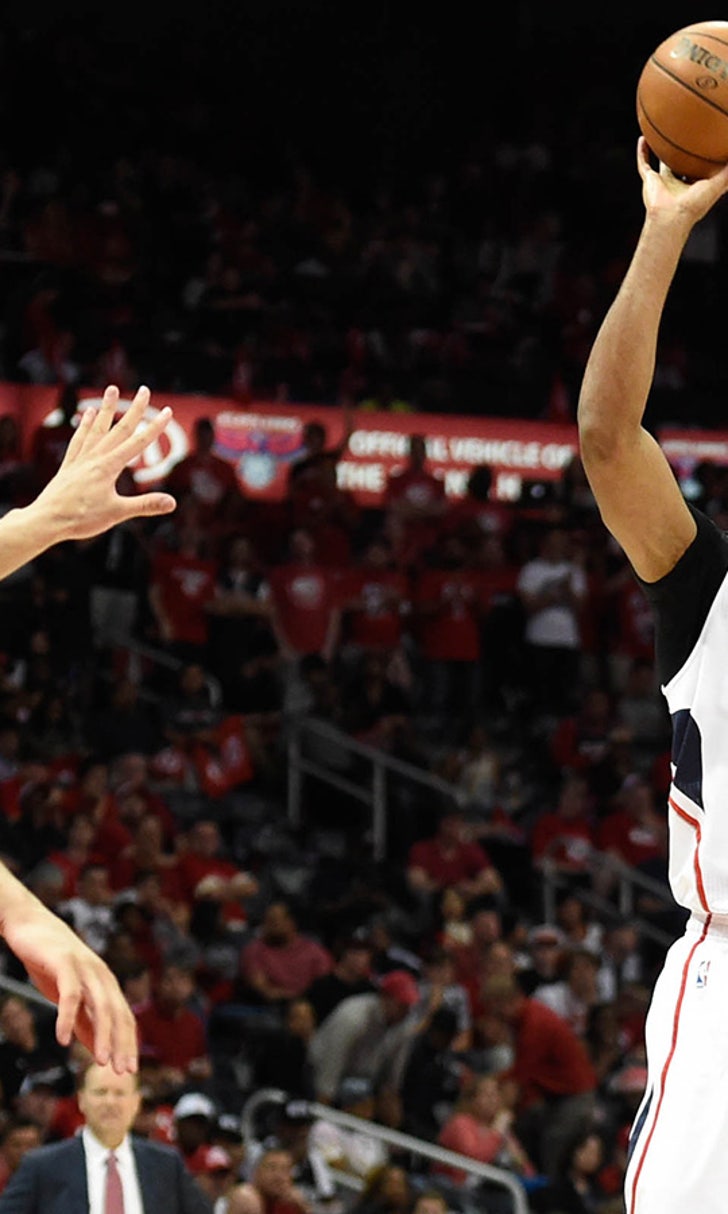 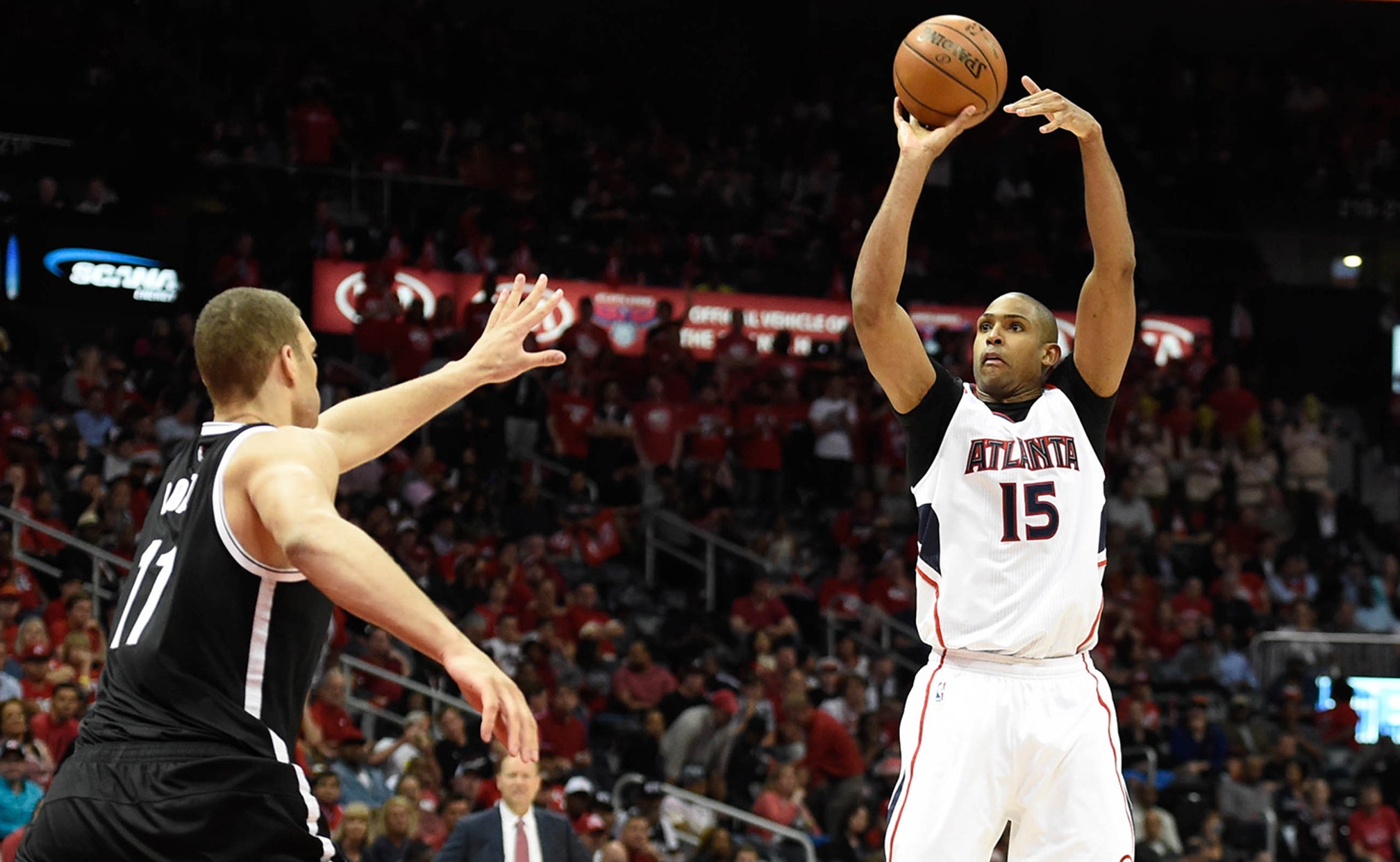 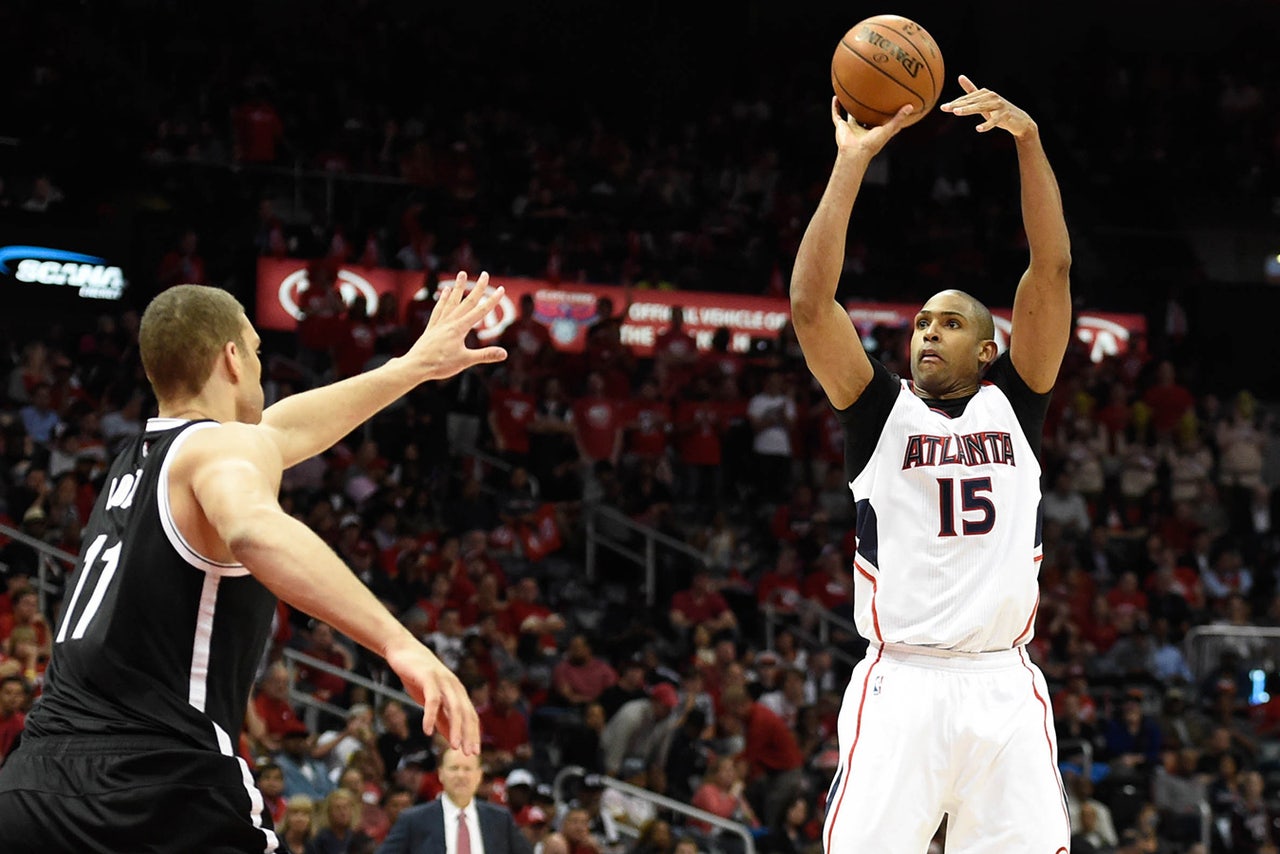 Al Horford was able to return to the court after dislocating his right pinky finger in the first game of the playoffs.

The Atlanta Hawks center is not sure about his status for Game 2 against the Brooklyn Nets.

Horford's injury, which occurred early in the fourth quarter when he went for a rebound, was the latest in a series of troublesome injuries for the top-seeded Hawks.

Paul Millsap is trying to get past a sprained right shoulder that caused him to miss five games late in the season. Wearing a compression shirt under his jersey to give the shoulder a little extra protection, the All-Star forward made only 2 of 11 shots in Atlanta's 99-92 victory Sunday night.

''It's definitely a concern,'' said Kyle Korver, who led the Hawks with 21 points in Game 1. ''Hopefully, it's not too big of a deal. But injuries are always something you're worried about.''

Horford was able to play the final 5:52 with his pinky taped to the ring finger. But he was in pain and thrown off by the tape job on his shooting hand. Not surprisingly, he missed his only two shots after the injury.

Immediately after the game, Horford said he definitely intended to play in Game 2 on Wednesday night.

He backed off that pronouncement a bit after getting treatment Monday.

''I think there's still some question about it,'' said Horford, coming off a 10-point, 10-rebound effort. ''I'm just going to keep treating it and hopefully I'll be good to go.''

The Hawks didn't have a formal practice, but Horford got in some extra shooting, trying to adapt to playing with two of his fingers taped together.

''I've been able to deal with the pain and the soreness,'' he said. ''It's just the taping, the mechanics of it, the way I shoot the ball. It disrupts the way I grab the ball.''

At least the schedule works in Atlanta's favor. There are two off days between Games 1 and 2, and two more between Games 2 and 3 when the series shifts to Brooklyn.

Millsap put in a grueling workout with plenty of shooting, which was evident from the sweat pouring down his face as he met with reporters. He made only 2 of 9 shots in the finale at Chicago after returning from the injury.

Now, after another poor showing, he's considering whether to ditch the extra padding under his jersey. While that would leave the shoulder more vulnerable, it also would improve Millsap's range of motion on his jumper.

''I'm trying to balance it out: pain to mobility,'' he said.

Coach Mike Budenholzer is confident his team has enough to depth to compensate if Horford has to sit out and Millsap keeps struggling. Along with Korver's clutch performance in Game 1, DeMarre Carroll and Jeff Teague scored 17 points apiece and Dennis Schroder added 13.

If Horford can't play, the Hawks will rely on some combination of Mike Muscala, Elton Brand and Pero Antic to handle the post.

Brooklyn coach Lionel Hollis, whose eighth-seeded Nets finished 22 games behind the Hawks during the regular season, isn't giving much thought to Atlanta's injuries.

NOTES: Brooklyn F Mirza Teletovic went through his second practice with contact as the Nets worked out at Georgia Tech. He hasn't played in nearly three months because of blood clots. Asked if he would be able to go a few minutes if needed, Teletovic replied, ''I'm in pretty good shape. For now.''

LaVar's Last Laugh
There was a method to the madness with LaVar Ball's efforts to get his three sons to the NBA. Does he deserve the credit?
49 mins ago

Here I Am: Skip Bayless' Story
In an emotional, revealing essay, Skip shares the people, places and events that made him the man he is today.
2 hours ago

AD Deal Reminds Us Of Lakers' Dominance
Anthony Davis’ new contract was expected and is a reminder that the Lakers are the focus of everyone else’s ambition, Martin Rogers writes.
22 hours ago

Face(s) of the Franchise
LeBron James and Anthony Davis have taken their friendship and turned it into a potential dynasty in LA, writes Melissa Rohlin.
23 hours ago