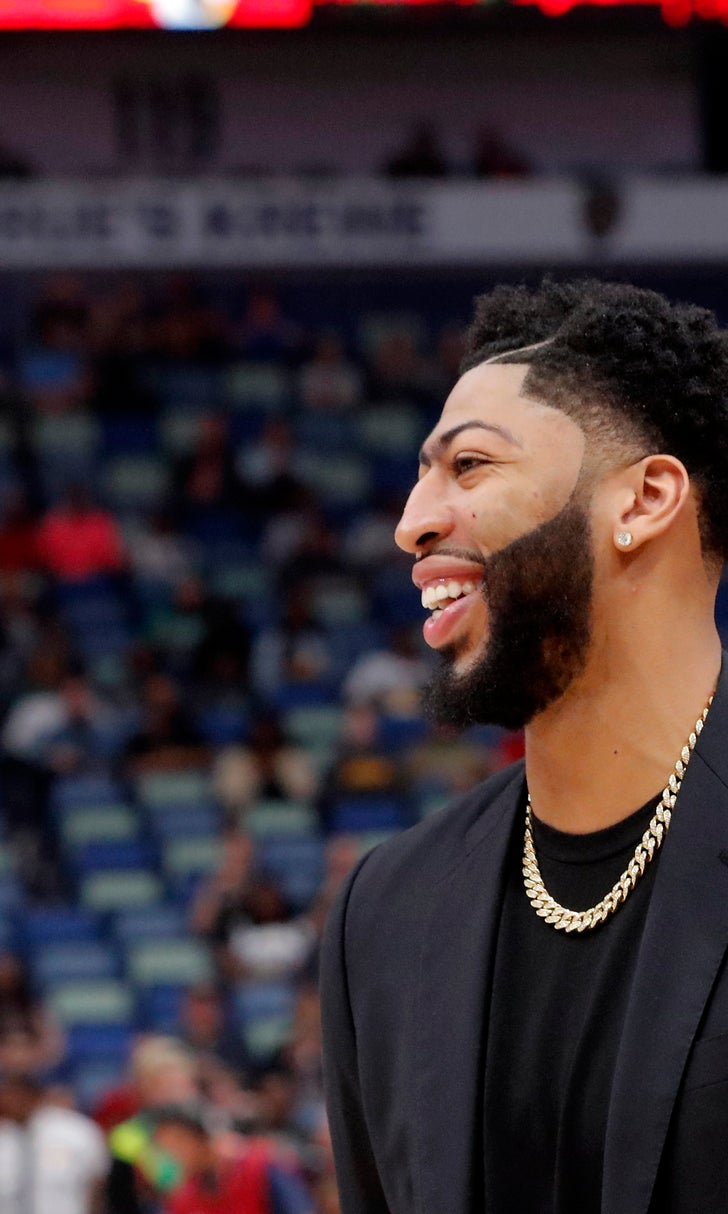 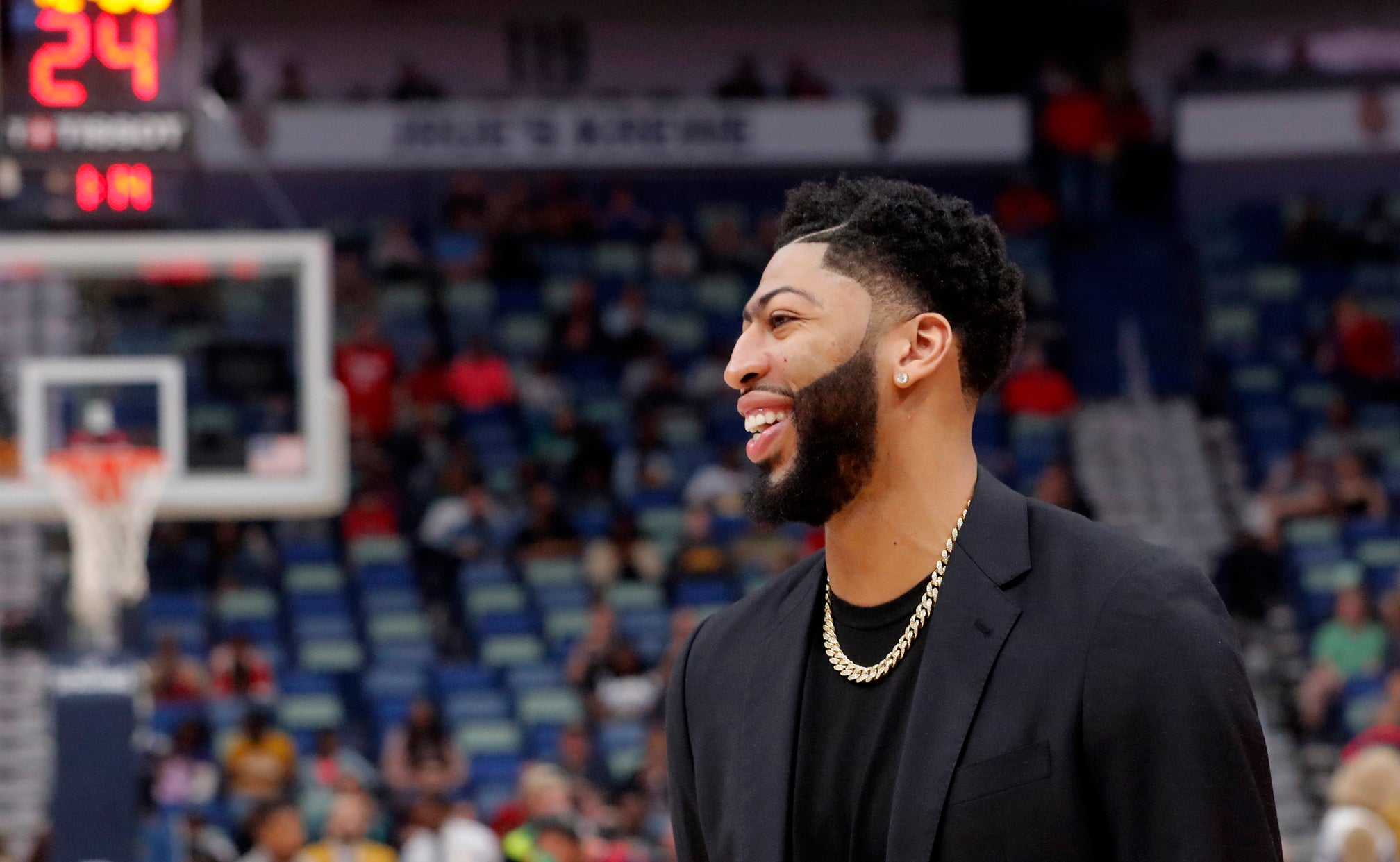 MIAMI (AP) — Anthony Davis is still a member of the New Orleans Pelicans.

Davis remained in place Wednesday, though the run-up to the NBA's annual trade deadline picked up steam in plenty of other locales around the league — including Dallas, where Mavericks forward Harrison Barnes didn't play in the fourth quarter of a win over Charlotte because of a trade with Sacramento.

"I got word of it during the game," Dallas coach Rick Carlisle said.

Tobias Harris going to Philadelphia from the Los Angeles Clippers as the centerpiece of a six-person, four-draft-pick swap was the first notable deal of Trade Deadline Eve. Later, Chicago agreed to acquire Otto Porter Jr. from Washington for Jabari Parker and Bobby Portis. The Mavs and Kings agreed to swap Barnes for Zach Randolph and Justin Jackson, and as the day was winding down the Wizards struck again — this time sending Markieff Morris to New Orleans for Wesley Johnson.

And business, on Wednesday, was busy — as expected.

The Dallas-Sacramento deal is significant for both sides.

The Kings are trying to get into the Western Conference playoffs, and now can add Barnes to their promising young core. Barnes has a $25.1 million player option for next season. Meanwhile, Dallas — which got Kristaps Porzingis and Tim Hardaway Jr. from New York last week in a massive deal — will have salary-cap space to spend in the coming months as it looks to add more pieces around Luka Doncic.

"Things are going to look different on the court," said Carlisle, who wished Barnes well and told him after Dallas' game that he believes the Sacramento deal is a good situation for him.

Harris, Boban Marjanovic and Mike Scott went to the 76ers, while Wilson Chandler, Mike Muscala and Landry Shamet went to the Clippers. Philadelphia — with an eye on moving way up from the No. 5 spot in the Eastern Conference — also gave up a protected 2020 first-round pick, a 2021 first-rounder that was once owned by Miami, and second-rounders in 2021 and 2023 through Detroit.

"We are in the unique position to contend now and we think this trade positions us well for the postseason," 76ers general manager Elton Brand said.

Porter will be headed to Chicago, with the Wizards taking back Parker and Portis. Parker has been bracing for a trade, and moving Porter is a financial win if nothing else for Washington. So is the move that sends Morris to the Pelicans, one that should get the Wizards out of having to pay anything in luxury tax this season.

Another deal with tax ramifications was worked out between Miami and Phoenix. The Heat sent Tyler Johnson and Wayne Ellington to the Suns for Ryan Anderson, helping alleviate the logjam of guards that Miami coach Erik Spoelstra has been dealing with all season — plus considerably lowering the Heat's expected luxury tax bill. It's likely that Ellington will be a buyout candidate, and therefore would be able to pick his own spot to finish the season.

"This business is tough but this kid is tougher," Heat guard Dwyane Wade wrote on Twitter, talking about Johnson. And later, he told Ellington he has "a brother for life."

Meanwhile, Davis remained in place and out of uniform.

The Pelicans haven't played him since he and agent Rich Paul went public last week with their trade request, and decided not to play the six-time All-Star in Chicago on Wednesday either. The reasons for that were obvious; in case a deal can be made, it's not worth it for the Pelicans to risk an injury.

"It's going to eventually get resolved," Gentry said.

There will be resolution — maybe just partial resolution, but resolution nonetheless — when the deadline arrives Thursday afternoon. Davis is still under contract for next season, so the Pelicans are in a slippery spot where they don't need to deal their best player now for fear of losing him in July for nothing but also know that he doesn't want to remain in New Orleans.

If the Pelicans don't trade Davis by Thursday, they'll almost certainly be back in the depths of trade talks in June and July — draft time and free agency.

"I mean, obviously, it's on everyone's mind," Gentry said. "But we just try to put it on the back burner and focus on the task at hand and that's playing the Chicago Bulls. Not anything we can do about it. ... I think everything kind of clears up after (Thursday), at least for a while. And you can go back to I guess normal, or whatever our new normal is going to be."

In other trades Wednesday:

— A person familiar with the terms said NBA-leading Milwaukee was sending center Thon Maker to the Detroit Pistons for forward Stanley Johnson. Both were lottery picks, Johnson in 2015 and Maker a year later. That trade was also pending the NBA reviewing the financial terms and approving, which is required for any deal to become final.

— The Los Angeles Lakers — one of the teams known to want Davis — made another deal, getting Reggie Bullock from the Detroit Pistons for rookie guard Svi Mykhailiuk. Bullock is a shooter, and Lakers star LeBron James loves surrounding himself with those. Bullock is making nearly 39 percent of his 3-point tries this season. Mykhailiuk has averaged 3.3 points in 39 appearances.

— Philadelphia swung a deal with Toronto, getting Malachi Richardson and some draft considerations for cash. Richardson appeared in 23 games during two seasons with the Raptors.

— Two people with knowledge of the deal say Houston, Sacramento and Cleveland are finishing a trade that will most notably send Iman Shumpert from the Kings to the Rockets. Houston is sending Brandon Knight and Marquese Chriss to the Cavaliers. Alec Burks — now traded for the second time this season, after starting the year in Utah — will go from the Cavaliers to the Kings, when the league signs off on the necessary matters.