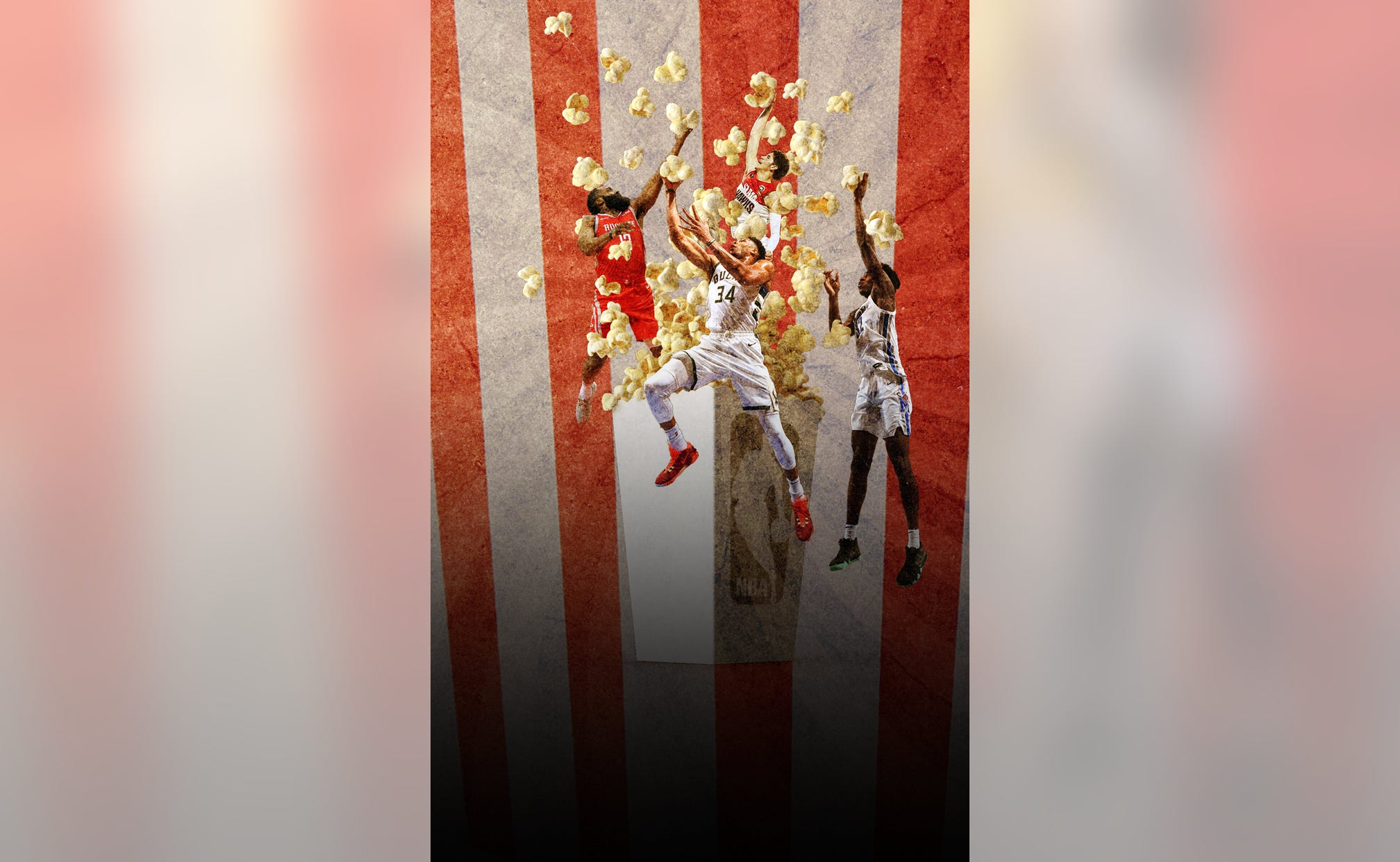 The NBA is treating us to a spirited flurry of action right now, the kind of activity that fans love most. No, not playoff games, rivalry games, All-Star Games or any other kind of games – just the eternal and frenetic cycle of moving chairs that forms its own game within the game.

In a pair of win-now moves squarely aimed at trying to persuade Giannis Antetokounmpo to cement his talents to Milwaukee, rather than take them off to higher-profile (and possibly sunnier) climes, the Bucks are reportedly poised to trade for New Orleans’ Jrue Holiday and Sacramento’s Bogdan Bogdanovic.

“I like what both guys add,” FOX Sports NBA analyst Chris Broussard said. “The Bucks have a chance to win it all but you can’t pick them just based off this move.”

Meanwhile, buzz around James Harden reportedly turning down the chance to become the league’s first $50 million per year player and instead seeking to form a superteam with Kevin Durant and Kyrie Irving in Brooklyn has the chatter-sphere ablaze, too.

“At this point, money, it’s not that it’s meaningless to James Harden but it’s close to it,” First Things First’s Nick Wright said on FS1. “The only thing left for him is a championship. He’s got the MVP, he’s got the scoring title, he’s got the assists title, but he has been to one Finals.”

Such things are discussed so greatly, yes, more than most actual games, because they have so much immediate impact on what the NBA is going to look like over the next few years. The big moves, the ones that are made with the true intention of trying to sway the dynamics of a fight for the title, are the ones that really grab us. Antetokounmpo and Harden fit squarely into that category.

In some ways, the burst of movement has served to overshadow the NBA Draft, which will take place on Wednesday, virtually and remotely. And yet it is worth remembering that the draft is a huge part of why this is the time when the wheels start spinning and the moving trucks get ready.

Draft capital is, in some ways, more valuable in the NBA than actual cash. Every team has an insane amount of dollars, most have the willingness to aim big and all have the requirement to spend by minimum salary regulations.

Virtually every big trade you can think of had a bevy of picks as part of it. That appears to be the case with Holiday, it certainly was with both Anthony Davis coming to the Lakers and Russell Westbrook to the Rockets and you can bet your beard that Houston would want a mountainous, years-long stockpile of them before considering letting Harden go.

And draft value is more clear, present and tangible right now than at any other time. Offering up a draft pick is a somewhat vague concept with to-be-determined worth if you extend it in January. Here, now, there is a clearer picture of the type of asset someone might be able to parlay it into.

This year’s draft has been a game in itself – the waiting game. The worst of the wait is naturally for the players involved, young men who dreamed of a moment that feels like the culmination of a journey but is actually, in the best-case scenario, the start of one.

With the draft positioned back from June to November, Anthony Edwards, the presumptive top choice, has been waiting to show what all the fuss is about. He is waiting to honor the memory of his beloved mother and grandmother who were lost to cancer, and waiting to prove if he can, like many say, be a new version of Harden.

LaMelo Ball is waiting and the NBA has been waiting for him. Remember when his father LaVar was the biggest and loudest personality in sports for a hot minute, with every latest outburst newsworthy fodder? Back when we were first introduced to the concept of Big Baller Brand and all it entailed, LaMelo was a skinny, 5-foot-10 freshman at Chino Hills (CA) High School. Now, he’s 6-foot-8, with professional experience in Australia behind him, and more Instagram followers than most NBA All Stars.

“I’m my own man, he’s his own man,” Ball said recently, referring to his father. “He has his opinions, I have mine. I feel like I can play on any team, and do good anywhere I go.”

A bunch of others, including former Memphis center James Wiseman, Israel’s Deni Avdija and Dayton’s Naismith Award winner Obi Toppin will be waiting for their name to be called, and hoping that the wait isn’t too long. The revelation that Wiseman has not spoken to the Minnesota Timberwolves suggests they already know what they are doing with the top pick, with Edwards the likeliest recipient.

Yet don’t be surprised if there are some more twists to come. Minnesota’s pick remains in trade play and so is the one that immediately follows it. We all forgot about the Golden State Warriors this past season, but remember that Steph Curry and Klay Thompson are back and that the team holds the No. 2 pick.

With Milwaukee having made their big play and Brooklyn lining up theirs, it is possible that the next blockbuster trade might involve one of those selections. Minnesota might have something up its sleeve. The last time the No. 1 choice was traded, the Timberwolves ended up with Andrew Wiggins in a deal that sent Kevin Love to Cleveland.

This year won’t go down as the most loaded draft class we have seen, but it is certainly an interesting one and offers extra fascination given the times we are in. The Lakers are the team everyone is chasing but big moves are afoot, and unless there is a sudden shift in how NBA teams do business, the draft and its assets are going to be heavily involved.

There is a lot going on because this is when the NBA really cranks into life. Its fan base can’t get enough of it because it is the season after the season, and the game within the game.

Building Blocks
The stars of the future have arrived. But who would you want to start your fictitious franchise? Skip and Shannon have an idea.
5 hours ago