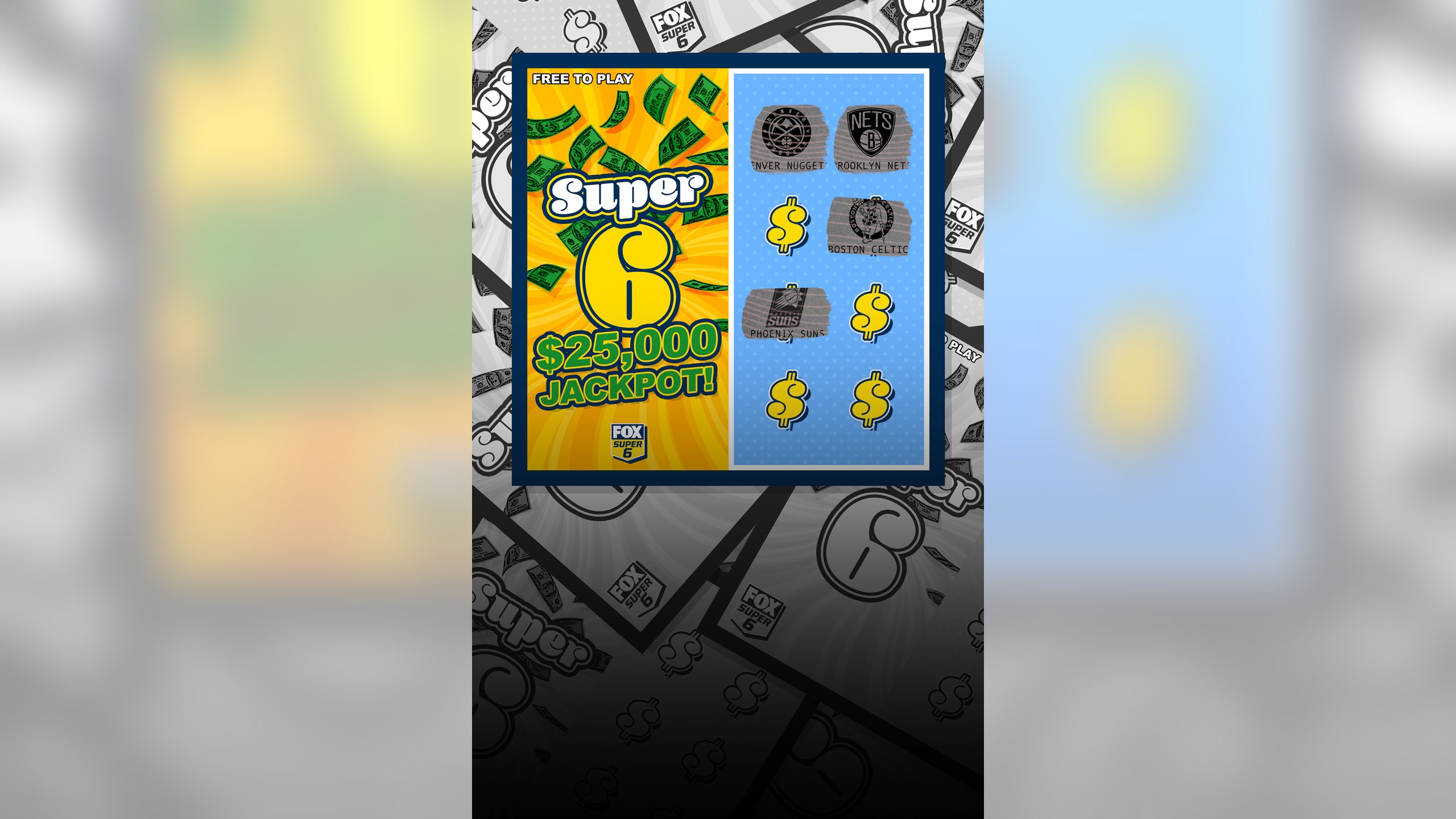 This is the time of year when East-West contests give us tantalizing prospects of what could be in the NBA Finals.

On Tuesday, there are matchups on both coasts that could come into play in June and July.

The Denver Nuggets will travel to Boston to face a Celtics team that has struggled but is still projected to be in the hunt in the Eastern Conference. Then, the Brooklyn Nets match up against the talented Phoenix Suns in the Arizona desert in what should be a back-and-forth affair.

The entire Tuesday night slate can be profitable if you play FOX’s Super 6 on the NBA on Tuesday. You could win $25,000, and the best thing of all: It’s free.

Just pick the winners of all six games and the winning margins, and you can win the jackpot!

These are two teams headed in opposite directions right now. Denver is coming off an impressive 122-105 win over the Lakers on Sunday for its third straight win. Nikola Jokic had a triple-double of 23 points, 16 rebounds and 10 assists. Jokic’s 26.5 points per game is currently ninth in the league, and his 11.5 rebounds and 8.7 assists rank fifth. The Celtics, meanwhile, have lost four of five and were blown out on the road by the Wizards 104-91 on Sunday. Boston is 3-7 in its past 10 while allowing opponents to average 108.4 points. Marcus Smart is out because of a calf injury.

The Spurs have won five of their past six and the first two games of this seven-game road trip to the Eastern Conference. Dejounte Murray has been stellar from the point guard spot for San Antonio, with 26 points, 12 rebounds and six assists in Sunday’s 122-110 win over the Hornets in Charlotte. The Pistons are led by Jeremi Grant, who is averaging 23.0 points per game while grabbing 5.4 rebounds.

The Pelicans are in a dangerous spot right now in the West, losers of three straight games and 13th in the conference standings. However, they beat the Grizzlies 118-109 back on Feb. 6 in New Orleans. Zion Williamson had 29 points, and Brandon Ingram had 27 in that game. Memphis is coming off an impressive 124-110 win over Sacramento on Saturday, highlighted by Jonas Valanciunas’ 25 points and 12 rebounds.

The Lakers will be without Anthony Davis, who aggravated his Achilles injury and suffered a calf strain in Sunday’s 122-105 loss at Denver. That ended a seven-game winning streak for Los Angeles, which heads home after this one for back-to-back games against the Nets (Thursday) and Heat (Saturday). Malik Beasley leads the Timberwolves with 20.9 points per game for a team in flux. Karl-Anthony Towns has been strong since he missed a month due to COVID-19 protocols, scoring 20 points and grabbing 11 rebounds Sunday in a 116-112 win against Toronto.

Portland is hot, winner of four in a row and coming off a big 121-118 road win over Dallas on Sunday. Damian Lillard scored 34 points and 11 assists, including a dagger 3-pointer in the final minute that proved to be the difference. The Thunder broke their three-game losing streak with a 114-109 win at home against Milwaukee. Justin Jackson had 22 points to lead the way for Oklahoma City.

Two teams with impressive pedigree meet in the Valley of the Sun. The Nets could be without Kevin Durant, who tweaked a hamstring Saturday in a win against the Warriors. Brooklyn’s Big Three of Durant, Kyrie Irving and James Harden have played only seven games together since the trade to bring Harden over from Houston. Phoenix has won six straight, all at home and all against the Eastern Conference. Devin Booker is averaging 24.9 points per night for the Suns.

Coming Of Age
Zion Williamson is having a historically dominant season and is turning the Pelicans into must-see viewing, Martin Rogers writes.
29 mins ago