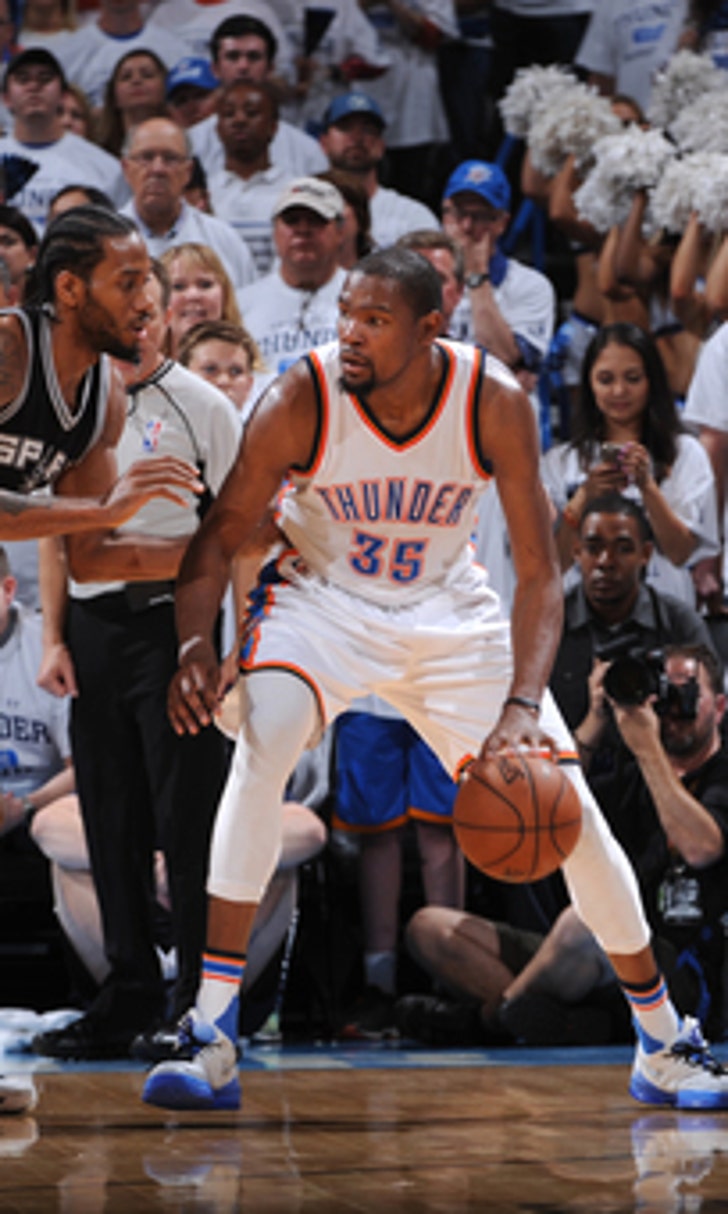 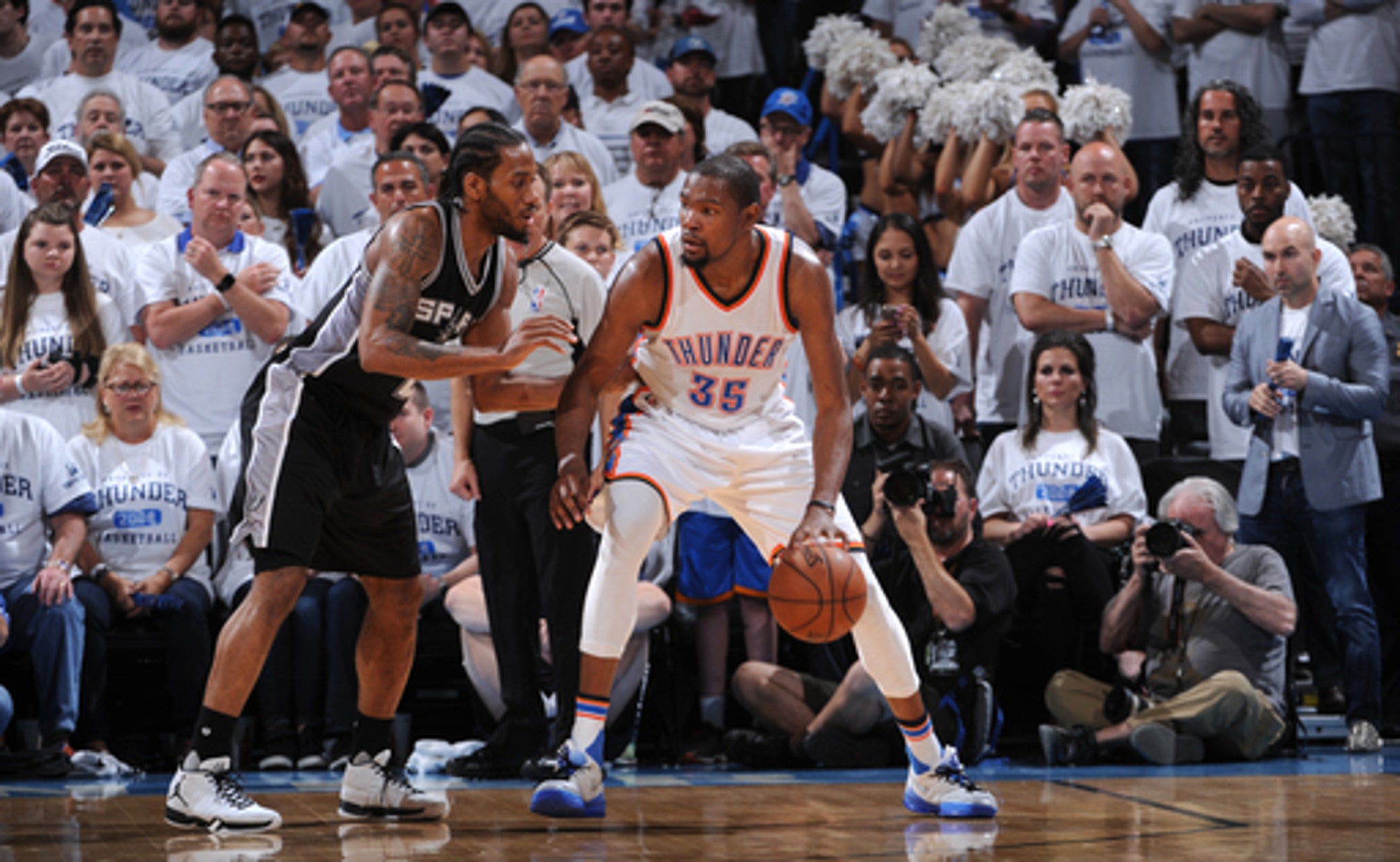 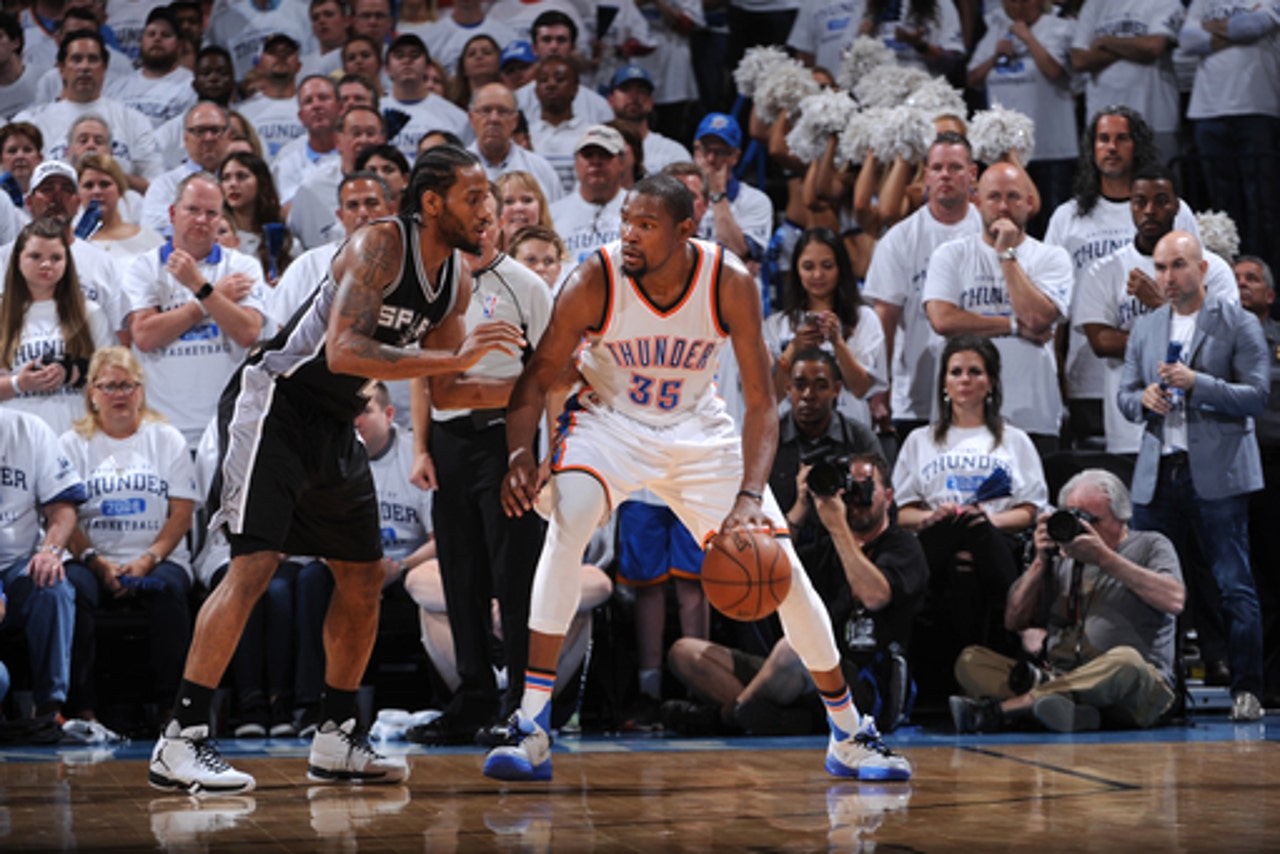 OKLAHOMA CITY (AP) Kevin Durant went on a scoring spree that was spectacular, even by his standards.

Durant had 29 points on 10-for-13 shooting in the second half. He scored 17 points in the fourth quarter, one more than the Spurs, and did it on 6-for-6 shooting.

Durant had plenty of help.

''My teammates did a great job of sticking with me and finding me and getting me easy baskets and screening for me and sacrificing their bodies, and I'm definitely grateful for it,'' he said. ''After they do all that, it's on me to finish the shot and just stick to the fundamentals I've been practicing since I was a kid.''

Russell Westbrook finished with 14 points and 15 assists, Dion Waiters added 17 points, and Steven Adams had 16 points and 11 rebounds for Oklahoma City. The Thunder shot 50.6 percent overall and 57 percent in the second half to avoid going back to San Antonio down 3-1 for Game 5 on Tuesday night.

''Durant got away from us,'' San Antonio's Kawhi Leonard said. ''Westbrook did a great job getting his teammates involved. But (they) got those offensive rebounds when we'd get him to miss.''

San Antonio led by 11 early in the second quarter, but the Thunder rallied and took a 45-44 lead on a 3-pointer by Durant with 1:47 left in the first half. The Spurs closed the quarter on a 9-0 run, with all the points coming from Leonard and Aldridge, to take a 53-45 lead at the break. Durant and Westbrook were a combined 6 for 21 from the field in the first half.

Boris Diaw's 3-pointer from the corner in the closing seconds of the third quarter gave the Spurs an 81-77 lead heading into the fourth.

Durant took over early in the final quarter. His back-to-back 3s gave the Thunder a 93-87 lead. Enes Kanter's fast-break dunk pushed the lead to 100-93.

San Antonio hung tough, but a baseline floater, a layup and a corner 3 by Durant made it 108-97.

''They just outplayed us,'' Aldridge said of the Thunder's dominant fourth quarter. ''They made more plays than us. They got to the ball faster. They crashed the boards harder. We took tough shots. We had open shots, too. We didn't make shots. They played better than we did down the stretch.''

The Spurs had shot 43.9 percent from 3-point range in the series, but made just 2 of 12 from deep on Sunday. The Spurs also had just 12 assists.

''Guys wanted the ball and just didn't make shots,'' Spurs guard Manu Ginobili said. ''We never really got into a good offensive rhythm tonight but we kept making runs. Guys kept making plays at certain times but we had a lot of open looks that we didn't make. If you don't make shots, the assists don't come.''

Thunder: Westbrook was called for a technical with 2:22 left in the first quarter, and assistant coach Maurice Cheeks had to hold him back as he complained to official Danny Crawford. ... Durant's mother, Wanda Pratt, attended the game. She was the subject of a Lifetime movie about raising Durant that premiered Saturday.

Onward in H-Town
The Harden era has ended. But with Victor Oladipo joining John Wall and DeMarcus Cousins, redemption is possible in Houston.
7 hours ago