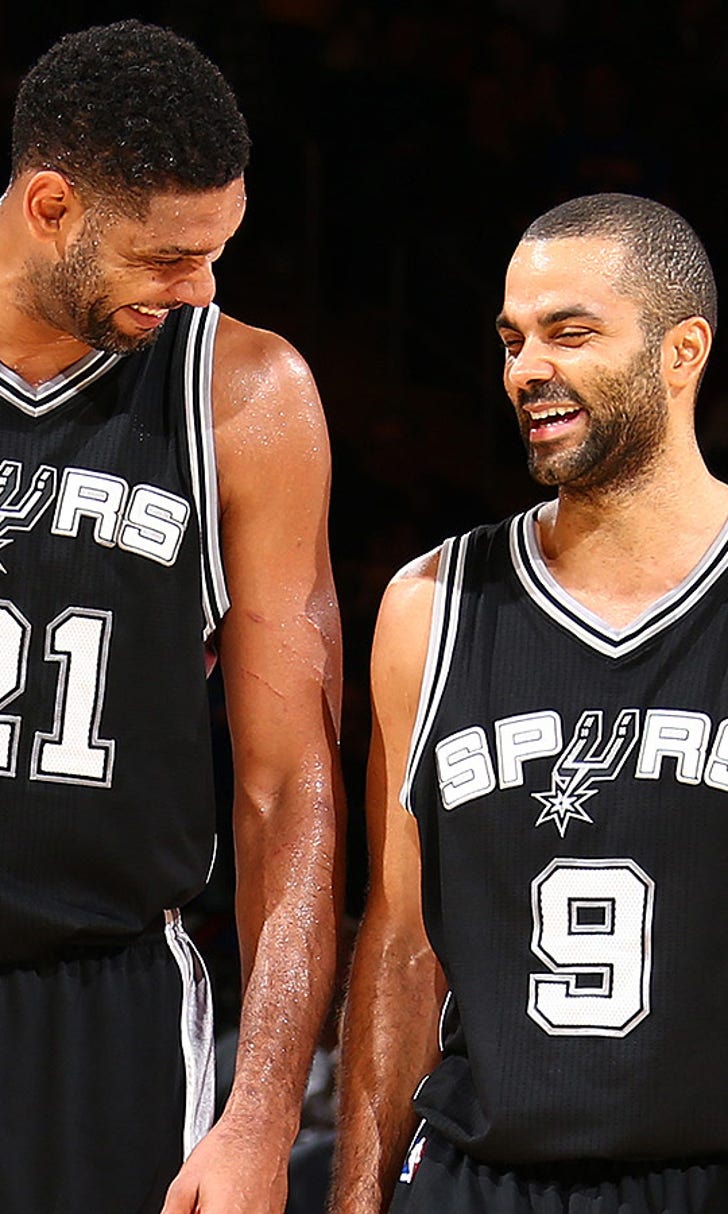 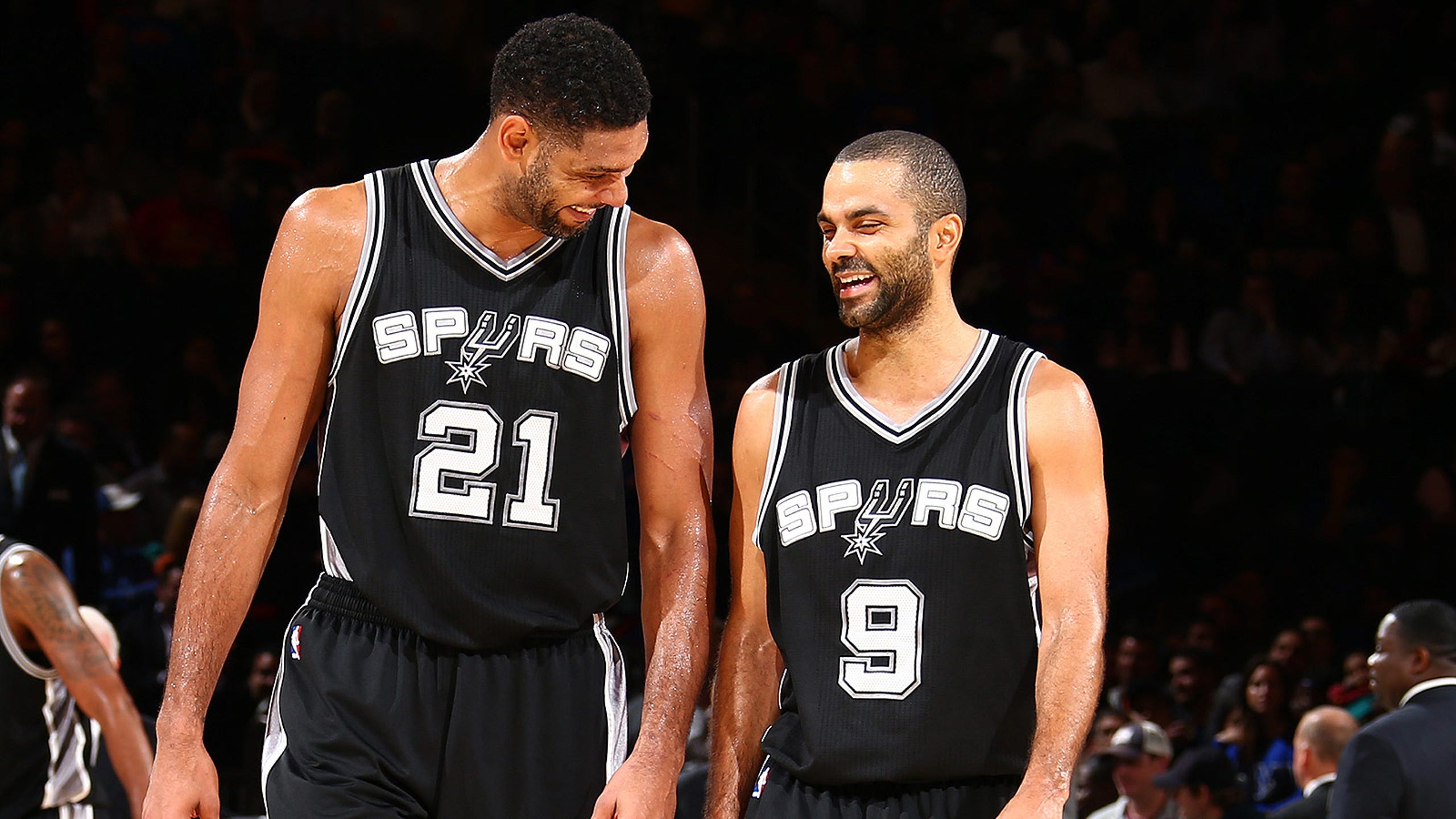 Duncan, Spurs go where no player-team tandem have gone before 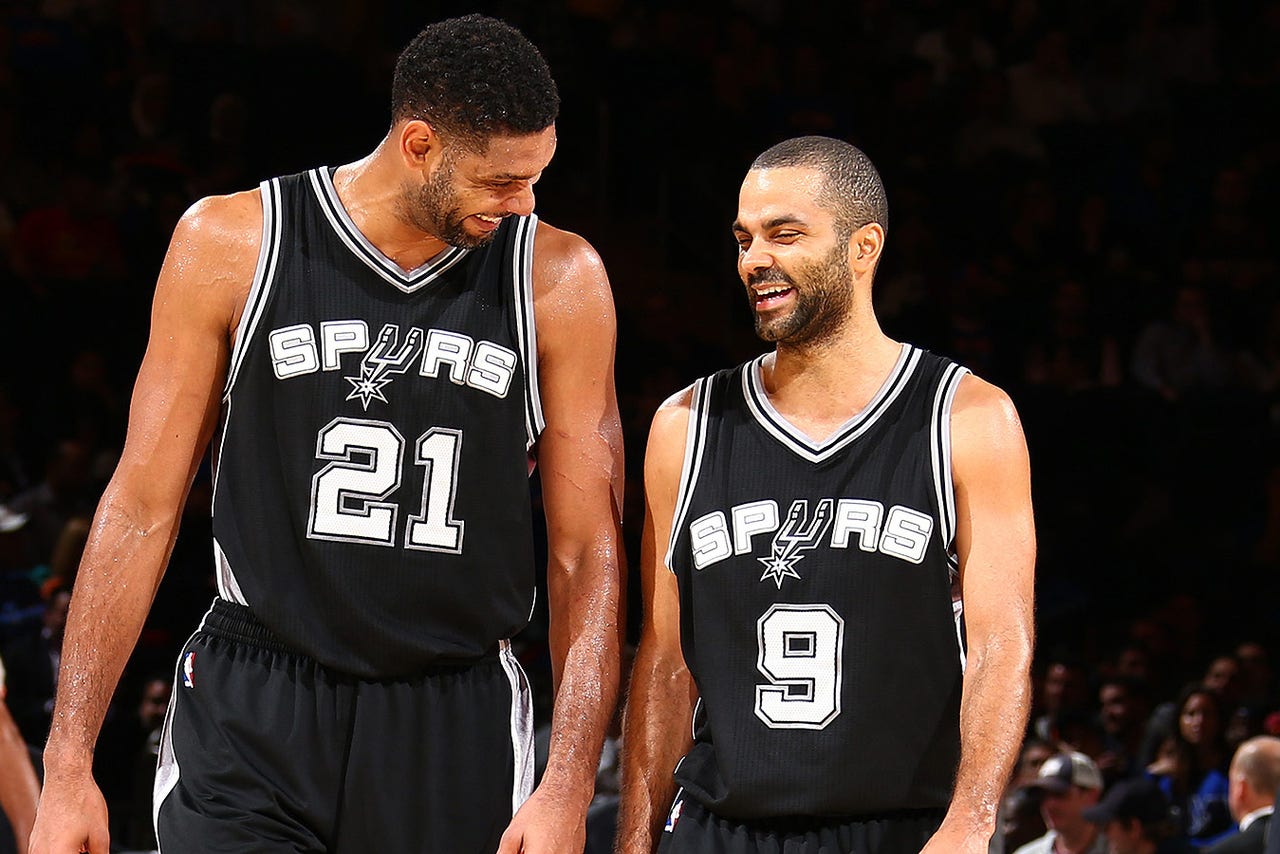 He has won more games with the Spurs than any other NBA player with one team, yet Tim Duncan doesn't exactly know what they want from him.

With LaMarcus Aldridge on board and Kawhi Leonard's game blossoming, Duncan isn't sure what his role is.

He and the Spurs are winning while they learn.

Aldridge scored 19 points, Leonard had 18 points and 14 rebounds and San Antonio beat the New York Knicks 94-84 on Monday night to give Duncan a milestone victory.

Tony Parker also finished with 16 points, but the days of he and Duncan carrying the offense are mostly gone now.

"I think for him and me, sometimes it's going to happen, sometimes not. It's just that we have to do the little stuff," Parker said. "Make sure we play defense, stop our guy and for me personally, running the team, and for Timmy, get the board and stuff like that, blocking shots, and Timmy's always been doing that anyways."

Carmelo Anthony scored 19 points for the Knicks but struggled to just 4-of-17 shooting while often guarded by Defensive Player of the Year Leonard. Anthony was coming off a season-best 37 points on Saturday in a victory at Washington.

"It's a learning process, learning situation for us, this game right here, and we'll learn from it," Anthony said.

Aldridge followed his best game with the Spurs, a 24-point performance in a 95-87 victory in Boston on Sunday, by shooting 8 of 15 and grabbing six rebounds.

Rookie Kristaps Porzingis had 13 points and 14 rebounds for the Knicks but left the game with 2:49 remaining when Anthony appeared to land on Porzingis' head while taking a shot.

Porzingis had a highlight moment earlier in the game, climbing high over Aldridge from behind to throw down a follow dunk.

The Spurs led by just four with under 9 1/2 minutes remaining when Manu Ginobili made a 3-pointer, and the lead was never less than five again. Ginobili talked the Spurs into letting him play despite coach Gregg Popovich's intentions to rest him on the second night of a back-to-back.

Knicks: Forward Kevin Seraphin made his first appearance with the Knicks in the second half. Signed from Washington in the offseason, he had missed the first three games recovering from a sore right knee. Fellow newcomer Arron Afflalo remains out with a strained left hamstring. ... New York City Marathon champions Stanley Biwott and Mary Keitany were at the game.

Porzingis was on the floor trying to retrieve a loose ball under the basket on the play he was hurt. Anthony picked it up first and shot, then tumbled backward over the Latvian. Porzingis remained down, holding his head while play continued. He said his neck was feeling sore and stiff and he wasn't sure if he would miss any time.

The Westchester Knicks, the Knicks' NBA Development League affiliate, drafted former BYU star Jimmer Fredette with the No. 2 pick in the draft. He was in Spurs training camp but was cut, with Popovich saying they had too many guards.

"No room at the inn really, but he did a good job," Popovich said. "Everybody knows he's such great kid, good competitor. Just hope he finds a place."