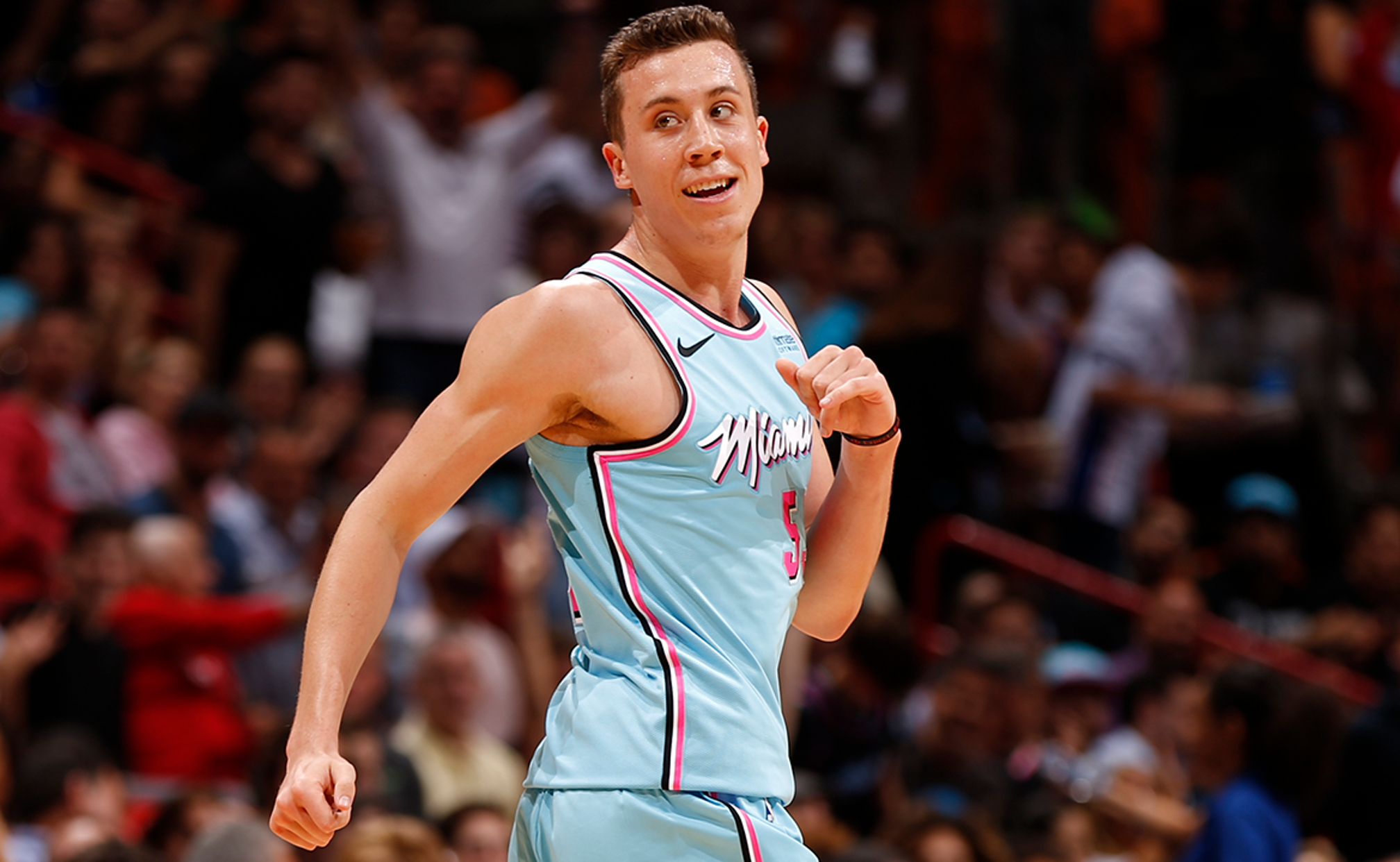 The conversation began with Robinson's experience in the bubble. From training to non-basketball activities, Duncan embraced the experience and appreciated the opportunity to play.

"I'm incredibly grateful just for the run that we had, the experiences, the fact that we were able to finish that season."

Robinson, who started most of the Heat’s regular season contests, hit his stride in the postseason by sinking 62 three-pointers in Miami's run.

However, he struggled with his shot early in the 2020 NBA Finals. It wasn't until Game 5 that he finally found his footing and hit seven three-pointers, the third-most 3s ever made in an NBA Finals game.

Robinson also shared his mindset going up against a player he idolized from a young age in James, and how on the court he had to visualize The King as just another player.

"It was a big time effort beforehand to completely get rid of that mentality."

But Duncan has made a name for himself in his own right, and his underdog story went viral after Tate posted a tweet featuring a text he received from Robinson before his NBA days.

Robinson went from a Division 3 player at Williams College, to sharpshooter at Michigan, to undrafted free-agent in the 2018 NBA Draft, to starter in Miami.

While Robinson was never certain the NBA would be a reality, he believed in himself enough to try.

"I hope at some point [I can be viewed as] just a respectable NBA player. My work at that level just speaks for itself."

The Heat took a chance on Robinson, and he is forever thankful for the opportunity.

"[Minutes] certainly wouldn't be guaranteed anywhere else – so much of it is situation and opportunity. They [Miami] gave an undrafted guy an incredible opportunity to be the best version of myself. I don't think a lot of organizations would do that."

Robinson also spoke about his relationship with Heat star Jimmy Butler and how he supported Robinson even when Duncan wasn't performing at the highest level.

"He's going to get on you probably more-so in public places, but it's behind the scenes that he'll put his arm around you and let you know that he cares about you."

But not everyone has been so kind to Duncan, including the infamous Twitter trolls.

During the Finals, the Lakers' bench started calling him "Jimmy Neutron," the main character from the former Nickelodeon show The Adventures of Jimmy Neutron, Boy Genius.

Twitter agreed with Los Angeles' newest nickname for Robinson, and added a few more characters to the mix, including another member of the Jimmy Neutron cast, Sheen, as well as Andy from Toy Story 3.

But Robinson doesn't mind the jokes.

"I'm OK with it. My only problem with that is that I get Sheen and Jimmy Neutron as well ... I can't be both, like that doesn't even make sense. How can I be two characters from the same show?

Check out the entire interview below.

AD Deal Reminds Us Of Lakers' Dominance
Anthony Davis’ new contract was expected and is a reminder that the Lakers are the focus of everyone else’s ambition, Martin Rogers writes.
8 hours ago

Face(s) of the Franchise
LeBron James and Anthony Davis have taken their friendship and turned it into a potential dynasty in LA, writes Melissa Rohlin.
9 hours ago

Lakers Lock In Anthony Davis
The Lakers made another big splash on Thursday, inking Anthony Davis to a huge extension a day after extending LeBron James.
14 hours ago